Saving lives and improving the world cannot help but create a better economy. 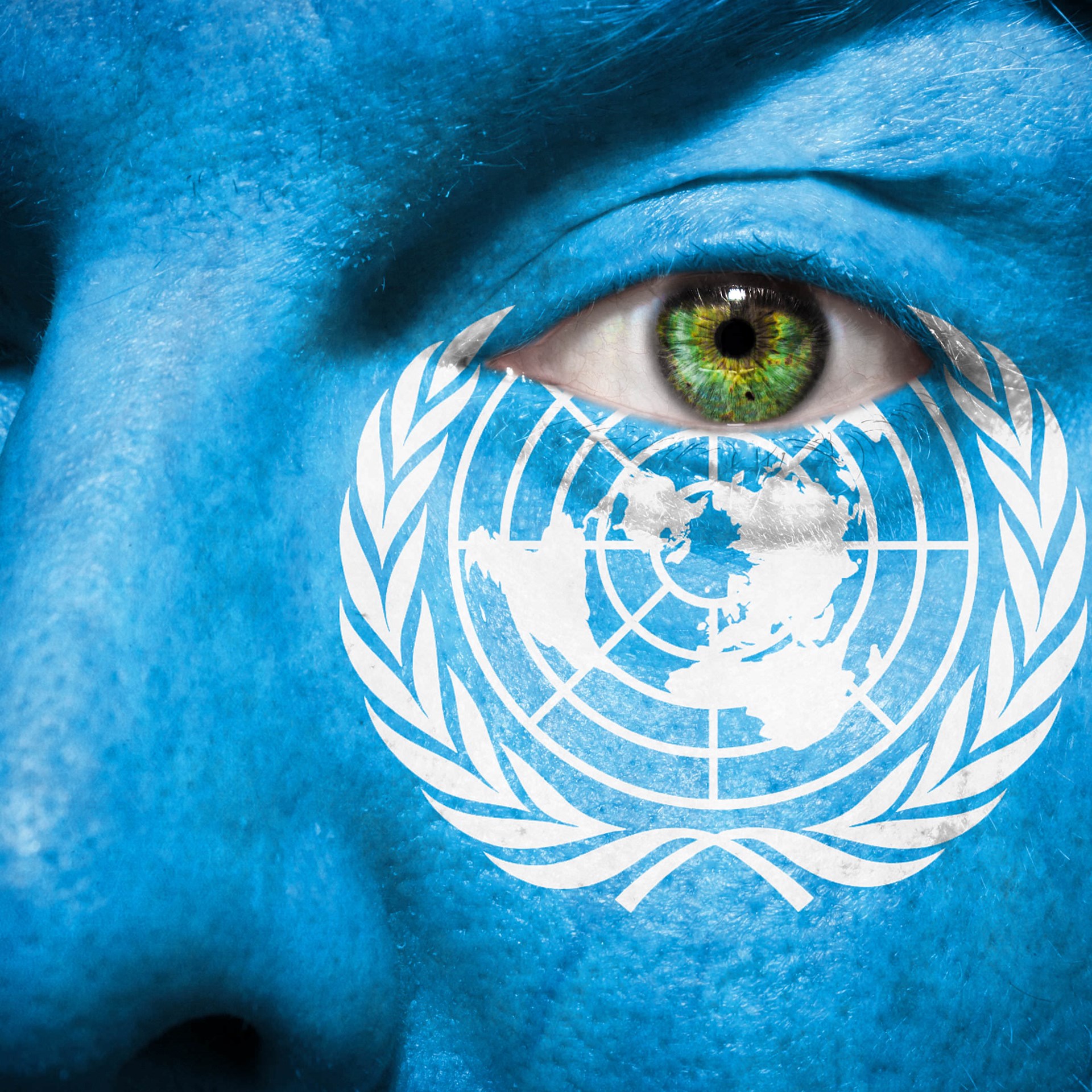 There’s a veil of mysticism that hangs over the words “the United Nations.” It conjures up an image of an international Shangri-La, in which the most well-intentioned and highly-motivated members of our countries work steadfastly together towards a Utopia for the sake of us mere mortals.

Pull back that veil and enter that world of beautifully multilingual elites and you’re as disappointed as you are when you learn a magician’s secret.

As with everything in politics, there is a disconnect between the illusion and the reality.Unfortunately, the United Nations is, at the end of the day, a government organization. It may not be tied to any one government, but it operates as a government in and of itself. It has a bureaucracy, a hierarchy, laws. The members are only human, not demigods made divine by their appointments. They eat sandwiches and wear uncomfortable headsets so they can understand each other's languages. The carpet on the floor is just a carpet, and the microphones malfunction just like they do everywhere.

The veil is just a veil, and the conjured image is just a conjuring. As with everything in politics, there is a disconnect between the illusion and the reality.

The realization of the “real world” of it all is crushing. When you’ve worked hard to make a difference in the world by using one of these illusions, it’s especially hard. For example, everyone’s favorite Facebook page, Humans of New York, published this story recently:

The War in Chechnya was going on during the time I was in law school. I remember watching a news report where a young boy walked up to a journalist and asked for help waking up his grandfather. The grandfather had just been killed by a bomb. I decided then that I’d be a human rights lawyer. I went to work at the United Nations. I pictured myself drafting stronger human rights laws. I thought I’d meet with heads of state and convince them to form better laws and better institutions. And those meetings did happen. I did my research and made my presentations. You should have seen me — I was so passionate and confident and sure of my reasoning. The leaders would nod their heads, and say ‘thank you very much,’ but then nothing would change. Unless there was an economic benefit, nobody cared about protecting children, or empowering women, or stopping genocide. And it wore me down. My colleagues were worn down too. After ten years I had to quit. Last week I opened this bar. It’s not human rights, but at least now I can drink for free.

Two years ago I spent a week at the UN. There were two kinds of people there, and the man quoted above is both of them:

First, there were the New Kids on the Block, who’d come with passion and dreams and bold ideas that were going to change the world, and they’d made it to the top of the mountain to make a difference. They had stars in their eyes and love on their lips, ready to sacrifice their lives for the cause. They were fighting the dragons and they were winning, and they’d come to the pros to win it all so their legacy could be a better humanity, forever.

Then there were the ones who’d been around the block. They were quiet, hardened, and unremarkable. They were the ones who held the power, but they were uninspiring. Their eyes were still and their lips were hushed, reflecting what had happened to their hearts. When the world strips your passions away and leaves brick walls in your path, there isn’t much left to say. You can only beat against a wall for so long.

So Much for Ideals

In the end, the wall is always the same, whether you’re a human rights lawyer at the UN or a writer in Atlanta: money. Sometimes it’s a legitimate problem, completely understandable. But sometimes it isn’t.

It’s especially infuriating since the three categories the UN didn’t want to help are so blatantly good for the economy:

No one can say that children aren’t the future. As such, they need to be protected. If the UN moved to do more for education in impoverished countries; if it went in and relocated children – and their families – to safer areas so they couldn’t be kidnapped into child armies; if it provided medications; if it provided work opportunities that contributed to the immediate and international economies, letting them see that they’re contributing to the world; in short, if the UN provided Eventually, the children themselves will be sitting in the UN.the children with freedom, rather than merely nodding their heads and sighing over their plight, they would be inspiring the children to do what they could for themselves, and the children would return the favor by enriching their countries with their ideas and potential. And eventually, the children themselves will be sitting in the UN, deciding how to save the world.

The fact that there are women in the UN should be enough proof to them that they need to help empower women throughout the world. But if they need to see a monetized benefit, they can look at one of the latest national entrepreneurial endeavors, the sunflower growers in Burundi. The women of this country – one of the poorest in the world – are turning their natural resource of sunflowers into money for themselves and a market for the world. Not satisfied with this, the women decided to double their output by forming a cooperative so they could process their product themselves.

The sunflower project would not be possible without modern technology. If the UN worked to expand the grid and provided technology to these women – solar panels, internet access, tablets, e-readers, etc. – they would blow open the doors to the world, to the entire collection of human knowledge, for these women. And women would take that opportunity and run with it. They’ve already shown that initiative. Providing them with the freedom that knowledge offers is key to the improvement of their lives.

How much innovation do we lack because of all the people we’ve lost to genocide? How many inventors died in the Holocaust? How many medical researchers died in Rwanda? How many entrepreneurs are dying, right now, in the Middle East?

In December, Humans of New York posted a multi-part interview with a Syrian refugee scientist who’d lost half his family to a missile. He has an electricity-generating invention that’s being used in Istanbul, he has sketches for a plane that can fly for 48 hours without refueling, and he wants to invent technology that can predict earthquakes weeks before they hit. He’s in America now, but what if we had lost him, too?

The UN is caught up in the short-term, unable to see the people for the bureaucracy.Factor in all the children of these victims that were never born, and then those children’s children, and so on, and we’ve lost countless people and the contributions they could have made to society, technology, and the economy.

The genocide issue is perhaps the most outrageous, given the UN’s entire purpose for being. The UN was founded after WWII with the idea of stopping any such horror from ever happening again. Their entire mission is peace, freedom, and humanitarianism. Genocide directly contradicts all three of those. And yet the UN is more concerned with economics than human beings.

Perhaps those in the UN think that if they look out for the economy, they will be looking out for the people. They have it backwards. If they help people – actually, practically, materially help them, not just sign a piece of paper that says “We are in favor of people” – a better and stronger economy will necessarily follow. But if the only thing in their sights is money, then that, alone, is all they will save. Economies take care of themselves. But not when there aren’t any people.

The UN is caught up in the short-term, unable to see the people for the bureaucracy. Protecting these three groups from destruction may not see a financial reward immediately – it may not even break even for a while – but in the long run, it not only pays for itself, but it rewards you tenfold. And as any investor would tell you, that is a payout worth investing in.