The Radicalism of Reading 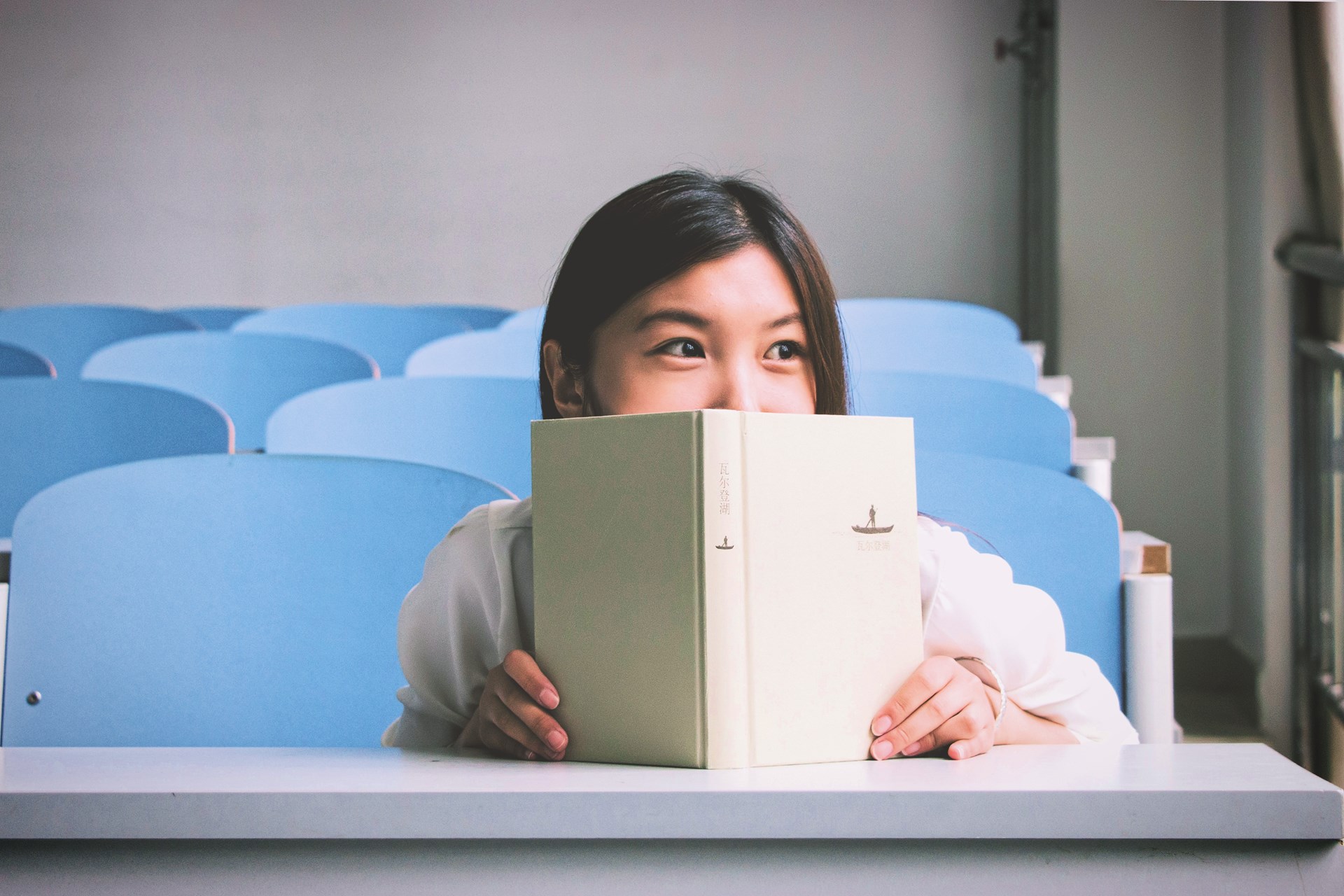 It’s Peak Reading Season: too hot to go outside, too lethargic to do much inside, no holidays coming up for a while. Polls and anecdotes are probably telling you that reading is on the decline – people just don’t read like they used to! – but it turns out that depends on what demographic you’re looking at, and it’s a bit embarrassing for the old people shaking their heads over “kids these days.”

The modern obsession with reading is just that: a modern obsession.If you’re looking at people over the age of 65, your thought is right. Only 67 percent have read a book in the past year, regardless of format. But if you look at people age 18-29, a.k.a. the ones who supposedly do nothing but scroll through the internet all day, that number jumps up to 80 percent. Awkward.

Granted, that’s only talking about people who have read an actual book, and I’d argue that reading educational articles counts. If we include that, the reading statistic would jump even higher.

And that would’ve been horrible a century ago. And in the century before that. And all the way back to ancient Greece.

The modern obsession with reading is just that: a modern obsession, created by technology, new genres of literature, and advances in class, gender, and socioeconomic equality. It took about 2,500 years, but we made it.

You’d think the ancient Greeks would’ve been all about writing things down, but there was resistance from Socrates. He was a huge supporter of the previous technology: oral tradition, when knowledge was passed down through the generations by talking.

Thankfully Plato ignored him and recorded, for the millennia, that Socrates said writing would be terrible for society, causing “forgetfulness,” giving “not truth, but only the semblance of truth,” making everyone “appear to be omniscient, but knowing nothing,” creating nothing but “tiresome company.” Thus did literature have its first great irony.

For hundreds of years, we wrote things down. Most books were either religious or historical, regardless of country, culture, or religion of origin, and as the times changed, this general rule became alternately stricter and looser. Strict class structure, long work days, and the lack of publishing technology resulted in relatively low literacy rates.

The next big step forward was Gutenberg’s printing press. No more hand-writing everything! Suddenly books could be mass-produced, and with that ability came books in many different genres: poetry, technical knowledge, morality stories, and even sheet music. It took a while for people to realize they could start printing books in their own native languages and not only in the then-universal literary language of Latin, but it got there eventually.

Unfortunately, as happens now, with this new technology came new laws, particularly the Ordinance for the Regulation of Printing, issued in England in 1643. The Ordinance proclaimed that

Nor other Book, Pamphlet, paper, nor part of any such Book, Pamphlet, or paper shall from henceforth be printed, bound, stitched or put to sale by any person or persons whatsoever, unless the same be first approved of and licensed under the hands of such person or persons as both, or either of the said Houses shall appoint for the licensing of the same, and entred in the Register Book of the Company of Stationers, according to ancient custom, and the Printer thereof to put his name thereto.

In other words, you couldn’t print anything unless you had express permission from a government-appointed person. You couldn’t submit your book to the registry without government permission, either.

Needless to say, this didn’t help publishing progress. However, after the Glorious Revolution of 1688 created the Declaration of Rights, which included the right to free speech, England’s society opened up, and the Ordinance was allowed to lapse in 1694. Free speech combined with less regulation resulted in many more printing presses and publication houses in both England and the American colonies, and publication of books, newspapers, and pamphlets started going up. With more things available, more people could start reading, and the literacy rate in the West went up.

And then a brand new literary genre was invented, and the literary world changed forever (not even hyperbolically).

Up to this point, “the literacy rate went up” has referred more to men than to women. Some women could read, of course, but it was a male-dominated sphere until the end of the 19th century. Women didn’t work outside the home as much, and they were still considered to be inferior to men, so they often did not have comparable educations. The rise of female literacy came when the novel was spreading across the world, but the genre was not welcomed like it is today.

Reading novels was believed to make women uppity, infertile, insane, and, eventually, dead.There’s disagreement over what the first novel was – most people say it’s Don Quixote, published all the way back in 1605, but others say it’s Pamela, published in 1740 – no matter which author was responsible for it, there was a lot of antagonism, even from the medical world. Novels were considered to be evil, destroying not only the morality but also the physical health of their “susceptible” female readers. Even in 1899, people were still warning against the “evils of reading” for women.

The problem was that they couldn’t actually agree on the details. One doctor wrote that novels would detrimentally accelerate a girl’s physical maturity, while another wrote that reading, and education in general, would cause of the opposite problem by preventing women from being able to have children. Reading novels could even make a woman uppity and encourage her to disrupt the status quo – the horror! Some went even further, warning that reading novels would cause insanity and even death.

Other people were more subtle in their predictions, believing novels would merely blur the line between fact and fiction. Authors themselves were torn: Gustave Flaubert ironically wrote a novel about this idea in Madame Bovary, while Jane Austen sensibly wrote against it in Northanger Abbey.

As more and more novels were written, and as women themselves entered the writing world, the hostility and sexism eventually died away. Today, we’ve progressed far beyond the old sexism: women now read more books than men, and the best-selling book series in history is a set of novels written by a woman: J.K. Rowling’s Harry Potter.

Even with the lapsing copyright laws and the increased demand for books thanks to women’s literacy, publication was expensive, so books were expensive too. Reading was generally reserved for the higher classes who were, first off, educated, but could actually afford the money and time to read. Even Benjamin Franklin’s library required a subscription only a few tradesmen could afford. But that trend started changing when Charles Dickens and New York entered the sphere, thanks to the Industrial Revolution and the Enlightenment.

Publishers took advantage of the lax copyright laws and published whatever they wanted.New York’s publishing houses – including Harper Bros. – were big enough to afford both large-scale publications, which made the books cheaper to publish and buy, and the vast expanse of the American West opened by the creation of the Erie Canal in 1825. The invention of the paperback book lowered the cost of books even further, giving people the “dime novel.” Publishers also took advantage of the lax international copyright laws and published whatever they wanted, including the works of one of the world’s first celebrity authors, Charles Dickens.

Over in England, Dickens was doing a strange thing and successfully writing about the poor. Taking from his own experiences growing up, Dickens used his talents and popularity to promote equality among the classes, greater education, and sympathy for people historically ignored. But he was also creating a new medium of publication: the magazine serialization, which ultimately became the standard form of novel-printing for the era all over the world. Sir Arthur Conan Doyle, Alexandre Dumas, Henry James, Gustave Flaubert, Leo Tolstoy, and Harriet Beecher Stowe all published serial works. Printing in magazines allowed a greater audience to enjoy literature that would otherwise be reserved only for the people who could afford the time and money to read them in book format.

Speaking of Stowe, the literacy gap in America between whites and all minorities was huge for the first 200 years of our history. Just after the Civil War, in 1870, 79.9 percent of blacks and minorities were illiterate. That rate dropped steadily until 1910, at which point the illiteracy rate among minorities was 30.5 percent. The literacy rate continued growing, albeit slower than before, until the race gap was finally closed in 1980.

All the technological, social, and economic advances made during the explosive 18th and 19th centuries carried through into the modern era, spreading literacy and dispelling weird rumors until the world literacy rate went from 12% in 1800 to 85% in 2014. With the internet, e-readers, and all our smart devices, people are reading more now than ever; and the availability and variety of content is unlike anything even imagined just a century ago.

So when a relative or stranger tells you to put your phone down, ask them when they last read a book, and then quote something smart from the article you’re reading on your phone.