The Boom/Bust Cycle Isn't about Emotion

It's about institutions and interventions. 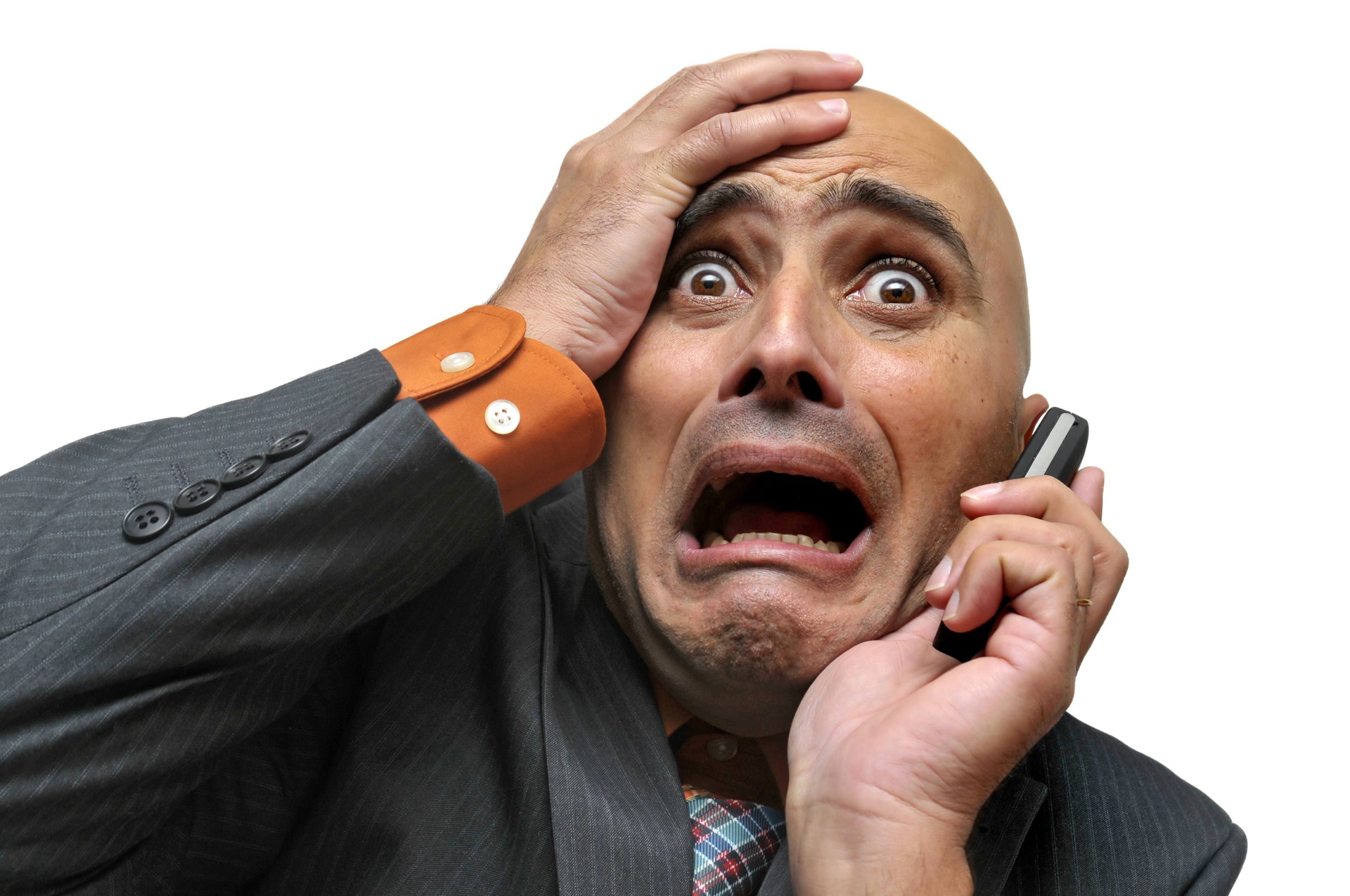 My first experience with manias was in the 1950’s. As a pre-schooler, I was dragged along to the Filene’s Basement annual designer dress sale. Thousands of women of all types and sizes pressed against the glass doors opening into the subway station. Within minutes of the doors opening, these “maniacs” cleared all the racks and, holding armfuls of dresses, began stripping to their slips. That’s when I panicked.

Looking back, those women acted rationally. There was a limited supply of deeply discounted dresses available on a first come basis. They traded among themselves to get the right size and their most desired dress. Buyer’s remorse was cushioned by Filene’s liberal return policy.

The premise of U.S. financial regulation is that actors within private markets are irrational, but the evidence shows that it’s not maniacal, illogical behavior that sends markets into freefall.

There were no effective regulations that could prevent moral hazards, so an extensive regulatory infrastructure was put in place.

Now in its seventh edition, Manias, Panics and Crashes: A History of Financial Crises, Charles Kindleberger’s seminal work provides the narrative that underlies virtually all public financial protection and regulation: First, the irrational exuberance of individuals transforms into “mob psychology” and fuels an asset bubble. Then, when the exuberance of a few turns to fear, the mob panics and overreacts, causing a crash that brings down both solvent and insolvent financial institutions.

In his memoir, the former Federal Reserve Bank President and Treasury Secretary Timothy Geithner, who was at the epicenter of the last crisis, concluded, “It began with a mania — the widespread belief that devastating financial crises were a thing of the past, that future recessions would be mild, that gravity-defying home prices would never crash to earth.”

Most U.S. federal financial regulation originates from the Great Depression and the subsequent introduction of federal deposit insurance provided by the Federal Deposit Insurance Corporation (FDIC), which was established in 1933 to protect “small” savers. All prior state attempts to provide insurance failed. Because there were no effective, non-politicized regulations that could prevent the moral hazard of insured banks and savings institutions taking on excessive risks, an extensive regulatory infrastructure was put in place. (See "What Caused the Great Depression?")

The bankers and traders all made bonuses they could retire on capitalizing on regulatory loopholes.

Now, the U.S. has about 100 financial regulators, including those in the U.S. Treasury and the Securities and Exchange Commission (SEC), the FDIC, and the Fed. With near-universal deposit insurance, bank runs have become a rarity, but systemic crises have occurred more frequently. It is incontestable that big bubbles eventually burst, asset prices crash, and financial crises ensue. What causes the bubbles to inflate to systemic proportions, and to ultimately burst, is more contentious.

At the time of Kindleberger’s analysis, individuals were assumed to be rational. The latest edition of his book, written after the 2008 financial crisis, postulates numerous theories about mob psychology (mania) that could lead rational individuals to produce irrational markets, but these ideas are all rather lame.

In his recent book, Thinking Fast and Slow, Nobel Prize winner Daniel Kahneman finds that individuals often aren’t entirely rational, i.e., they don’t always act in their own best interest (I admit to once having purchased a timeshare). But he also found that speculators, whose actions rationalize market asset prices by bidding them down (shorting them) when prices are too high and bidding them up when prices are too low, are perfectly rational. So the unintended but implied model consists of irrational individuals but rational markets.

It’s speculative to conclude that mass euphoria causes asset price bubbles. Was it “irrational exuberance” of mass of investors that caused the dot com bubble of the late 1990’s or the “Greenspan put?” Bernie Madoff ran a Ponzi scheme longer and bigger than most, protected by an aura of SEC compliance, but many of the early participants got out with substantial profits. The late-comers that didn’t get out in time may simply have misjudged the longevity of the scam.

There was nothing irrational about depositors lining up to collect their money when bank runs proved a sound indicator of insolvency.

Geithner’s conclusion that mania caused the subprime lending bubble is also suspect. Many of the buyers (about one third) were professional speculators. The others were small time players who owned three or four houses at a time, who put little down and continuously refinanced to take cash out. The minority (count me in) purchased late in the bubble with large cash down payments that were wiped out, a miscalculation of the bubble’s durability.

The bankers and traders all made bonuses they could retire on by arbitraging regulations, capitalizing on regulatory loopholes.

It is a similarly suspect conclusion that mass panic will cause a crash well beyond insolvency. In Frank Capra’s 1946 movie “It’s a Wonderful Life,” leading man Jimmy Stewart plays the role of George Bailey, the CEO of Bailey Brothers’ Building and Loan Society, who uses his honeymoon savings to stop a run on the Society. This story is from Hollywood, not history. Building and Loan Societies generally weren’t bankrupt and their deposits weren’t callable. It was much more likely that Potter’s bank was insolvent and experiencing runs.

Recent research shows that Depression-era bank runs virtually always occurred at insolvent banks. Given that, there was nothing irrational about uninformed depositors lining up to collect their money when bank runs proved a sound indicator of insolvency, and insolvent banks only paid out at face value on a first-come, first served basis. In 1933, the bank runs were a rational response to FDR’s campaign promise to cut the gold value of deposits by a third and eliminate gold convertibility.

While most analysts argue that mortgage security prices fell way below the intrinsic value of expected cash flows, subsequent default experience indicates otherwise. However, evidence has been strictly limited by the subsequent bailouts.

Why don’t bubbles burst well before they inflate to systemic proportions?

After he was wiped out in 1920, speculator and later economist John Maynard Keynes concluded that “the market can stay irrational longer than you can stay solvent”.

Michael Lewis’s book and subsequent movie, The Big Short, portrays the pain of the early speculators who recognized the growing housing bubble back in 2004 but, like Keynes, couldn’t maintain the short position until the bubble burst.

Government action to sustain currency and debt prices allows bubbles to inflate systemically, causing a financial crisis when they burst.

Who were these irrational “long” investors with sufficient resources to thwart the shorts?

During the latest housing bubble, which was five times bigger than its predecessors, speculators were betting against massive money printing by the Federal Reserve and the allocation of credit to the housing sector by the government-backed entities Fannie Mae and Freddie Mac, which were forced to maintain a 50% market share with the commercial banks financed by insured deposits.

Keynes’ currency bet, that the British pound would fall, was not against irrational investors but against governments.

George Soros later succeeded in betting against the pound, proving you can short the government if you start with more money than it does. But lending to exuberant, irrational investors is quickly curtailed, whereas governments issue debt with taxpayer backing, or in extremis simply ban short selling.

The Source of Systemic Risk

It is government intervention into markets, borrowing and printing money to sustain currency values and debt prices, that allows bubbles to inflate systemically, causing a financial crisis when they burst. That’s the conclusion of Reinhart and Rogoff, This Time is Different: Eight Centuries of Financial Folly (2011).

As the head of the FDIC, Sheila Bair argued that the sub-prime lending debacle would not have occurred had the regulators simply maintained traditional capital requirements and lending standards. Regulators, particularly the Fed and Treasury, were deeply implicated in creating the crisis and hence intent on a massive bailout. Lacking sufficient budget resources and facing angry taxpayers, they resorted to the most opaque solution, to re-inflate the asset bubble this time in both houses (to avoid trillions more in financial institution losses and global failure) and stocks (to keep consumer spending up and the economy afloat). The multi-trillion dollar cost was shifted to savers whose interest earnings evaporated.

Every insider account portrays a dysfunctional, unaccountable regulatory structure that any private insurer would label “irrational”. But politicians didn’t hold regulators accountable. Instead, the subsequent reform effort, a 1,500 page bill named for the Two Congressmen most implicated in the crisis, Dodd and Frank, spawned 22,000 pages of regulation, rewarding regulators by covering up and doubling down.

Without Discipline Democracy is Threatened

The U.S. Treasury and the Fed are the biggest sources of systemic global risk.

The U.S. financial regulatory system may look like the product of a maniacal mob, but it was made fragile by political design. Politicians aren’t necessarily irrational, but they face incentives to favor constituents (and patrons), and they avoid taxpayer accountability by raising money through opaque means, like issuing debt and/or providing implicit or explicit debt guarantees. Banks, and more recently the Fed, buy this debt or it is sold to foreign governments in return for exports. Undisciplined, government intervention erodes market discipline and feeds on itself.

Keynes bet that Europe wouldn’t re-impose the discipline of the gold standard in the wake of massive war debts. He also argued against imposing excessive unaffordable debt reparations on Germany. He lost both but was later vindicated when unpayable foreign, hard-currency debts led to dictatorial fascism in Italy and German.

The rational U.S. voter response was to elect a president who promised to change the existing policy paradigm.

Expect a rational, maniacal mob reaction. Hope to avoid the path to fascism.