The Dangers of “Ethical Banking”

Financial liberalization of commercial banks and capital markets should remain the goal. 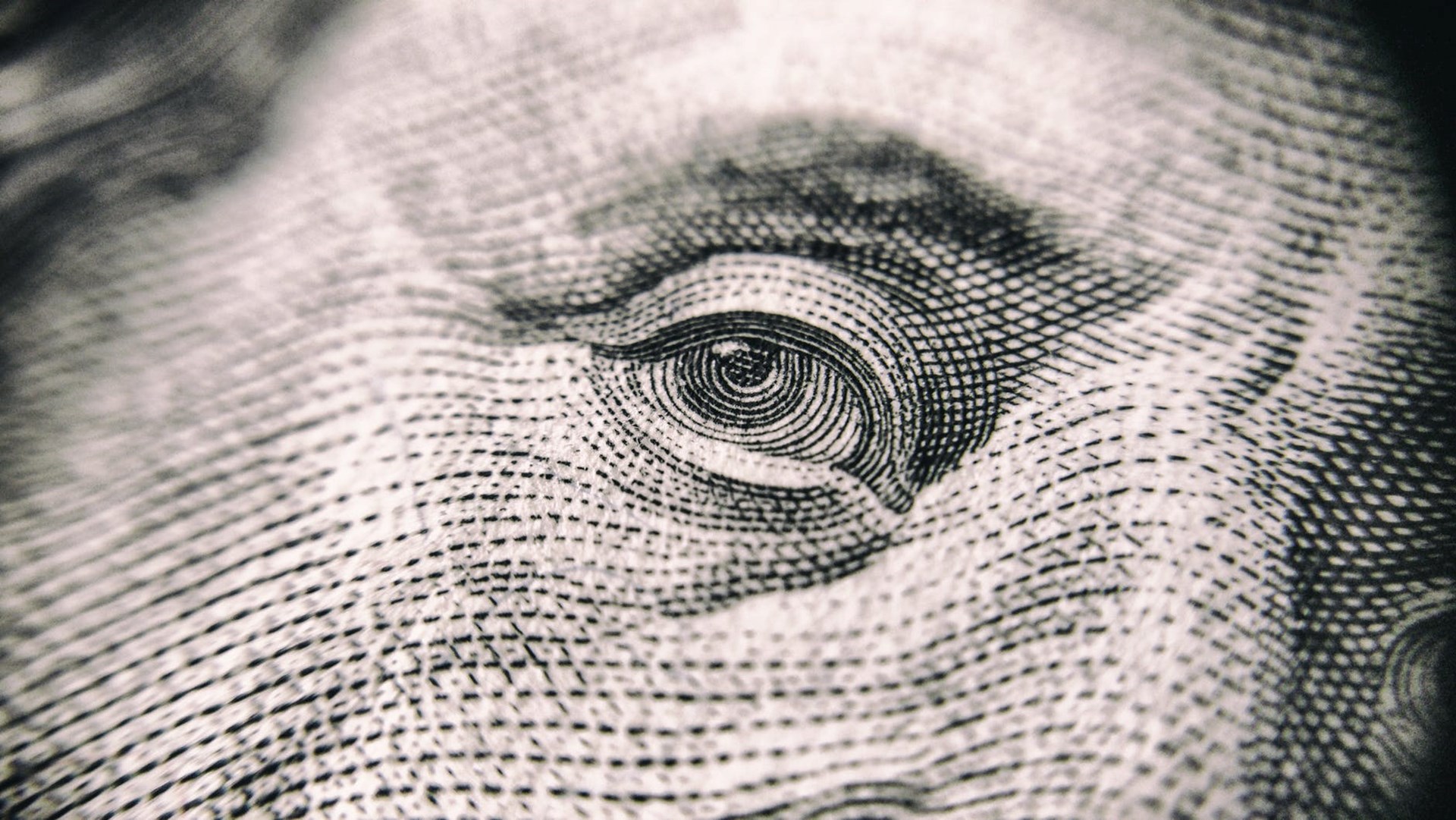 Early American banking was, like most emerging banking systems, often unethical. It was characterized by lending to insiders and politically directed to “public infrastructure” where crony corruption was pervasive, and it led to widespread bank failure. It matured in the late 19th and early 20th centuries and became more reflective of America’s founding values, lending based on individual loan applicants’ ability to repay and bank accountability.

Why the progressive focus on private commercial banking? Socially-oriented progressive investment funds have been around for some time, with limited private appeal. Pursuit of public resources at the state, local, and federal level—the last (negligently) responsible for preventing policies “in the common good” from violating individual rights—is more fertile ground as ex-ante controls on regulations and public spending are demonstrably weak and even weaker for direct public lending. Ex post evaluation is virtually non-existent (see “Solyndra” or “Sun Edison”).

The creation of the Federal Reserve System in 1913 and the subsequent introduction of federally-sponsored deposit insurance during the Great Depression gave rise to “prudential regulation” geared to preventing bank failures by restricting competition and risk. Unlike investment funds, banks' deposits serve as a transaction mechanism where a lack of confidence leads to systemic liquidity failure and economic depression. This system represents a political choice: narrow banks or money market funds holding only government securities could arguably meet transactions needs (the stock of outstanding Treasury and government-sponsored agency (GSE) debt is about 10 times the stock of insured checkable deposits and exceeds total bank deposits).

“Liberate” reflects the term’s classical liberal individualist roots, the antithesis of the “liberal” moniker hijacked by progressives for collectivist purposes a century ago.

But “prudential” regulation provides an opportunity for financial repression, i.e., the power to manipulate interest rates and/or credit flows to political ends. In the US, the repression of returns to generally poorer savers to favor politically influential—primarily home mortgage—borrowers was finally repealed in 1980 following enormous market turmoil and a depositor revolt led by elderly retirees. While lending operations at banks, particularly in the US, are often operated independently to meet stiff non-bank competition, progressives have nevertheless generally pressed banks to allocate more credit at lower rates to politically influential borrowers than non-bank competitors.

Ronald McKinnon laid out the path of financial liberalizations from a statist to market economy to support economic growth, not unlike the one taken by the US for state-chartered banks, “liberating” lending from political influence. “Liberate” reflects the term’s classical liberal individualist roots, the antithesis of the “liberal” moniker hijacked by progressives for collectivist purposes a century ago. Now progressives have now hijacked the “ethical” moniker to promote “the common good” with moral certitude: the Green New Deal is now the Moral Equivalent of War. Conveniently—for progressives but not bankers—morality is to be judged according to moral philosopher Immanuel Kant: by intent rather than outcomes, shielding them from accountability for the often crony-corrupt results. Financial repression remains a statist tool: an undemocratic, illiberal, and unethical means to opaquely tax the general public for narrow political interests.

The Progressive Dystopia of Value-Based Accountability

Do progressive policies pose a threat to banking and the market economy? The progressive International Monetary Fund (IMF) president Christine Lagarde's assertion that the 2008 systemic financial crisis would have been avoided had Lehman “Brothers” instead been Lehman “Sisters” is only symptomatic. But Lagarde's proposed solution to hold individual bank employees accountable “not just for rules” but for “values-based behavior,” imposing morality standards on bankers ex-post—a logical extension of the expansive regulatory regime in the Dodd-Frank Act of 2010—represents an existential threat.

Politicians and regulators laid the blame for the global financial meltdown on “unethical” Wall Street bankers.

The IMF proposal applies to bankers because as John Maynard Keyes famously quipped about the creation of the IMF and its sister institution, the World Bank, the “Fund” is a bank and the “Bank” is a fund. Politicians and regulators laid the blame for the global financial meltdown on “unethical” Wall Street bankers, although the accusations focused mostly on the sale of extremely risky securities sold by investment—not commercial—bankers to purportedly unsuspecting investors. But these investors were primarily under-funded, taxpayer-guaranteed, defined benefit public pension funds in the US, seeking returns well above market to pay for their annual performance-linked pension payments. These well-above market investment yield targets are often encumbered with social lending goals. Taxpayers were clueless, but the already highly paid pension investment managers received incentive bonuses.

Independent non-banks engaging in sub-prime mortgage lending in the mid-1990s were virtually all bankrupt by 1998 but with no systemic consequences. Progressive policies mandating fixed rate 30-year mortgages funded with short-term deposits essentially wiped out the mortgage lending savings and loans by the 1980s, so many of these lenders then moved to commercial banks. Progressive policies to promote bank lending for homeownership starting in the 1970s ultimately led to a perfect storm of carrot and stick incentives for the sub-prime lending bubble of 2000-2007. The bubble inflated to globally systemic proportions due to taxpayer backing for both publicly insured banks and GSEs.

The Federal Reserve actively encouraged sub-prime lending both directly through the low rate monetary policy and through their regulatory authority. Then when the bubble burst in 2008, causing multi-trillion dollar credit losses, it bailed out the banks opaquely by re-inflating the housing bubble and subsidizing banks about $50 billion annually with tax and risk premium savings facilitated by excess leverage. Failing in its attempt to tax away household retirement savings through inflation, it employed a zero interest rate policy. The financial repression of the 21st century in the US exceeds anything prior.

Bankers ultimately paid hundreds of billions of dollars in fines, earning back all of this and then some while adjusting to the new regulatory regime.

Financial repression distorts markets, and in the extreme, this leads to systemic failure. Progressive “victories,” e.g., the status quo in mortgage finance unchanged by the proposed “regulated utility” model and financing for the Green New Deal, should operate separately from liberalized markets they would otherwise destroy. In another context, Democratic presidential candidate Kamala Harris recently admitted as much, recommending eliminating private health insurers.

Financial liberalization of commercial banks and capital markets should remain the goal. Bankers ultimately paid hundreds of billions of dollars in fines, earning back all of this and then some while adjusting to the new regulatory regime. But the last bailout was no sure thing, and they will remain a progressive target so long as they fund risky loans with federally insured deposits. A return to a “narrow banking” concept or Treasury money market funds complemented by a liberalized system of non-bank lenders and investment funds is a radical solution, but it is certainly preferable to the ex-post imposition of the state’s “values” and the prospect of the gulag for being in the black rather than “green” covered in red ink.