What’s the relationship between the recent BLS op-ed and the new season of Fargo? The state is wrong! 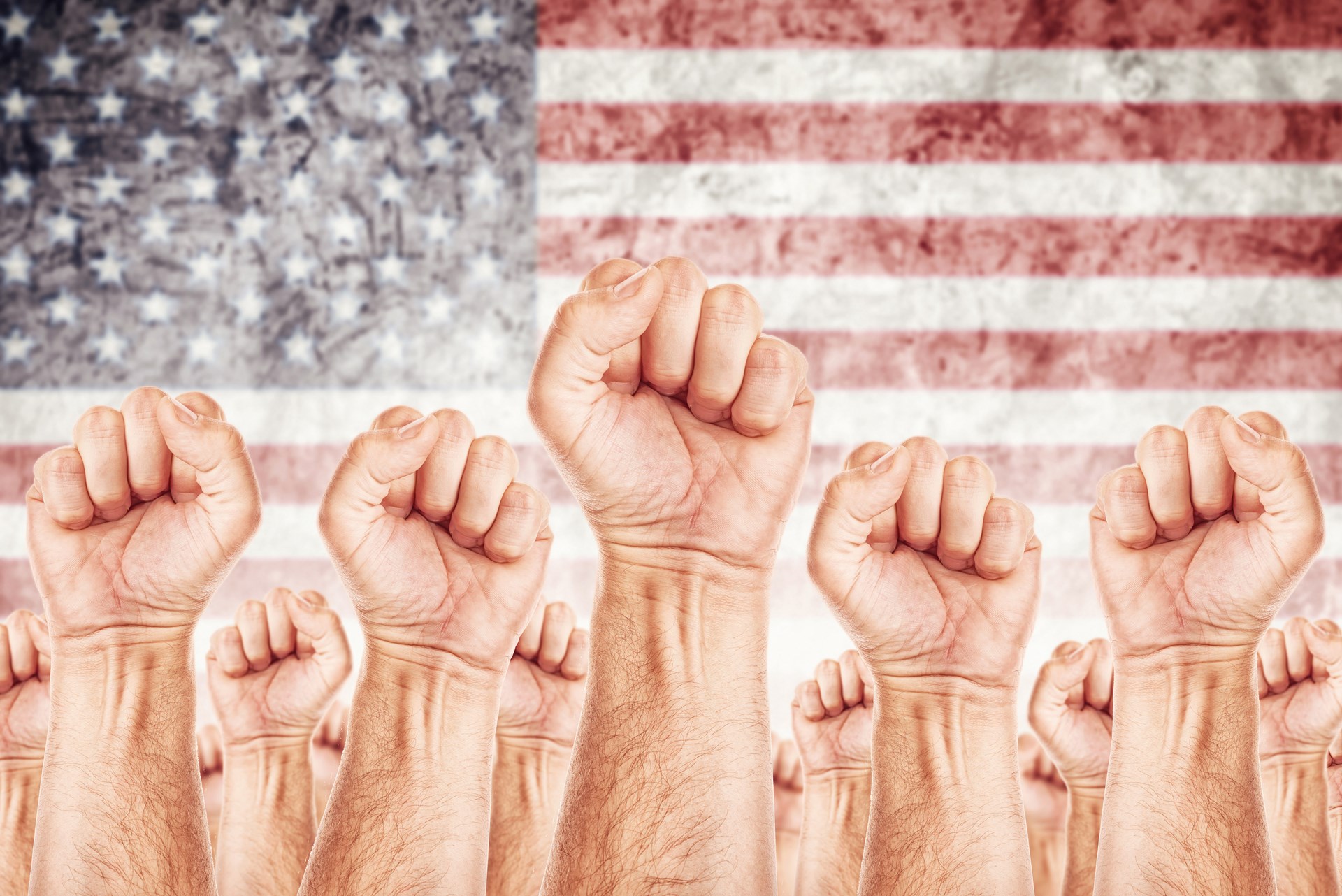 A few days ago, the former Commissioner of the Bureau of Labor Statistics (BLS) during the Obama Administration wrote an op-ed in the Wall Street Journal arguing that full funding was required “to sustain America’s economic vitality.” Otherwise, “Americans could experience the economic equivalent of flying blind.”

What’s the relationship between the BLS op-ed and this scene? The state is wrong!

In FX’s Fargo Season 3 Episode 1, the opening scene is set in 1988 East Germany during the German Democratic Republic (GDR). In a prison camp, viewers see an interrogator questioning a prisoner obviously arrested due to mistaken identity. Angrily the state agent asks, “Are you saying that the state is wrong?”

The prisoner, aware of the consequences, sheepishly replies “no, but…” After this seemingly unrelated scene, the show returns to present day Fargo, North Dakota.

What’s the relationship between the BLS op-ed and this scene? The state is wrong!

The Difference Between Labor and Capital Productivity

During the post-WWII era, worker productivity—as measured by output per hour published by the BLS—has continued to rise at a constant rate. While wages rose in lockstep with increasing productivity until the mid-1970’s, they have since stagnated, rising only 15 percent as much (11 percent as compared to 75 percent) through 2016.

The BLS data, as interpreted by the union-funded think tank  EPI indicates that the wealthy owners and managers of capital have expropriated 85 percent of the “fruits” of labor.

Using BLS data, EPI attributes the entire rise in inequality to the decline in private sector unionization which fell from about one in three workers in the 1950’s, to one in twenty today.

In free markets, labor moves where its productivity is highest and is compensated accordingly.

But this purportedly expropriated “labor surplus” has yet to be found: business investment barely covered depreciation and new business start-ups plummeted during the Obama Administration.

While the incomes of the very rich did soar during this time, the 11 percent increase in real wages is actually closer to 15 percent including non-wage compensation. Over the last four decades, this would rank as one of the most successful eras of the last millennium.

The EPI calculation of productivity gains of 6.6 times that (purportedly more conservative than BLS’s own calculation) is unprecedented. Since it’s obvious that the millennial generation isn’t working twice as hard as the Baby Boomers, this implies they have almost twice the workplace smarts.

Back in the GDR, where the workers union is part of the state, labor compensation was determined politically based on the flawed Marxian “labor theory of value.” This led to the equally flawed “labor surplus” theory adopted by American unions.

In free markets, labor tends to move where its productivity is highest and is compensated accordingly. Consistent with the “labor surplus” theory that ignores the action of capitalist entrepreneurs and returns to capital, technology, and innovation that had brought about the greatest increase in living standards in recorded history in market economies is simply assumed.

In 1987, standing at the Brandenburg Gate, President Reagan delivered his most memorable lines:

Unfortunately, failed states don’t admit to being wrong, so in 1989 the citizens finally did.

While the unionization movement in the U.S. never formed a formal political alliance with the Communist Party (CPUSA) it was infiltrated by and shared some of the same basic mistaken ideology of labor exploitation, as well as thuggish Soviet tactics.

Elia Kazan’s 1954 movie, On the Waterfront, depicts union corruption and violence. This was a direct reaction to Kazan personally being ostracized after testifying before the House Committee on Un-American Activities about the communist infiltration of Hollywood. This marked the high point of private sector unionization.

The Rise of Public Sector Unions

Meanwhile, back in the USA, unions have to work through a political party, historically this has meant working with the Democratic Party.

Restrictive state certification rules have increased five-fold since the 1950’s.

As private sector unions were largely replaced with public sector unions, union financial support more closely resembled the soviet model: public funds for political action. More often than not, this was collected involuntarily, going straight to union coffers and ultimately into the hands of the Democratic Party.

Without the constraints of either totalitarian corruption purges or market discipline, public unions are free to support both the growth of state and local government spending and an increase in public compensation.

Politicians vote for their own salaries and lavish pensions with two-thirds of pension costs postponed and hidden from public view.

Progressive labor policies have been extended to the private economy. Service Employees International Union's Andy Stern was by far the most frequent visitor to the Obama White House, which supported the union plank including a card check, a living wage, and an increase of the federal minimum wage.

Restrictive state certification rules—reminiscent of the guilds of earlier centuries— have also increased five-fold since the 1950’s.

Americans have historically lauded those who achieved great success through individual merit, be they entertainers and athletes or capitalist entrepreneurs. Education provided the path to increasing worker productivity along with technical innovation.

Unionization and State Control of Education

The U.S. spends more per student on education than any of the industrialized countries.Whereas only one worker in four had any post high school education in the 1950’s, about two-thirds of today's high school graduates will go to college.

Since the 1970’s some states like California have largely taken over funding and control from municipalities, and the federal government has expanded its role in primary and secondary education with the creation of the cabinet-level Department of Education in 1979.

Public institutions of higher learning have expanded rapidly, largely at the expense of private universities. The weakest failed, while the strongest—the Ivy League schools—now get more revenue from tax dollars than tuition dollars.

At colleges and universities, the rise in the average grade from a "C" to an "A" masks the continuing decline in workplace value.

The Loyalists Are Back

The libertarian-inspired American Revolution a century prior to Marx, was directed against the crony capitalist British Empire. This has been depicted in two new TV shows: Frontier on Netflix—featuring the Hudson Bay Trading Company— and Taboo on FX— featuring the East India Trading Company.

The Founders weren’t immune to exerting political influence. Benjamin Franklin secured the Postmaster sinecure for himself and the Royal governorship of New Jersey for his son, who later rejected his familial bond to remain a Loyalist, as did the most politically favored third of the American population.

War and public spending, starting with the Civil War and President Lincoln’s goal of “public improvements” have eroded the constitutionally limited government constraint on crony capitalism.

Hell on Wheels, which airs on the AMC network, depicts how the private transcontinental railroad turned Washington D.C. into a crony capitalist swamp.

Big-government liberal Joseph Stiglitz and small-government libertarian David Stockman both conclude that crony capitalism is the biggest cause of rising income inequality today. How else would one explain the eight or nine-digit paydays of retired lifetime politicians like Bill Clinton and Al Gore?

The broad majority of the Clinton coalition who aligned against the “deplorables” is made up of today’s big government “loyalists.” This includes politicians, bureaucrats, regulators (and the regulated), administrators, the Wall Street elite, trial lawyers, academics, progressive think tanks, the military industrial complex, and any others on the receiving end of government largesse. If the “deplorables” can’t beat them, their only alternative may be to join them.

“The problem with socialism is that you eventually run out of other people's money.”

Crony capitalism failed in Britain for the same reason.