Trump and Sanders have been led astray by zero-sum thinking. 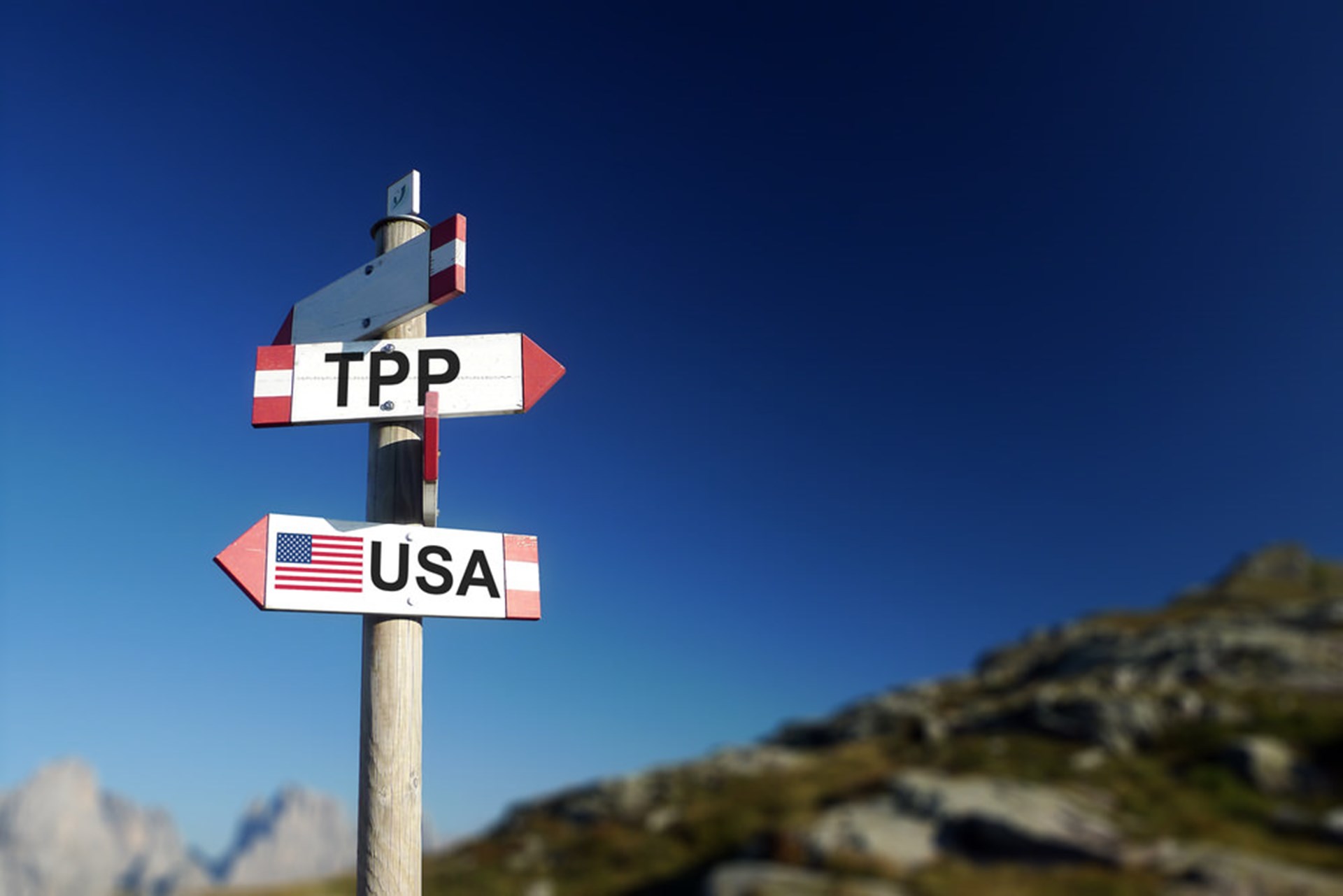 In the Oval Office on Monday, President Trump signed an executive order formally ending the United States’ participation in the Trans-Pacific Partnership. The move was mostly symbolic, TPP was dead in Congress anyway. But signing this EO on his first full weekday in office signals that Trump is serious about two issues that are, sadly, tied together: pulling out of trade agreements and replacing them with new barriers to international trade.

Delaying the launch of the TPP by even one year would represent a $77 Billion permanent loss to the US economy.

Trump described withdrawing from the trade pact a “great thing for the American worker.” That’s likely as true as his press secretary’s inauguration attendance numbers. International trade has increased the number of American jobs on net.

To be sure, the TPP is laden with regrettable regulatory strictures, including some truly terrible rules concerning intellectual property and harmonization. But these have nothing to do with the reasons Trump cited for the abandonment of the trade deal.

Trade and Jobs Go Together

International economists Peter A. Petri of the Brandeis International Business School and Michael G. Plummer of Johns Hopkins University studied the potential impact of the TPP. They found that TPP would likely reduce growth in manufacturing employment by about one-fifth.

However, it would grow employment in service jobs and high-export so-called “primary goods” industries such as agriculture and forestry. Export-intensive jobs pay about 18 percent more than other jobs on average. Already over the past two decades, international trade has increased the average US worker’s wages $1,300 annually. Altogether the economists say having passed TPP would have increased US real incomes by $131 billion annually.

In fields including finance, engineering, software, education, legal, and information technology, US service workers have a competitive advantage over foreign workers. While tariffs don’t hinder services employment, many developing countries protect local workers from American competition through nationality requirements and restrictions on investing. TPP would have hindered countries’ abilities to use these tactics, likely leading to a net increase in US service industry employment.

As I’ve pointed out here before, when you examine the combined revenue of the 500 largest US companies, half of it comes from international trade. Even if Trump could bully American companies into closing their factories in Mexico and reopening them in the US (unlikely), these firms will need to raise their prices and lay off workers to make up for the hit to their profits.

“Delaying the launch of the T.P.P. by even one year would represent a $77 billion permanent loss, or opportunity cost, to the U.S. economy as well as create other risks,” Petri and Plummer wrote in their report.

The Coalition Against Trade

We can’t lay all the blame at President Trump’s feet, however. Trump may have put the last nail in TPP’s coffin, but Congress killed it. And the hit was on behalf of unions, environmentalists, and consumer groups, according to CNN’s Jonathan Tasini.

Trump claimed that the TPP "put the interests of insiders and the Washington elite over the hard-working men and women of this country." But what’s more Washington elite than AFL-CIO President Richard Trumka promoting Trump’s pick to head the new National Trade Council by sponsoring screenings of his film? Trumka lauded the killing of the TPP and asked Trump to kill more trade deals, saying “They are just the first in a series of necessary policy changes required to build a fair and just global economy.”

By killing TPP, Trump is sacrificing a deal that would have likely created new jobs for 80% of American workers in order to delay the inevitable for the 10%.

It’s almost like that 10% are more politically connected or something. Business groups such as the U.S. Chamber of Commerce had lobbied extensively for passage of TPP, touting the deal as an engine of job growth. But the groups representing the 80% of Americans who work in the service industry don’t seem to have the same sway with the National Trade Council.

Not content to offer “alternative facts” on trade’s impact on domestic jobs, Trump claimed while signing the EO, “Protection will lead to great prosperity and strength.” Well, that would be a first.

In the real world, limiting international trade has been terrible for the average consumer everywhere it’s been tried. As Emory Economics Professor Paul Rubin put it, “Mr. Trump’s anti-immigration and anti-trade positions make him essentially a disciple of mercantilism—a protectionist economic theory refuted by Adam Smith in 1776.”

Trump is willing to sacrifice the American economy to protect jobs that won’t exist in a decade.Border taxes are highly regressive. International trade has raised the average American household’s purchasing power 29%. Poorer families will be hardest hit by the extra we’ll all be paying for the goods we import from China.

“The decision to withdraw the American signature at the start of Mr. Trump’s administration is a signal that he plans to follow through on promises to take a more aggressive stance against foreign competitors,” New York Times reporter Peter Baker wrote.

This phrase “aggressive stance against foreign competitors” reveals an important truth about Donald Trump’s worldview. “In Donald J. Trump’s private conversations and public commentary, one guiding principle shines through: The world is a zero-sum place, and nations, like real estate developers, are either on the winning side of a deal or the losing side,” three New York Times reporters recently wrote.

Rubin: “Messrs. Trump and Sanders have been led astray by zero-sum thinking, or the assumption that economic magnitudes are fixed when they are in fact variable.”

TPP would have joined the United States with 11 other nations, representing 40 percent of the world’s economy, to facilitate trade by lowering tariffs, streamlining regulations, and setting rules for resolving trade disputes.

In reality, there’s no reason to set the 80% of American workers in the service sector against the 10% in manufacturing. Both benefit from foreign trade. Economists agree: TPP would have increased incomes, exports, and growth for the United States. Killing it was a mistake. Trump is serious about his willingness to sacrifice the American economy to protect jobs that won’t exist in a decade regardless. The American people lost bigly. It’s up to us to put pressure on Congress to block further trade mistakes before Trump costs us more billions in lost wages and growth.