We cannot define him by his crimes nor his accomplishments alone. 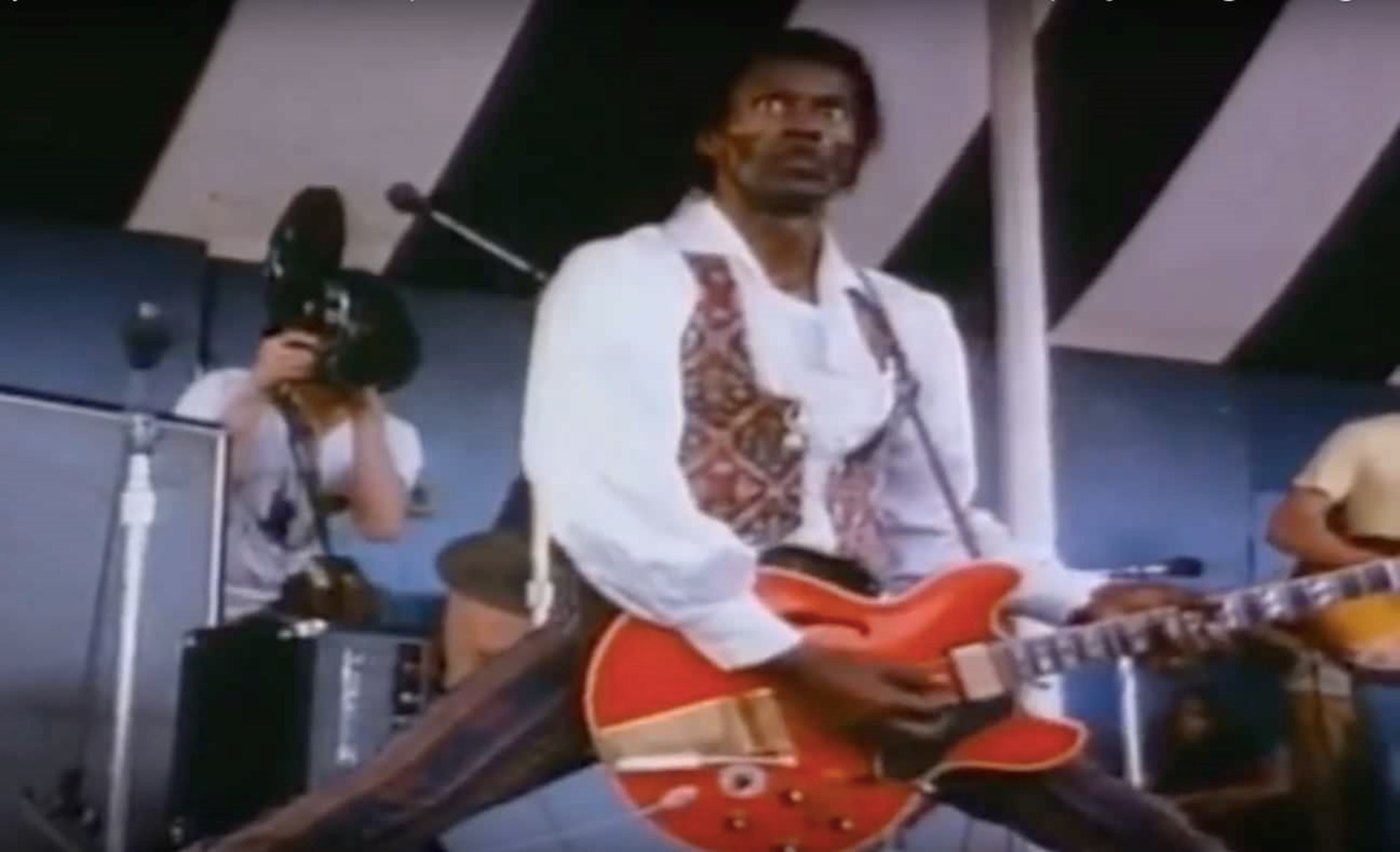 Chuck Berry was a complicated figure.

His run-ins with the law later in life were not hard to predict. Before beginning to play to black and white audiences alike, he was arrested for car thefts and armed robbery.

In an obituary, the New York Times described his sound as “reckless and audacious.” His life could be described the same way. And while you cannot extract one’s work from one’s life, I do think we give up too much when we require perfection to be the standard for appreciation. Being a great artist does not excuse deplorable behavior. But neither does deplorable behavior negate artistic genius.

And a genius he was. A 90s-era NYT review described Berry as a “sociologist of incredible economy.” He is widely recognized as having invented rock n roll.

He is also remembered for being among the celebrities, including Charlie Chaplin, Frank Lloyd Wright, Chuck Berry and Jack Johnson who were arrested under the White Slave Traffic Act.

Better known as the Mann Act, the law makes it illegal to transport women across state lines for “immoral purposes.” It was passed near the turn of the century in response to the rise of modern dating. As young people moved to cities, and away from prying parental eyes and chaperoned courting rituals, moral panic ensued. Because it was simply unthinkable that any upstanding white women would voluntarily have sex before marriage, in 1909 Congress made it illegal to be caught running away with your younger girlfriend.

That isn’t meant to downplay his crimes. His crimes of consent especially are less anarchistic and more authoritarian.

Prosecutions for Mann Act violations have always been fairly selective. Critics point to instances where it seems to have been used for political persecution and blackmail. It’s interesting that Berry’s first guilty verdict for driving his 14-year old Mexican hatcheck girl across state lines was overturned due to racist remarks by the judge. He was re-tried and his second conviction netted him 20 months in prison.

It’s interesting as well that today, as women gain more power to choose where, how, and with whom they have sex, we’re experiencing another moral panic over “forced prostitution.”

It wasn’t Berry’s last encounter with the law. In July 1979, three days after performing at the White House for President Jimmy Carter, he received a sentence of 120 days in federal prison and four years’ probation for income tax evasion. Thereafter he insisted on cash payment for his gigs.

A decade later, he got two years’ probation after police found 62 grams of marijuana and videotapes from a camera in the women’s room of his restaurant in his home.

Chuck Berry wasn’t much of a rule follower. He played to integrated crowds. He combined blues and bluegrass and country. He invented a new guitar lick. NYT: “In Mr. Berry’s groundbreaking early songs, his guitar twangs his famous two-stringed lick. It also punches like a horn section and sasses back at his own voice.”

He played blues without an accent, meaning many a suburban white kid bobbed their head along to the radio without realizing they were listening to a black man. Already 30 when he started writing songs, “He took an assessing, outsider’s look at the nascent teenage landscape, and became its first, sympathetic poet laureate,” according to the Independent.

Here is Mos Def talking to NPR about what he learned by playing Chuck Berry in Cadillac Records:

I learned that there's something to be said for the courage of conviction, that sense of belief, being bold enough to believe in your vision. And there's a quote that really fits his particular energy. It says–they say don't go where the path may lead, but go where there's no path and leave a trail. I think that's exactly what Chuck did.”

“The drummer eagerly socks the backbeat,” the New York Times wrote, “and the pianist—usually either Mr. Johnson or Lafayette Leake—hurls fistfuls of tinkling anarchy all around him.”

Berry himself could be said to have hurled fistfuls of tinkling anarchy all around him. That isn’t a statement meant to downplay his crimes. His crimes of consent especially are, if anything, less anarchistic and more authoritarian. But it is to describe Berry as a person. Because neither his crimes nor his accomplishments define him alone.

“It's an inspiration to a lot of folks,” Def concluded. “Not just musicians, but people everywhere.”