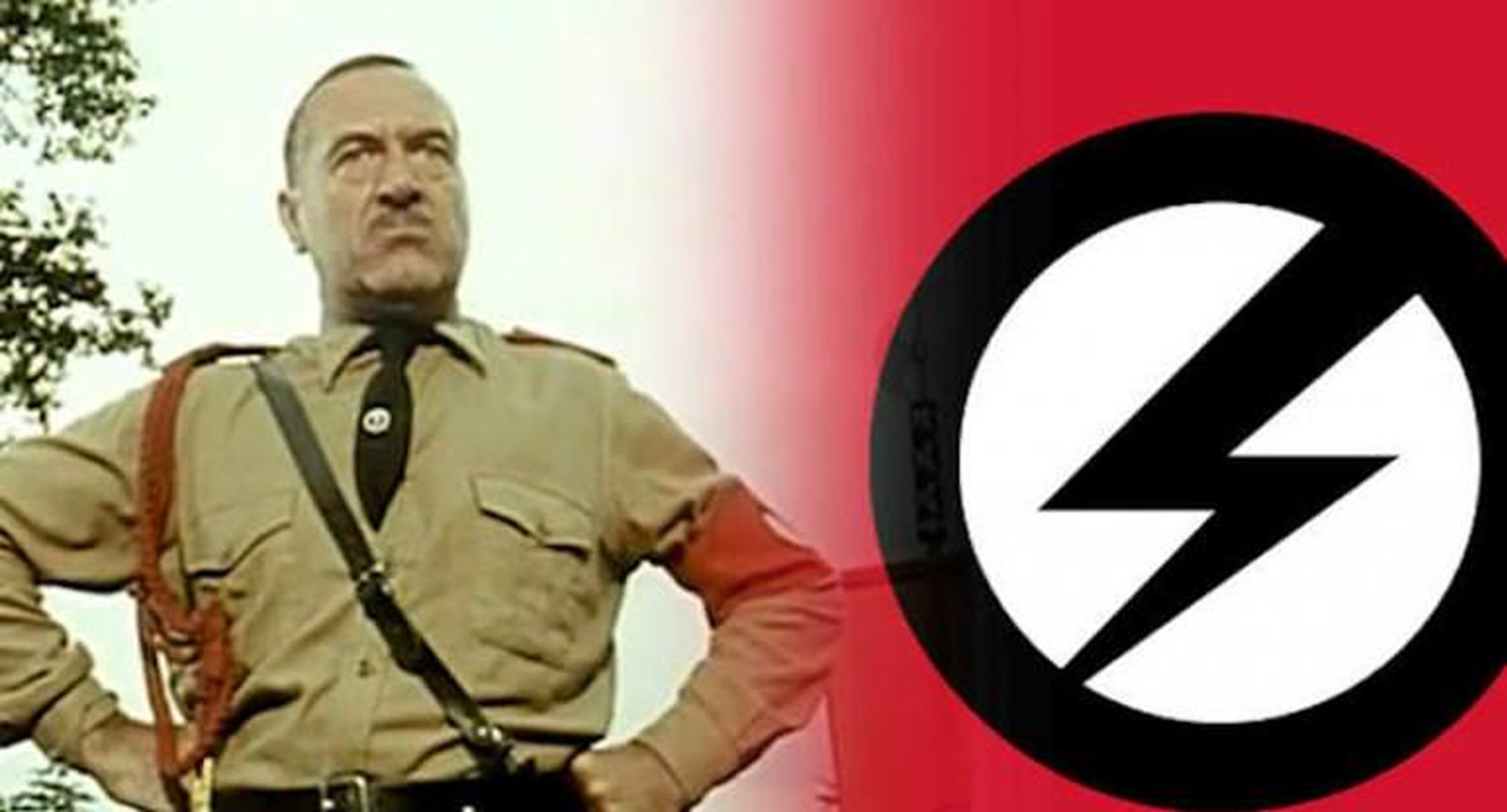 One of my favorite characters from 20th century pop fiction is Roderick Spode, also known as Lord Sidcup, from the 1930s series Jeeves and Wooster by P.G. Wodehouse, and hilariously portrayed in the 1990s TV adaptation starring Hugh Laurie and Stephen Fry. He perfectly captures the bluster, blather, and preposterous intellectual conceit of the interwar aspiring dictator.

Wodehouse created a composite and caricature of all would-be fascist dictators and turned it to hilarity.Back in the day, these people were all the same, whether George Lincoln Rockwell in the US, Oswald Mosley in the UK, or more well-known statesmen in interwar Europe. They were nativists, protectionists, longed for dictatorship, and believed that science had their back.

Rather than a tedious denunciation, Wodehouse gives us something more effective. He created a composite and caricature of all of them and turned it to hilarity.

Like Seinfeld, Jeeves and Wooster was “about nothing” but managed compelling cultural commentary that shaped the way a generation saw the world around them. It chronicled the amusing superficial lives of third-generation English upper class, lovable people with declining financial resources but too much dignity to take on the task of actually earning a living. There is a strong liberal spirit running through the whole series.

Roderick Spode is a character who makes appearances at odd times, making speeches to his couple dozen followers, blabbing on in the park and bamboozling naïve passersby, blowing up at people, practicing his demagogic delivery style. A handful of people take him seriously but mostly he and his “brownshort” followers are merely a source of amusement and annoyance to the London scene.

Why shorts? It seems that by the time he started ordering uniforms for his followers, there were no more shirts left. Red, brown, and black were already taken. Plus the company he contacted only had affordable shorts, so brown shorts it would be. So the required eugenic theory of his group naturally surrounded knees. He wanted everyone’s knees compulsorily measured:

And here he is proposing mandatory bicycles and umbrellas for all free-born Britons. A fellow standing around says, “I say, I’ve never quite thought of it that way.”

Spode is also secretly a coward. In his other life, he is the owner, by virtue of family inheritance, of a shop that designs intimate clothing for women. He is desperate to keep this a secret, believing this profession to be incompatible with the career ambitions of an aspiring dictator. Anyone who knows this secret about his life has deep control over his psyche, with only the threat of revelation keeping him under control.

The entire caricature was a humiliation for the fascists of the period because it spoke truth. Their plans for economic life are ridiculous. Their eugenic theories are pseudo-science. Their pretensions to command a massive following are completely wrong. And in their private lives, they are just like everyone else: they aren’t demigods or elites or superior in any sense. They are just dudes who are exploiting public curiosity and fear to gain attention and power. They are trolls.

Humor is a great method for dealing with clowns like these, as Saturday Night Live has recently rediscovered. At the same time, we are mistaken to think they are not a threat to civilized life. In real life, Mosley in the UK and Rockwell in the US were a serious menace, as much as the establishments they opposed.

The statist Left and the statist Right play off each other, creating a false binary that draws people into their squabble. People need to understand, as F.A. Hayek emphasized in Road to Serfdom, that the fascists and communists are really two sides of a split within the same movement, each of which aspires to control the population with a version of a central plan.

It’s a question of how best to deal with them. Ideally clowns like this would be ignored, left to sit alone at the bar or at the park with their handful of deluded acolytes. That’s how Wodehouse presented his fascist – just as a silly distraction whose only value is a good joke. However, this is not typically how people do deal with them. They are so offensive to people’s ideals that they inspire massive opposition, and that opposition in turn creates public scenes that gain a greater following for the demagogue. This cycle continues to the point that the entire political landscape becomes deeply poisoned with hate and acts of vengeance.

When thinking of how genuine lovers of human liberty should deal with such settings, I always fall back on Ludwig von Mises from 1927.

It is often maintained that what divides present-day political parties is a basic opposition in their ultimate philosophical commitments that cannot be settled by rational argument. The discussion of these antagonisms must therefore necessarily prove fruitless … Nothing is more absurd than this belief … Rhetorical bombast, music and song resound, banners wave, flowers and colors serve as symbols, and the leaders seek to attach their followers to their own person. Liberalism has nothing to do with all this. It has no party flower and no party color, no party song and no party idols, no symbols and no slogans. It has the substance and the arguments. These must lead it to victory.

It can be the hardest thing in the world to remember this in the midst of political upheaval and antagonisms. People tend to believe they must join the Left to defeat the Right or join the Right to defeat the Left, forgetting that there is a third option: rule by no party and no one, but rather by universal self-rule and the society of freedom first and always.

It’s the tragedy of real-world politics that we keep moving through these phases, trading one style of central plan for another, one type of despot for another, without understanding that none are necessary. True defenders of liberty get it. That should inspire us to smile from time to time.