Massive Inflation May Be Coming, Because the US Government Has Cornered Itself into a Fiscal End Game 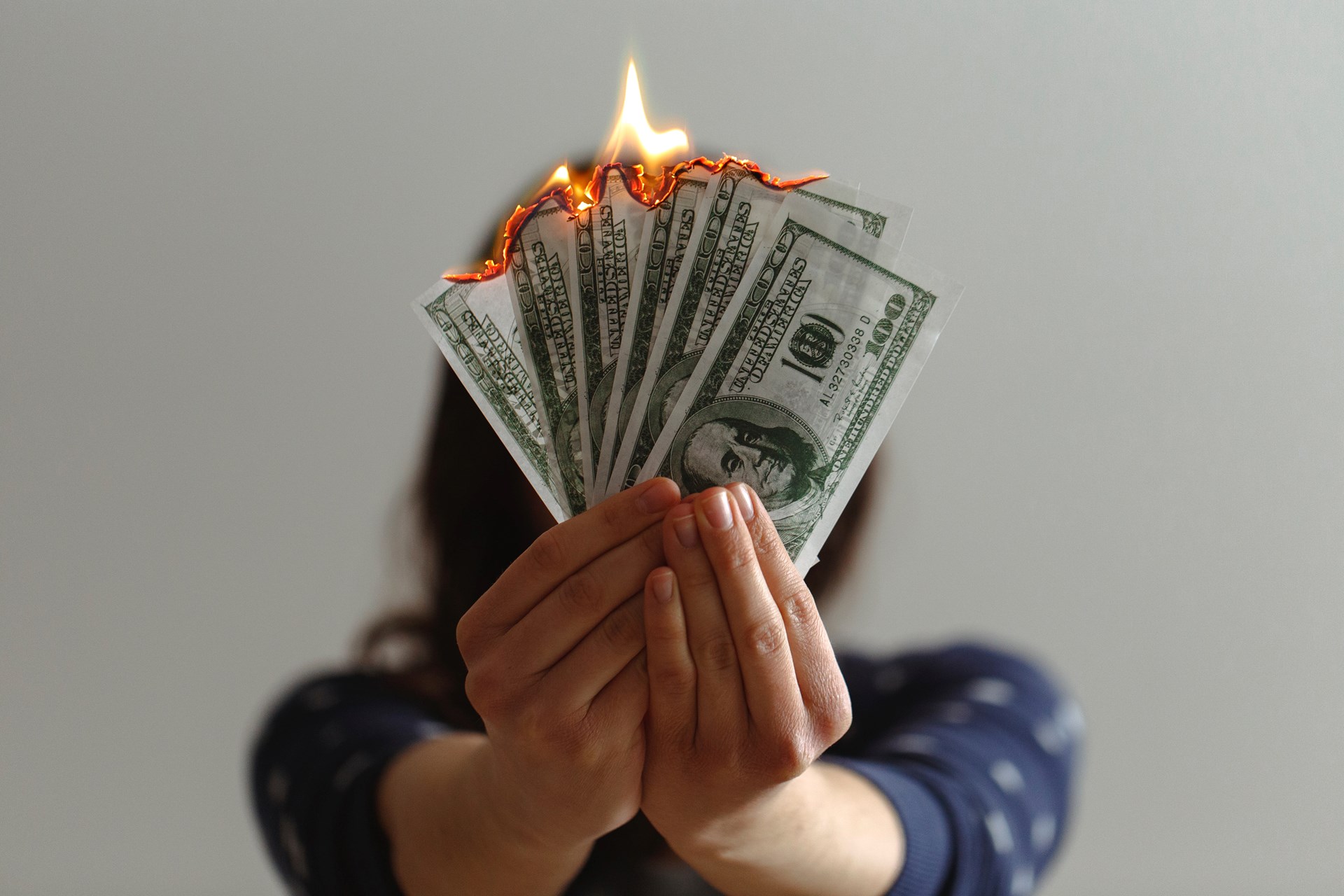 Photo by Jp Valery on Unsplash

The federal government is moving into the final stages of its fiscal life. Deficits have gotten so enormous that the Federal Reserve simply prints the money the government needs. Why? Because that’s the only option left on the table.

For years, we have warned that continued deficit spending would paint the Federal Reserve into a corner wherein monetary policy would become a slave to fiscal policy. To avoid government default, confiscatory taxes, government shutdown, or a combination of all three, the Federal Reserve has reached a point wherein it has little choice but to monetize federal deficits. Sooner or later, we will all pay the price in the form of massive inflation.

Prior to 2008, banks would typically loan out almost all of their reserves, holding back around 3 percent as what’s called “excess reserves.” Excess reserves are to a bank as an inventory is to a manufacturer—a buffer meant to absorb fluctuations in consumer demand. But after 2008, things changed. Banks started holding more excess reserves—a lot more. Since 2008, banks have been holding more than 90 percent of their reserves as excess. This is because, starting in 2008, it became much less costly for banks to maintain excess reserves. This is due to two, possibly three, things.

First, historically low interest rates made it less profitable for banks to lend. Second, the Financial Services Regulatory Relief Act of 2006 authorized the Federal Reserve to begin paying interest on money that banks deposited in their Fed accounts (something the Fed had not done before). Third, economic uncertainty following the 2008 crash and the long road to recovery made lending less attractive. These things gave banks an incentive to keep more of their reserves in their accounts at the Fed rather than loaning them out to borrowers. Thus, banks’ excess reserves increased.

Massively increasing banking reserves was like loading the inflation gun. But, pulling the trigger would require banks to loan out those reserves. Because of the increased incentive for banks to hold excess reserves, banks haven’t yet pulled the trigger. That explains why we haven’t seen multi-thousand percent inflation following the multi-thousand percent increase in bank reserves. At least for now, banks are preventing the increase in reserves from translating into an increase in the money supply, and that is holding back inflation.

Inflation occurs when the money supply grows faster than the economy. From the mid 1980s all the way to August of 2008, the money supply grew at an average annual rate of around 5 percent. By comparison, the economy (as measured by real GDP) grew at an average annualized rate of around 3 percent. Other things equal, the difference in these two numbers should give us the inflation rate for the economy as a whole. Indeed, overall inflation (as measured by the implicit price deflator) averaged around 2 percent over this period.

But then came 2008. In an attempt to stimulate the economy following the 2008 housing crash, the federal government ran several trillion-dollar deficits, and the Federal Reserve increased bank reserves to help fund that massive borrowing. From the end of 2008 through February of 2020, the money supply grew at an average annualized rate of around 10 percent—about double the rate at which it grew prior to 2008. Meanwhile, the economy slowed to an average 2 percent annual growth rate. Other things equal, this should have given us an annual inflation rate of around 8 percent. But, overall inflation actually declined somewhat to an average of less than 2 percent per year.

Where Was the Inflation?

It turns out that other things weren’t equal. What changed was the velocity of money—the rate at which the average dollar changes hands in the purchase of domestically-produced goods and services.

So too here. Starting in 2008, the money supply grew faster, but people and businesses responded by decreasing the velocity of money. Consequently, inflation didn’t change much.

Indeed, market watchers have been wondering how it can be that stock prices fell with the advent of COVID lockdowns, but then recovered almost half of that decline within three short weeks. The longer the lockdown drags on, the greater the number of bankruptcies there will be.

Given that it’s unclear how long the lockdown will last, and that the economic ramifications become more dire with each passing week, one would expect stock prices to continue to fall so long as the lockdown remains.

What does this mean for the future? Eventually, the money that has made its way into the stock market will make its way back into the markets for goods and services. This will start to happen as things begin to return to normal and people start spending more freely. Under normal circumstances, the Fed would be on the lookout for this, and would begin to contract reserves so as to prevent inflation. Indeed, this is what the Fed had been doing from 2014 until early this year.

But there is a new factor at play now. The federal government ran its first trillion-dollar deficits in response to the housing crisis. Politicians defended the massive spending because all manner of things were “too big to fail.” But, after the crisis passed, the government didn’t reduce its spending back to pre-2008 levels.

The increased spending had become the new normal. In response to the lockdown, the government will produce its first multi-trillion deficit this year. But, if recent history is any guide, multi-trillion-dollar deficits will also become the new normal. And the funding required to support that level of borrowing will require the Federal Reserve to monetize the deficit, at least partially, by increasing the money supply.

The new normal will have the Federal Reserve printing money to pay for Washington’s runaway spending. And, sooner or later, that will give us sustained and significant inflation. The time to fix this problem passed a decade ago. We’re about to enter the final stages of our government’s fiscal life.

Since the invention of money, this has happened to all of the world’s super economies, and many of the minor ones: Rome, Spain, Germany, the United Kingdom, and next, the US. In every case, the outcome was the same—the country’s currency became less attractive as a reserve currency, and the country’s economic prominence faded. In every case, the fault traces to a single source—the inability of politicians to constrain government.