It is the nature of the rent-seeking society to turn men into beasts and business tides into crimson tides. 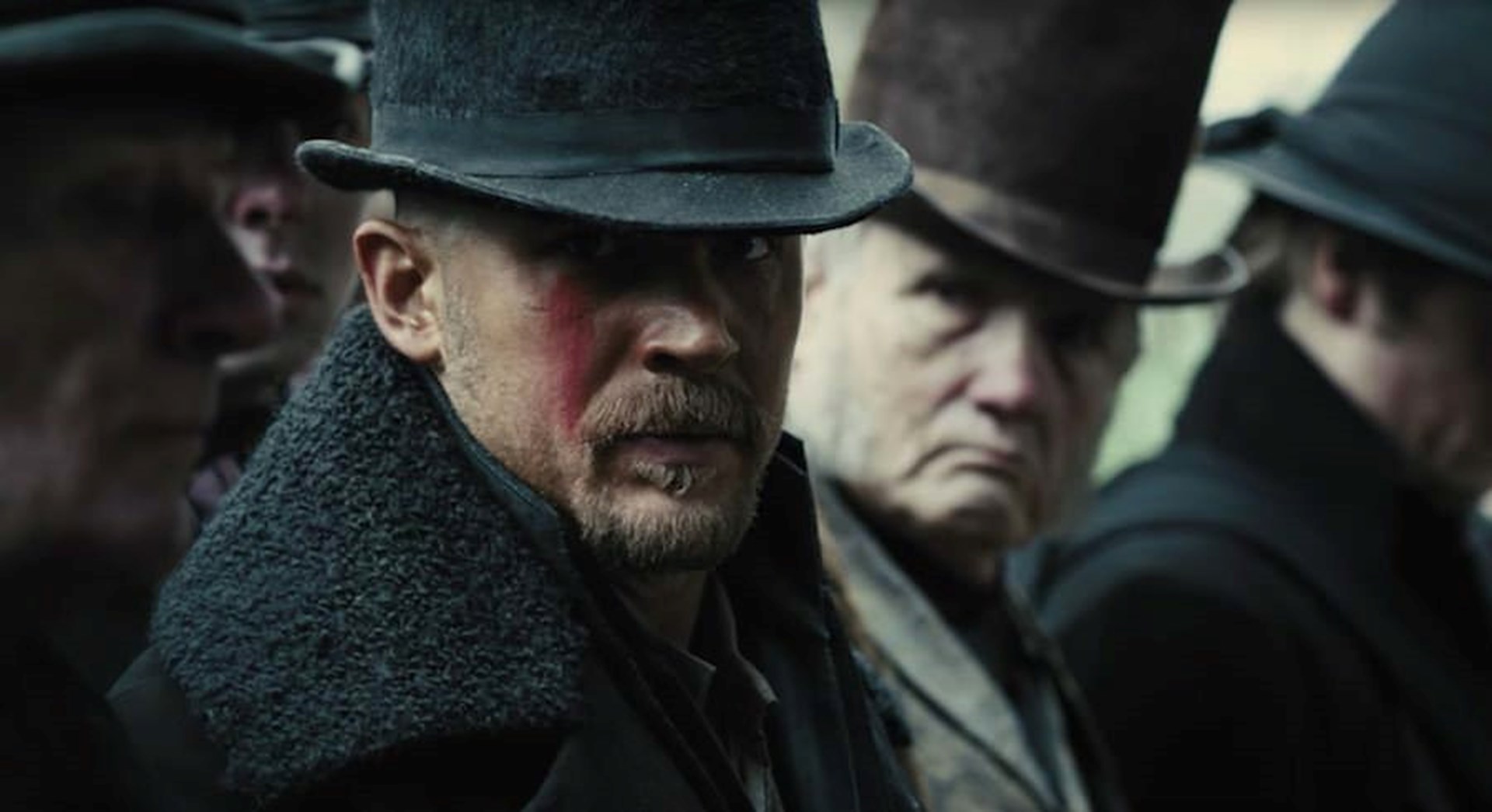 Taboo is the dark and brooding saga of mystical cannibal tea traders you’ve always wanted. But it’s also something rarer still: a TV show that understands the economics of monopoly.

Taboo calls monopoly what it is: a grant of privilege from the State.

Set in 1814, Taboo’s story revolves around political disputes over trade monopolies. The stakes are high — “all the tea in China” — and governments are willing to use any means necessary to dominate this enormous market. At the center of the drama is the East India Company, the classical monopolist par excellence.

To put it bluntly, this is not a story about the wonders of the free market, but about the evil things people do to restrain trade and mold society to their own desires rather than to serve others. In this sense, it’s one of the most realistic portrayals of monopoly on the small screen. In particular, the setting of Taboo means that monopolies are depicted more as they were historically rather than as they are understood today in popular culture or in unrealistic economic models of competition.

In this sense, the show violates a pop culture taboo by calling monopoly what it is: a grant of privilege from the State.

This approach to monopoly is not new. The term has long been used in this sense to mean a grant of exclusive rights to produce and trade in certain regions or goods. Historical rulers singled out specific companies as beneficiaries, which in turn created competition for political privileges at the expense of the public. In other words, monopoly was and is a legal barrier to entry. This is not simply a convenient definition: it reflects how the term has been understood for most of economic history. It also has a distinguished pedigree in economics, where it emerged and evolved through the works of Carl Menger, Frank Fetter, Vernon Mund, Ludwig von Mises, Murray Rothbard, and others.

Unfortunately, this understanding of monopoly is usually lost on the art world. In pop culture, monopoly as such isn’t a taboo subject; in fact, it’s everywhere. The trouble is that pop art tends to suffer from one of two problems: it either calls things monopolies that aren’t, or it accurately depicts monopolies without realizing what they are.

The first is the problem of the "evil corporation." For many people, a large company with few competitors is automatically a monopoly. Few shows are willing to acknowledge that success in the market might signal that an entrepreneur is making society better off. In fact, it’s rare to find any hint that profits are fleeting or that they could depend on the whims of consumers. Instead, size and corporate identity are thought to correlate strictly with nearly unstoppable economic and legal power. Evil must be lurking behind the scenes if the corporate headquarters is more than four stories tall.

Monopolies don’t just appear spontaneously, and they aren’t defined simply by their size.

The second error involves blaming free markets for the behavior of monopolists. The most important example is the State itself, which is a monopolist of violence. But this error usually involves fictional firms that ignore the law and their customers. These are the firms that cheat their employees, ignore their safety, attack peaceful strikers, or dump toxic waste on their neighbors. Such behavior is thought to represent the logic of free markets. Audiences see these behaviors in their everyday lives, but misunderstand what causes them: rather than “unregulated” markets, they are consequences of legal privileges that protect companies from customers instead of leaving them at their mercy. Consumers lose their bargaining power because the law eliminates choice.

Returning to Taboo, what separates it is a frank acknowledgment of what monopoly is. The main characters know government is the source of lasting economic power, and the dramatic tension arises from not knowing which government will be the one to distribute privileges, or to whom.

Monopolies don’t just appear spontaneously, and they aren’t defined simply by their size. If anything, their size is a result of the political power invested in them. Taboo’s protagonist, James Delany, makes this clear as he bargains with the US and Great Britain for a tea monopoly for his company, which consists only of himself. His struggles with the East India Company show clearly how a small man can be made larger than the greatest monopolist through a simple grant of privilege.

Of all the taboo behavior depicted in the show, the monopolists’ is the most immoral. It certainly claims the most victims: for the characters, theft and murder are normal aspects of the pursuit of political privilege. The rule of law evaporates as Delaney, the British Crown, the US government, and the East India Company fight to dominate the market. Monopoly rights turn men into beasts and business tides into crimson tides. But this is the nature of the “rent-seeking society” created by governments that bestow privileges on business: buyers and sellers turn against each other, and the State establishes its patronage as the most important form of achievement and source of wealth.

In this kind of society, liberalism and free markets are the greatest taboos of all.