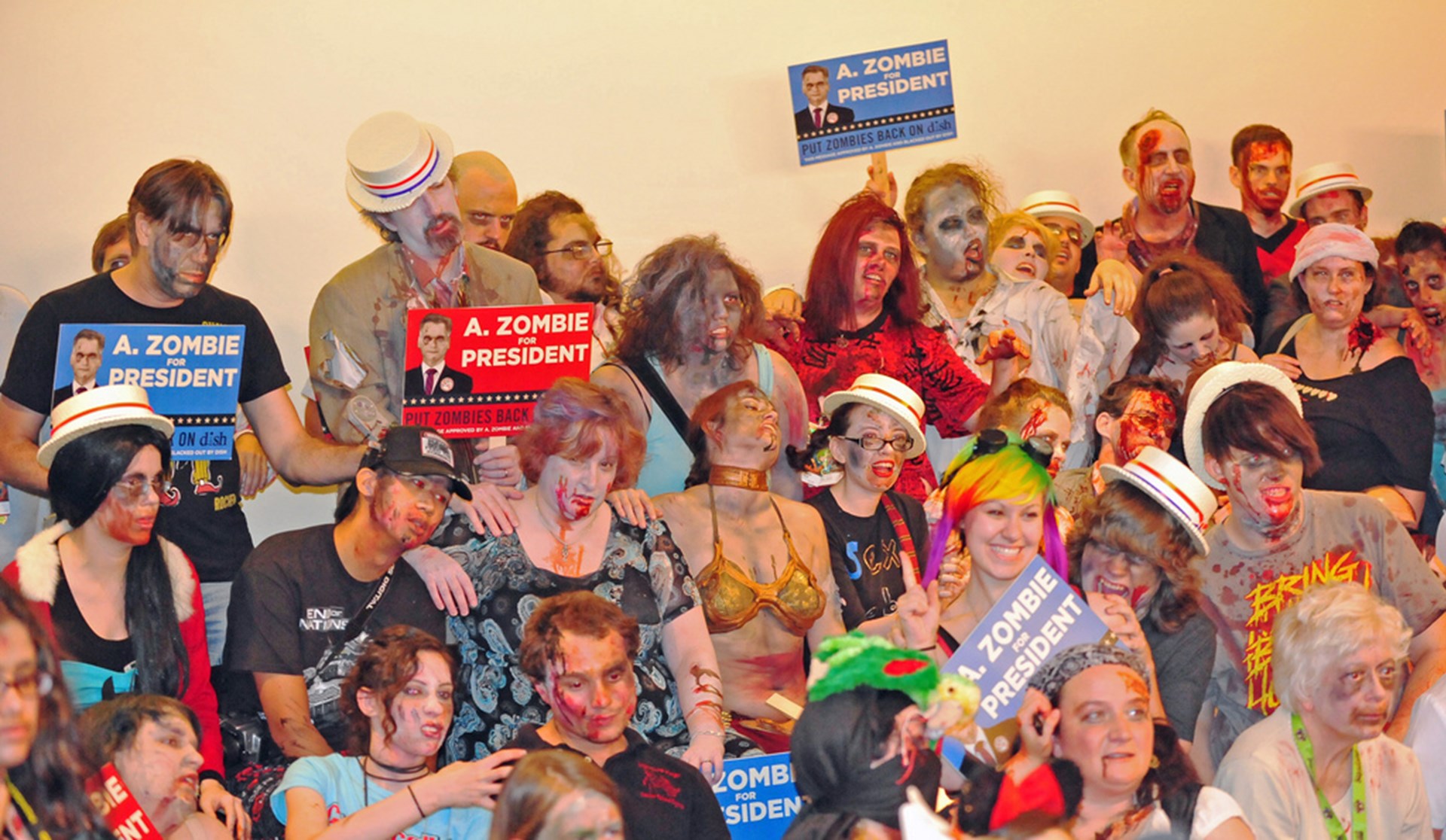 Like a TV show zombie, just when you thought it had been struck down for good, socialism keeps rearing its ugly head. Will nothing keep this pernicious ideology buried in the dustbin of history? No record of failure? No death toll? No indisputable economic critique?

Unfortunately envy springs eternal, and with every state-generated economic downturn, there will always be those susceptible to the siren song of class warmongers: the urge to scapegoat, the draw of freebies, the lure of loot.

America’s socialist demagogue du jour is presidential candidate Bernie Sanders. He may not have won the Democratic nomination, but he has won over many young people to the dream of “democratic socialism”: a “kindler, gentler” socialism, under which state officials given absolute economic power will somehow not be corrupted absolutely, thanks to the magic of voting.

Eternal vigilance is the price of protecting our remaining liberty. So let us again review the ironclad case against socialism, so we can strike it down once more before it lurches any closer. Consider this page of resources your socialist zombie survival kit.

Each section below starts out with a quote from the article "What is Democratic Socialism? Q & A," published by the Democratic Socialists of America (DSA). Each claim is followed by articles that refute it. Following that is a list of classic quotes against socialism.

“We believe that social and economic decisions should be made by those whom they most affect.” - Democratic Socialists of America

What happens when you try to combine democracy with socialism?

Markets are made of cooperation.

"New Socialism" looks and feels just like the old kind where shortages, queues, black markets, and official theft are the norm.

“We believe that democratic planning can shape major social investments like mass transit, housing, and energy...” - Democratic Socialists of America

Why Socialism Is Impossible

Without the price system, decisions must be made in the dark.

Collectivism is based on faulty principles.

The Myth of Scandinavian Socialism

The Nordic model is far from socialist

Scandinavia is in the midst of an economic transformation and has taken notable steps toward liberalization and has benefited greatly from it.

Debunking the Big Myth about Sweden in 80 Seconds or Less

History shows capitalism made Sweden rich and big government made it stagnate.

Socialism Is Harder than You Think

Unfortunately, while France is moving away from these policies, the US is likely to move some distance in their direction. Socialist ideas are superficially appealing.

Economic Calculation in the Socialist Commonwealth

Ludwig von Mises wrote this seminal piece in 1920. It shows that the idea of socialism is completely incompatible with economics. It spawned three decades of debate. It remains the decisive demonstration that socialism cannot work in practice.

The Use of Knowledge in Society

“Our vision is of a society in which people have a real voice in the choices and relationships that affect the entirety of our lives. We call this vision democratic socialism — a vision of a more free, democratic and humane society.” - Democratic Socialists of America

Intolerance for free expression grows with the scope of central planning

Is Socialism Good in Theory?

Socialism should be discredited on moral grounds, too.

Socialism Is War and War Is Socialism

Both forms of central planning are reactionary, not progressive.

The destructive effects of those governmental activities as predicted by Bastiat a century and a half ago are visible everywhere, in the United States as in France—huge deficits, increasing taxes, inflation, more crime, an enormous growth in government, a decline in moral values, and so on.

The Soviet Tragedy: A History of Socialism in Russia, 1917-1991 and Russia Under the Bolshevik Regime

Socialism is an assault on reality.

“Socialism, in the final analysis, amounts to the frustration of willing exchange by people who are unaware of how little they know.” - Leonard Read

"Socialism only seems to work when you don't fully implement it, when you keep enough capitalism around to pay socialism's bills, at least for a time. It's the difference between milking the cow and killing it. Socialism has no theory of wealth creation; it's just a destructive, envy-driven fantasy about redistributing it after something else (and somebody else) creates it first." - Lawrence Reed

"The chief difference between free capitalism and state socialism seems to be this: that under the former a man pursues his own advantage openly, frankly and honestly, whereas under the latter he does so hypocritically and under false pretenses" - H. L. Mencken

"Socialism is the shortest distance between prosperity and poverty.” - Robert Higgs

"Socialism in general has a record of failure so blatant that only an intellectual could ignore or evade it." - Thomas Sowell

"Socialist or economist, you have to choose" - Alfred Jourdan

"It is not the truth of Marxism that explains the willingness of intellectuals to believe it, but the power that it confers on intellectuals, in their attempts to control the world. And since, as Swift says, it is futile to reason someone out of a thing that he was not reasoned into, we can conclude that Marxism owes its remarkable power to survive every criticism to the fact that it is not a truth-directed but a power-directed system of thought" - Roger Scruton