"New Socialism" looks and feels just like the old kind

In 1990 I went to a Cato Institute conference in what was then still the Soviet Union. We were told to bring our own toilet paper, which was in fact useful advice.

Now, after only 16 years of Chavista rule, Venezuela has demonstrated that “Socialism of the 21st Century” is pretty much like socialism in the 20th century. Fusion reports:

“It’s an extreme situation,” says Xinia Camacho, owner of a 20-room boutique hotel in the foothills of the Sierra Nevada national park. “For over a year we haven’t had toilet paper, soap, any kind of milk, coffee or sugar. So we have to tell our guests to come prepared.”…

Montilla says bigger hotels can circumvent product shortages by buying toilet paper and other basic supplies from black market smugglers who charge up to 6-times the regular price. But smaller, family-run hotels can’t always afford to pay such steep prices, which means that sometimes they have to make do without.

Camacho says she refuses to buy toilet paper from the black market on principle.

Recently, Venezuelan officials have been stopping people from transporting essential goods across the country in an effort to stem the flow of contraband. So now Camacho’s guests could potentially have their toilet paper confiscated before they even make it to the hotel.

But what I never understood is this: Why toilet paper? How hard is it to make toilet paper? I can understand a socialist economy having trouble producing decent cars or computers. But toilet paper? Pantyhose? And soap? And matches?

Sure, it’s been said that if you tried communism in the Sahara, you’d get a shortage of sand. Still, a shortage of paper seems like a real achievement.

Update: A mischievous commenter on FEE's Facebook page asks, "Have they tried printing more money?" And the answer is: yes. One thing socialist governments never run out of is paper money — maybe they'll find a use for it. - Ed. 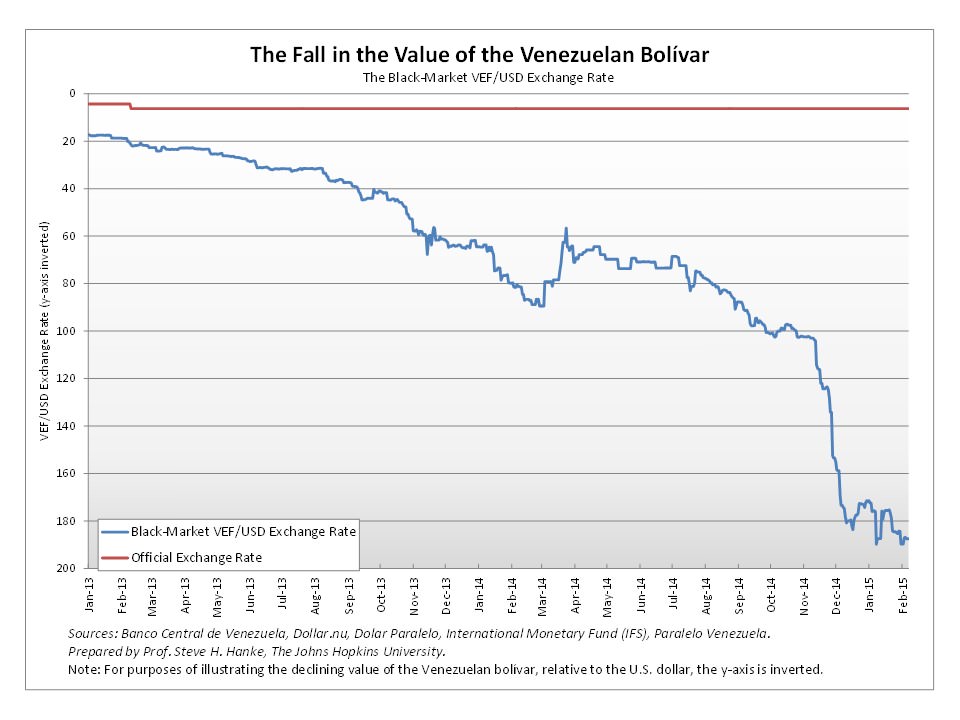