Why Our High Schools Can’t Keep Up with Our Universities

America's universities are the best in the world. Why aren't our high schools, too?

Much has been said about the high cost of higher education in America. And it is, indeed, quite expensive and getting more so at an alarming rate. For all that, though, at least we can say that America gets what it pays for in that we have the best higher education system in the world. In fact, it's one of our biggest exports, totaling more than $35 billion—fully 5 percent of America's export market—as of 2015. The same cannot be said for our primary and secondary education systems, with the US consistently ranking at around the middle of the pack among developed nations in standardized test scores. The thing of it is, the average annual cost per student in an American public high school is about the same as the average annual cost per student in an American public university. With the price of educating young people being generally the same for public high schools and public universities, why is there such a huge discrepancy in the outcomes for the students? Is there any way to remedy this situation? Join James Harrigan and Antony Davies as they discuss this and more on this week's episode of Words and Numbers.

Are Bloated Bureaucracies Undermining Higher Education?
hereandnow.legacy.wbur.org
The rise (and rise) of the healthcare administrator
www.athenahealth.com 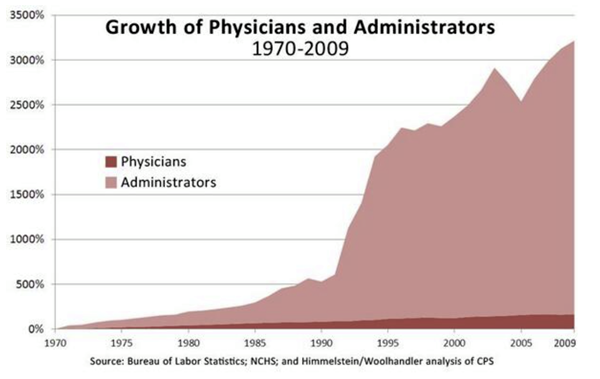 Michelle Obama: My husband was 'the good parent' compared to Trump
thehill.com

Topic of the week: Public schools

The Evidence Is In: School Choice Works
www.cato.org

Comparison of US school students to students in other countries

U.S. students' academic achievement still lags that of their peers in many other countries
www.pewresearch.org

Higher education is a major US export

Sealing the border could block one of America's crucial exports: Education
www.brookings.edu

Value of a high school diploma

Public Schools Are Not Doing Their Jobs
www.usnews.com

James R. Harrigan is and the F.A. Hayek Distinguished Fellow at the Foundation for Economic Education. He is also co-host of the Words & Numbers podcast.