Texas Now Produces More Oil Than Every Country in the World Besides Russia, Saudi Arabia, and Iraq

This “energy miracle” in the Lone Star State has to be one of the most remarkable energy success stories in history.

As a result of the impressive, "eye-popping," and ongoing surges in Texas’s oil production over the last decade, the Lone Star State recently surpassed Canada’s oil output for the first time this year (except for a few previous outlier months when production in Canada dropped sharply, see chart below), and now produces more oil (4.6 million barrels per day) than all other countries except for Russia, Saudi Arabia, and Iraq (see map below).

And if the recent year-over-year output increases of 25-35 percent in recent months continue in Texas, it won’t be long before the state’s crude oil production tops Iraq’s daily output (of 4.7 million barrels), and it will only be Russia and Saudi Arabia that out-produce the Lone Star State.

The near quintupling of oil output in Texas, from about 1 million barrels per day (bpd) in 2008 to what will likely be more than 5 million bpd by the end of this year—ranking the state as the world’s No. 4 oil-producing “nation,” fueled by 35 percent annual increases in recent months—has to be one of the most remarkable energy success stories in history.

And this “energy miracle” in the Lone Star State has nothing to do with Obama’s recent delusional claims of his alleged contributions to America’s new position as the world’s No. 1 oil producer, and everything to do with the contributions of free-market capitalism, Yankee ingenuity, technological innovation, revolutionary drilling and extraction techniques supported by modern Made-in-the-USA equipment, and, most importantly, the contributions of America’s many risk-taking “petronpreneurs” who are the real “miracle workers” in America’s amazing energy success story. 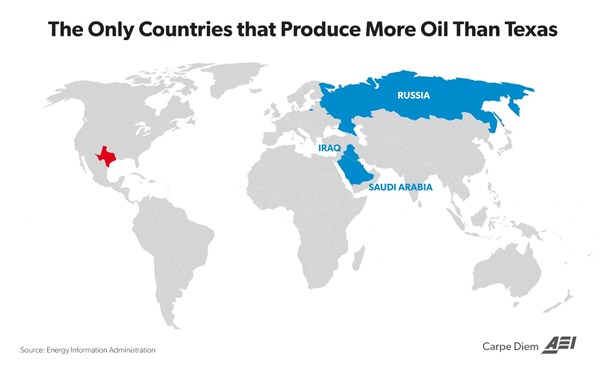 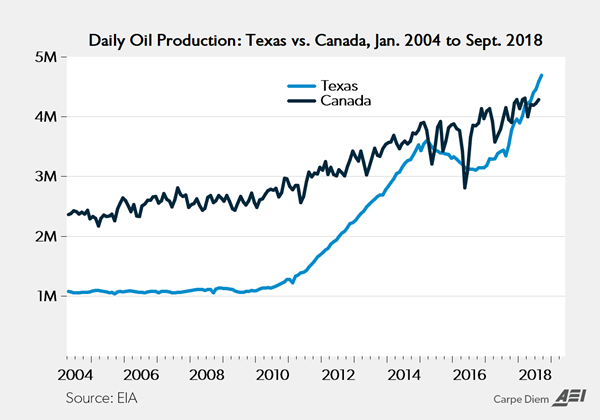