Millennials Want to Work with Their Hands

The old idea that “there’s nothing like good, honest, manual labor” hasn’t been lost, even if it has been refined a bit to let us work in air conditioning. 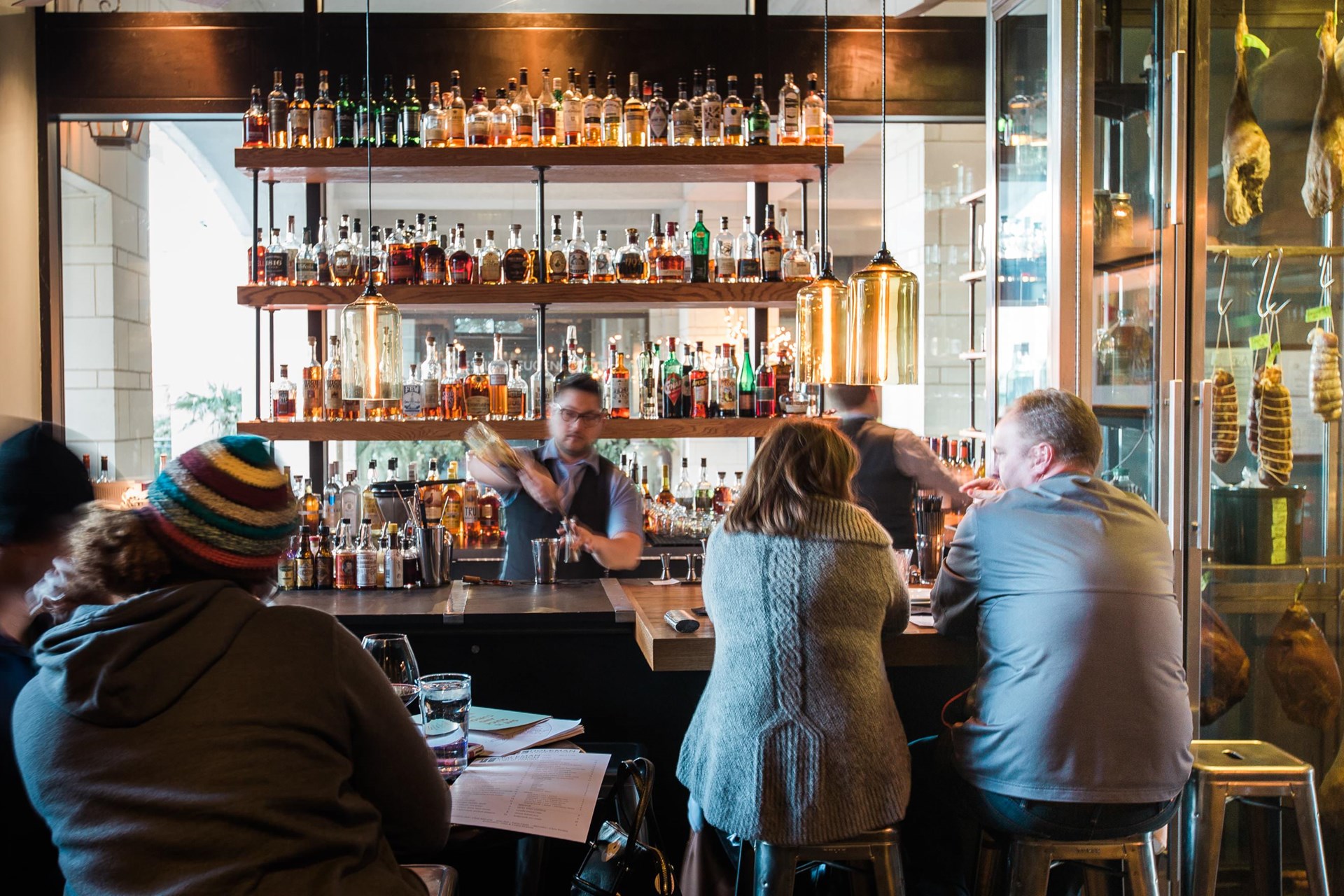 The Wall Street Journal published an article the other day about how “old-fashioned” manual labor jobs are resurging among millennials: jobs like bartenders, butchers, bookbinders, craft brewers, furniture-makers, and fishmongers.

Traditionally "low class" jobs are surging among millennials, voluntarily.All of these jobs are traditionally considered to be “low class” because they are more manual labor-intensive than intellectual. Nowadays you could say these jobs are all “artistic” or “showy” since they can be watched and admired while producing a tangible product, and maybe that performance aspect is contributing to their predicted growth. But a similar resurgence is beginning in more behind-the-scenes jobs like bakers, chefs and cooks, electricians, car mechanics, and plumbers.

There was a bookbinder at my alma mater, but he was an 80-something-year-old monk who repaired the monastery’s centuries-old books (no joke). As a result, the idea of a young adult in the private sector hunched over old manuscripts is a bit of a foreign image to me. So I decided to test this whole young-people-at-old-fashioned-jobs theory by going to a local bar.

Holeman and Finch is easily one of the most unique bars I’ve ever been to. It isn’t quirky, gaudy, or overstated at all. It has a subtle, casual elegance. But the entrance immediately tells you that this place is different, and it commands the atmosphere of the whole place: the visible in-house charcuterie and kitchen.

I felt like I’d been transported a hundred years back to London when the smog was still a legendary daily problem, like I was Tiny Tim looking through the window at the Christmas geese. On the other side of the window were not old men somehow grandfathered into the 21st century after learning how to cure meats from their own grandfathers. Instead, there were young men only a few years older than me, wielding butcher’s knives to cut and cook customers’ orders.

There were not old men somehow grandfathered into the 21st century. There were young men with tattoos and modern haircuts.Yes, they were all hipsters. But not obnoxiously so. They just seemed like part of a bygone world.

The bartenders weren’t much older than me either as they poured my Hemingways behind a dark wood bar, with wood shelves full of glass liquor bottles reaching to the high ceiling behind them. Yes, they were hipsters too. In fact, adjusting for height, almost all of them looked exactly the same: longish hair pulled back, stubbly facial hair not grown to full beards, button-up shirts with vests, and long black aprons. But they were not obnoxiously hipster either. They just seemed like they were from a different era, as if they had been brought in from Peaky Blinders.

Everyone in the bar was young too, but they carried themselves more elegantly than people tend to at sports bars. Classic rock played in the background as the smell of smoked meats drifted through the air on the steam of frying burgers. Edison lights hung low over the wood tables. Tall chalkboards with elegant handwriting hung on the wall announcing the day’s drink and food availability. It was all kinds of rustic luxury. Yet it was still affordable enough for millennials to come. And even though it wasn’t at all what I was used to, I didn’t feel uncomfortable at all. It felt like it was how bars are supposed to be.

There’s no way Holeman and Finch will push other bars or delis out of business – they’ve found a niche market and their customer base is a very specific kind of person. But they’re very good at what they do, and their audience loves them for it. As a place of employment, it’s perfect for millennials looking to do something tangibly skill-based rather than something digital. As far as I could tell, the Wall Street Journal had come down to visit that very bar before publishing their article.

Back to the World of Centuries Ago

A century ago these career choices would have made people akin to peasants. Today they are highly respected.Time and job trends go in circles. First it was honorable just to have work. Then you wanted excess product to sell. Then it was honorable to own livestock or shops without producing the products yourself. Then the classy thing to do was nothing at all, but merely to philosophize all day long in togas while slaves did the actual work.

Eventually the middle class emerged along with the rise of commerce, and it became respectable to sell the things other people had made. As the centuries progressed, it became more and more honorable again to own the place that produced things to sell, but without doing the selling or manufacturing part yourself. Starting a couple centuries ago, the aristocratic way was to own productive land without having to do anything but live on it while other people produced and sold its fruits. After a few generations of this, the honorable thing was to sell the land, move to town, and live off the resulting money without doing any work at all.

The modern era of the last century or so brought respectability back to the idea of working, but it was still far more honorable to be the owner or CEO of your company than a mere low-rung employee. Over the last few decades, we saw a return to selling things yourself – even Steve Jobs sold his company’s products. Finally, just in the last few years, we’ve started to see a new fashionable trend back towards making things yourself. A century ago this voluntary decision would have made people akin to peasants, but today craftsmen are highly respected, even if they don’t own their place of work.

The old idea that "there's nothing like good, honest, manual labor" hasn't been lost.With the rise of websites like Etsy encouraging personal artistry, and of brick-and-mortar craft locations like my butcher-bar, people are beginning to appreciate the now-rare ability to make a thing yourself by hand. Few people can cure and slice ham into prosciutto, so we admire those who can. Few people can build a chair that isn’t from IKEA (and even then it’s dubious), so we respect those who can.

I’m not a bartender, but I love making drinks for my friends. Creating a physical, tangible thing feels good, and it makes my friends happy, which of course makes the whole thing even more enjoyable for me. It’s so refreshingly different from the highly digitized world we now live in, like stepping outside again while it’s still light out after a long, long day at the office. I don’t blame my peers for wanting to leave their devices until after working hours to find a job that lets them work with their hands instead.

The old idea that “there’s nothing like good, honest, manual labor” hasn’t been lost, even if it has been refined a bit to let us work in air conditioning.