Is Poverty Inescapable? An Immigrant's Perspective

As the universal story of immigrants shows, it is possible for people to leave poverty behind for good. 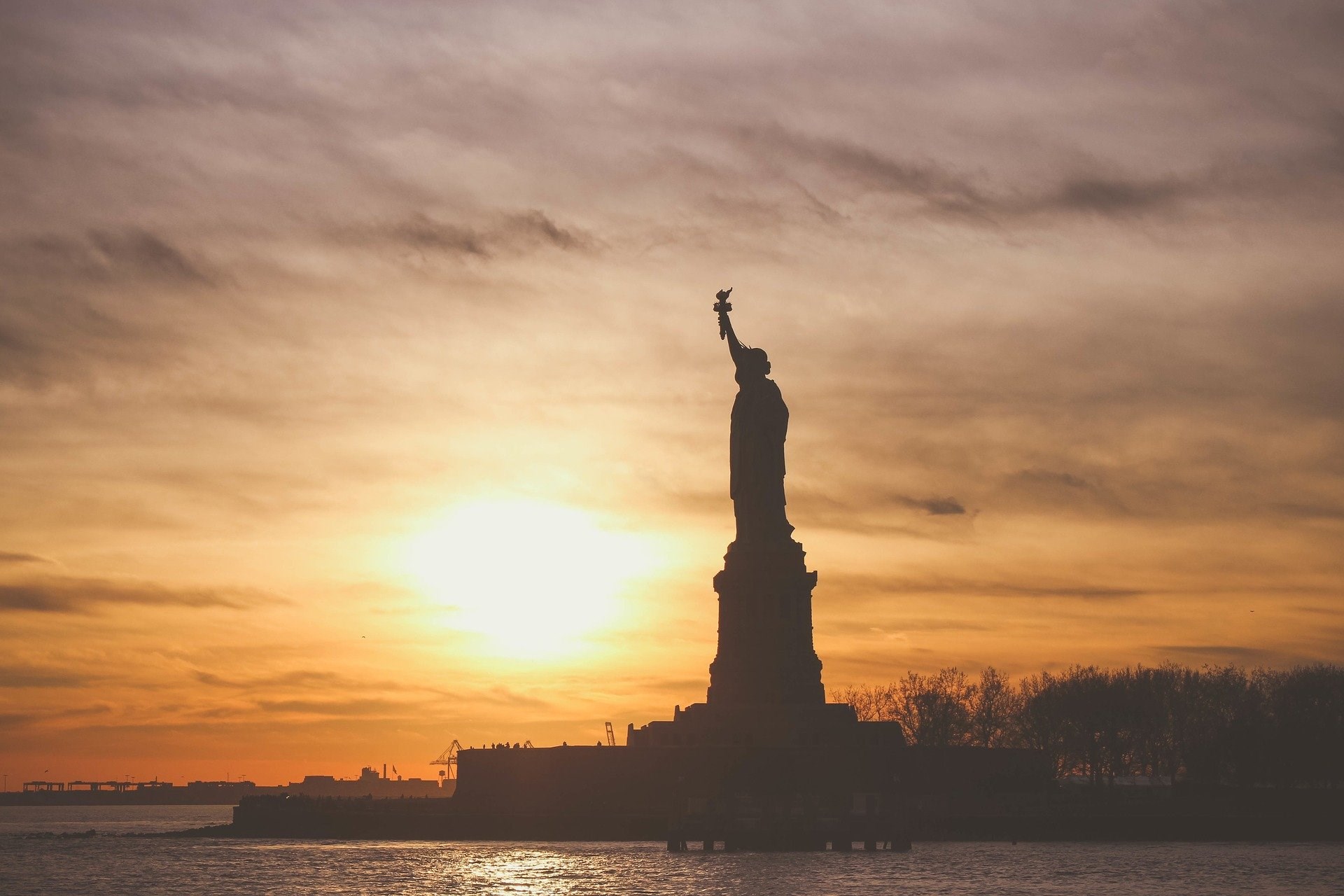 It is now fashionable to argue against the myth of escaping poverty by "pulling yourself up by your bootstraps." In her book Hand to Mouth: Living in Bootstrap America, Linda Tirado argues against the idea that poverty is due to a moral failing or character flaw. According to Ms. Trado, poverty is a self-perpetuating cycle; it is a structural problem rather than a personal fault. It could be you stuck in the same endless, intergenerational cycle of poverty, living paycheck to paycheck and made homeless by any number of setbacks that are mere annoyances to the middle class. Perhaps if the elites didn't blame the poor for their misfortune, better policies could be enacted.

Nevermind that the "pulling yourself up by your bootstraps" meant an absurdity from the start—if you think about it, it's always meant something physically impossible.

Ms. Tirado's personal experience of poverty is undoubtedly real and shared among the poor in America. There are insights to be found in the ways families struggle to achieve a better life yet somehow never manage to leave the trailer park or the ghetto. Nonetheless, I think Ms. Tirado has a very incomplete and self-defeating outlook on poverty, and my family's immigrant story shows an alternative to this depressing worldview.

Is there no way for a poor person to reliably and permanently leave poverty behind? Is luck or superstar talent the only way out?

Lack of wealth is no guarantee of poverty, and nowhere is this more evident than the history of immigrants in the United States.

We've all heard stories of lottery winners and star athletes who return to poverty, and in fact, lottery winners are far more likely to declare bankruptcy than the average American. Obviously, wealth alone is no guarantee of financial success. On the flip side, lack of wealth is no guarantee of poverty, and nowhere is this more evident than the history of immigrants in the United States.

As the study "Immigrants in the one percent: The national origin of top wealth owners" argues, immigrants are over-represented in the top 1 percent of Americans. While most come here with few assets, many groups rise to the top within a single generation.

The Social Security Administration found that

although we find that immigrants have less wealth overall than natives, they appear to decumulate resources more slowly in retirement. Consistent with the literature on lifecycle wealth accumulation, we find some evidence that these patterns may be due to differential concentrations of illiquid wealth and use of bequests and transfers.

In other words, the most common way of escaping generational poverty is to build equity over a lifetime and leave it to your children. Why do some groups find this easier than others? Why have many countries leaped out of poverty in the last few decades, while others remain mired in it?

As the universal story of immigrants shows, it is possible for people to leave poverty behind for good. Ms. Tirado's claim that "it's impossible to win unless you are very lucky" is empirically false, and my family story is one of the millions in America that proves it.

Coming to America from the USSR

My parents and I immigrated to the USA from Ukraine with only a few dollars in our pockets, two suitcases each, and zero support from relatives. Was there any question whatsoever that we would be successful in this country? Not in our minds, and not to anyone who studied the history of the Jewish diaspora from Eastern Europe.

You might argue that their education was an asset, but my parents still started at the bottom and worked in fast food for a year while they learned English, then built their accreditation from scratch until they could go back to teaching and electrical work.

Growing up in both Ukraine and America, I observed many cultural differences between my family and our neighbors. Before we bought our first house in a nice neighborhood, we lived in a poor neighborhood, and I attended an inner-city school. I saw my schoolmates obsess over brand-name shoes and gadgets, fast food, music collections, and concerts. When I was 15, I invested the first $250 I made sweeping construction sites in a mutual fund. I saved almost everything I made during high school to pay for college.

Instead of buying a car, my dad spent his first savings on a business venture—he failed, and then failed again, but eventually, he made enough side income to quit his day job.

I remember how we went without AC during 100-degree days in San Antonio and wore only second-hand clothing so we could buy our first home after just one year. Instead of buying a car, my dad spent his first savings on a business venture—he failed, and then failed again, but eventually, he made enough side income to quit his day job. He has been working for himself ever since.

While my classmates in college spent their savings on cars and alcohol, I worked a job, tried and failed to start a blog hosting business, invested my student loans in E*Trade (disastrously, right around 9/11), and completed three degrees. I didn't buy my first car until I got my first post-graduate job, but I was able to pay off all my student loans six months after graduation.

Even today, having achieved financial success in my mid-30s, I ride a bicycle to work, always bring my lunch, and live (with two kids) in a small apartment, although I have the cash to buy any of the homes I ride by on my commute to work.

Poverty as a Mindset

If you asked me at any point in my life if I was poor, I would never think about my salary, bank account, or my possessions. Sure, I had very few assets until after I graduated and started working. Still, I never doubted the value I had to contribute to the world and my ability to eventually convert it to wealth.

People who remain in poverty remain poor because they have a scarcity mindset, not because their income is low.

What's the difference between poverty and prosperity? Mindset. People who remain in poverty remain poor because they have a scarcity mindset, not because their income is low. They lack confidence in their ability to accumulate value and keep long-term commitments. Those with an abundance mindset become wealthy regardless of where they start. Poverty is a worldview, culture, and an ethic, whether we are talking about nations, countries, or people. The vast majority of the issues faced by the chronically poor, such as Ms. Tirado, can be solved with an emergency fund. Building an emergency fund takes time and patience, but nearly everyone has the means to do it.

In economics, time preference is a crucial and underappreciated concept that refers to the willingness to delay present enjoyment for a greater reward in the future. For example, someone might give up the pleasure of enjoying a new iPhone or restaurant dining now to save up for a vacation later. People with a high time preference prefer immediate rewards, whereas those with a low time preference will delay instant gratification for greater rewards later.

Studies have consistently found that the ability to delay gratification is the most important predictor of wealth. In other words, to the patient go the spoils. This should be obvious to anyone who understands compound interest: invest $200 every month for 40 years, and you'll have $1 million.

The key to success is delaying gratification to invest in future success. This is more than merely "hard work."

While the debate rages about whether time preference depends on hereditary factors, parental influence, or peer pressure, it should be clear that the key to success is delaying gratification to invest in future success. This is more than merely "hard work." Think of going on a diet: Anyone can eat healthy now and then. How many of us have the discipline to never cheat? Yet this kind of long-term motivation is the key to life success.

I don't think the poor deserve to suffer. I'd love for robots or a Star Trek-style replicator to manufacture everything we desire. In fact, the poor of today live far better lives than the rich of centuries past. But given that goods are limited but desires aren't, a market economy still provides the fairest way of allocating resources according to our individual merits, and immigrants aside, two-thirds of high net worth Americans earned rather than inherited their wealth.

A market economy still provides the fairest way of allocating resources according to our individual merits.

It's true that the poor face significant hurdles to progress, such as occupational licensing and the minimum wage, but nevertheless, two-thirds of high net worth Americans earned rather than inherited their wealth.

My story is not exceptional. This country is exceptional. Having lived 10 years in the USSR, five in China, and met people from all over, I can't think of many other places where someone as unexceptional as me could have risen entirely due to my merits rather than inherited wealth or powerful connections.