For one hundred plus years, Americans have been told that owning a home embodies the ideal, an essential life goal. After the housing crash of 2008, that unquestioned ideal is no more. What precisely is wrong with renting? And what is wrong with renting something small?

My ideal home has two rooms: a bedroom to sleep in, and a kitchen to cook in. These days, I live in Atlanta, Georgia. A few days a week, my wife and I take our daughter to the park next door, which is in an upscale neighborhood. Occasionally we strike up conversations with the other parents there. Sooner or later, the question of where we live comes up, and we casually mention that we live in an apartment complex. I still remember the first reaction to my answer – I was instantly branded as a member of the lower-class. At this point, any chance of a play date or further social connection was permanently rejected. 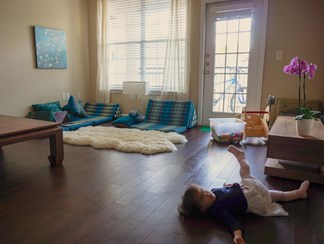 It’s true – my family of three lives in a small one-bedroom apartment. It’s a pretty nice apartment, in a good neighborhood, but that’s irrelevant. The fact that I have not bought a house for my family makes us outcasts, poor, financially irresponsible, or otherwise unsuitable for social company. Wouldn’t any responsible parent get a home for their children?

Most Fridays, some friends of ours come over to our complex so our kids can play in the pool. Having a pool next door is one of the perks of living in an apartment complex. Living next to a big city park is another. Living next to my office, so I can get to work in less than five minutes is a third. I spend less of my life in traffic – and I spend it on my bike.

If the parents at the park bothered to ask, they would learn that living in a small apartment is a lifestyle choice, not something we do out of financial necessity. In fact, chances are good that our financial situation is better than theirs — and a big part of that is our decision not to buy a home. I’m won’t rehash the reasons for that here – read these posts.

What I want to address is the American habit of treating the home as a spaceship — a self-contained ecosystem which is expected to provide for all their needs.

It Takes a Village

When I was a little boy growing up in Ukraine, from the age of six on, I would wander our village all day, coming in only for meals. Often I would have to be found and dragged in. I wandered around the stadium and construction sites, using the frames and air ducts of buildings as makeshift jungle gym, the piles of sand as targets for jumping from the second floor.

When I moved with my family to San Antonio, Texas as a teenager, I spent summers exploring the city by bike, even as temperatures soared past 100 degrees. From my bike, I saw the contrast between people who in air-conditioned bubbles and those who embrace everything their city has to offer.

From the time I was a small child to today, my home has always been a place to eat and sleep, and occasionally work. However, when I want social company, entertainment, play, adventure, a place to concentrate on work, or relax, it is far lower on my list of options.

Your house is not a spaceship lost in space. My ideal home has two rooms: a bedroom to sleep in, and a kitchen to cook in. These are things which I have personal preferences about and am willing to maintain.

Everything else, I would prefer to outsource for someone else to maintain. Every extra square foot or possession is a liability – something I have to spend time and money maintaining rather than enjoying life.

The other day, our three year old daughter was playing with her rocking horse. She had flipped it over and was pretending that it was a kitchen stove. She asked me if I wanted some eggs and then pantomimed in surprising detail the process of cracking eggs, washing hands, frying eggs over easy, and serving them to me.

I remarked to my wife that perhaps Sophie needs a play kitchen. She said no – first, as I just saw, her imagination served her just fine, and second, she knows how to cook many foods because she has helped her mommy many times in a real kitchen. She has her own kitchen utensils, including a sharp knife and a vegetable peeler, and helps out to the best of her physical and mental abilities. 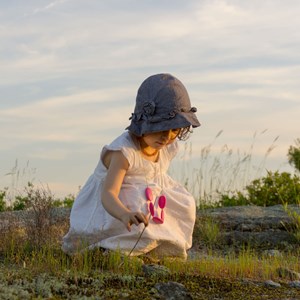 The real world is my playground too. When I want to relax, I meditate in the park. When I want to exercise, I ride my bike around the city. If I want adventure – well, the Appalachian trail starts less than two hours North from here. When I want to concentrate, I go to the office next door. When I want social company, I go to the pool or cafe. When I want entertainment – well, usually I’m too busy living my own life to follow the stories Hollywood comes up with, but my laptop screen works just fine.

There are many examples I could give, but my point is: your house is not a spaceship lost in space. Whether your have a family or live alone, make the whole world your home. It’s far bigger and more wonderful than any poor imitation you could try to recreate on your own. I’m not saying that you should never buy a house. Just don’t make it your life ambition, much less try to fit your entire life inside it.