How to Finally Restrain the Presidency

It's time to wrest power back from the executive to the more accountable Congress. 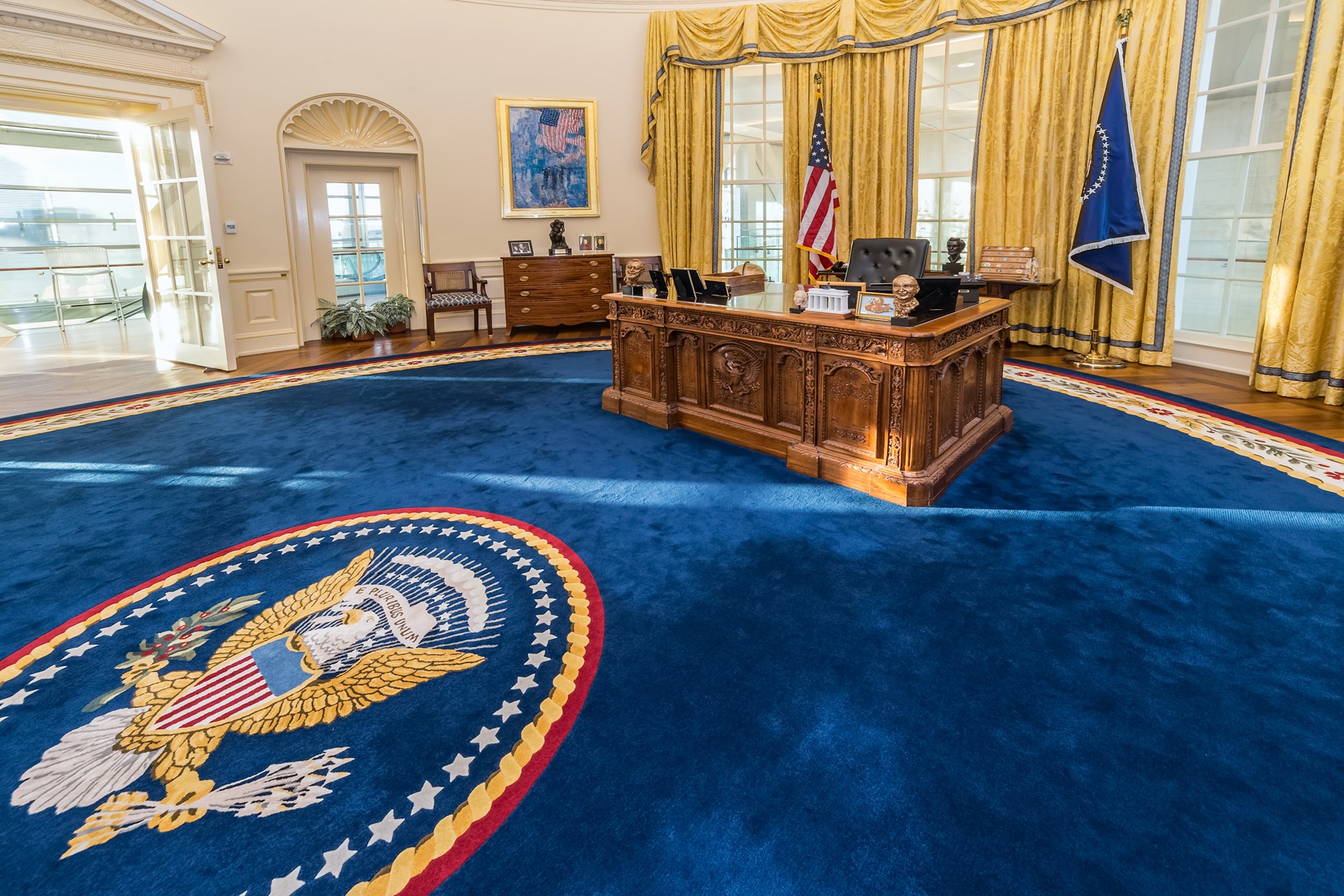 Electing Donald Trump to office when the executive branch has never been more powerful may not have been the smartest move on the part of the American people. However, that doesn’t mean we the pro-freedom crowd can’t use the anger that elected Trump to our advantage.

Donald Trump rode a wave of populist revolt. If libertarians ever want to actually limit government power, now might be a great time to take advantage of anti-elitist sentiment. “What lies in ruins here,” writes Jeffrey Tucker, “is an anachronistic, arrogant, entitled, smug, conceited ruling elite and ruling paradigm.”

Trump's election is an opportunity for conservatives and liberals to reassert congressional authority.The problem is that Congress doesn’t want to check executive power. There’s nothing for them to gain and everything to lose as they fear challengers to office will paint them as "soft on terror" or "weak on defense."

So how do we get Congress to do their jobs?

Matthew Hurtt, two-time GOP Convention Delegate and former Chair of Arlington Falls Church Young Republicans, sees Trump’s election as an opportunity for conservative Republicans in Congress and liberal Democrats in Congress to work together to pass laws or reassert congressional authority. “Because, quite frankly, for the first time in eight years, liberals will be scared of who is President.” And Constitutional conservatives who are still skeptical of an imperialist executive will be able to find common ground with them.

In a similar conciliatory vein, Trevor Burrus offers redemption for “our left-wing friends who have spent eight years cheering for executive power. They resisted executive power during the Bush administration, and it should be like riding a bike.”

Of course, #notallleftists. The ACLU has consistently opposed executive power and is likely to receive a flood of support in terms of money and time as they prepare to stand up to Trump.

The Battle of Ideas

While this is a great opportunity, danger lurks. Tucker warns that what stands to replace our existing technocratic, Progressivist, and managerial regime is not the embodiment of the ideals of either the Scottish Enlightenment or a digital-age libertarianism.

But, they didn’t vote against them either. Americans are reasonably afraid. The Ku Klux Klan is planning a Trump victory parade in North Carolina. Trump’s pick for head of the Department of Homeland Security is Milwaukee County Sheriff David Clarke. This is a man who said, while supposedly tasked with a mandate to “protect and serve,” that Black Lives Matter “has to be wiped off the face of the earth." And that BLM is going to work with ISIL. And that peaceful protests “must be quelled.” The day after the election, students at Royal Oak Middle School in Michigan chanted “Build the wall!” during lunch.

Now is the time to double down on making a case for liberalism. It’s time to recognize division while promoting unity and acknowledging bigotry without engaging in it.

Pretending that it’s somehow countercultural to appeal to the masses’ base fears about the “other” may be digital-age libertarianism. But there’s nothing Scottish Enlightenment about it. You don’t need, nor really do you want, anyone going up to trans people with a video camera and a transphobic sign to fight censorship. Liberalism means more than low taxes. It means pluralism, secularism, and tolerance. It means dignity and rights for every human being.

It’s our job as liberals to understand the threats to freedom, including fear of the other. And fear of fear of the other. Recognizing hate doesn’t require shutting down speech. Quite the opposite. Sunlight is the best disinfectant. The best response to hate speech is love speech.

Now is the time to work on recruiting liberals to run for public office. Research shows that parents encourage their sons to consider a political career more often than their daughters. The Libertarian Party was the first modern party to nominate a woman to their ticket. While it’s true that women are less likely to join College Democrats or College Republicans, maybe if courted they could be convinced to join YAL or SFL. In the years since I publicly asked why there aren’t more libertarian women, the female ranks of SFL have swelled.

It's time to wrest power back from the executive to the more accountable Congress.Young women are 60% less likely to see themselves as “very qualified” to run for office than similarly qualified men. But if this election proved anything, it’s that traditional qualifiers aren’t necessary to get elected.

And then there are our current elected representatives. If there were ever a time to pressure Congress to reassert its power, now is the time. A piece of legislation called the REINS Act addresses this. One Congressional staffer who didn’t want to be named advised me to encourage people to contact their Senators and Representatives about the bill. “It’s easier for a congressional office to say, ‘Okay our constituents are for or against this legislation.’ When someone calls and says they want Congress to reassert their power, that's nice, but how?

It’s also time to support politicians who are doing good things, such as Rep. Thomas Massie (R-Kentucky). He told Reason that under the new President he'd like to reverse the "erosion of the legislative branch's power" that started under George W. Bush.

There are two ways to look at Trump’s election. We could see his win as an endorsement of dark qualities. Or, we could see it as a repudiation of a ruling elite which people see as even more anachronistic, arrogant, entitled, smug, and conceited than Trump himself. Neither are completely correct.

But one thing, to me, is certain. The ruling paradigm is weak right now. The pundits and pollsters are confused. The people are in revolt. There is a power vacuum. If liberals sit back and do nothing, it could be filled with a populist-flavored brand of authoritarianism. It’s time for liberals to fight the war of ideas by selling liberalism as the best antidote to corruption and to fight the ground game of wresting power back from the executive to the more accountable Congress.