While Marxism has largely disappeared from the workers' movement, Marxist theory flourishes today in cultural institutions, in the academic world, and in the mass media. 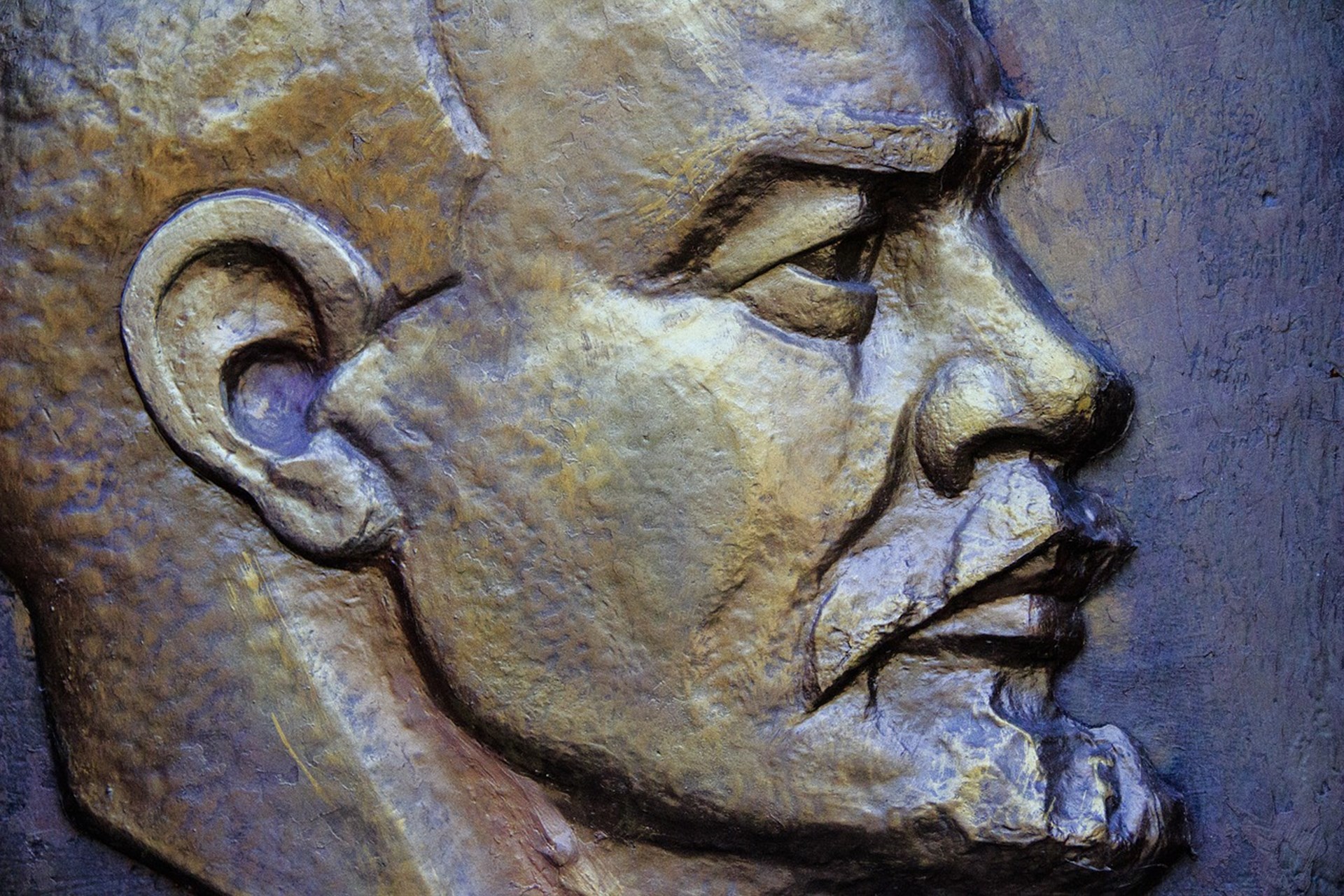 Another name for the neo-Marxism of increasing popularity in the United States  is "cultural Marxism.” This theory says the driving force behind the socialist revolution is not the proletariat—but the intellectuals. While Marxism has largely disappeared from the workers' movement, Marxist theory flourishes today in cultural institutions, in the academic world, and in the mass media.

This “cultural Marxism” goes back to Antonio Gramsci (1891-1937) and the Frankfurt School. The theorists of Marxism recognized that the proletariat would not play the expected historical role as a “revolutionary subject.” Therefore, for the revolution to happen, the movement had to depend on the cultural leaders to destroy the existing, mainly Christian, culture and morality and then drive the disoriented masses to Communism as their new creed. The goal of this movement is to establish a world government in which the Marxist intellectuals have the final say. In this sense, the cultural Marxists are the continuation of what started with the Russian revolution.

Lenin and the Soviets

Led by Lenin, the perpetrators of the revolution regarded their victory in Russia only as the first step to the world revolution. The Russian Revolution was neither Russian nor proletarian. In 1917, the industrial workers in Russia represented only a small part of the workforce, which mainly consisted of the peasantry. The Russian Revolution was not the result of a labor movement but of a group of professional revolutionaries. A closer look at the composition of the Bolshevik party and of the first governments of the Soviet state and its repressive apparatus reveals the true character of the Soviet revolution as a project that did not aim at freeing the Russian people from the Tsarist yoke, but rather, was to serve as the launchpad for the world revolution.

Before socialism could succeed, the existing culture had to change. Control of the culture must precede political control.

The experience of World War I and its aftermath showed that the Marxist concept of the "proletariat" as a revolutionary force was an illusion. At the example of the Soviet Union, one could also see that socialism could not function without a dictatorship. These considerations brought the leading Marxist thinkers to the conclusion that a different strategy would be required to establish socialism. Communist authors spread the insight that the socialist dictatorship must come in disguise. Before socialism could succeed, the existing culture had to change. Control of the culture must precede political control.

Over the past decades, at the same time so-called political correctness has been on the rise, the American government has obtained a vast arsenal of repressive instruments.

Helping the neo-Marxists was the fact that many of their efforts in taking control of culture happened parallel to the encroachment of the state on individual liberties. Over the past decades, at the same time, so-called political correctness has been on the rise, the American government has obtained a vast arsenal of repressive instruments.

Few Americans seem to know that the U.S. is still under the emergency law that has been in force since George W. Bush used executive privilege to declare a state of national emergency in 2001. In the same year, 9/11 opened also the path to push through the Patriot Act. From a score of around 95 points, the Freedom House "Aggregate Index of Freedom" of the United States has fallen to 86 points in 2018.

The way toward the rule of the cultural Marxists is the moral corruption of the people. To accomplish this, the mass media and public education must not enlighten but confuse and mislead. The media and the educational establishment work to pit one part of the society against the other part. While group identities get more specific, the catalog of victimization and history of oppression becomes more detailed. Turning into a recognized victim of suppression is the way to gain social status and obtain the right to special assistance, of respect and social inclusion.

Neo-Marxists accuse "capitalism" of all evils when, in fact, it is the regulatory state that provokes the systemic failures and when it is the excess of public debt that causes the financial fragility.

The demand for social justice creates an endless stream of expenditures deemed essential—for health, education, old age, and for all those people who are "needy," "persecuted," and "oppressed," be it real or imaginary. The flood of never-ending spending in these areas corrupts the state's finances and produces fiscal crises. This helps the Neo-Marxists accuse "capitalism" of all evils when, in fact, it is the regulatory state that provokes the systemic failures and when it is the excess of public debt that causes the financial fragility.

Politics, the media, and the judiciary never pause at waging the new endless wars: the war on drugs or against high blood pressure, or the campaigns that assert the endless struggle against fat and obesity. The list of the enemies grows every day, whether racism, xenophobia, or anti-Islamism. The epitome of this movement is political correctness, the war against having one's own opinion. While the public tolerates disgusting expositions of behavior, particularly under the cult of the arts, the list of prohibited words and opinions grows daily. Public opinion must not go beyond the few accepted positions. Yet while the public debate is impoverished, the diversity of radical opinion flourishes behind closed doors.

The cultural Marxists drive society morally into an identity crisis by the means of the false standards of hypocritical ethics. The aim is no longer the "dictatorship of the proletariat"—because this project has failed—but the "dictatorship of political correctness," whose supreme authority lies in the hands of the cultural Marxists. As a new class of priests, the guardians of the new orthodoxy rule the institutions whose power they try to extend over all parts of society. The moral destruction of the individual is a necessary step to accomplish the final victory.

Opium of the Intellectuals

The believers of neo-Marxism are mainly intellectuals. Workers, after all, are a part of the economic reality of the production process and know that socialist promises are rubbish. Nowhere was socialism established as the result of a labor movement. The workers have never been the perpetrators of socialism but are always its victims. The leaders of the revolution have been intellectual party politicians and military men. It was up to the writers and artists to conceal the brutality of the socialist regimes through articles, books, films, music, and paintings and to give socialism a scientific-intellectual, aesthetic, and moral appearance. In socialist propaganda, the new system appears to be both fair and productive.

Many of the victims of the guillotine were prominent intellectuals who had earlier supported the revolution—Robespierre among them.

The cultural Marxists believe that someday they will be the sole holders of power and be able to dictate to the masses how to live and what to think. Yet the neo-Marxist intellectuals are in for a surprise. When socialism should come, indeed, the "dictatorship of the intellectuals" will be anything but benign—and not much different from what happened after the Soviets took power. The intellectuals will be among the victims. This was, after all, the way it happened in the French Revolution, which was the first attempt at a revolution by intellectuals. Many of the victims of the guillotine were prominent intellectuals who had earlier supported the revolution—Robespierre among them.

In his play, Danton’s Death, the dramatist Georg Büchner famously had a character say: "Like Saturn, the revolution devours its own children." Yet more appropriately, one should say the revolution eats its spiritual fathers. The very same intellectuals who nowadays promote cultural Marxism will be the first in line if their project of conquest should succeed.

Contrary to what Marx believed, history is not predetermined. The march through the institutions has gone far, but there has not yet been a full take-over. There is still time to change course. To counteract the movement, one must note the inherent weakness of cultural Marxism. To the extent that the neo-Marxists altered classical Marxism and eliminated its basic tenets (deepening proletarianization, historical determinism, total collapse of capitalism), the movement has become even more utopian than previous socialism ever was.

Because of the character of this movement as a promoter of group conflict, neo-Marxism is ineffectual to serve as an instrument of gaining coherent political power as it were necessary for a dictatorship.

As the successors of the New Left, "democratic socialists" propagate a hodgepodge of contradictory positions. Because of the character of this movement as a promoter of group conflict, neo-Marxism is ineffectual to serve as an instrument of gaining coherent political power as it were necessary for a dictatorship. Yet this does not mean that the neo-Marxist movement has no impact. On the contrary: because of its inherent contradictions, the ideology of cultural Marxism is the main source of the profound confusion that has grabbed almost every segment of modern Western societies—and which is about to swell into even more dangerous proportions.