What If You Have to Choose Between Your Integrity and Your Fan Base?

You might be living a lie because you think it is better than facing the wrath of your followers. 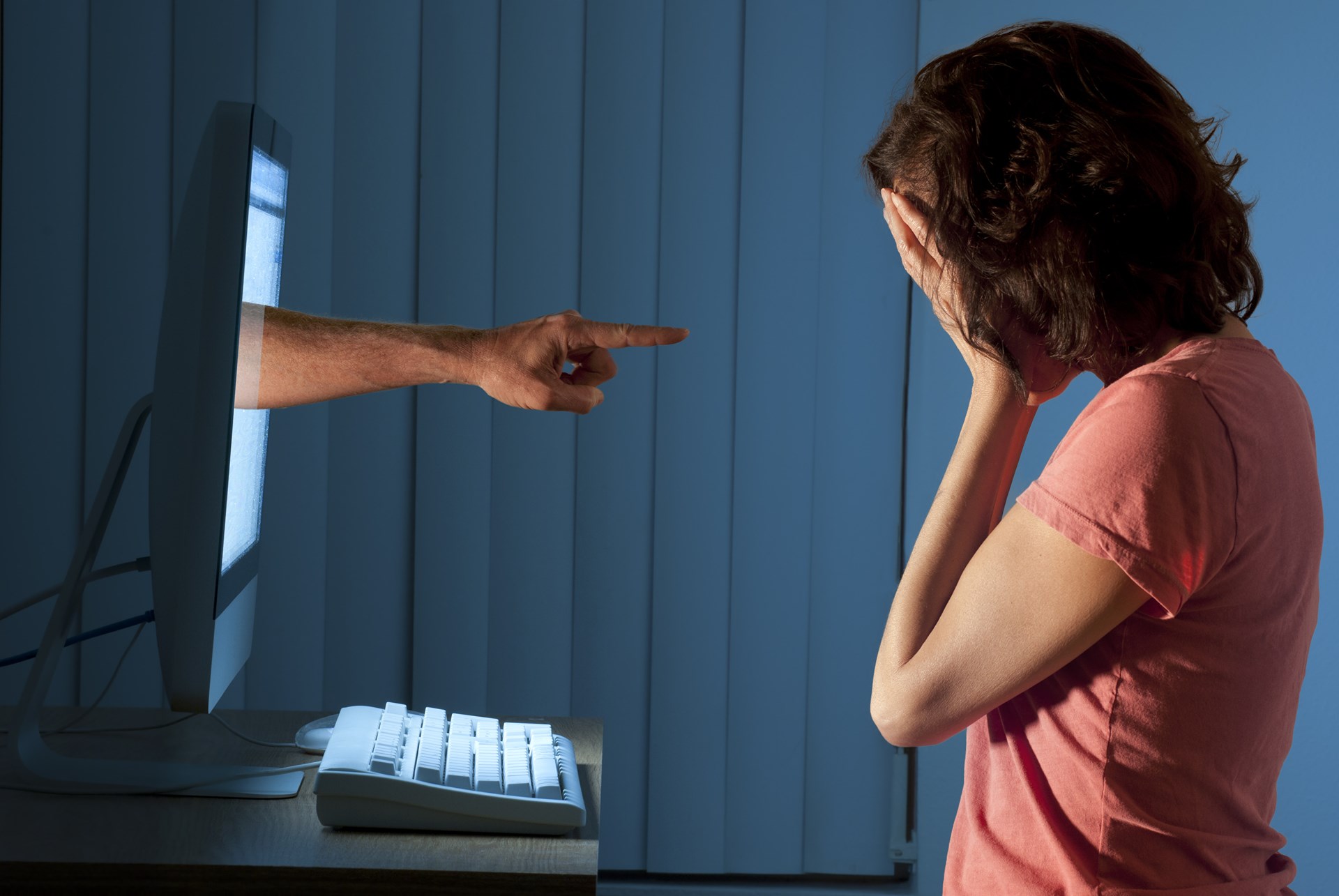 Many of my friends are going through the same problem. They have built up a certain following on social media. Could be YouTube, Facebook, or Instagram. Their fans expect a certain line, a tone, an approach, the voice of a cause they favor.

You loved the love when it was there, but now you face the hate. Then one day, the message changes because time and circumstances change. Their friends denounce them and unfollow. Panic ensues, followed by real depression.

This is true especially if one’s following is rooted in politics or religion. You take a position that your fan base does not expect, your posting spreads with a fury, and people start throwing tomatoes.

You loved the love when it was there, but now you face the hate. It can be debilitating. There isn’t a person who hasn’t self censored in order to avoid it. No one wants that kind of negativity in life. But how much are we willing to compromise to avoid it?

The driving purpose of having a social media space is to get your message out. If you are afraid to do so because you fear the effect on your coveted fan base, there is a real problem with what you are doing. It means you are trading integrity–your personal mission to speak truth as you see it–for fame as an end itself.

You are living a lie because you think it is better than facing the wrath of your followers. The platforms even train us in this direction. This video went viral and that one did not; which of the two are you going to emulate in the future? This Facebook posting got hundreds of shares whereas that one went dead. You are going to attempt more of that which garnered you success.

This is especially true with YouTube sites that can be income generators.

Are you going to give it all up just so that you can tell an uncomfortable truth? Probably not worth it.

But now, you have a different problem. Getting fans and enjoying their praise and attention used to be a source of personal empowerment. It gave you bragging rights. It made you feel valuable. Fame, even in small doses, makes us feel alive and seems to give us purpose. The prospect of it going away does the reverse: it is embarrassing, devaluing, and disorienting.

You are living a lie because you think it is better than facing the wrath of your followers. You find yourself caged by the fans you once saw as your liberation.

I’m sure this happens on the political left but I’m most familiar with cases where this happened to people on the political right. Over the last two years, they drifted further into nationalist, nativist, and racialist thinking, gaining a bigger following with each edgy step. The more anger they expressed, the more people cheered. The more extreme their claims, the more fans they gained.

The rhetoric, bullying, and harassment of online engagement today can truly wreck lives. But it gets exhausting over time. And much of it turns out to be exaggerated, imbalanced, distorted, and manipulative. Now they find themselves a bit creeped out by the world in which they have found themselves. But they don’t know how to leave. Will they be denounced as enemies? Will they be doxed?

These are not insignificant concerns. The rhetoric, bullying, and harassment of online engagement today can truly wreck lives. And some people have nothing better to do than to swing the wrecking ball.

This week, I’ve had three people tell me of their fears to unfriend the same person because his temperament seems to be worsening to the point even of hinting at violence. How many more like him are there among your followers? Just thinking about this prospect makes you want to play it as safe as possible. It’s as this point that social media is no longer fun.

Any public figure today knows exactly what I mean. I’ve personally ridden out several waves of this very issue.

The other night, I was speaking at a Bitcoin event and people were crowding in. A man came up to me and said (paraphrase):

Jeffrey Tucker! I can’t believe it. I saw you were speaking here and I was shocked. I thought you had completely disappeared after you were so tough on Trump in 2015. With that one move, you lost half your fan base. That was extremely stupid. Why would you do such a thing? What came over you?

My first thought was to wonder why anyone would say anything he or she believed to be untrue solely to maintain a fan base. But then I remembered: that kind of performative disingenuity is rather normal in Internet political commentary.

It really isn’t about the numbers. It is really about personal and intellectual integrity. Then I considered citing the data. Yes, after my initial warning about the ideological dangers of Trumpism, I lost a ton of followers from all of my channels. But for every loss, I picked up 2 gains. On net, then, I’m far better off now. Of course you can’t know for sure that this will happen beforehand. It just so happened that it worked out for me.

I’m glad I made the choices I did. It also helped that the course of events worked in my favor: Trump has not been a man of peace or budget cuts or even health-care reform. Many of his one-time backers are now his biggest opponents.

I decided, however, not to go through all this with this man, even though it is true, because it actually sounds petty. In any case, it really isn’t about the numbers. It is really about personal and intellectual integrity.

So I took a different direction. I explained that for me, it was never about Trump personally. It wasn’t even about weighing in on the election as such. I never wrote that Hillary would be better or that Trump would be the end of the world. My main focus was to use his ascendance both to rediscover and explain a lost form of illiberalism, one that was huge in the interwar years but has been mostly lost to history until recently.

He denounced me for betraying the cause he thought he shared with me. My job was to train up a more refined intellectual instinct, so that in gaining a clearer picture of the opponents of liberty (left or right), we forge a more consistent image of the aesthetic of liberty. For me it was about intellectual discovery, sharing, teaching, and inspiring.

Interestingly, the gentleman and I had a great talk and we became fast friends, right on the spot. He never said this but I suspect that only a year ago, he was joining his friends in denouncing me as having betrayed the cause he thought I shared with him. All Internet cosplay aside, we are both just human beings.

Fame Is a Drug

Today’s social media entrepreneurs are discovering a truth known since the ancient world, confirmed by all psychological research: fame operates on the human mind like an addictive drug. Consuming it without understanding the danger can lead to disaster. You end up giving up all that really matters in exchange for what is absolutely unsustainable.

At some point, as Marcus Aurelius says, no matter how famous and seemingly beloved you are, you will be displaced. Just as one sand dune covers another in the evolution of a desert, so too “former deeds are quickly hidden by those that follow after.”

Do not come to believe the flattery heaped on you by your fans. A priest friend of mine counsels many young people going through this problem right now. He told me that the usual advice they hear is to ignore their critics. That is impossible to do. We are shocked, riveted, and endlessly curious about critics. We can’t stop reading and looking, which is precisely why they criticize and why they are so effective at tearing us down.

My friend’s advice to young social media stars is slightly different: pay as little attention as possible to praise. Do not come to believe the flattery heaped on you by your fans. Their loyalty to you is as thin as water.

As much as possible, stay focused on the mission that drove you here in the first place: the art, the ideas, the notion of truth, the love of communication. Whatever it is, don’t ever let your lust for fame and followers displace it.

You can escape the cage you built for yourself.  In other words, earn your following by just standing by what you believe. Sincerity and honesty are always better than currying favor from the crowd. If you have made the mistake in the past of chasing likes and follows at the expense of your personal integrity, it is a sunk-cost fallacy to continue in this direction. Stop now. Then use the block, unfollow, unfriend, and mute buttons liberally.

To live authentically is more important than racking up ever higher viewer metrics. To say and do the thing you must say or do–even though you know for sure that your biggest fans will be outraged–is part of living the good and happy life.

Yes, there could be a short-term cost. It could be very high. On the other hand, you can escape the cage you built for yourself, feel better about what you do, and, if all goes well, you can eventually replace every lost follower with two more people who will always appreciate how you modeled the meaning of integrity.