Bureaucrats Are about to Make Life Harder for Poor Borrowers 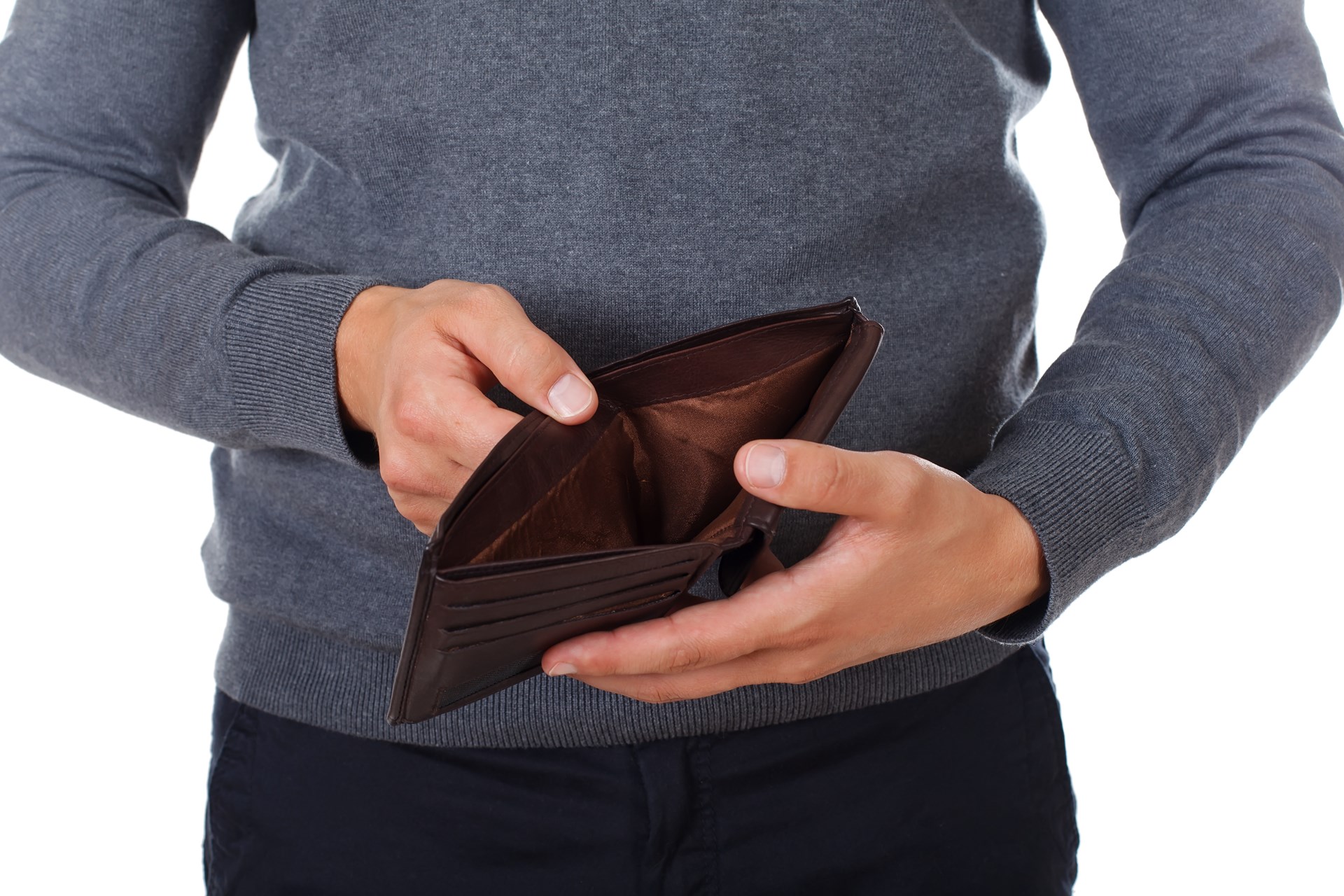 In October last year, the Consumer Financial Protection Bureau issued their final rule regulating small-dollar lenders, who issue loans between $100 and $500 over a two-week period for an average 15 percent fee. Later that year, a bipartisan group of congressmen introduced a resolution of disapproval that would overturn the rule through the Congressional Review Act. Below are seven reasons why Congress should use the CRA to overturn the small-dollar loan rule, as discussed in my new paper, How the Consumer Financial Protection Bureau’s Payday Loan Rule Hurts the Working Poor.

The CFPB’s own analysis found that the rule would reduce industry-wide revenue by 75 percent. That would render at least three-quarters of the industry unprofitable and wipe out about $11 billion in consumer credit.

Given that 12 million consumers use payday loans each year, it can be expected that millions of people will lose access to a critical source of finance. But these consumers will still need emergency funds, and the new regulations do not provide for any better alternatives. Therefore, two choices emerge. At best, consumers will resort to defaulting on other loans or working a second job, options they always had but decided against. At worst, they will be pushed underground into the hands of illegal and unregulated lenders, even loan sharks.

Taking out a high-cost, small-dollar loan is a perfectly rational response to the options many consumers face. For financially strapped consumers, small-dollar loans are often a better option than the available alternatives, such as overdrawing a bank account or defaulting on a different loan.

For these reasons, payday loans enjoy widespread support among their users. Surveys have found that 95 percent of borrowers say they value having the option to take out a loan. The same proportion also believes that payday loans provide a safety net during unexpected financial trouble. A 2009 comprehensive economic analysis of consumer demand for payday loans by George Washington University economics professor Gregory Elliehausen found that 88 percent of respondents were satisfied with their last transaction. Further, less than 2 percent of the consumer complaints filed with the CFPB are related to payday loans, with the vast majority related to already illegal collection practices.

3) The Rule Is Built on a Flawed Theory of Harm

The CFPB’s final rule is designed to prevent borrowers from “overusing” payday loans, particularly targeting rollovers. The final rule admits that “payday loans may well be beneficial for those borrowers with discrete, short-term needs,” but believes that consumers cannot predict how long they will be in debt for, and are therefore disproportionately harmed.

Payday loan applicants had an average of five credit option inquiries over the 12 months before taking out a loan, three times higher than regular borrowers.

There isn't sufficient empirical evidence for this premise. In fact, the bulk of academic research suggests the opposite. Multiple surveys have found that consumers are not “tricked” into rolling over their loans but understand the terms perfectly well. A 2011 study by Ronald Mann of Columbia University tracked borrowers’ repayment performance and found that the majority of consumers expected and understood, before borrowing, that they were likely to roll over the loan. Sixty percent of borrowers also accurately predicted within one pay period the date when they would pay off the loan in full.

Payday loan consumers also shop around extensively for credit options before deciding on a payday loan. One study found that payday loan applicants had an average of five credit option inquiries during the 12 months before taking out a loan, three times higher than that of the general population.

Even if consumers rolled over their loans more than they expected, this does not necessarily mean that they are harmed. While rolling over a loan may be expensive, it is often better than the other options available to consumers. Current Federal Reserve Governor Gregory Elliehausen and Prof. Edward C. Lawrence of the University of Missouri found that a payday loan taken out to avoid late payments on utility and credit card bills enhances consumer welfare. This includes not only those who take out a single loan but also those who roll over their loans several times. Jennifer Priestley of Kennesaw State University in Georgia found that borrowers whose loans were outstanding for longer had larger positive changes in credit scores than those whose borrowing was more time-limited.

The final rule also pre-empts over a century’s worth of different state regulation. All fifty states regulate small-dollar loans extensively, with eighteen states and the District of Columbia prohibiting high-cost lending entirely. While there is substantial evidence showing that households in those states had bounced more checks, filed more complaints about loan sharks and debt collectors, and filed for bankruptcy at much higher rates, consumers still retained some ability to choose where they reside and access loans.

The role of the federal government should not be to dictate to local communities the kinds of credit products that they can have. This is why multiple state legislators from 17 different states filed comments with the Bureau urging them to withdraw the rule, as it prevents the citizens and lawmakers in each state from deciding for themselves how to regulate small-dollar loans.

As part of its rulemaking, the CFPB is required to undertake the Small Business Regulatory Enforcement Act (SBREFA) process in order to reduce the regulatory burden on small entities. From just about all accounts of those involved, the CFPB entirely ignored SBREFA participants. Three senators, Sen. Marco Rubio (R-FL), Sen. John Kennedy (R-LA), and Sen. James Risch (R-ID), went as far as to write to the Bureau, noting that the Small Business Administration believed that the CFPB “grossly violated” the SBREFA requirements in promulgating the small-dollar loan rule.

Furthermore, documents obtained through Freedom of Information Act requests show that the Bureau’s staff engaged directly with the Center for Responsible Lending and other consumer advocacy groups in writing the rule. According to Advance America, a storefront payday lender;

“The special interest groups engaged in frequent email exchanges and private meetings with staff, outlined key features of the Proposed Rules… coordinated their research efforts with the Bureau’s, and solicited potential candidates for job openings. Representatives of the payday lending industry were not allowed any equivalent access or influence, while consumer advocacy groups were given key positions within the Bureau.”

6) It Puts Consumer Data at Risk

The new rule mandates that lenders collect and share sensitive customer data with credit reporting agencies. This unnecessarily puts an enormous amount of customer data at risk, such as a customer’s income, employment, housing expenses, child care payments, debt obligations, and much more.

To make matters worse, this sensitive information will also be shared with the CFPB — the same agency that the Government Accountability Office already criticized for not implementing appropriate privacy controls to secure people's personal data.

7) It Favors Some Lenders over Others

Notably, the CFPB decided to exempt institutions making fewer than 2,500 loans or deriving less than 10 percent of their annual revenue from making small-dollar loans. This arbitrary determination is puzzling. Why would a small-dollar loan be suitable for the first 2,500 people, but not anyone after that? Allowing institutions to offer products only if they derive less than 10 percent of their revenue from them restricts this business to those who neither specialize in the product nor benefit from economies of scale.

Most critically, the exemption for small banks and credit unions will not halt the exodus of small-dollar lenders from the marketplace. Small-dollar loans are still too expensive for the majority of community banks to make — it costs banks around the same amount to lend out $500 as it does $20,000, with much lower revenue. Credit unions comprise around 2 percent of the current payday loan market. In contrast, there are around 20,000 payday loan shops making approximately 150 million loans per year.

Congress must act to protect vulnerable consumers from the CFPB’s small-dollar loan rule. The CRA only requires a simple majority to pass both houses of Congress. However, the time to use the CRA expires around the beginning of March. It’s time now for Congress to vote to save consumers access to small-dollar loans.