Bureaucracies Are Authoritarian Too

Trump never gave up his dangerous call for economic nationalism, but, in other ways, his campaign rhetoric changed dramatically at the end. 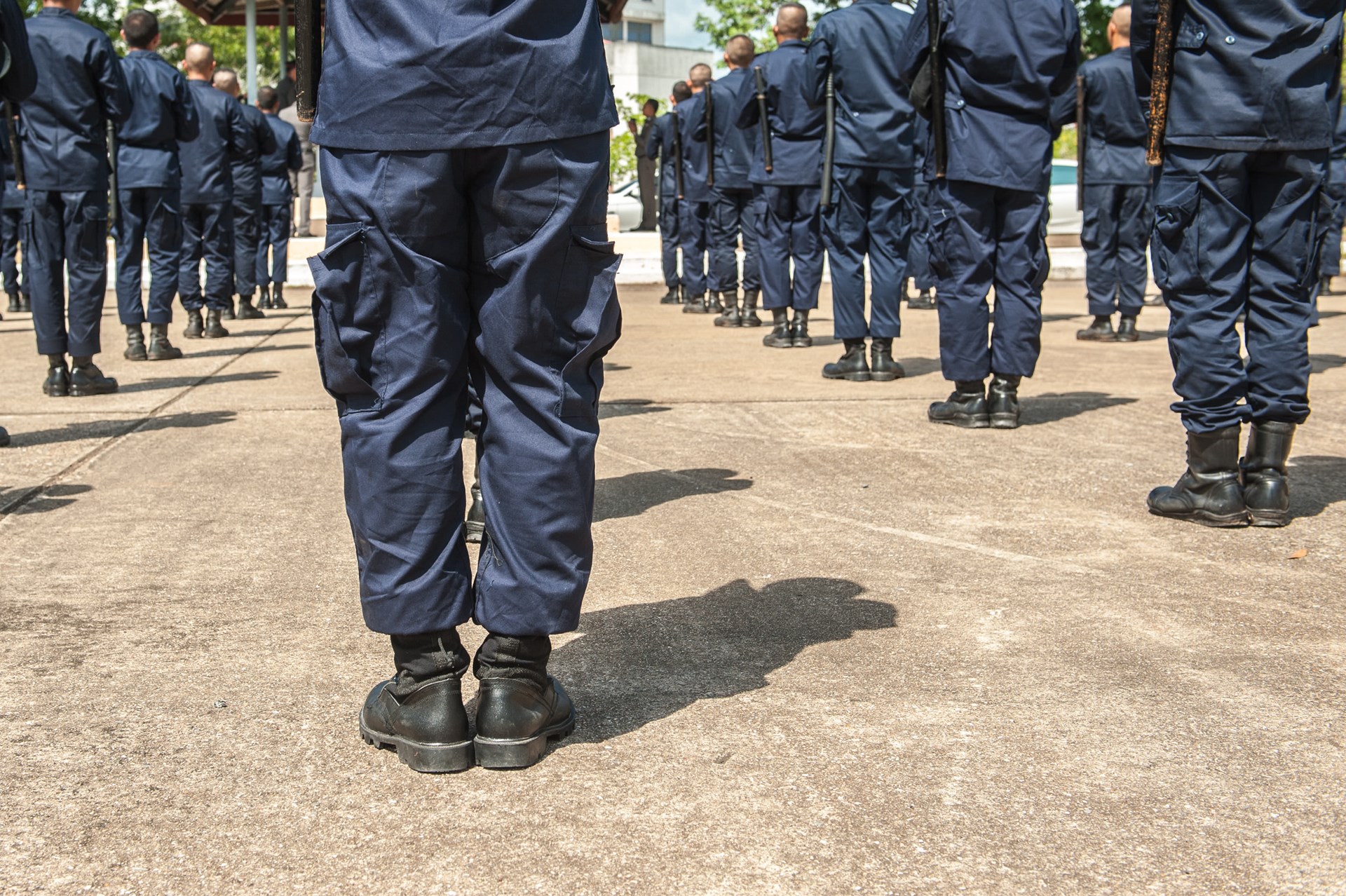 For the eternal 18 months of the presidential election of 2016, the critics of Donald Trump, myself included, said he campaigned as a would-be authoritarian. The term peaked in search, according to Google trends, along with the term “fascism.” Ron Paul and I, along with many others, called it out as early as July 2015, and, as the campaign intensified, we came to share this criticism with much of the mainstream media, which rallied around this view as the most effective criticism of Trump. We all found ourselves in the implausible situation of agreeing with critics with whom we had otherwise disagreed for many years.

Following the attack that Trump was an emergent strongman, the campaign began to change.Trump himself fed the impression almost daily for a full year, dropping the traditional Republican rhetoric about cutting government and upholding free enterprise, while defending torture, internment, religious tests at the border, boycotts against companies who opposed him, hinting at the need to silence the press with libel law, and announcing that he alone could make the nation secure.

The words “freedom” and “liberty” hardly crossed his lips.

Here was his biggest vulnerability, and the critics slowly began to catch on. “Strongman” became a watchword. President Obama got into the act, declaring at the Democratic National Convention, “We are not a fragile or frightful people. Our power doesn't come from some self-declared savior promising that he alone can restore order. We don't look to be ruled.” Everyone knew exactly to whom he was referring. It was devastating.

A Campaign Sensitive to Criticism

Following those attacks, the Trump campaign began to change. It was very late in the campaign (September 2016) when the idea of deregulation became a major part of Trump’s stump speech. His shift culminated in his October 23, 2016 Gettysburg speech. Here was the speech where his most passionate critics among free-market partisans began to take a second look. When you compare his themes to what I first heard at FreedomFest in 2015, it is a world of difference; as much as there is between a tyrant and a liberator.

While it’s true that Trump never gave up his dangerous calls to put limits on outsourcing and for new taxes on imports, among other counterproductive protectionist strategies, and this continues to this day, the tone of his campaign took a different direction, away from its dark beginnings to a more concrete idea of getting government off people’s backs.

I’ll leave it to the political historians to document and explain this change in tone, from free-wheeling authoritarian to defender of the deregulated marketplace. Was it an influx of new advisers from the free-market wing of the Republican Party? Was it a shift inspired by polls?

My own theory is that as Trump began to realize he could actually win, he looked for expertise and found few people who backed his centralizing approach but plenty with strong free-market values. Even today, he seems isolated in his call for economic nationalism in a time when global commerce is more robust and woven into our lives than ever before.

Regardless, the shift arguably made the difference for him, particularly as it pertained to health care. Railing against the bureaucracies became part of his populist message, and the promise to curb government power led to his election.

A Cabinet Better than Anyone Imagined

During the transition, the theme of regulation has not only ascended in importance, but has become central to his picks for cabinet posts at the Environmental Protection Agency, Department of Energy, Housing and Urban Development, Department of Education, and the Department of Labor. Each of these picks has spent a career denouncing the effects of bureaucratic management of the sectors that each department controls.

The theme has become so pronounced that some writers have begun to suspect that the government is being taken over by followers of Ayn Rand in some kind of intellectual coup d'etat. The Washington Post called it: “This has now officially become a trend. Trump is turning not just to billionaires but Randians to fill the cabinet.”

(Isn’t it odd how the press assumes that anyone who has read Rand or offered a good word about one of her books must be permanently enthralled to her vision and under the control of her ideas? In assuming this, they pay her the highest compliment an author can receive.)

That this represents a shift is undeniable. I’m hardly the only one who has noticed. John Cassidy of the New Yorker writes, “Perhaps he has been a movement conservative this whole time, keeping his devotion to Ayn Rand largely under wraps for the first seventy years of his life, even through a Presidential campaign, only to reveal them now.” More likely, he says, Trump is deferring to the single most important intellectual non-leftist force in American life. That is not fascism; it is about free markets.

Let’s return now to the early critiques of Trump. Authoritarianism means to intensify government control over the lives and property of the people. Deregulation and privatization mean the exact opposite. Rule by bureaucracy has been the standard practice in the United States for a century.

And we should never forget that every rule in the books, every regulation and code, is ultimately backed by the power of the State to force you against your will. You don't need a strongman with a populist appeal to realize authoritarianism; it can also emanate from a legion of petty bureaucrats who are just following the law and regulations.

To dismantle such a regime means rejecting authority as a means of social control. It means trusting freedom.

So are the media backing down? On the contrary! The entire mainstream media apparatus is pushing straight through, oblivious to the contradiction.

For example, when it came out that the pick to head the Department of Labor opposes many workplace regulations, the New York Times decried it as irresponsible and downright awful. These same people who were denouncing Trump for racism and misogyny, now defending a range of regulations that were explicitly racialist and sexist in their origin and intent.

Only through a distorted lens can Trump be at once criticized for authoritarian leadership and deregulatory intent. Another is CNN’s Meg Jacobs, who just forges ahead with the same line of attack she used early the campaign. EPA pick Scott Pruitt “epitomizes a more general trend evident in Trump's picks: the choice to name people who are downright hostile to the mission of the agency they are appointed to run … these kinds of appointments also undermine the legitimacy of government, using their positions as bully pulpits to further attack the credibility of government action ... But for now, in the battle to roll back government, Trump is the dismantler-in-chief and these are his generals.”

Wait. How can you at be an authoritarian dictator and still work to “undermine the legitimacy of government?” I suppose you can hatch a theory about how Trump is working to destroy entrenched bureaucracies who enforce laws everyone hates in order to gain more power for himself which he will later deploy with more ferocity than ever when the time comes. But here’s the problem: when power is gone, it is gone. If Trump was pursuing an authoritarian approach, it stands to reason that he would not be appointing people who are severe critics of existing authoritarian approaches to government.

Observe the disingenuity here. The partisans of government have worked decade after decade to build a gigantic State that is nearly total in its power. No aspect of life is untouched. Then they are stunned, shocked, and alarmed that the power they worked so hard to centralize might be used in a way with which they disagree. But even then, so wedded to government controls are these people that even when a specter of despotism threatens, they still can’t see a case for limiting government’s power.

Here we come to the core problem in all Progressive (and generally left-of-center) politics. They want civil freedom. They believe in free speech. They want freedom of press. They believe in marriage freedom. They are suspicious of cops and sympathetic to the victims of police abuse. But when it comes to anything having to do with economics or commerce, the narrative switches dramatically. Here they want massive controls on all exchanges: laborers and management must not be allowed to work out their own deals; producers may not just throw products and services on the market and let consumers decide; advertisers can’t have free speech; and so on.

Only through this distorted lens can Trump be at once criticized for authoritarian leadership and deregulatory intent. What the left has yet to discern is that controlling economic life means controlling people, and, conversely, that the curbing and elimination of economic freedom is a devastating blow to freedom itself. Freedom is all of a piece. Anything else is authoritarian.