Beautiful Together, through Advertising

Does a net profit make marketing and advertising, and “commercialism” in general, disingenuous? 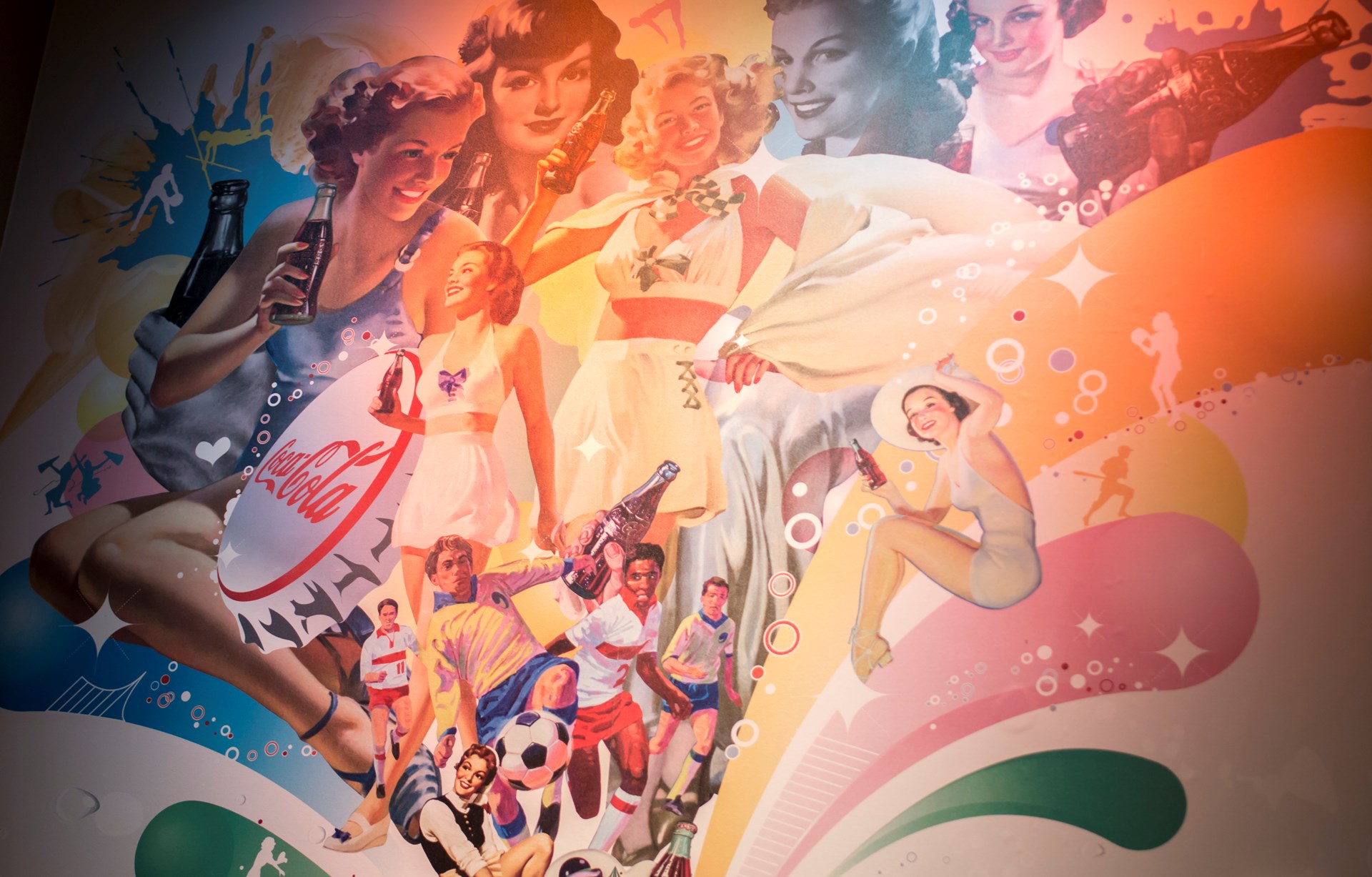 Many people believe that advertising is really just modern piracy. The idea is that marketers exist to take your money and profit, and that is all. For some, this just seems crass.

But does the profit motive negate the fact that marketing and advertising can influence people to be better, more culturally curious, tolerant, and globally accepting?

In downtown Atlanta, there is a museum dedicated to one of the world’s most beloved and enduring brands: Coca-Cola. 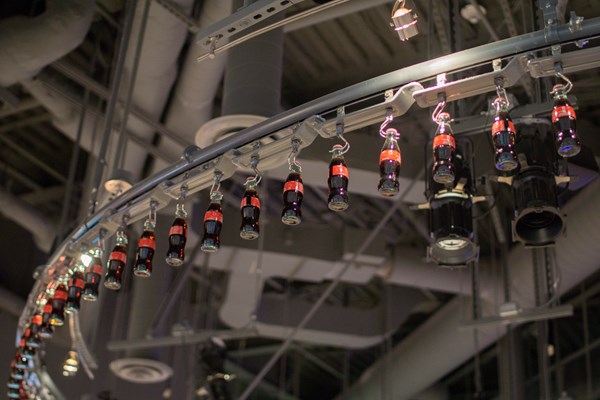 Welcome to the World of Coca-Cola

Coca-Cola’s story is fundamentally profit-minded, but it is also a surprisingly heroic story of international trade and brand marketing aimed at bringing people together from around the world.

The Coca-Cola Company began building its global network in the 1920s. Now operating in more than 200 countries and producing nearly 450 brands, the Coca-Cola system has successfully applied a simple formula on a global scale: provide a moment of refreshment for a very small amount of money – a billion times a day. 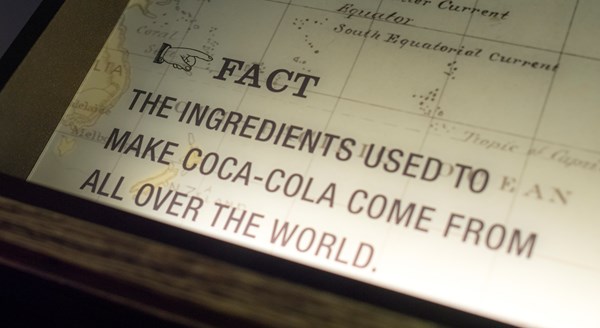 Coca-Cola’s advertising has been encouraging globalization and multi-culturalism since at least the 70s. Coming out of an era of great divides and isolation, and entering a tumultuous age of discovery and connectedness, Coca-Cola did what it could to calm the fray by focusing on pure humanity.

There was the famous “I’d Like to Buy the World a Coke” commercial in 1971:

And, more recently, the “Together Is Beautiful” ad:

The company doesn’t just theorize about globalization and work towards it in the abstract; Coca-Cola is incredibly proud of its universal presence. At the museum, they make a point of featuring their distributors; and rather than simply listing their names, they humanize them by sharing their photos: 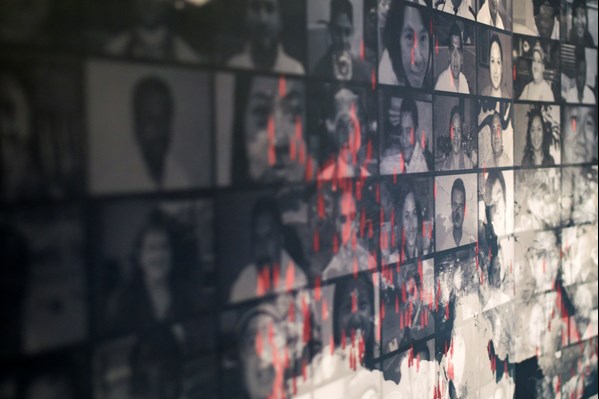 While Coca-Cola certainly does make a profit, to say that is their only goal is unfair. When an actor or singer speaks out for a political or social issue, what do we say? Not that they’re doing it simply for the press and to make money off us. We say they are using their standing in the public eye to make a difference in an area they are passionate about. Marketing and advertising are often just the same – as is undoubtedly the case for Coca-Cola.

Coca-Cola’s marketing has consistently encouraged the idea that people are interconnected and that their product is capable of bringing everyone – literally everyone – together, across cultural and ethnic boundaries. 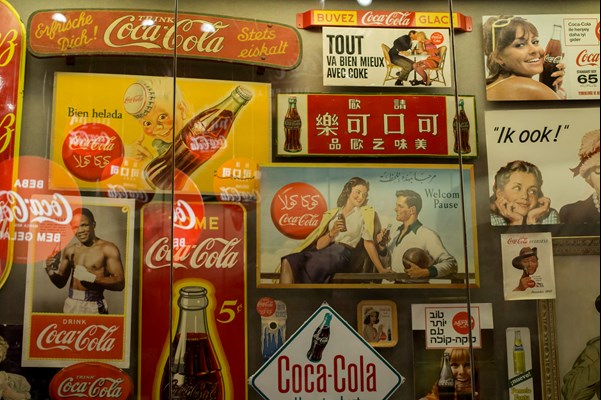 They even did it with geographical boundaries in their India-Pakistan campaign:

However, even a major corporation like Coca-Cola is subject to the rules of the market. When India enacted laws requiring companies to share their production recipes with the government, Coca-Cola was under threat of losing their famously secret recipe for their original soda. Rather than give up the key to their success, in 1977 the company chose to leave India in until it was safely profitable to return – 14 years later. 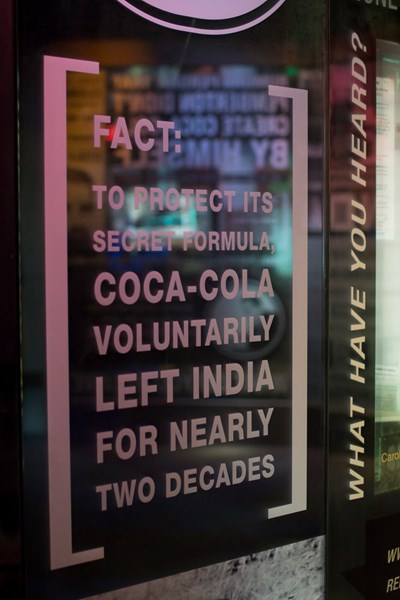 Does a net profit make marketing and advertising, and “commercialism” in general, disingenuous? Does it negate the good that comes from it? Or is it simply a proper use of the position of responsibility and respect that comes with a financially successful company?

Coca-Cola’s historic use of markets and commerce continues to be a welcome agent of peace as we engage in our own tumultuous world.

And if you’re in Atlanta, visit the museum after visiting FEE! 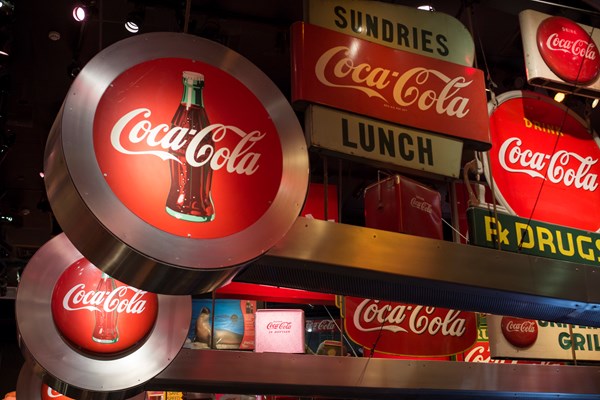