Afraid of Technology? Here's the One Rule to Follow 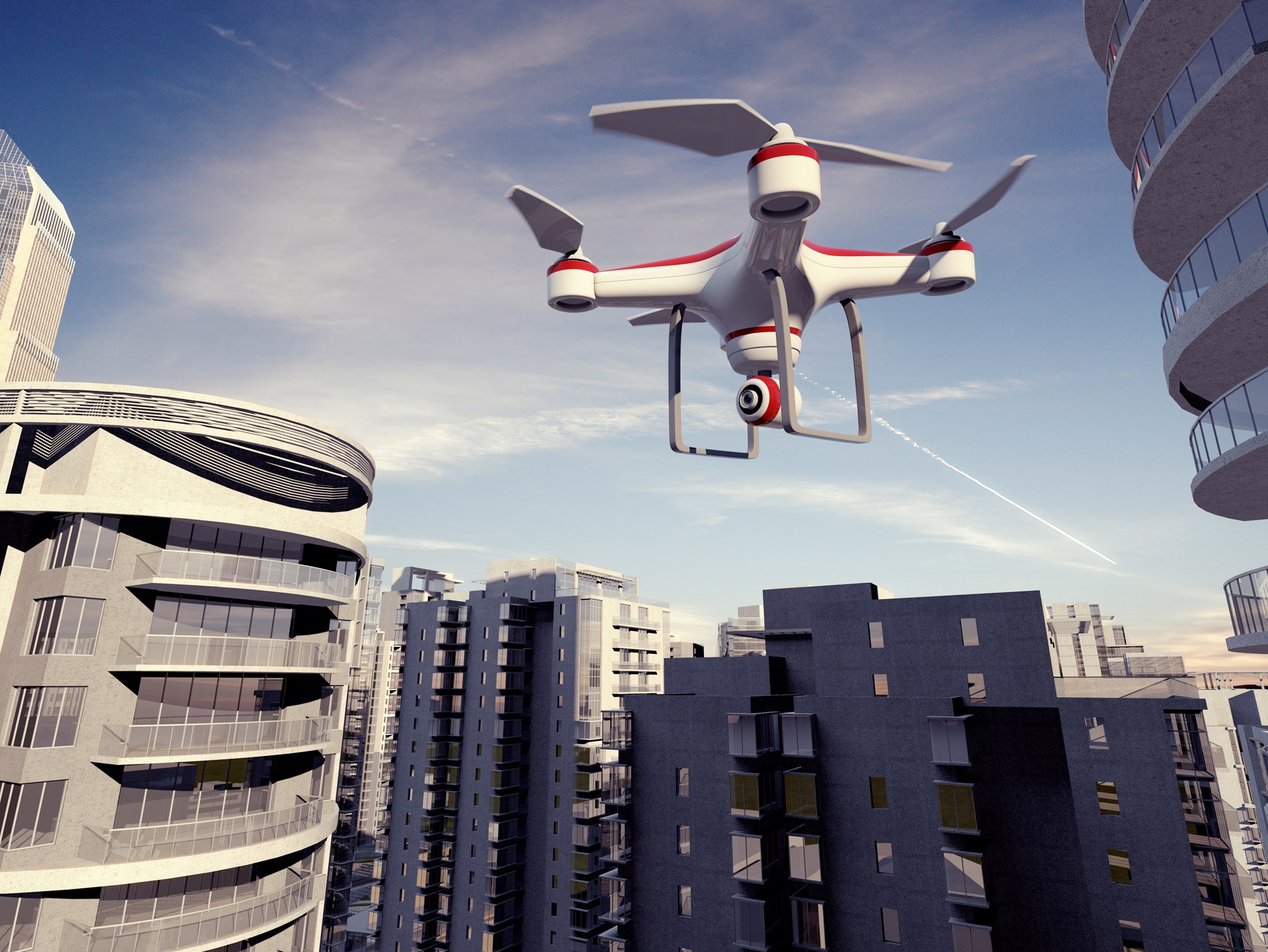 Remember last year when people freaked out about Facebook’s image recognition capabilities? Well hold onto your shoes, luddites, because now Facebook’s got drones. Yep, but the company isn’t dropping bombs or mixtapes. Facebook is dropping internet connectivity on unsuspecting villagers in Yuma, Arizona.

Not everyone is thrilled.

Facebook is dropping internet connectivity via drones, and not everyone is thrilled.It’s still too early for the inevitable drone backlash. But three Facebook users have sued Facebook for tracking and storing biometric data, aka their "faceprints," which they allege violates the Biometric Information Privacy Act. Passed in Illinois in 2008, it forbids companies from collecting and storing the data required to identify people in photos without consent. Facebook is arguing that the plaintiffs consented to have their faceprints stored when they agreed to Facebook’s terms of use.

But in May, Facebook lost the first round when a federal judge in California rejected Facebook’s request to have the suit dismissed.

While the suit winds its way through the courts, Facebook and Google are still innovating in image recognition.

Called “Yelp for humans,” Peeple was supposed to allow users to give star ratings and detailed reviews of other people. As in, I can give my ex-boyfriend a one-star review and there’s nothing he can do about it. Washington Post: “You can’t opt out  – once someone puts your name in the Peeple system, it’s there unless you violate the site’s terms of service. And you can’t delete bad or biased reviews  – that would defeat the whole purpose.”

The backlash was swift and severe.

By October, the app’s website had been taken down as had its Facebook and Twitter accounts. They’re all back up now, with a video that explains the controversy. But it doesn’t look like Peeple is going to reach the ubiquity of Yelp anytime soon.

Facebook and Google aren’t the only ones with the technology to recognize faces. Strategic Systems Alliance builds body cameras for police officers that can read license plates and faces.

CEO Travis Reddy demonstrated his company’s cameras for NPR at the International Association of Chiefs of Police expo. "As I wear this and walk around, it's checking all the faces I walk past and all the vehicles I walk past and notifying me if any of those people are on my watch list. The technology has the ability to actually assist them to do their job and not just be a passive observer of what's occurred."

Remember that you don’t have to commit any crime to have your name on a government watch list.

In LA, traffic cameras record license plate numbers, as well as the vehicle’s time, date, location, and direction. The ACLU is suing the LAPD and the Los Angeles sheriff over fears that they are using the data to build a detailed database which could reveal everything from which medical clinic drivers visit to where they go to church, which political meetings they attend, and where their families and friends live. Those fears would be allayed if the police would obey FOIA requirements and hand over the data they’re collecting. But they refuse to do so.

And citizens have reason to worry. In November of last year the LA city council proposed using traffic camera data to mail letters to the families of people who drive in high-prostitution areas accusing them of hiring sex workers.

Search for "Pokémon GO privacy" and you get 7,320,000 results. Search for "stingray surveillance" and you'll only get 21,000 stories.And while Google News shows 7,320,000 results for “Pokémon GO privacy,” when you search “stingray surveillance” you’ll only get 21,000 stories. Yes, the popular game records your location data. But game developers aren’t the only ones tracking your movements without your knowledge or a warrant. Across the country, police departments and federal agents have begun using “stingray” technology to turn your cellphone into a tracking device for law enforcement without your knowledge and without a warrant. Stingrays pretend to be cell towers, forcing your phone to connect to law enforcement and reveal your exact location.

U.S. District Judge William Pauley recently decided that the DEA violated Raymond Lambis’ rights by using stingray technology to locate his apartment without a warrant, and suppressed the evidence gathered through it from the trial.

However, this kind of check only works when cops are honest about how they collected incriminating evidence. Cops routinely lie on the stand about the origins of their evidence, and even when they’re caught they face little punishment. And prosecutors similarly routinely lie to get warrants and are similarly rarely punished when their lies are revealed.

Facebook, Google, Pokémon GO, and Peeple have all been fairly transparent about what data they collect and how they use it. Failing to disclose that information in their user agreements opens them up to lawsuits, so journalists are constantly reading the updates for juicy privacy stories.

Here’s the question we need to ask ourselves as a society as we wrestle with disruptive technology: who do you trust with your data?

And at the heart of this question is a cost-versus-benefit calculation. What are the best-case and worst-case scenarios?

The best-case scenario for Facebook drones is cheaper and more ubiquitous internet and air travel.

The upside to better facial recognition technology is even cooler.

You may have heard the phrase, “If you’re not paying, you’re the product” to describe the business model for ad-supported sites such as Facebook, Google, Tumblr, and Snapchat.

“But their refrain works just as well for machine learning,” writes Drew Breunig.

Machine learning has the potential to radically disrupt nearly every aspect of computing. It may even lengthen your life by making it cost-effective to develop customized cancer treatments which are much more effective than current approaches.

Three things are required for creating new and better machine learning algorithms. First, you need hardware and software to run the algorithms. Those we’ve got. Then, you need data. Not just any data, but lots and lots of data that’s already been classified by humans.

The worst-case scenario for privacy intrusion by private companies? So far it’s been a teen girl’s dad finding out she was pregnant through a Target mailing.

The best-case scenario for law enforcement using technology we’re not comfortable with private companies having is that law enforcement will be able to catch more criminals. But remember that police use a disproportionate amount of their resources on arresting low-level drug offenders.

The worst-case scenarios for law enforcement using technology we’re not comfortable with private companies having are both far worse than targeted mailings and are already happening.

It simply makes no sense to freak out about private companies using tech to serve you more targeted ads while we allow police to use that same tech to ruin your life or kill you with impunity.

So the one rule to follow when evaluating new tech is that if you don’t want Facebook to have it, law enforcement can’t have it either.