A Favor for Larry

Help us celebrate Larry's legacy with your own personal testimony. 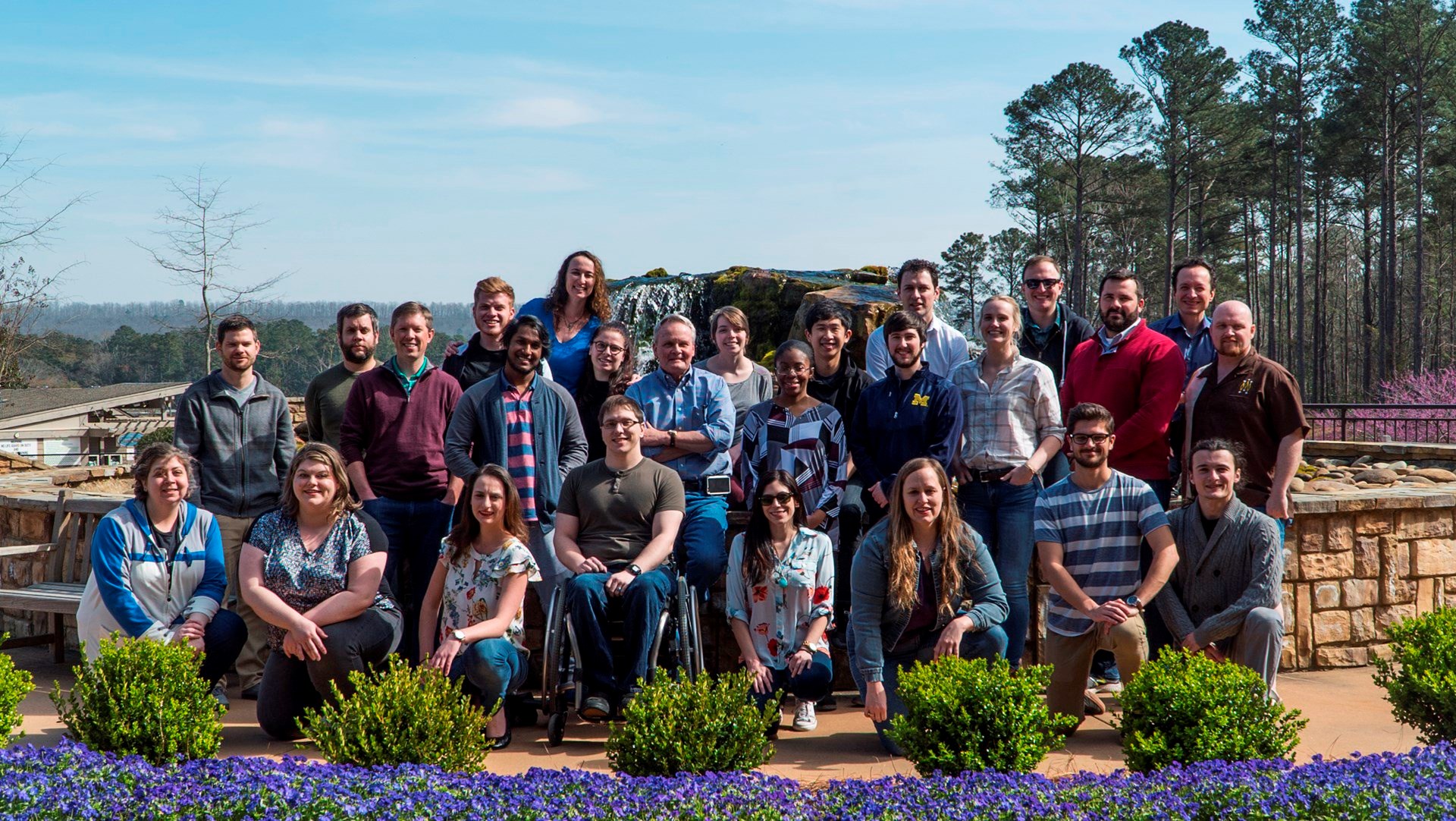 FEE staff at the 2018 Staff Retreat at Callaway Gardens in Pine Mountain, GA

Please read this message to the end as I have a special favor to ask of you!

Back in June, FEE president Lawrence W. Reed (we here call him Larry) announced that after ten phenomenal years at the helm of our reinvigorated organization, he'd asked FEE’s Board of Trustees to commence a search for his successor. That search is expected to identify FEE’s next president within a few months, at which time Larry will assume the role of a very active president emeritus. His speaking engagements in 2019 already include sizable audiences in the U.S., Mexico, Brazil, Serbia, and beyond.

The Legacy of Larry Reed

Larry doesn’t call this “retirement” so much as a “re-focus” on things he most enjoys such as writing and speaking. Nonetheless, it’s a pivotal moment in his half-century of work on behalf of liberty. As he told me personally a few months ago, “For my life, it means the Book is written and whatever is next is the Epilogue.”

Larry was the key figure in the building of one organization and the rescue of another—a rare twin feat in the liberty space.

In the years to come, we expect many great things to flow from his creative mind and prolific pen, including the brand-new Reed Hour on Loving Liberty Radio. Whoever FEE’s new president proves to be will be very lucky to inherit this vibrant organization that Larry revived and put on a path of explosive growth and impact.

In November, Larry wrote this piece about many of the highlights of his presidency. As you can see, the progress has been remarkable across all programs and parts of the organization. FEE’s many supporters can indeed be very proud of their investments in us.

Truly, Larry was the key figure in the building of one organization (the Mackinac Center for Public Policy in Michigan where he served as president for its first 21 years) and the rescue of another (FEE)—a rare twin feat in the liberty space. And somehow, during it all, he’s managed to write and deliver thousands of articles and speeches, inspiring millions with the ideas of liberty on six continents.

Larry’s work over the years, for which he is widely recognized, has often transformed complicated economic concepts into understandable lessons for a broad lay audience. He’s especially known for "Great Myths of the Great Depression"; "Seven Principles of Sound Policy"; Are We Good Enough for Liberty?; "Rendering Unto Caesar: Was Jesus A Socialist?"; "Of Meat and Myth"; Real Heroes: True Stories of Courage, Character and Conviction; Excuse Me, Professor: Challenging the Myths of Progressivism; as well as nearly 2,000 articles and columns since 1970. Visit his new, personal website and you’ll get a glimpse of his prolific career.

His legacy at FEE is that of a vibrant and growing organization to whose core principles he has infused a powerful dimension of personal character.

His travels have taken him to 83 countries, many of them multiple times. Some of them included visits to communist countries where he took considerable risk to contact and assist underground, pro-freedom movements. He shared many lessons from those missions in this 2015 interview. I referenced his awesome reputation internationally a few years ago at Students For Liberty’s annual conference when I introduced Larry as the “Dalai Lama” of the liberty movement. As imprecise as that analogy may be, if you know Larry you know that it rings true.

Larry is proud that his legacy at FEE is that of a vibrant and growing organization whose core principles he strengthened greatly and to which he has infused a powerful dimension of personal character. Today, our message emphasizes the indispensable connection between personal character and liberty—an indelible contribution of his time at FEE.

Anyone who has ever studied leadership success knows that for every obvious, public achievement there are dozens of behind-the-scenes triumphs and contributions. How has Larry Reed made a difference in your life or for liberty? We who know Larry well know that his legacy includes no shortage of occasions when he has quietly gone out of his way to help or influence a person, an organization, or a cause. I suspect that if even a fraction of those private occasions were known, they might even dwarf his immense, public contributions. Over the course of 50 years as an active thinker, teacher, communicator, and administrator, Larry has touched untold numbers in every state and dozens of countries.

Are you one of those people? If so, I invite you to offer a testimonial comment here. Basically, the question to answer briefly and concisely is this: “How has Larry Reed made a difference in your life or for liberty?” If there’s something you’d like to acknowledge him for, now is the time and this is the place. You can do it here, online or via email to Larry, and, if you’d like, you can also send a hard copy letter to Larry at FEE. We’ll compile all the hard copy letters in a notebook that I know Larry will appreciate for many years to come.

Send your notes to:

Thank you in advance for your help in celebrating a remarkable life of service and leadership for liberty!