With Government, the Slope Is, in Fact, Slippery

The Masterpiece Cakeshop case forces us to ask just how far we want anti-discrimination laws to go. 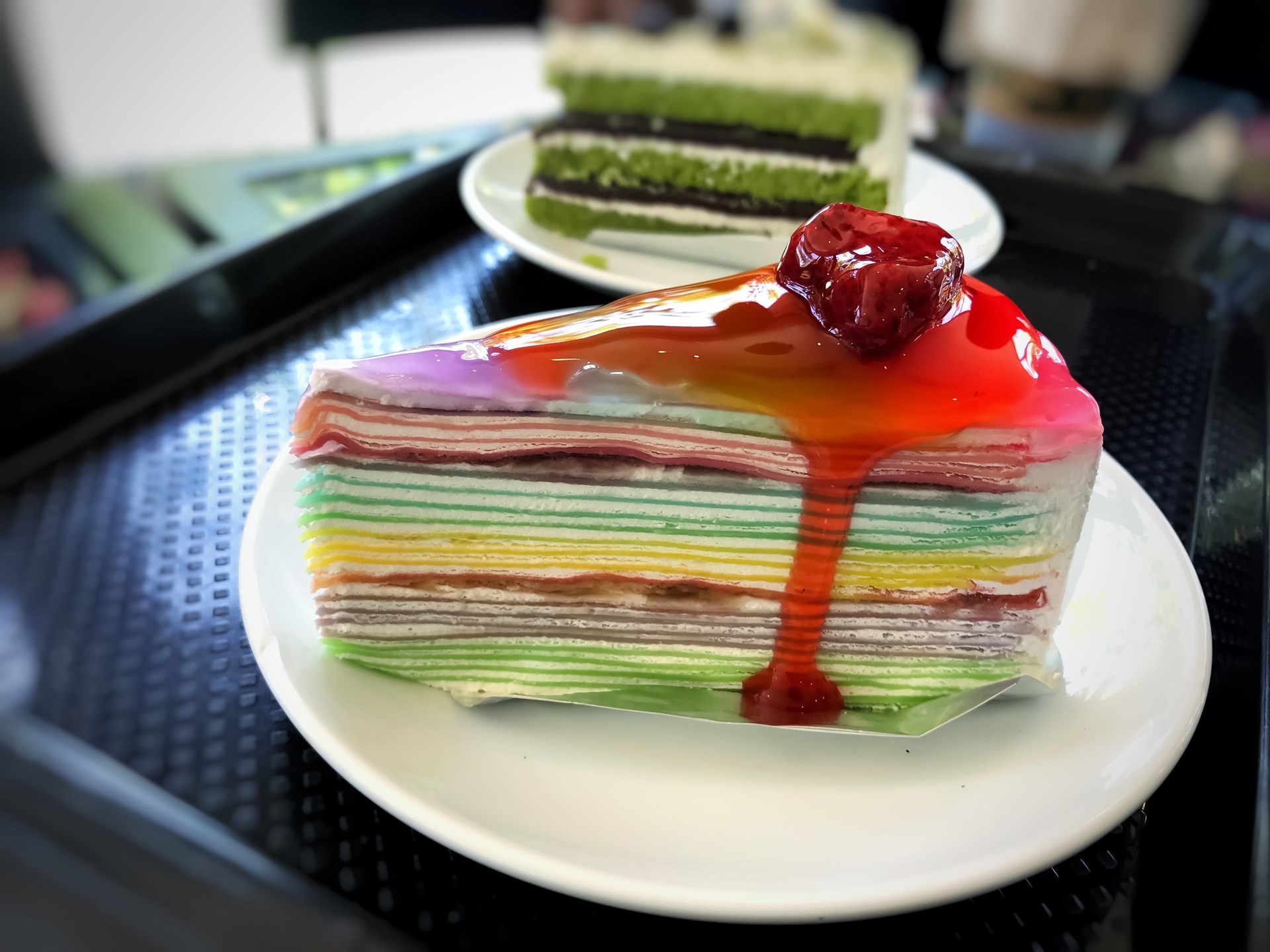 It started with ferries.

Lord Chief Justice Hale considered the question of ferry regulation in De Portibus Maris in 1670. Even if a man owns the land and docks on both sides of a river, and owns a ferry that can be used to take people and cargo between them, he does not have the right to operate a public conveyance without the king’s permission. The king, Lord Hale insisted, has

a right of franchise or privilege, that no man may set up a common ferry for all passengers, without a prescription time out of mind, or a charter from the king. He may make a ferry for his own use or the use of his family, but not for the common use of all the king’s subjects passing that way; because it doth in consequence tend to a common charge, and is become a thing of public interest and use, and every man for his passage pays a toll, which is a common charge, and every ferry ought to be under a public regulation, viz., that it give attendance at due times, keep a boat in due order, and take but reasonable toll; for if he fail in these he is finable. So if one owns the soil and landing-places on both banks of a stream, he cannot use them for the purposes of a public ferry, except upon such terms and conditions as the body politic may from time to time impose; and this because the common good requires that all public ways shall be under the control of the public authorities. This privilege or prerogative of the king, who in this connection only represents and gives another name to the body politic, is not primarily for his profit, but for the protection of the people and the promotion of the general welfare.

The legal abstraction here is not too far removed from the physical facts of the case: The would-be ferryman may own his boat, and he may own docks on both sides of the river, but he does not own the river itself, which is part of the commons and therefore to be regulated in the common interest, which is what is meant by “general welfare.” Where private property intersects with the public sphere, Lord Hale concluded, “it ceases to be juris privati only,” because it is “affected with a public interest.”

The Problem with "Public Interest"

Goods weren’t “affected” with a public interest — they were infected by it. This line of thinking has long been upheld as the common-law basis for regulation of private property and private enterprise in general. Lord Hale’s argument about ferries was over time expanded upon and applied to enterprises that did not rely directly on the king’s waterways or other public property but were instead merely involved in commerce that touched these indirectly: wharves and warehouses, for example, and, in the United States, grain silos, the regulation of which was challenged, unsuccessfully, in the Supreme Court case Munn v. Illinois, in which the Court’s opinion cited and relied heavily upon Lord Hale and his royal ferry licensure.

Somewhere along the way, the principle that business transacted on and by means of public property may be regulated for the public good was abstracted beyond recognition, and instead of asking who may use the rivers for commercial purposes and on what terms, the law instead assumed that the movement and storage of goods could be regulated at any point on the theory that they probably crossed a river or were carried down the king’s highway at some time.

There was no limitation to this: However many degrees of separation there might have been between a certain subsequent transaction and the king’s interest in maintaining the waterways for public use, the king’s interest was never diminished. Lord Hale didn’t have it quite right: Goods weren’t “affected” with a public interest — they were infected by it, and the infection was, and is, incurable. Hence the existence of natural commons such as rivers and other navigable waterways, along with such contributions to the general welfare as public roads and waterfront improvements, became a general license for regulation. This is the origin of Senator Warren’s “You didn’t build that!” school of rhetoric.

From the regulation of public waterways comes the principle that a man may not grow wheat on his own farm for his own use without the king’s permission. It is the lack of a limiting principle that has always alarmed critics of Lord Hale’s argument. If a barrel of wine takes on the public interest when it crosses a river and then carries that interest with it, effectively undiminished, everywhere it goes, then the public sphere is effectively infinite, as is the mandate for regulation. In the American context, the king’s command over the commons has been superseded most significantly by the doctrine of “interstate commerce.”

Like Hale’s ferry principle, the idea of interstate commerce has proved elastic. One would think that interstate commerce would consist only of those activities that are 1) interstate and 2) commercial, but U.S. law has long made room for regulating activities that might plausibly have some remote effect on interstate commerce. In the infamous case of Wickard v. Filburn, the Court held that Roscoe Filburn, a farmer, was subject to federal regulation of his wheat output, which was limited under New Deal law, even though he was growing wheat for his own use on his own farm rather than trading it across state lines.

The central planners of the Roosevelt administration argued that they were pursuing a national interest in managing wheat prices and that Filburn’s farm might have some conceivable effect on them: If he grows his own wheat, he isn’t buying it on the interstate market. The Court agreed, and we still live under that precedent.

From the regulation of public waterways comes the principle that a man may not grow wheat on his own farm for his own use without the king’s permission: The slope is, in fact, slippery.

The principle that private property takes on an unalterably public character whenever a chicken crosses the road is central to American civil-rights law — which, contrary to the account sometimes given by our Democrat friends, has a history that does not begin in 1964.

In the course of a dispute over the Civil Rights Act of 1875, Lord Hale and his ferries were back on the minds of the justices of the Supreme Court. Justice John Marshall Harlan argued that the longstanding legal principles supporting the regulation of everything from grain silos to railroads meant that “in every material sense applicable to the Fourteenth Amendment, railroad corporations, keepers of inns, and managers of places of public amusement are agents of the state.” Justice Joseph P. Bradley took a different view, that the constitutional rights in question were limitations on what the state may do, not limitations on what individuals and businesses may do:

Individual invasion of individual rights is not the subject-matter of the [Fourteenth] Amendment. It has a deeper and broader scope. It nullifies and makes void all state legislation, and state action of every kind, which impairs the privileges and immunities of citizens of the United States, or which injures them in life, liberty, or property without due process of law, or which denies to any of them the equal protection of the laws.

. . . It does not invest Congress with power to legislate upon subjects which are within the domain of state legislation; but to provide modes of relief against state legislation, or state action, of the kind referred to. It does not authorize Congress to create a code of municipal law for the regulation of private rights; but to provide modes of redress against the operation of state laws, and the action of state officers, executive or judicial, when these are subversive of the fundamental rights specified in the amendment. Positive rights and privileges are undoubtedly secured by the Fourteenth Amendment; but they are secured by way of prohibition against state laws and state proceedings affecting those rights and privileges.

Beyond the specific constitutional questions, Justice Bradley was in search of a limiting principle: If the Fourteenth Amendment means that obscure innkeepers and café operators are subject to the same constitutional burdens as, say, the government of Alabama, then “it is difficult to see where it is to stop.” Justice Bradley prevailed, and Justice Harlan was the lone dissenter.

In the debate over the Civil Rights Act of 1964, the arguments were in many ways the same. Senator Goldwater, whose long and distinguished record as a champion of civil rights has been strangely forgotten, believed that the “public accommodations” language in the proposed civil-rights legislation — provisions that would put into effect Justice Harlan’s conception of private businesses as effective “agents of the state” — was undesirable and unconstitutional, a perversion of Congress’s power to regulate interstate commerce.

The rhetoric of the time was often heated and at times indefensible. But no one, not the most wild-eyed critic of the principles underlying the civil-rights legislation of the 1960s, ever suggested that, if such laws were passed, they would lead to obscure Christian bakers’ being forced at the point of government bayonets to produce cakes for the celebration of homosexual weddings. (I write “principles” because the Masterpiece case is a challenge to a Colorado statute, not to the Civil Rights Act of 1964.) The slope is, in fact, slippery. We ought to think a little about how far down the slope we want to go.

A Bakery Is Not the Local Public School

It is not the case that discrimination is discrimination is discrimination. We ought to think a little about how far down the slope we want to go. Americans look instinctively to our Constitution and to our national political principles for guidance, and our attitude toward them is the civic version of sola scriptura. We tend to generalize when we ought to specify, and sometimes to specify when we ought to generalize. The social and political condition of African Americans in the 1960s was indefensible and incompatible with our national ideals. Something needed to be done, and something was, imperfectly.

But our generalizing from that has not always been intelligent or prudent or constructive. Jews often were treated shabbily in our country, and sometimes still are, but the case against Princeton’s numerus clausus system of discriminating against Jewish applicants was not the same as the case against Mississippi’s suppression of African Americans. The situation of gay Americans in 2017 is not very much like that of black Americans in 1935.

It is not the case that discrimination is discrimination is discrimination. Telling a black man that he may not work in your bank because he is black is in reality a very different thing from telling a gay couple that you’d be happy to sell them cupcakes or cookies or pecan pies but you do not bake cakes for same-sex weddings — however much the principle of the thing may seem superficially similar. If the public sphere is infinite, then the private sphere does not exist, and neither does private life. Having a bakery with doors open to the public does not make your business, contra Justice Harlan, an agent of the state. A bakery is not the Commerce Department or the local public high school.

Sure, bakery customers may travel there on public roads. But tell me: Isn’t that EPA-regulated air you’re breathing?