Why the Swiss Health Care Model Will Never Work in America

The Affordable Care Act was, as thinkers as different as Paul Krugman and Avik Roy both observed, an attempt to Swiss up the U.S. health-insurance and health-care markets. 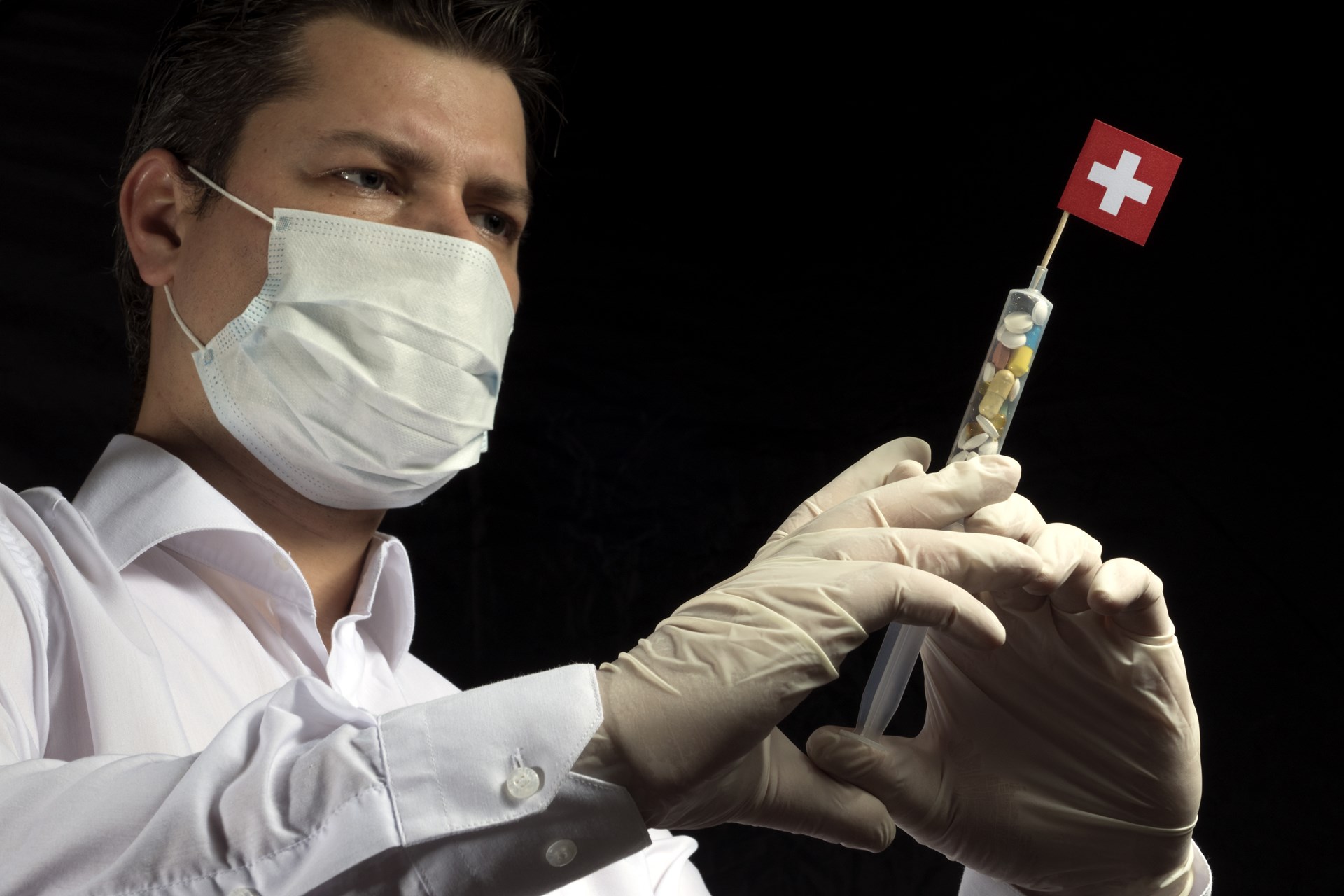 If you’re wondering what in Hell is actually going on with U.S. health-care policy, the short version is this: Policymakers in both parties are trying to replicate Swiss policies in a country that isn’t Swiss.

The Affordable Care Act was, as thinkers as different as Paul Krugman and Avik Roy both observed, an attempt to Swiss up the U.S. health-insurance and health-care markets. (Obligatory reiteration: Those are not the same thing.) The Swiss system, Santésuisse, achieves one big progressive goal — universal health-insurance coverage — while offering much to please conservatives: a private market for health insurance and health care, consumer choice, and relatively low government spending on health care. (For more on this topic, see "Government Makes Healthcare Worse and More Expensive.")

There are no employer-based health-insurance plans in Switzerland.

Santésuisse is, in its broadest strokes, a lot like the model established by the so-called Affordable Care Act — a model that is kept in large part by the Republicans’ “repeal-and-replace” proposal, which neither repeals nor replaces the Affordable Care Act, though it does make some substantial changes to it.

Like Obamacare, Santésuisse mandates that all citizens purchase insurance from private insurance companies; establishes by law a minimum package of acceptable benefits to satisfy that mandate; subsidizes health-insurance premiums for lower-income people, with a goal of keeping their insurance premiums to less than 10 percent of their incomes; mandates coverage of preexisting conditions and imposes “community rating,” which means that low-risk insurance buyers pay higher premiums to allow for high-risk buyers to pay lower premiums, though the Swiss do make some adjustments for age and sex (!); it imposes controls on procedure costs and reimbursement for providers.

The Swiss model also does a few things that ACA does not: It requires that insurance companies offer their minimal policies on a nonprofit basis; it is structured around relatively high out-of-pocket expenses (high copays and deductibles) in order to encourage consumers to spend soberly; and, perhaps most important, it does this in the context of a health-insurance market that is entirely individual: There are no employer-based health-insurance plans in Switzerland. Everybody buys his own health insurance, the same way people buy everything from tacos to mobile-phone service. Swiss regulations also mandate that prices be made public, which helps consumer markets to function.

The Cost of Health Care

In terms of government spending on health care, Switzerland isn’t terribly different from the United States. Indeed, with the exception of high-spending Norway, per-capita government spending on health care is pretty consistent across a selection of advanced countries with very different health-care systems: Switzerland, the United States, the Netherlands, Sweden, Germany, and Denmark all have similar per-capita outlays. Interestingly, none of those countries has a national single-payer system: Sweden and Denmark have largely public systems, but they are run mostly by local governments rather than by the national government.

In terms of total spending — government and private spending together— the U.S. spends the most.

Among countries with single-payer systems, there is a fair amount of variability in per-capita spending: Australia, for example, has lower government spending than does the United Kingdom.

In terms of total spending — government and private spending together — countries with quite different systems lead the pack: The United States spends the most, followed by Switzerland, Norway, the Netherlands, Germany, Sweden, Ireland, Austria, Denmark, Belgium, and Canada. (These are OCED statistics from 2014.) The lack of a robust relationship between health-care systems, health-care expenses, and health-care outcomes suggests that the most powerful determinants of these are exogenous to policy, things like national demographic characteristics and economic conditions: Older people with lots of disposable income will tend to spend more on medical services, the Swedes and Okinawans have been healthy and long-lived under a number of different health-care systems, etc.

Which is to say, one of the reasons the Swiss and the Americans spend relatively large sums on health care may be the structure of the insurance markets; it might simply be that they are rich countries in which consumers choose to consume more health care, which would explain why Sweden and Canada are in the club of relatively big spenders. And low medical spending is not necessarily a sign of health: They don’t spend very much on health care in Cameroon.

The Swiss health care mandate has worked partially because the Swiss are culturally a rule-following people.

As Avik Roy and others have pointed out, trying to build Swiss health-care architecture on American foundations is a project by no means guaranteed to succeed. Switzerland, for example, has enjoyed very strong compliance with its national health-insurance mandate. Part of that is cultural (the Swiss are rule-following people), and part of it is that Swiss government: If you fail to comply with the mandate, the Swiss government will garnishee your wages and charge you a penalty equivalent to the cost of the premiums plus up to 50 percent, and, if you persist, the government will sign you up for an insurance policy and allow the provider to sue you for back premiums covering the period during which you were uninsured.

The Affordable Care Act was designed in a dishonest way, front-loading the revenue and backing in the expenses in order to get a nice budget score from the Congressional Budget Office. The CBO rolled its institutional eyes at this, and its report suggested very strongly that its analysts did not believe a word of what they were writing, inasmuch as the most popular parts of ACA were likely to be enforced while the unpopular bits — like the “Cadillac tax” — would be put off or softened, resulting in a program that in reality cost much more and produced less revenue than it did in the model version that CBO scored.

Sure enough, Hillary Rodham Clinton and Bernie Sanders both campaigned against the Cadillac tax (it hits their union foot soldiers first and hardest) while the House and Senate Republican plans would keep in, in theory, but put off collecting it until 2025 — at which point the smart money would be on its being put off again.

If you want a Swiss health-care system, then you have to be willing to accept ruthlessly efficient Swiss enforcement and an unsentimental Swiss bottom-line view of the program. Neither party is interested in that: The new Republican health-care plan would formally do away with the individual mandate while keeping a form of the preexisting-coverage rule, which is, the protestations of the bill’s drafters notwithstanding, probably going to be unworkable.

As long as you have a mandate that insurance companies cover preexisting conditions (i.e., that they place bets against events that already have happened) then you really have to have the mandate that people buy insurance, too; otherwise you create incentives to forgo buying insurance until you are actually sick, creating insurance markets composed mostly of sick people, a model that is not economically sustainable. If you want to cover preexisting conditions, then you have to have a mandate and enforce it strongly — Switzerland’s compliance rate is about 99.5 percent.

For comparison, the United States mandates that drivers carry automotive insurance, and about one in five drivers fails to comply with that mandate. And while the enforcement is tougher, the subsidies are less generous. Two-thirds of the Swiss receive no health-insurance subsidies at all, and the subsidies that are received tend to be relatively small except for the very poor.

But what is most critical may be that the Swiss model is free of one big problem that most Americans do not see as a problem at all: employer-based health-insurance programs. The Swiss market is an individual market, but most insured Americans get their insurance from their employers. Doing away with that would provide real benefits, but it would also bring a great deal of stress to risk-averse Americans who are, in large part, satisfied with their employer-based insurance plans. A Swiss system in the United States might — might — be a good idea, or at least better than the status quo ante of 2009.

A Swiss system with no real enforcement, sloppy economic thinking, and no dynamic, consumer-driven insurance market? A Swiss system that replaces Swiss efficiency with American sentimentality? It didn’t work when it was called Obamacare. It won’t work when it’s called Trumpcare or Ryancare or McConnellcare, either.