Why the Liberty Movement in Europe Is Rocking So Hard

A glorious new beginning for liberty on the Continent

I was truly startled by the energy, enthusiasm, intelligence, and passion of the people who attended LibertyCon – sponsored by the European Students for Liberty – in Prague this year. I was honored to be a speaker, but especially excited to have my first exposure to a remarkable movement taking shape in Europe, one that is wholly dedicated to realizing liberty as the key to the future.

It was liberty that built Europe and liberty that will save it from the authoritarians who are grasping to control its political and economic future.  I saw among those one thousand attendees a strong reason for hope. 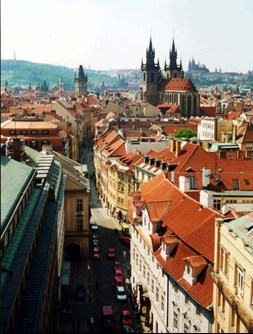 It was my first visit to Prague, so please forgive my wild infatuation with this city. It is one of the great cities on the continent and mercifully untouched by war. Its roads and streets are as complex as anything I’ve encountered outside of Rome: circuitous, irrational, narrow, and paved with bumpy cobblestones guaranteed to make a mess of any dress shoe.

And everywhere you look, you see beauty of a very special sort. You look at 500 years of achievement in building civilization, and you see the integration between the past, present, and future. It is true across all the arts, from the music (here is a solid example of 16th century polyphony from Prague) to the architecture.

The entire city is a reminder of what freedom makes possible, a society in which the sacrifices and deeds of one generation are enjoyed by the next, so that every new generation enjoins a kind of benefaction from those who came before.

Oddly, this is a rare sight in today’s world. War, central planning, depression, and political upheaval have created terrible scars in the historical narrative, so the continuity that should be part of the human experience over time goes missing. This has been true in Atlanta, for example: a glorious modern city that has continually had its past erased by fire, political experimentation, and demographic upheaval. This is true in a place like Rome too, where the past is preserved but the present is strangely absent because of controls and restrictive planning. 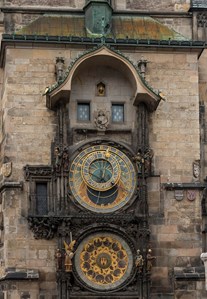 But in Prague, you see it. You see the story of the growth of modernity in the buildings, bridges, churches, castles. You see a clock on a building and, if you know the history of technology, you can isolate within 50 years when it was constructed. But not far away is a glorious new piece of art that reflects the style of our times. There is nothing discordant about it. One style is not an attack on the other. Nothing is repudiated. Everything is a lovely expression of the style of its time. The present is not at war with the past.

And this is rather remarkable given the history of communism in Prague. In 1938, the city was occupied by German armies, leading finally to the famous Prague Uprising. It was never bombed from the air during the war, never became fodder like so many European cities. The Soviets moved into a liberated Prague and de-liberated it for the remainder of the Cold War. But the tyranny was limited due to the Prague Spring and the bravery that stopped the imposition of Stalinist rule in 1968. This became a foreshadowing of the best of all the revolutions of 1989: the Velvet Revolution that brought market reforms and new freedom. The liberalization did not go far enough (education and healthcare remained in state hands), but the city flourished anew.

Of course my guides showed me the McDonald’s in Prague, the first one that opened after 1989. I was duly impressed, but my guide wanted me to understand the bigger significance:

“When those golden arches appeared in Prague, it was a huge cultural moment. It was an indication that the emergent Czech Republic would be part of the civilized world of commercial cities. It had a future and that future was about capitalism, which means service to the people. This is not just an ordinary restaurant. It was and is a symbol of hope.”

The young people at this conference have parents and grandparents who remember socialism in their lifetimes. This memory has informed their self identity and emboldened their commitment to a free Europe. Every country has its own activists, study groups, fledgling organization, businesses, and specializations. LibertyCon, an annual gathering, serves as a kind of organizing tool for education, socializing, and networking. And given the dearth of opportunities in Europe, the students cling to this event, and draw energy from meeting and socializing with their compatriots from their own country and many other countries.

There is huge diversity here, but a unity on principle. In my talk, I went to great lengths to trace two strands of anti-libertarian thought alive in the current political environment. I offered my opinion that there is not much future to the social-democratic project of the postwar world. Its ethics are at war with its economics, and its political vision increasingly at odds with the values of the people they seek to serve. A bird’s eye view of their historical prospects reveals a long decline in their influence over the future of Europe. 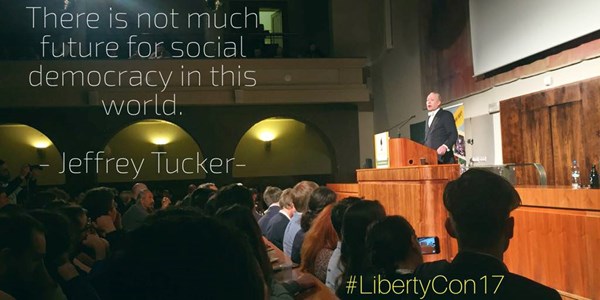 If that is true, what is next? There are new nationalist (nativist, protectionist, and racist) movements seeking to capture the institutions built by the social democrats. What they offer is not freedom but another central plan, based on dreams of demographically homogeneous populations feeding off large welfare states ruled by a leadership principle. This is not an alternative to social democracy but another menace to freedom. It is up to the libertarians to understand this and reveal it to others, as well as provide an alternative vision of the future.

They could afford to be more openly proud of what they are building despite all odds. What I appreciate so much about the European movement is just how earnest it is. Let me give the example of Paralelní Polis. It is a beautiful space in Prague that was formed as a venture inspired by the rise of distributed networks and cryptographic currencies. The founders saw in these technologies the possibility of self managing communities, so they did something remarkable: they set one up!

The building is now home to the Institute of Cryptoanarchy, a workspace, and 3D printing center that serves coffee and beer in exchange for Bitcoin (and the BTC ATM is right there on the premises). They sponsor lectures, display art, and generally serve as an intellectual font for the movement. The culture of this one space is so exciting that people want to be there. Even on the Sunday I visited, the place was teeming with activity. And I was delighted to use Bitcoin to pay for my coffee.

This is only one example of thousands of charisms that exist within the European liberty movement. Every country has its own iteration and own particular focus, whether in Romania, Israel, Italy, Spain, or the Netherlands. As I heard about the books, the seminars, the salons, the meetups, the conferences, and the institutions being formed, I was truly in awe. And their humility regarding the whole thing was notable in both a good and bad way. They could afford to be more openly proud of what they are building despite all odds.

The Europeans and their Future

Liberty is the cornerstone of European civilization. There is no substitute.It is true that authentic liberalism is embattled in Europe: neglected in academia, ignored by the press, and marginalized in politics. What this means for anyone who so self-identifies is a necessary toughness of mind and a determination to proceed ever more boldly despite facing such grim odds. It is this very toughness and determination that is their biggest asset. They truly believe. That is the first condition for building a successful future.

My only concern is this. I get the sense that European libertarians underestimate the strength and power of their own movement. They do this because they imagine that they are small and lacking in influence. But that will change as passions intensify and history calls forth their voices in public life. They must redouble their efforts with full knowledge that the future is winnable by ideas pushed by people who believe in the rightness of their cause.

Liberty is the cornerstone of European civilization. There is no substitute. No bureaucracy, no leadership, no new plan rooted in collectivist notions can achieve the flourishing of life that everyone is seeking.

Liberty is the answer. It has fallen to this remarkable group of young men and women I met in Prague this past week to show the way. 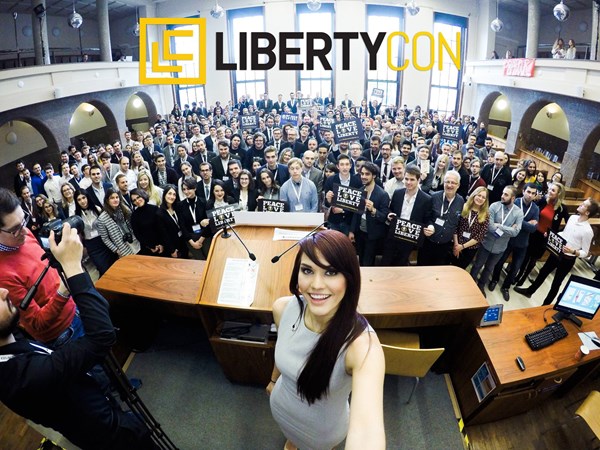