Why Do People Become Communists, and Why Do They Stick With It?

So if there is no rational case for communism as such, why do people go for this stuff? 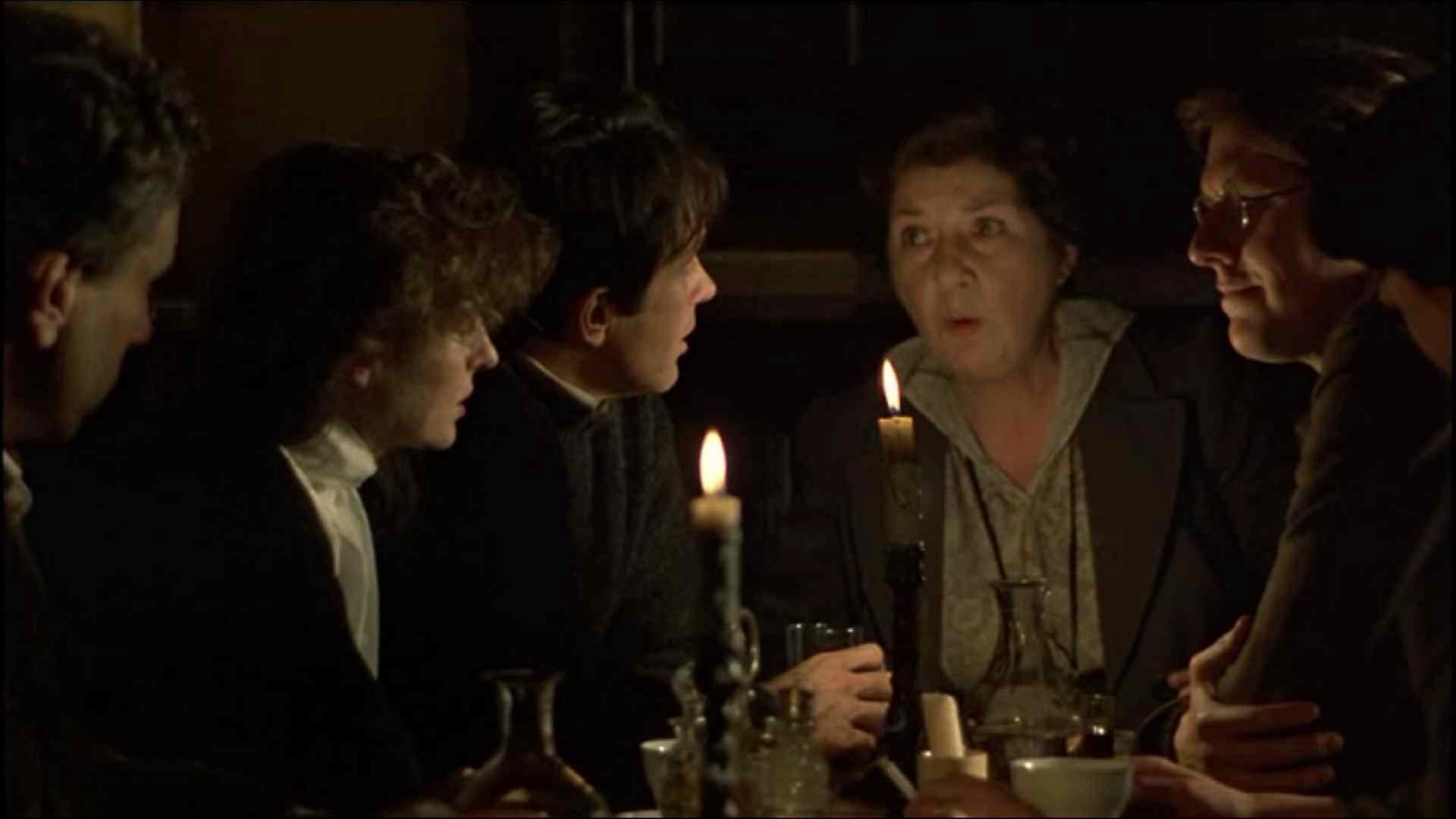 For as long as I can remember, I’ve puzzled about why people become communists. I have no doubt about why someone would stop being one. After all, we have a century of evidence of the murder, famine, and general destruction caused by the idea. Ignoring all this takes a special kind of willful blindness to reality.

But how communism would work in practice is not something they want to talk about. They just imagined that some magical Hegelian shift would take place in the course of history that would work it all out.

So if there is no rational case for communism as such, why do people go for this stuff?

The New York Times has been exploring that issue in a series of remarkable reflections that they have labelled Red Century. I can’t get enough, even the ones that are written by people who are—how shall I say?—suspiciously sympathetic to communism as a cause.

The most recent installment is written by Vivian Gornick. She reflects on how her childhood world was dominated by communists.

The sociology of the progressive world was complex. At its center were full-time organizers for the Communist Party, at the periphery left-wing sympathizers, and at various points in between everything from rank-and-file party card holders to respected fellow travelers….

When these people sat down to talk, Politics sat down with them, Ideas sat down with them; above all, History sat down with them. They spoke and thought within a context that lifted them out of the nameless, faceless obscurity into which they had been born, and gave them the conviction that they had rights as well as obligations. They were not simply the disinherited of the earth, they were proletarians with a founding myth of their own (the Russian Revolution) and a civilizing worldview (Marxism).

While it is true that thousands of people joined the Communist Party in those years because they were members of the hardscrabble working class (garment district Jews, West Virginia miners, California fruit pickers), it was even truer that many more thousands in the educated middle class (teachers, scientists, writers) joined because for them, too, the party was possessed of a moral authority that lent shape and substance, through its passion for structure and the eloquence of its rhetoric, to an urgent sense of social injustice….

The Marxist vision of world solidarity as translated by the Communist Party induced in the most ordinary of men and women a sense of one’s own humanity that ran deep, made life feel large; large and clarified. It was to this clarity of inner being that so many became not only attached, but addicted. No reward of life, no love nor fame nor wealth, could compete with the experience. It was this all-in-allness of world and self that, all too often, made of the Communists true believers who could not face up to the police state corruption at the heart of their faith.

Sounds fascinating, if bonkers (Marxism is hardly a “civilizing worldview”). It sounds less like an intellectual salon of ideas and more like a religious delusion. Those too can be well intentioned. The key here is a dogmatic ideology, which serves as a kind of substitute for religion. It has a vision of hell (workers and peasants exploited by private-capital wielding capitalist elite), a vision of heaven (a world of universal and equal prosperity and peace), and a means of getting from one to the other (revolution from below, as led by the vanguard of the proletariat).

Once you accept such an ideology, anything intellectual becomes possible. Nothing can shake you from it. Okay, that’s not entirely true. One thing can shake you of it: when the leader of the cult repudiates the thing you believe in most strongly.

She was 20 years old in 1956, when Nikita Khrushchev spoke to the Soviet Communist Party about the crimes of Stalin. Apparently the unrelenting reports of famine, persecution, and mass death, from the early years of Bolshevik rule – and even the revelation of the Hitler-Stalin pact – would have demoralized them earlier. But no:

The 20th Congress report brought with it political devastation for the organized left around the world. Within weeks of its publication, 30,000 people in this country quit the party, and within the year it was as it had been in its 1919 beginnings: a small sect on the American political map.

And speaking of this small 1919 sect, I’m reminded of one of my favorite movies: Reds (1981). I could watch it another 20 times. It explores the lives of the American communists of the turn of the 20th century, their loves, longings, and aspirations. The focus is on fiery but deluded Jack Reed, but it includes portraits of a passionate Louise Bryant, the gentile Max Eastman, an edgy Eugene O’Neill, and the ever inspiring Emma Goldman.

These people weren’t the Progressives of the mainstream that history credits with having so much influence over policy in those days. These were the real deal: the Communists that were the source of national frenzy during the Red Scare of the 1920s.

The movie portrays them not as monsters but idealists. They were all very talented, artistic, mostly privileged in upbringing, and what drew them to communism was not bloodlust for genocide but some very high ideals.

They felt a passion for justice. They wanted to end war. They opposed exploitation. They longed for universal freedom and maximum civil liberty. They despised the entrenched hierarchies of the old order and hoped for a new society in which everyone had an equal chance.

Watching their one-by-one demoralization is painful.All of that sounds reasonable until you get to the details. The communists had a curious understanding of each of these concepts. Freedom meant freedom from material want. Justice meant a planned distribution of goods. The end of war meant a new form of war against the capitalists who they believed created war. The hierarchies they wanted to be abolished were not just state-privileged nobles but also the meritocratic elites of industrial capitalism, and even small land owners, no matter how small the plot.

Why be a communist rather than just a solid liberal of the old school? In the way the movie portrays it, the problem was not so much in their goals but in their mistaken means. They hated the state as it existed but imagined that a new “dictatorship of the proletariat” could become a transition mechanism to usher in their classless society. That led them to cheer on the Bolshevik Revolution in its early stages, and work for the same thing to happen in the United States.

Watching their one-by-one demoralization is painful. Goldman sees the betrayal immediately. Reed becomes an apologist for genocide. Bryant forgets pretending to be political and believing in free love, marries Reed, and tends to his medical needs before his death. O’Neill just becomes a full-time cynic (and drunk). It took Max Eastman longer to lose the faith but he eventually became an anti-socialist and wrote for FEE.

The initial demoralization of the early American communists came in the 1920s. They came to realize that all the warning against this wicked ideology – having been written about for many centuries prior, even back to the ancient world – were true.

Eastman, for example, realized that he was seeking to liberate people by taking from them the three things people love most in life: their families, their religion, and their property. Instead of creating a new heaven on earth, they had become apologists for a killing machine.

Stunned and embarrassed, they moved on with life.

But the history didn’t end there. There were still more recruits being added to the ranks, generations of them. The same thing happened after 1989. Some people lost the faith, others decided that socialism needs yet another chance to strut its stuff.

As for the Communist Party in America, most left-Progressives of the Antifa school regard the Party as an embarrassing sellout, wholly owned by the capitalist elite. And when we see their spokesmen appear on television every four years, they sound not unlike pundits we see on TV every night.

It would be nice if any article written about communism were purely retrospective. That, sadly, is not the case. There seem to be new brands of Marxian thought codified every few years, and still more versions of its Hegelian roots that take on ever more complex ideological iterations (the alt-right is an example).

Why do people become communists? Because human beings are capable of believing in all sorts of illusions, and we are capable of working long and hard to turn them into nightmares. Once we’ve invested the time and energy into something, however destructive, it can take a very long time to wake us up. It’s hard to think of a grander example of the sunk-cost fallacy.