Was Reagan Right to Call Daniel Ortega a “Dictator in Designer Glasses”?

Daniel Ortega has left behind his designer glasses and communist rhetoric—but has continued to practice the oppression characteristic of communist regimes throughout history.

In December 1985, Ronald Reagan said on his weekly radio address that “Nicaragua was an imprisoned nation… condemned by a dictator in designer glasses.” Reagan was referring to Daniel Ortega, one of the leaders of the Sandinista movement and at the time, the first elected president of the newly democratic Nicaragua. Ortega had visited the United Nations’ anniversary celebrations and was severely criticized for his visit to an Upper East Side optical shop where he allegedly spent more than $3,500 in designer sunglasses (about $9,228.68 in 2022’s dollars).

Back then, Nicaragua was the stage of one of the proxy wars of the Cold War. Daniel Ortega was a strong supporter of communism, the USSR, and Fidel Castro’s Cuba. In the 1980s, under both Carter and Reagan, the US government funded “the Contras,” rebel groups that opposed the Sandinista Junta of National Reconstruction Government, which replaced a forty-three-year dynastic dictatorship.

Nearly 40 years later, in January 2022, Ortega secured yet another term in office, this one lasting until 2027. By then, Ortega will have held power for fifteen consecutive years and 26 years altogether.

How has Daniel Ortega held onto power so long? In light of Ortega’s recent election victory, is Reagan’s characterization of Ortega as a “dictator” of “an imprisoned nation” accurate today?

To answer these questions, let’s look at a bit more history and then some political philosophy.

The Return of Ortega

At the time, the Nicaraguan Constitution prohibited consecutive reelection and limited presidents to two terms. In 2009 a ruling by Nicaragua’s Supreme Court of Justice allowed Ortega to run for reelection, which he won in 2011. In 2013, Ortega proposed a constitutional reform that was approved by the National Assembly (with a Sandinista majority) allowing indefinite reelection with a simple majority. He then won the 2016 elections.

In 2018, the country was roiled by protests against the government. Ortega’s military and police responded with extreme force. The regime ordered doctors to deny health services to university students who were hurt in the protests. According to a 2019 Interamerican Court of Human Rights report, 328 were killed, 3 missing, 130 imprisoned, and 88,000 Nicaraguans were exiled as a result of the protests.

From that point on, the repression grew stronger. During the 2021 elections more than 40 political dissidents were imprisoned, among them seven opposition candidates who were strong contenders to unseat Ortega. Unsurprisingly, Ortega “won” with 75 percent of the votes (the remaining quarter was divided among other candidates approved by Ortega). Eighty percent of eligible voters refused to show up for the rigged elections. A CID Gallup poll showed that 65 percent of the citizens preferred to vote for an opposition candidate.

Considering this history, is Daniel Ortega’s government legitimate, as his supporters claim, or is it a dictatorship or tyranny, like Reagan said and Ortega’s opponents agree?

To settle this in a rational, unbiased manner, we should first define our terms. What is tyranny? What makes a government just or unjust?

To shed light on these questions, let’s turn to one of the most influential philosophers of government in world history: John Locke (1632-1704).

According to Locke, the proper role of the government is that of a public servant. Government should be “for the people.” So, any ruler who serves himself instead of the public is a tyrant. As Locke wrote in his Second Treatise of Government:

“Tyranny is making use of the power any one has in his hands, not for the good of those who are under it, but for his own private, separate advantage.”

Locke believed that whenever a government was behaving as a tyranny, the governed had the legitimate right to remove and replace that government. He rhetorically asked:

“...which is best for mankind, that the people should always be exposed to the boundless will of tyranny, or that the rulers should be sometimes liable to be opposed when they grow exorbitant in the use of their power, and employ it for the destruction, and not the preservation, of the properties of their people?”

In 1688, during the Glorious Revolution, John Locke supported the overthrow of King James II. He wrote a treatise justifying this radical action, arguing that even kings are mere “trustees” charged by the people to defend their liberty. If the government abuses that trust, the stewardship of power can and should be revoked. “The people,” Locke insisted, “shall be judge.”

In other words, the people must judge whether their government is properly defending their liberty. Based on that judgment, they have the right to depose any tyranny; and any ruler who denies the people that right by clinging to power is undoubtedly a tyrant.

Now that we know what makes a tyranny, let’s consider if Daniel Ortega fits the bill.

Is Ortega letting the people judge for themselves whether he should be entrusted with defending their liberty? No. By manipulating the electoral process and violently suppressing dissent, he is taking that choice away from them.

In rigging the political system, he is also serving himself and his power clique instead of the public.

And by violating civil liberties, he is flouting the only legitimate purpose of government: which is to protect liberty.

On all three counts, Daniel Ortega’s regime is “textbook” tyranny, according to the political philosophy of John Locke, the guy who literally wrote “the book” on tyranny.

And like all tyrannies, Ortega’s is driving the people to flee in droves. Nearly 170,000 Nicaraguans left the country in 2021, the largest number since the socio-political and economic crisis intensified in 2018. According to a CID Gallup survey presented by El Confidencial, 65 percent of respondents intend to migrate. Almost a sixth of the total population in Nicaragua has departed the country. 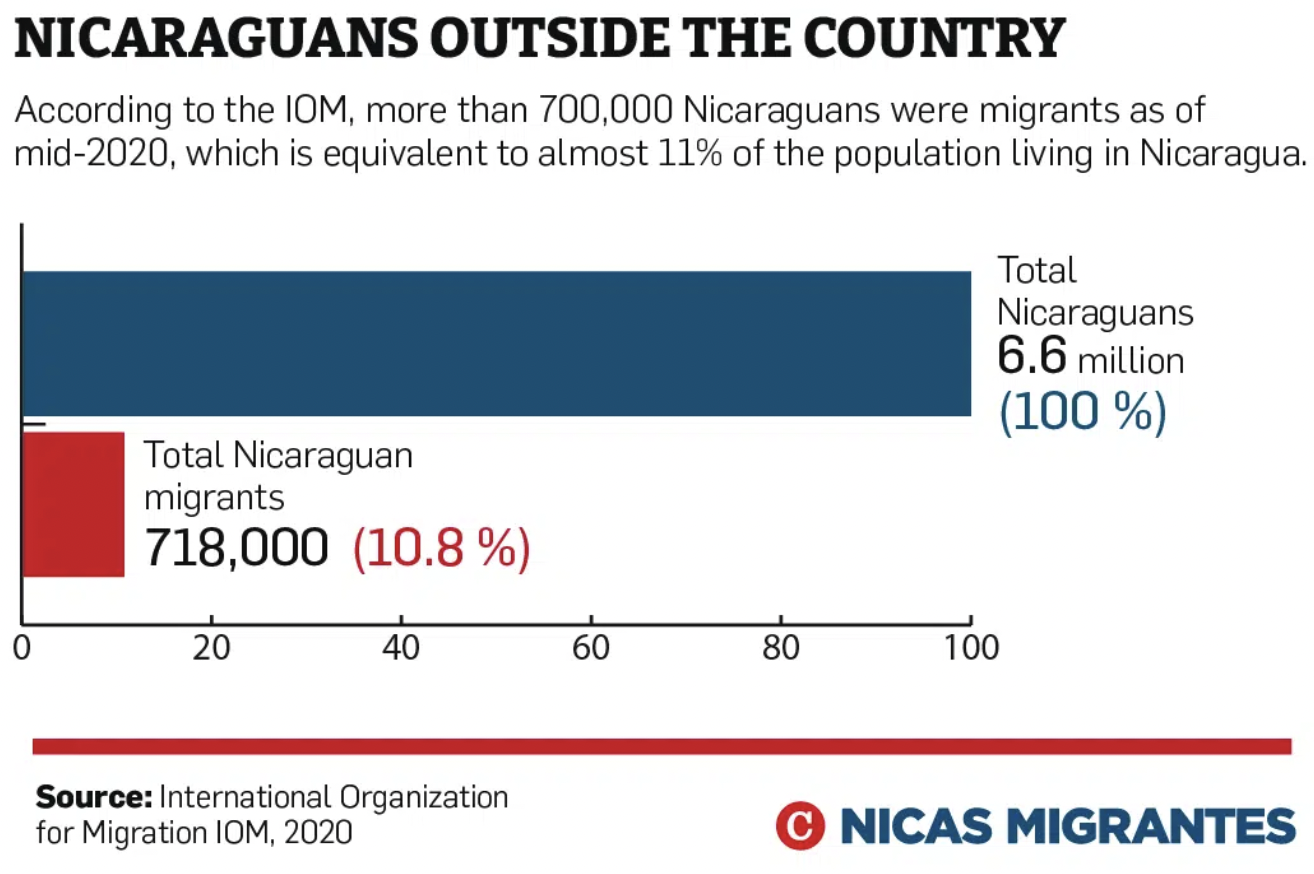 In the years since 1985, Ortega has left behind his designer glasses and communist rhetoric, but has continued to practice the oppression characteristic of all communist regimes throughout history. Ortega has used his power to manipulate the political system to stay as president of the country. Even if there are elections, citizens are not able to choose a real opposition option to escape the tyranny. Some Nicaraguans are migrating, doing what they can't do through the political system: choose a different type of government that serves them best.

Reagan was and is still right: Ortega is a dictator and Nicaragua is an imprisoned country. Unable to shake Ortega’s tyranny, the people are staging a jailbreak.

Daphne Posadas is the Project Manager and Brand Ambassador for FEE en Español.