Protectionists' idea of a trade balance is completely backward. 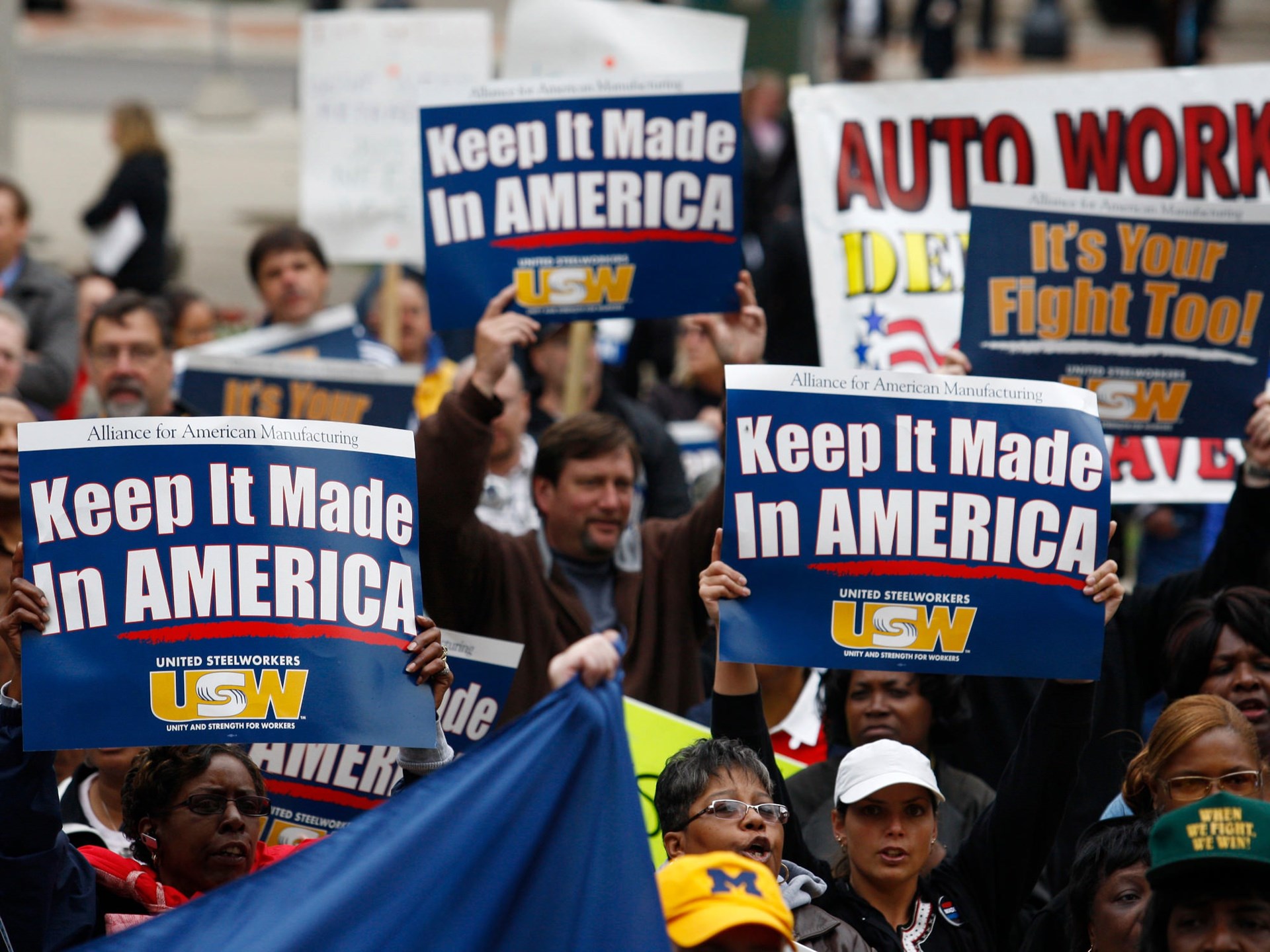 Donald Trump has demonstrated his profound misunderstanding of the basic economic principles of international trade for several years now, and perhaps reached a pinnacle when he told the New York Daily News in an interview last August that “we’re getting hosed by the Chinese — and that we’ve done it with our eyes wide shut.” Here’s more of Trump from that interview, further demonstrating his clueless and child-like misunderstanding of international trade:

“What China has done to America?” he raged. “The money and the jobs they’ve taken from us? It is the greatest single theft in the history of the United States.” In other words, China is to the United States as Bernie Madoff is to investors. “And Japan is almost as bad,” he stormed. “Japan sells us millions of cars — and we sell them wheat!

MP: Alternatively, we might say “What the US has done to China? The manufactured goods we’ve taken from them? It is the greatest single theft in the history of China.” In other words, the United States is to China as Bernie Madoff is to investors. Here’s more from the interview:

“I’ve been saying for years that China would take us down. Why? Because our leaders are stupid and China’s leaders are smart. They sell to us, no taxes, no nothing. We sell them 10% of what they sell us. Ninety percent to 10%! It’s crazy. Our trade deficit with China is like having a business that continues to lose money every single year. Who would do business like that?”

Peter Navarro, in his Wall Street Journal opinion piece earlier this week (see related post here) demonstrated his fundamental misunderstanding of international trade when he opened his op-ed with the following question: “Do trade deficits matter?” Just to ask the question is to admit one’s ignorance of trade theory, which has been pretty settled on this topic since Adam Smith taught us in 1776 that “Nothing…can be more absurd than this whole doctrine of the balance of trade.”

To help Mr. Trump and Mr. Navarro with their “understanding deficit” about international trade theory and trade deficits, it’s a good time to invoke the timeless wisdom of Milton Friedman (featured here), presented below as a remedial refresher on some of the most basic principles of international trade (updated for today):

In the international trade area, the political rhetoric is almost always about how we must export, and what’s really good for America is an industry that produces exports. And if we buy from abroad and import lots of goods from countries like China, Japan and Mexico, that’s supposed to be bad. In the words of Donald Trump, we are getting “hosed,” “ripped off,” “crushed,” and killed” by our trade partners who then laugh at us as they supposedly steal our jobs.

Here are two important points about trade that Mr. Trump and Mr. Navarro need to understand: 1) the economic gain to Americans from foreign trade is what we import from countries like China, Japan and Mexico, and 2) what we export is the cost of getting those imports. And the proper objective for a nation as Adam Smith put it, is to arrange things, so we get as large a volume of imports as possible from China, Japan and Mexico, for as small a volume of our exports as possible.

This carries over to the terminology we hear Mr. Trump and Mr. Navarro use. When they talk about a favorable balance of trade, what is that term taken to mean? It’s taken to mean that we export more than we import. But from the point of view of our economic well-being and our standard of living, that’s an unfavorable balance. That means we’re sending out more goods and getting fewer in return. Each of you in your private household would know better than that. You don’t regard it as a favorable balance when you have to send out more goods to get less coming in. It’s favorable when you can get more by sending out less.