This Confused Conspiracy Theory Gets the Agrarians All Wrong

What is the difference between fantasy and scholarship? Democracy in Chains blurs the two so extensively that one no longer knows. 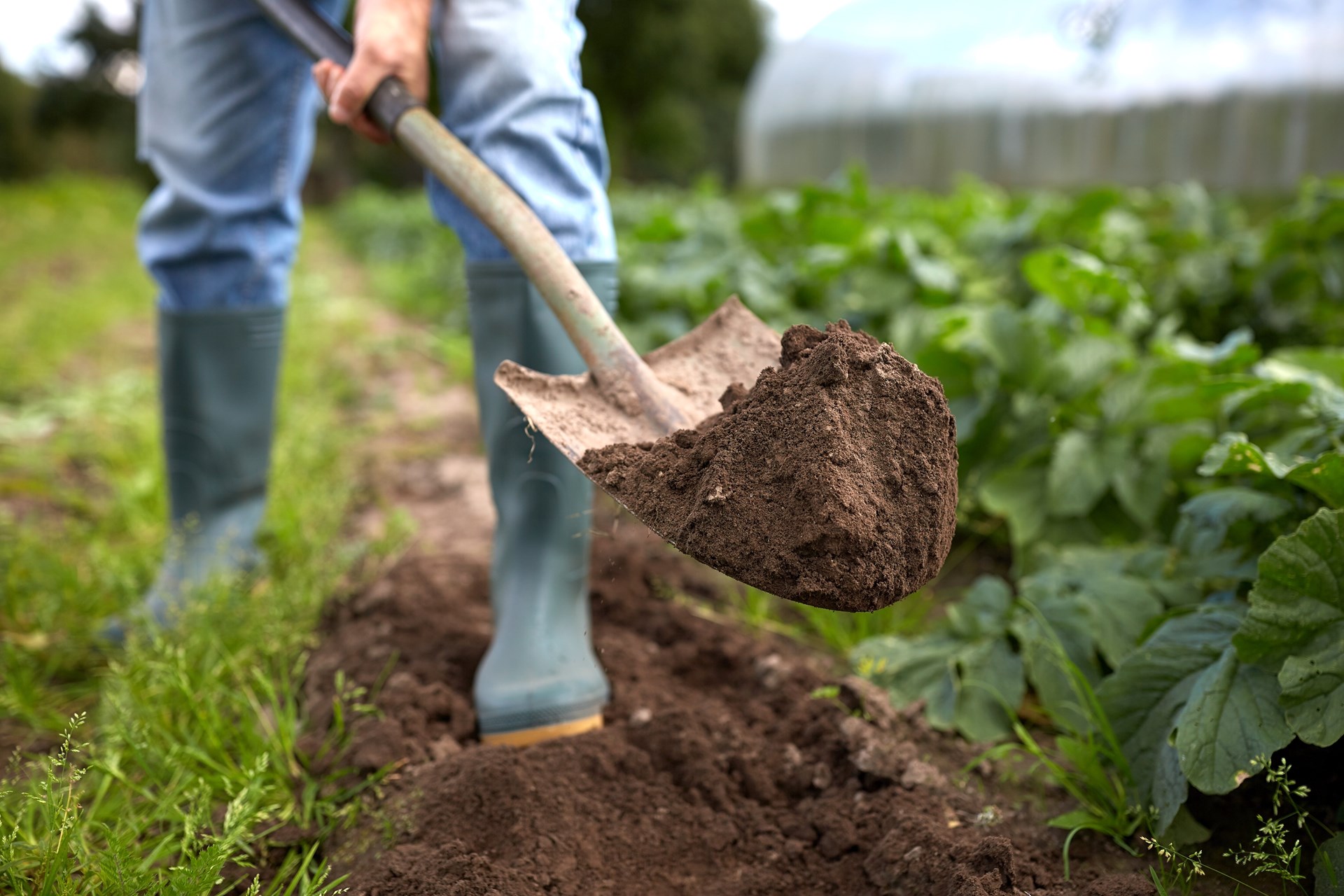 Democracy in Chains by Nancy MacLean, which has become a surprising bestseller, purports to be a study and exposé of the “radical right’s stealth plan for America.” But to anyone who knows something about the subject she covers, the book serves an unintended function. It is a study in the wild paranoia and recklessness of a fanatic academic ideologue who can’t tell shiz from shoe polish.

Ideology can cause you to see things that aren’t there. There is so much to say about this book, none that would be worth saying if not for the attention it has garnered. Turning the pages, gasping at the implausibility of the whole scenario she weaves in page after page, is jumping down the rabbit hole. You can waste days doing this, and a book-length manuscript responding to it all.

Despite being packed with footnotes and endless book references to nothing in particular that impacts her thesis, none of her main claims are documented, simply because they are a product of a wild imagination. As others have said, I have no doubt about her sincerity, but ideology can be a blinding thing.

Or rather: ideology can cause you to see things that aren’t there, as when Trotsky saw gumball machines in the New York subway as a plot by the bourgeoisie to extract surplus value and suppress the class consciousness of the workers and peasants.

Technological revanchism will always be with us.MacLean is similar in outlook. She presumes – but never actually says – that anyone who doesn’t share her aggressively leftist, quasi-socialist vision of what policy should be qualified as a bad guy in cahoots with the radical right. The rest of the details don’t matter. This leads to all kinds of silliness.

For the bete noir, she chose libertarian and pro-market economist James Buchanan, founder of the Public Choice school. In the following passage, she investigates the origin of his thought. But get this: she says his initial inspiration is from a group of writers who distinguished themselves for besting even the socialist on their loathing of the free market. True story.

“Vanderbilt [University] was also the site of a culture project that attracted James Buchanan – one that stamped his vision of the good society and the just state. The university was the home of the Southern Agrarians, the literary men who in 1930 published a manifesto for southern rural life, I’ll Take My Stand. The “Twelve Southerners,” the collective authors on the spine were mainly literary men, novelists and poets, remembered still for their call to preserve humane rural values from corruption by creeping industrialism and materialiism. But their version of those values was profoundly political...The Nashville writer who seemed most decisive in James Buchanan’s emerging intellectual system was Donald Davidson, the Agrarians’ ringleader who portrayed the growth of the federal government since the Progressive Era as a move toward “the totalitarian state” that was destroying regional folkways. It was Davidson who also named the enemy: Leviathan.”

Several problems. Buchanan didn’t actually attend Vanderbilt. There isn’t a single citation to Davidson’s influence on Buchanan in the book, most likely because no such citation exists, nor any actual evidence either.

Agrarians heralded the virtues of hoeing the ground, while blasting science with a solid dose of theocratic egalitarianism.As regards agriculture in particular, Davidson had far more in common with the “save-the-family-farm” ethos of early New Deal interventionism, whereas Buchanan was instrumental in reviving the laissez-faire theory that favored market-based technological progress away from rural dirt scratching.

And anyone can know this just by looking at the introduction to I’ll Take My Stand. And note that it was industry, more than government itself, that Agrarians considered to be “Leviathan,” contrary to what the author claims. The Public Choice school used the same word, but in a totally different way. The Agrarians were against the government because they were against everything since the Industrial Revolution itself.

It’s true that the Agrarians were an interesting bunch, almost completely forgotten today but for a handful of specialists in interwar literary culture. To get a sense of what they believed, consider some passages from the introduction to their book. Here are some tenured literary professors ensconced in academia heralding the glorious virtues of hoeing the ground, while blasting science with a solid dose of theocratic egalitarianism.

The regular act of applied science is to introduce into labor a labor-saving device or a machine. … Even the apologists of industrialism have been obliged to admit that some economic evils follow in the wake of the machines. These are such as overproduction, unemployment, and a growing inequality in the distribution of wealth….

Religion can hardly expect to flourish in an industrial society…. Nor do the arts have a proper life under industrialism, with the general decay of sensibility which attends it. Art depends, in general, like religion, on a right attitude to nature; and in particular on a free and disinterested observation of nature that occurs only in leisure. Neither the creation nor the understanding of works of art is possible in an industrial age except by some local and unlikely suspension of the industrial drive.

The amenities of life also suffer under the curse of a strictly-business or industrial civilization….The tempo of the industrial life is fast, but that is not the worst of it; it is accelerating. The ideal is not merely some set form of industrialism, with so many stable industries, but industrial progress, or an incessant extension of industrialization….

It is an inevitable consequence of industrial progress that production greatly outruns the rate of natural consumption….

It is strange, of course, that a majority of men anywhere could ever as with one mind become enamored of industrialism: a system that has so little regard for individual wants….

Opposed to the industrial society is the agrarian, which does not stand in particular need of definition…. The theory of agrarianism is that the culture of the soil is the best and most sensitive of vocations, and that therefore it should have the economic preference and enlist the maximum number of workers….

For, in conclusion, this much is clear: If a community, or a section, or a race, or an age, is groaning under industrialism, and well aware that it is an evil dispensation, it must find the way to throw it off. To think that this cannot be done is pusillanimous. And if the whole community, section, race, or age thinks it cannot be done, then it has simply lost its political genius and doomed itself to impotence.

All of the above romantic delusions are fascinating as a matter of the history of thought. This was written in 1930, and it is true that 20 years earlier many people objected when the tractor replaced the cow for plowing. It seems strange to us today, but it is true.

Technological revanchism will always be with us. And the Agrarians embodied this outlook with impressive elan.

Why again are we talking about this? Oh yes, this book is out which alleges some relationship between the above and the political economy of James Buchanan, on grounds of..oh there simply are no grounds. It is, so far as anyone can tell, entirely made up. And you can know this using the simplest mental process of noting that Luddite resentment against industry and free-market economic theory inhabit opposite poles of opinion.

What is the difference between fantasy and scholarship? Democracy in Chains blurs the two so extensively that one no longer knows.How could Nancy MacLean have made this error? It appears that she decided that the Agrarians are “right wing,” and so too is James Buchanan “right wing,” and so therefore there must be some connection between the two. If you can’t see it, your consciousness has not been raised as high as hers.

What’s strange in this case in particular is that the Agrarian school has much in common with her own outlook: the resentment against market forces, the fear of a market-driven future, a suspicion of technology, a belief that some nefarious conspiracy is everywhere present in economic processes. Even so, I’m not about to write a book alleging some malign Agrarian influence on the social democratic thought of Nancy MacLean, though by use of her methodology, I probably could.

What is the difference between fantasy and scholarship? Democracy in Chains blurs the two so extensively that one no longer knows. And if you point that out, you too are part of the conspiracy.