The Two Party Crackup Could Be Upon Us

The major candidates are weak. The parties are divided. Now is the time to break the monopoly. 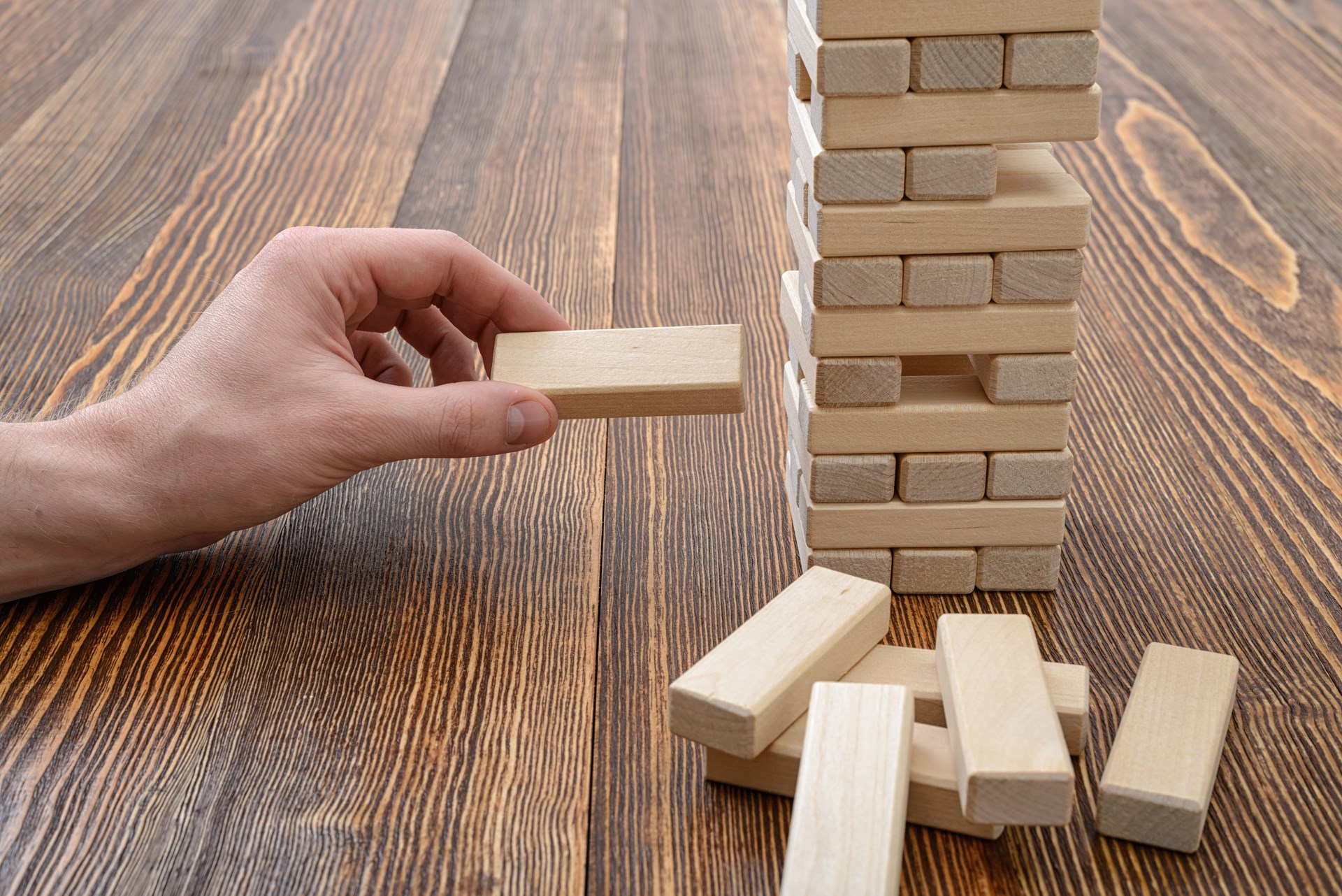 Imagine living in a world where there are only two choices. Chocolate or vanilla. Hot or cold. Light or darkness. There are no in-betweens. No “shades of gray.” You must explain everything as a “yes or no” dichotomy. On or off. False or true. This binary reality leaves little room for human diversity or creativity – yet it is in this exact reality we find ourselves trapped with the US political system.

The parties are divided and their candidates are weak.It all starts with a sociological phenomenon created due to our political election process. First Past the Post means that in our elections, winner takes all and the loser gets nothing. We are told that if we do not vote for one of the two major parties, our vote is wasted. (I mathematically analyzed this myth in a previous article.)

The concept that underlies the two party phenomenon is not only mathematical in principle, it is sociological. Duverger’s law assumes that people faced with more than two choices in a First Past the Post election will vote against the most radical or undesired opponent, instead of for the candidate they most desire. This demonstrates what is called a “negative” vote – it could be more precisely described as a vote made out of fear of the worst candidate.

Another principle of Duverger’s law is that it filters out “weaker” parties in that people will not vote for a party that has no chance of winning. This weakness is only psychologically defined; a party could appear weaker simply due to less publicity. Certainly a third party could have better ideas than the main two – but if the ideas are not heard, then no one can know about them. The purely cognitive illusion that there are only two “worthy” parties is perpetuated by lack of media coverage and the false appeal to common practice that it’s the “way things always have been done.”

The simple truth is, Duverger’s law depends on the psychological basis of fear and ignorance. Without these factors in society, the mathematical differences would disappear.

The Two Major Parties are Weak

People only think of politics as “right” or “left” because this is all they have ever known.At this point, the two major candidates for election, Donald Trump and Hillary Clinton, have historically high negative numbers. In fact, the two frontrunners have the highest unfavorable ratings since those numbers have been tracked: Trump is net negative 33, and Clinton negative 21.

More voters see these candidates in an unfavorable light than a favorable one. This would be a perfect time for the rise of a third party, even according to Duverger’s law. It only takes a cursory look at the news to see the large anti-Trump movement among major Republicans as well as the staunch Sanders wing of the Democratic party. The parties are divided and their candidates are weak, as shown by the polls above.

The Electorate Is Polarized

If you have the feeling that in the last decade partisan politics has become more extreme and vitriolic you’d be correct – Pew research has been tracking this phenomenon. Both the extremity of Democratic and Republican views have increased, as well as dislike and intolerance for the “other” party. At this point, 92% of Republicans are to the right of the median Democrat, and 94% of Democrats are to the left of the median Republican.

There are double the amount of pure liberals and conservatives than a decade ago, and the fear of the opposing party has doubled as well. Twice as many people think that the alternate party threatens the “nation’s well-being.”

If people could overcome the fear of the “worst” candidate and voted for what they believed in, the facade would begin to crumble.This polarization affects people’s choices of where to live, shop, and travel, and even goes to the extent of opposition to a family member marrying someone of the opposing party. The Pew study also shows that those on the extreme ends of the spectrum are the most politically active – writing letters, posting on social media, travelling to political events (though this is hardly surprising.) The effect of this of course is that these parties are represented more by their extreme elements.

This polarization also results in one-dimensional thinking. People only think of politics as “right” or “left” because this is all they have ever known. As humans, are we only one-dimensional? Aren’t there more ways to look at solving the problems of a nation than just left and right?

Most of us are trapped in this one-dimensional illusory world, like a train stuck on a single track. The mere idea that we could travel in a completely different direction is a foreign concept. Even a middle-school student can tell you that we live in a world with three dimensions, that we can travel in an infinite variety of paths. Yet we find ourselves confined to this oversimplified model of reality that goes counter to our interests and only allows us choices that leave most dissatisfied.

Majority in the Middle

Another effect of this polarization is that moderate Americans find themselves in the middle of this extremism. Most voters do not view the other party as a threat to the nation and are not 100% liberal or conservative in their views. There are actually more people in the middle, yet they find themselves forced to choose to side with one extreme or the other. In 2014, the “mixed” electorate (holding views from both sides) was 39%.

There are less of them now, due to extremism, yet this 39% in the middle is enough to completely take over an election, if they only had a different option to choose from. Unfortunately, the Pew data also shows that the people in the middle are less likely to vote and participate in the election process. Duverger’s law is working here because these moderates do not know that they are a huge bloc that could elect a moderate candidate with ease.

We live in the age of new media – a social movement can begin online without the backing of a major television or news network.As we have seen, voting tendencies in our system are predicated on fear of a radical candidate as well as ignorance of third party platforms or even their existence. This is the one-dimensional illusion we live in. If we continue to be more polarized, more and more of the electorate will hate the other half.

If nothing stops this progress, those in the middle will be forced to choose a side as the tolerance for opposing views decreases. Others could stand up and speak and become a driving force pulling opinions back toward some sense of centrism – or even better, they could propose ideas outside of the traditional “left vs. right” paradigm.

The truth is, if people could overcome the fear of the “worst” candidate and voted for what they believed in, the facade would begin to crumble. If the media and others covered third parties more, unaligned voters – for example, people who believe in peace and freedom – would have a new incentive to participate and give a positive vote.

Fortunately, we now live in the age of new media – a social movement can begin online without the backing of a major television or news network. This election is the most opportune time for this to happen given the record negative views of both candidates. Thus it behooves the unaligned voter to find her or his voice in this election. If these voters together decided that “enough is enough” and realized that they are actually the most powerful voting bloc, they could simply say “no” to the two major parties – and nothing could stop them.

Stephen Weese has an undergraduate degree in Computer Science from George Mason University, and a Masters in Computer Information Technology from Regis University. Stephen teaches college Math and Computer courses. He is also a speaker, a film and voice actor, a nutrition coach.