Ideological Extremism Is on the Rise. Is there Room for Non-Partisans?

For those of us that are in the center or libertarian, it means the chance is strong that we will be labeled as the enemy. 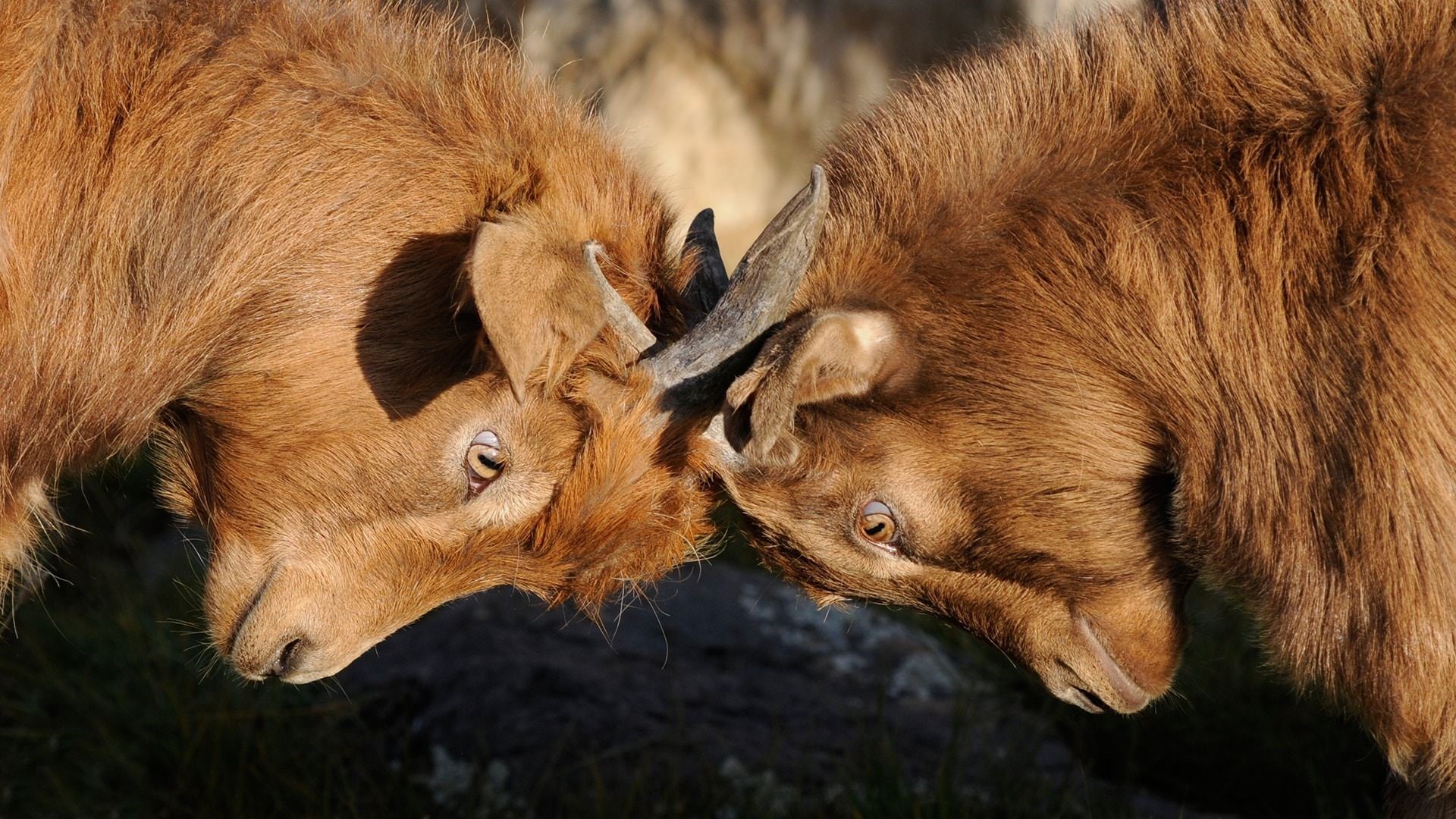 The U.S. is rapidly splitting into two political extremes. Each side sees the other as the enemy in a potential upcoming war, leaving those in the middle wondering if they will be forced to choose a side. If one side wins, will it seek to eliminate the other point of view?

We are in the second year of the Trump administration. The president, honestly, seems childish and inflammatory with his continued Twitter tirades. The question remains as to whether there was collusion with Russia to tip the election in his favor, and let’s not forget the recent conviction of Paul Manafort, Trump’s former campaign manager. Trump defenders bemoan the constant negative headlines by the major news outlets while liberals gasp in disbelief at the conservative media’s continued cheerleading.

This is a symptom of our condition. It is now very difficult to find reliable, unbiased information about anything going on politically in the United States at the moment because of the extreme polarization between conservative and liberal. Nearly everyone, it seems, has taken a side.

Ever since Trump’s election, CNN’s website has been a wall of anti-Trump news every day. Fox News has been championing Trump in all but his most egregious mistakes—and even those they try to minimize. Large tech corporations such as Facebook and Google that handle vast amounts of internet data have a clear bias to the left and seem to be stifling some right-wing views. Even Twitter seems to have a double standard toward its filtering or “censoring” policy. Yet, people I talk with from both parties insist that the media sites they prefer are just telling “the truth” and all the other sites are the ones that are biased.

As I have mentioned in a previous article, tensions between conservatives and liberals are at an all-time high. Hostility has escalated to a point where the number of people who view the other party as “highly negative” has more than doubled in the last twenty years.

There are movements in the college system and in other public forums to stop conservative viewpoints from being heard. Violent protests break out even for some moderately conservative speakers—in effect, reducing college campuses to having only a liberal point of view—hostile to students, speakers, and faculty who might be conservative. Even President Obama has weighed in on this issue,

I don't want you to think that a display of your strength is simply shutting other people up, and that part of your ability to bring about change is going to be by engagement and understanding the viewpoints and the arguments of the other side.

In the past, I found that liberals were more tolerant and loving. I could always go to them when I needed some compassion. These days, though, most liberals I talk to are of the “you’re either with us or against us” mentality. For those of us that are in the center or libertarian, it means the chance is strong that we will be labeled as the enemy.

I have also seen an aggressive movement toward the practice and encouragement of violence against those that are conservative. This is justified by the continued labeling of anyone Republican and conservative as racist, sexist, and homophobic. It has become a continual chant to shut the other side up. If a conservative wants to cut welfare or eliminate waste in the program, they “hate the poor” and, by extension, minorities and are therefore racist. If a person, in exercising religious freedom, does not think homosexuality is a lifestyle that is correct for people of his or her faith, they are “homophobic.”

Could there come a day when I’m forced to pick sides, red or blue, and if I don’t pick blue, I’ll be subjected to violence?

It goes even further—now conservatives are all Nazis to some. Of course, since Nazis are the worst kind of people that we can imagine, violence is perfectly acceptable against them. An entire internet movement was spawned by people trying to justify punching “Nazis” in the face in public. No other solution was reasonable anymore—you couldn’t simply use your free speech against them, or fund alternate organizations, or use the political process, or write convincing and reasonable articles—the time had now come for violence. Even some of my otherwise most compassionate and loving friends believe this, and it frightens me. Could there come a day when I’m forced to pick sides, red or blue, and if I don’t pick blue, I’ll be punched or subjected to violence?

The conservative response to continually being demonized as racist, sexist, and homophobic is usually to leave the debate. To be fair, a problem with the Republican party is that they have not strongly acted to purge these kinds of members from their group. There are indeed racists and bigots that are conservative, and it’s easier to rationalize your racism behind a Republican veil—and some are openly racist and don’t even try to.

“When asked how they feel about talking politics, every single conservative respondent raised the issue of being called racist.”

A good example is the resistance to the removal of many of the Confederate monuments in the South. While it’s true that the Civil War was a complex event with many causes, it’s impossible to separate it from the issue of slavery. Venerating those who fought for the preservation of slavery, something we have completely rejected as a culture, rightly seems abhorrent to many people. While we as a society value free speech, Republicans have a duty to come out strongly against those who are racist and hide that racism behind a veil of historical or national pride.

Trump’s weak stance on “free speech” at the protests did little to help the party. It is my considered opinion, however, that the majority of conservatives are not racist. Many intellectually value certain policies over others for responsible reasons and are becoming thoroughly disgusted with the situation where they are continually silenced by being called a racist or a bigot. According to a Tufts University study,

...conservatives are more fearful than liberals of discussing politics with people with whom they disagree, because they dread being called a bigot. “When asked how they feel about talking politics,” the researchers noted, “every single conservative respondent raised the issue of being called racist.” Liberals expressed no comparable fear. (emphasis added)

Another unfortunate result of the polarization is that each side is more and more motivated to use the government to force the other side to comply with its worldview. “They won’t be reasonable?” They say, “Then we will make it a law.” For years Republicans have tried to force their morality on the public by trying to completely outlaw abortion, without acknowledging that some people in the country simply don’t believe that they are taking a life. There are still laws on the books punishing any kind of divorce, and though the public and modern science are both comfortable with legalizing marijuana, Republicans still fight against its use as if it were the 1930s with Reefer Madness.

Partisans ascribe these negative characteristics to the opposing party, never seeing that they themselves could be the oppressors.

Unfortunately, Democrats now are working on passing more laws that punish free speech and the having of religious beliefs, in an attempt to make it illegal to have anything other than the liberal point of view about how to behave in society. They are using public intimidation to suppress other ideas in the name of not offending anyone.

This is more and more looking like a war that each side is trying to “win.” There is no longer America, the United States, as we used to be. It’s becoming Blue vs. Red, us vs. them, and a fight for the survival of beliefs. Unfortunately, this fight is the very contradiction of what America is about: the freedom of speech, the freedom of different ideals, the freedom to believe or not believe in religion. If either side wins this war, trends indicate that they will force us all to bow to their ideology, and all of America will have lost.

Controlling speech, enforcing or suppressing religious beliefs, creating laws that benefit “your side”: these are things that have already been done by the parties with limited power. Imagine a nation where only one viewpoint stands victorious with unfettered might.

“Every record has been destroyed or falsified, every book rewritten, every picture has been repainted, every statue and street building has been renamed, every date has been altered. And the process is continuing day by day and minute by minute. History has stopped. Nothing exists except an endless present in which the Party is always right.” – Orwell, 1984

That sad truth is that when Orwell is mentioned in this context, partisans always ascribe these negative characteristics to the opposing party, never seeing that they themselves could potentially be the oppressors.

Cooler Heads May Yet Prevail

“The purpose of that kind of free speech is to make sure that we are forced to use argument and reason and words in making our democracy work. And, you know, you don’t have to be fearful of somebody spouting bad ideas. Just out-argue them. Beat ’em. Make the case as to why they’re wrong. Win over adherents. That’s how things work in a democracy.” – Barack Obama

The solution to this problem is to stop seeing those who disagree with us as the enemy. Simply put: wake up to the possibility that you’re not right about everything. Your party is not part of an epic glorious crusade against the forces of evil—both sides contain good and evil. It’s not a movie or a novel, and this is not a war, yet. We can stop it from becoming one if we simply start being reasonable, put aside our emotions and our prejudices, and come together and learn and listen to each other. And, by the way, a little love and compassion wouldn’t hurt either.

Stephen Weese has an undergraduate degree in Computer Science from George Mason University, and a Masters in Computer Information Technology from Regis University. Stephen teaches college Math and Computer courses. He is also a speaker, a film and voice actor, a nutrition coach.