The Social Value of Manners

They are the mark of a healthy and free society. 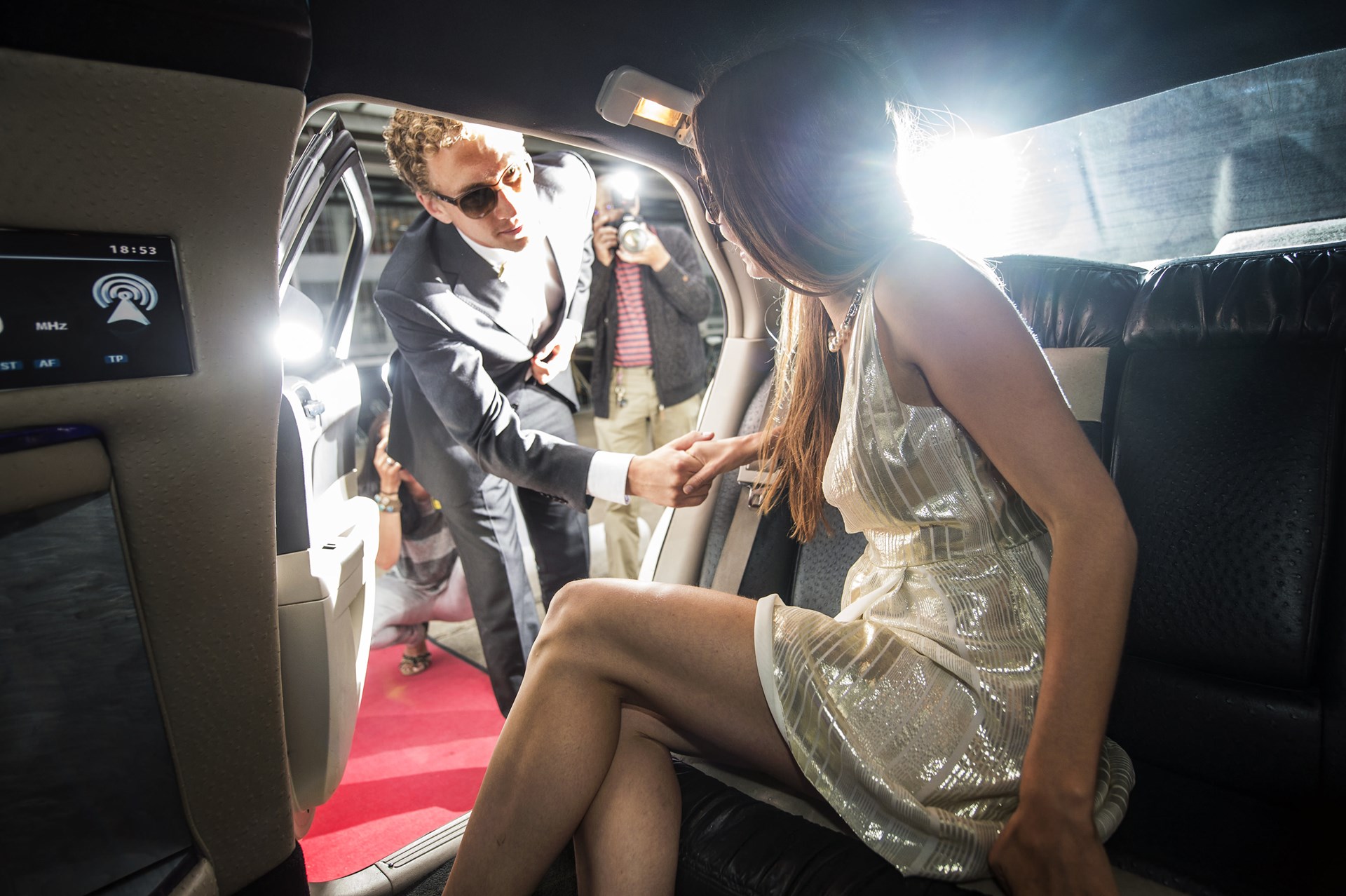 In primitive societies religion, morals, law, customs, manners exist as an undifferentiated whole. We cannot say with confidence which came first. They came together. It is only in comparatively modern times that they have become clearly differentiated from each other; and as they have done so, they have developed different traditions.

Nowhere is this difference in tradition more striking than in that between religious ethics and manners. Too often moral codes, especially those still largely attached to religious roots, are ascetic and grim. Codes of manners, on the other hand, usually require us to be at least outwardly cheerful, agreeable, gracious, convivial—in short, a contagious source of cheer to others.

So far, in some respects, has the gap between the two traditions widened, that a frequent theme of plays and novels in the eighteenth and nineteenth centuries and even today is the contrast between the rough diamond, the crude proletarian or peasant with inflexible honesty and a heart of gold, and the suave, polished lady or gentleman with perfect manners but completely amoral and with a heart of ice.

The overemphasis on this contrast has been unfortunate. It has prevented most writers on ethics from recognizing that both manners and morals rest on the same underlying principle. That principle is sympathy, kindness, consideration for others.

Manners are to morals as the final sandpapering, rubbing, and polishing on a fine piece of furniture are to the selection of the wood, the sawing, chiseling, and fitting.It is true that a part of any code of manners is merely conventional and arbitrary, like knowing which fork to use for the salad, but the heart of every code of manners lies much deeper. Manners developed, not to make life more complicated and awkward (though elaborately ceremonial manners do), but to make it in the long-run smoother and simpler—a dance, and not a series of bumps and jolts. The extent to which it does this is the test of any code of manners.

Manners are minor morals. Manners are to morals as the final sandpapering, rubbing, and polishing on a fine piece of furniture are to the selection of the wood, the sawing, chiseling, and fitting. They are the finishing touch.

Emerson is one of the few modern writers who have explicitly recognized the ethical basis of manners. “Good manners,” he wrote, “are made up of petty sacrifices.”

Let us pursue this aspect of manners a little further. Manners, as we have seen, consist in consideration for others. They consist in deferring to others. One tries to deal with others with unfailing courtesy. One tries constantly to spare the feelings of others.

Codes of manners, in fact, have set up an elaborate, unwritten, but well understood order of precedence, which serves in the realm of politeness like the traffic rules we considered in the preceding chapter.

This order of precedence is, in fact, a set of “traffic rules” symbolized in the decision concerning who goes first through a doorway. The gentleman yields to the lady; the younger yields to the older; the able-bodied yield to the ill or the crippled; the host yields to the guest. Sometimes these categories are mixed, or other considerations prevail, and then the rule becomes unclear. But the unwritten code of rules laid down by good manners in the long run saves time rather than consumes it, and tends to take the minor jolts and irritations out of life.

The truth of this is most likely to be recognized whenever manners deteriorate. “My generation of radicals and breakers-down,” wrote Scott Fitzgerald to his daughter, “never found anything to take the place of the old virtues of work and courage and the old graces of courtesy and politeness.”

The Case for Ceremony

To recognize the truth of this, we have only to imagine how bare and empty life would seem to many without marriage ceremonies, funeral ceremonies, christenings, and Sunday church services. This is the great appeal of religion to many who give a very tepid credence to the dogmas on which their religion is ostensibly founded.

In the ethics of Confucius manners play a major role, as they should. I do not know of any modern philosopher who has deliberately sought to base his ethical system on a widening and idealization of the traditional code of manners, but the effort would probably prove instructive, and prima facie less foolish than one rooted in some idealization of asceticism and self-abasement.

I have said that manners are minor ethics. But in another sense they are major ethics, because they are, in fact, the ethics of everyday life. Every day and almost every hour of our lives, those of us who are not hermits or anchorites have an opportunity to practice the minor ethics of good manners, of kindness toward and consideration for others in little things, of petty sacrifices. It is only on great and rare occasions of life that most of us have either the need or the opportunity to practice what I may call Heroic Ethics.

The rules of morality, and the rules of good manners, can and should be harmonized with each other.Yet most ethical writers seem to be almost exclusively concerned with heroic ethics, with Nobility, Magnanimity, All-Embracing Love, Saintliness, Self-Sacrifice. And they despise any effort to frame or to find the rules or even to seek the rationale behind the workaday ethics for the masses of humanity.

We need to be more concerned with everyday morality and relatively less with crisis morality. If ethical treatises were more concerned with everyday morality they would stress far more than they do the importance of good manners, of politeness, of consideration for others in little things (a habit which must carry over into larger things). They would praise the day-to-day social cooperation that consists in doing one’s own job conscientiously, efficiently, and cheerfully.

Most writers on ethics, however, still contrast manners and morals rather than treat them as complementary. There is no more frequent character in modern fiction than the man or woman with suave and polished manners and all the outward show of politeness but completely cold, calculating, selfish and even sometimes fiendish at heart. Such characters exist, but they are the exception, not the rule. They are less frequently found than their opposites—the upright, honest, and even kindhearted person who is often unintentionally blunt or even rude, and “rubs people the wrong way.” The existence of both classes of persons is in part the result of the existence in separate compartments of the tradition of morals and the tradition of good breeding.

Moralists have too often tended to treat etiquette as of no particular importance, or even as irrelevant to morals. The code of good breeding, especially the code of the “gentleman,” was for a long period largely a class code. The “gentleman’s” code applied mainly to his relations with other gentlemen, not with his “inferiors.” He paid his “debts of honor,” for example—his gambling debts—but not his debts to poor tradesmen. Notwithstanding the special and far from trivial duties sometimes imposed by noblesse oblige, the code of good breeding, as it existed in the eighteenth and nineteenth centuries, did not necessarily exclude a sometimes cruel snobbery.

It is sometimes supposed that the two codes dictate different actions. The traditional code of ethics is thought to teach that one should always tell the exact and literal truth. The tradition of good breeding, on the other hand, puts its emphasis on sparing the feelings of others, and even on pleasing them at the cost of the exact truth.

A typical example concerns the tradition of what you say to your host and hostess on leaving a dinner party. You congratulate them, say, on a wonderful dinner, and add that you do not know when you have had a more enjoyable evening. The exact and literal truth may be that the dinner was mediocre, or worse, and that the evening was only moderately enjoyable or a downright bore. Nevertheless, provided your exaggerations and protestations of pleasure are not so awkward or extreme that they sound insincere or ironic, the course you have taken is in accord with the dictates of morality no less than with those of etiquette.

Nothing is gained by hurting other people’s feelings, not to speak of arousing ill-will against yourself, to no purpose. Technically, you may have told an untruth. But as your parting remarks are the accepted, conventional and expected thing, they are not a lie. Your host and hostess, moreover, have not really been deceived; they know that your praise and thanks are in accordance with a conventional and practically universal code, and they have no doubt taken your words at the appropriate discount.

The same considerations apply to all the polite forms of correspondence—the dear-sir’s, the yours-truly’s, and yours-sincerely’s, and even, until not so long ago, the your-humble-servant’s. It is centuries since these forms were taken seriously and literally. But their omission would be a deliberate and unnecessary rudeness, frowned upon alike by the codes both of manners and morals.

The Adaptability of Manners

A rational morality also recognizes that there are exceptions to the principle that one should always tell the full literal and exact truth. Should a plain girl be told that, because of her plainness, she is unlikely to find a husband? Should a pregnant mother be told at once that her eldest child has been killed in an accident? Should a man who may not know it be told that he is hopelessly dying of cancer?

There are occasions when it may be necessary to utter such truths; there are occasions when they may and should be withheld or concealed. The rule of truth-telling, on utilitist grounds alone, is rightly considered one of the most rigid and inflexible of all the rules of morality. The exceptions to it should be rare and very narrowly defined. But nearly every moralist but Kant has admitted that there are such exceptions. What these are, and how the rules should be drawn that govern the exceptions, does not need to be considered in detail here. We need merely take note that the rules of morality, and the rules of good manners, can and should be harmonized with each other.

No one in modern times has more clearly recognized the importance of manners than Edmund Burke:

Manners are of more importance than laws. Upon them, in great measure, the laws depend. The law touches us but here and there, and now and then. Manners are what vex or soothe, corrupt or purify, exalt or debase, barbarize or refine us, by a constant, steady, uniform, insensible operation, like that of the air we breathe in. They give their whole form and color to our lives. According to their quality, they aid morals, they supply them, or they totally destroy them.

This is Chapter of 11 of Hazlitt's Foundations of Morality