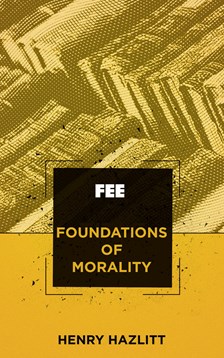 In this impressive work Henry Hazlitt explores the proper foundation of morality, offering a unified theory of laws, morals, and manners. In writing this book, Hazlitt is reviving an 18th and 19th century tradition in which economists wrote not only about strictly economic issues but also on the relationship between economics and the good of society in general. He favors an ethic that seeks the long run general happiness and flourishing of all. Action, institutions, rules, principles, customs, ideals, and all the rest stand or fall according to the test of whether they permit people to live together peaceably to their mutual advantage. Noted economist Leland Yeager, in his foreword to this edition, says that The Foundations of Morality “provides . . . the soundest philosophical basis for the humane society that is the ideal of classical liberals.”