The 'Janus' Decision Is a Victory Decades in the Making

We will be celebrating this victory for many years to come. 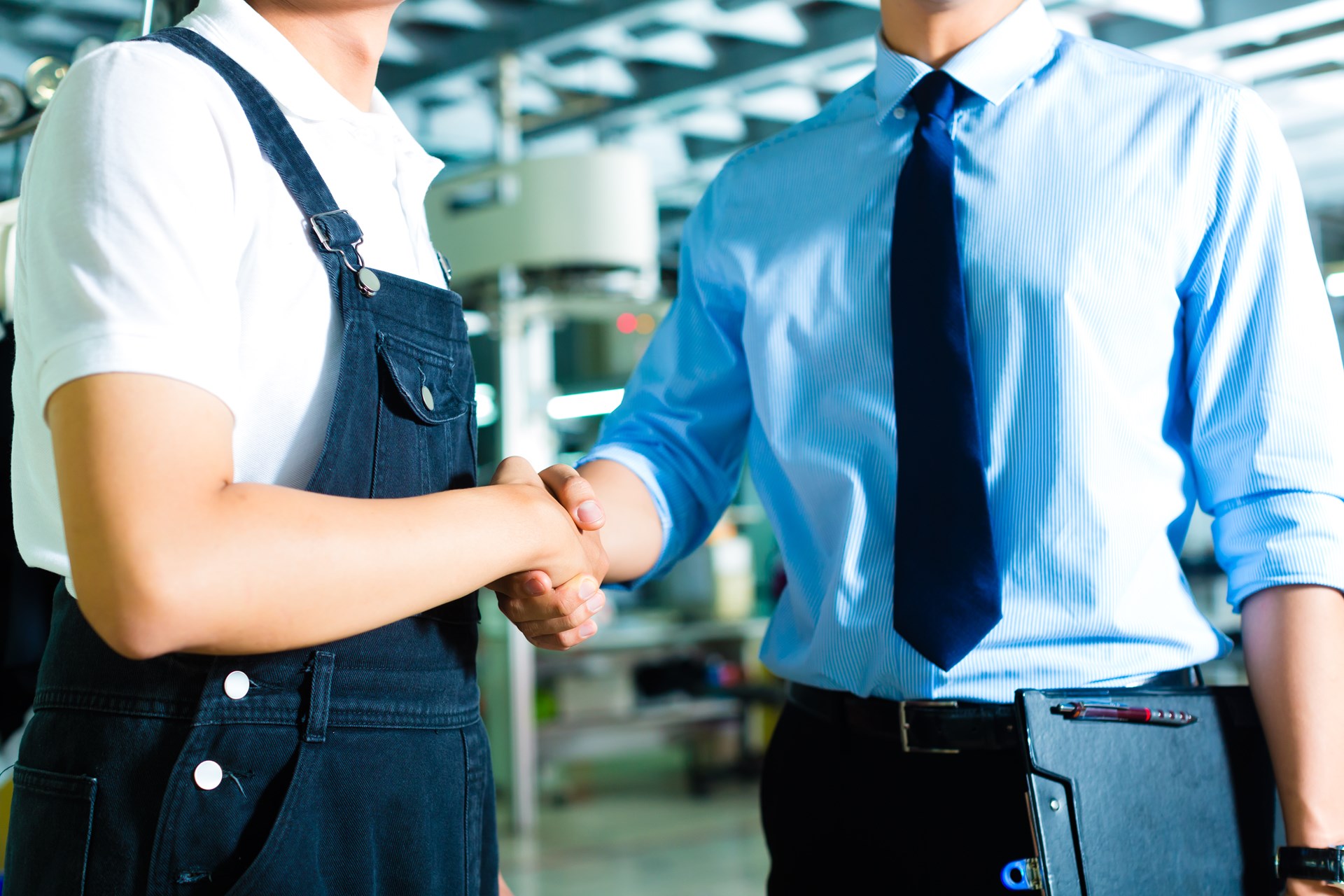 The right-to-work movement has cause for celebration, as last week’s landmark decision by the Supreme Court has ushered in a new era of freedom of association, signaling the end of an era of union intimidation. In a 5-4 decision, SCOTUS ruled in favor of the plaintiff, Mark Janus, in the case of Janus v. American Federation of State, County and Municipal Employees (AFSCME).

Janus, who is a child support specialist at the Illinois Department of Healthcare and Family Services, was actually not the original filer of the suit, even though it bears his name. The original filer was the Republican governor of Illinois, Bruce Rauner, who hoped it would eventually reach the Supreme Court.

At the heart of this case rests the question of whether or not government employees can be forced to pay agency fees to unions of which they are not members.

The state of Illinois has a long, unpleasant history with labor unions. It even provided the backdrop for the violent Haymarket Riot that erupted at the height of the labor movement in 1886. It is all too appropriate, then, that this case was originally brought forth by Illinoisans. After Rauner made the initial filing, Janus, along with two other government workers, joined the case.

At the heart of this case rests the question of whether or not government employees can be forced to pay agency fees to unions of which they are not members. Prior to this ruling, the courts had dictated that while state employees could not be forced to join unions, they could be forced to pay the union agency fees. It was argued that since collective bargaining is done on behalf of all workers, regardless of their union membership status, it was unfair to let non-members get a “free ride.” As is the norm, terms like “fair share” were thrown around to demonize those who resented these fees.

In the case of Mark Janus specifically, he was fed up with having $45 forcibly taken out of his monthly paycheck and given to AFSCME. Not only was he paying for a service he did not want, but AFSCME was also giving a healthy portion of its funds to political causes of which Janus stood morally opposed. This, as SCOTUS recently ruled, is a clear violation of the First Amendment right to free speech. You cannot force someone to fund something they do not agree with. As Thomas Jefferson said, “to compel a man to furnish contributions of money for the propagation of opinions which he disbelieves and abhors, is sinful and tyrannical…” To make matters worse, no one told Janus about these fees when he was hired.

Commenting on this fact, Janus said:

“When I was hired by the state of Illinois, no one asked if I wanted a union to represent me. I only found out the union was involved when money for the union started coming out of my paychecks.”

Unfortunately, prior to the recent ruling, SCOTUS has ruled that while government workers could not be compelled to join labor unions, they could be forced to pay agency fees. In fact, this is a long-standing fight that dates back to Great Depression.

The Rise of Labor Unions

While the first labor union in the United States dates back to the 1880s, it wasn’t until the Great Depression that unions began to gain real political power.

Even though the labor movement has become associated with violence and compulsion, prior to the crash of 1929, government workers were free to either join a union or not join. However, all this changed in 1935 when President Franklin Delano Roosevelt signed the National Labor Relations Act or the Wagner Act as it is more often referred to, into law.

The Wagner Act essentially said that if a majority of workers in a given sector made the decision to unionize, all workers would be forced to join those unions. But it didn’t just make membership, and thus dues, mandatory, it also gave the unions unprecedented power by instituting the National Labor Relations Board. And this power was ultimately used to allow acts of violence at the hands of union members.

As explained by economist Hans Sennholz:

The law revolutionized American Labor relations. It took disputes out of the courts of law and brought them under a newly created Federal agency, the National Labor Relations Board, which became prosecutor, judge, and jury, all in one. Labor union sympathizers on the Board further perverted this law, which already afforded legal immunities and privileges to labor unions. The U.S. thereby abandoned a great achievement of Western civilization, equality under the law.”

If the unions had their own court in which all disputes were to be handled, they were essentially given carte blanche. This is as foolish as allowing governments to investigate themselves in instances of wrongdoing.

Furthermore, the Wagner Act gave labor unions a degree of legal insulation afforded to no other group in society. The Act made labor unions immune to claims of vicarious responsibility. In plain English, that means that labor unions are not legally responsible for any violence their members might commit, even if union officials themselves order the violence.”

And aside from the egregious acts of violence that occurred during this era, collective bargaining is also a slap in the face of economic logic. Employees are compensated for the individual value they bring to the table. But speaking for the group as a collective fosters an environment of mediocrity. If a worker knows that he is going to be compensated as much as the hardest worker in an industry, regardless of performance, there is no incentive for quality work. Likewise, if the hardest worker sees that his efforts are essentially ignored, while those who put forth less effort are compensated the same, that worker may also stop trying so hard. It seems odd for unions to complain about “free riders” when the mere act of collective bargaining allows others to benefit off of others without putting in the work.

While the first labor union in the United States dates back to the 1880s, it wasn’t until the Great Depression that unions began to gain real political power.

Prices, and thus, compensation for employees, are set naturally through market demand, whether that be demand for a good or demand for a skilled employee. By disregarding this organic process through collective bargaining, you do harm to the economy, which is exactly what happened with the Wagner Act.

Prior to the Wagner Act being passed and eventually upheld by the SCOTUS, the economy had actually started to recover and employment was up. Unfortunately, in the months that followed the Supreme Court's 5-4 decision to uphold the Wagner Act, the economy tanked yet again and unemployment rates fell back to the levels they had seen at the beginning of the Great Depression. And while there were some victories for the right to work movement between Wagner and Janus, much of the former was still very much intact until last week. Of course, the one ray of light in the midst of this union mess was the Taft-Hartley Act, which set the stage for the Janus ruling 71 years prior by abolishing the requirement that government workers must join a union to stay employed.

Taft-Hartley: The Beginning of Right-to-Work

To call Taft-Hartley a victory for the right-to-work movement might be a stretch since it didn’t abolish the mandatory agency fees. It did, however, open the floodgates and provide a path for the states to pass their own right-to-work legislation. The Labor Management Relations Act of 1947, otherwise known as Taft-Hartley went into effect in the same year and sought to restrict some of the power given to the labor unions by the Wagner Act.

Specifically, Section 164 of the law gave each state the right to pass laws that prohibited collusion between employers and unions by making it illegal to compel government workers to join. Within a year of the legislation passing, 12 states had already crafted their own right to work laws, demonstrating its popularity. Currently, right to work legislation has been adopted by 28 states.

Taft-Hartley opened the floodgates and provided a path for the states to pass their own right-to-work legislation.

However, since it was argued that non-members were still benefiting from the collective bargaining powers granted to union representatives, the act still gave employers the power to force all its workers to pay the agency fees. This means that even workers who were morally or otherwise opposed to the unions and their corresponding political platforms were still forced to pay for them. And while unions like to say that this was only “fair” since workers were still receiving whatever pay was negotiated on their behalf, the non-members were not asking for this service, even though they were forced into funding it.

To make matters worse, since many unions relied on political favors in order to stay in power, it was common for union funds to go towards supporting certain political candidates, Democratic candidates to be exact. Imagine how angry you would be if your employer forced you to fund your political opposition? And while workers are free to leave their jobs at any time, many were trained in specific sectors, heavily regulated by labor unions. To go to another employer would simply mean you were forced to pay the union dues by someone else.

Unfortunately, as was brought up in the Janus case, forcing employees to pay dues that it then used to fund political campaigns is a violation of free speech. As the new SCOTUS decision states, government employees cannot be compelled by unions to “subsidize the speech of other private speakers.”

States and public-sector unions may no longer extract agency fees from nonconsenting employees. This procedure violates the First Amendment and cannot continue.”

FEE’s president, Lawrence Reed, helped sow the early seeds for the Janus ruling when, as president of the Mackinac Center for Public Policy in 1988, he committed the organization to promoting a wide range of labor reforms in the Wolverine State. At that time, Michigan was perhaps the toughest union state to even envision as a site for free market labor reform. The Mackinac Center’s work in the subsequent 25 years provided a model for advancing the principle of freedom of choice in labor representation and was a decisive factor in that state enacting right-to-work in 2012.

On the day of the Janus decision, the Cato Institute’s Caleb O. Brown host of the Cato Daily Podcast wrote to Reed, saying:

“I just wanted to take a moment to send a quick appreciation for the work you did building Mackinac and especially for putting your ethical DNA into the organization. Today’s Janus decision is a powerful testament to that work. I am confident that everyone in our movement knows we wouldn’t be here without Mackinac and its esteemed first president.”

“We should not underestimate what a clear and decisive victory Janus is for worker rights and freedom,” Reed says. “Many people in endless ways worked so hard for so long for a decision like this. We will be celebrating it for many decades to come.”