The Industrial Revolution Was Dirty, but Pre-Industrial Europe Was Worse

Contemporary evidence clearly shows that the lives of many Western Europeans before industrialization were, at least by today’s standards, deeply unpleasant. 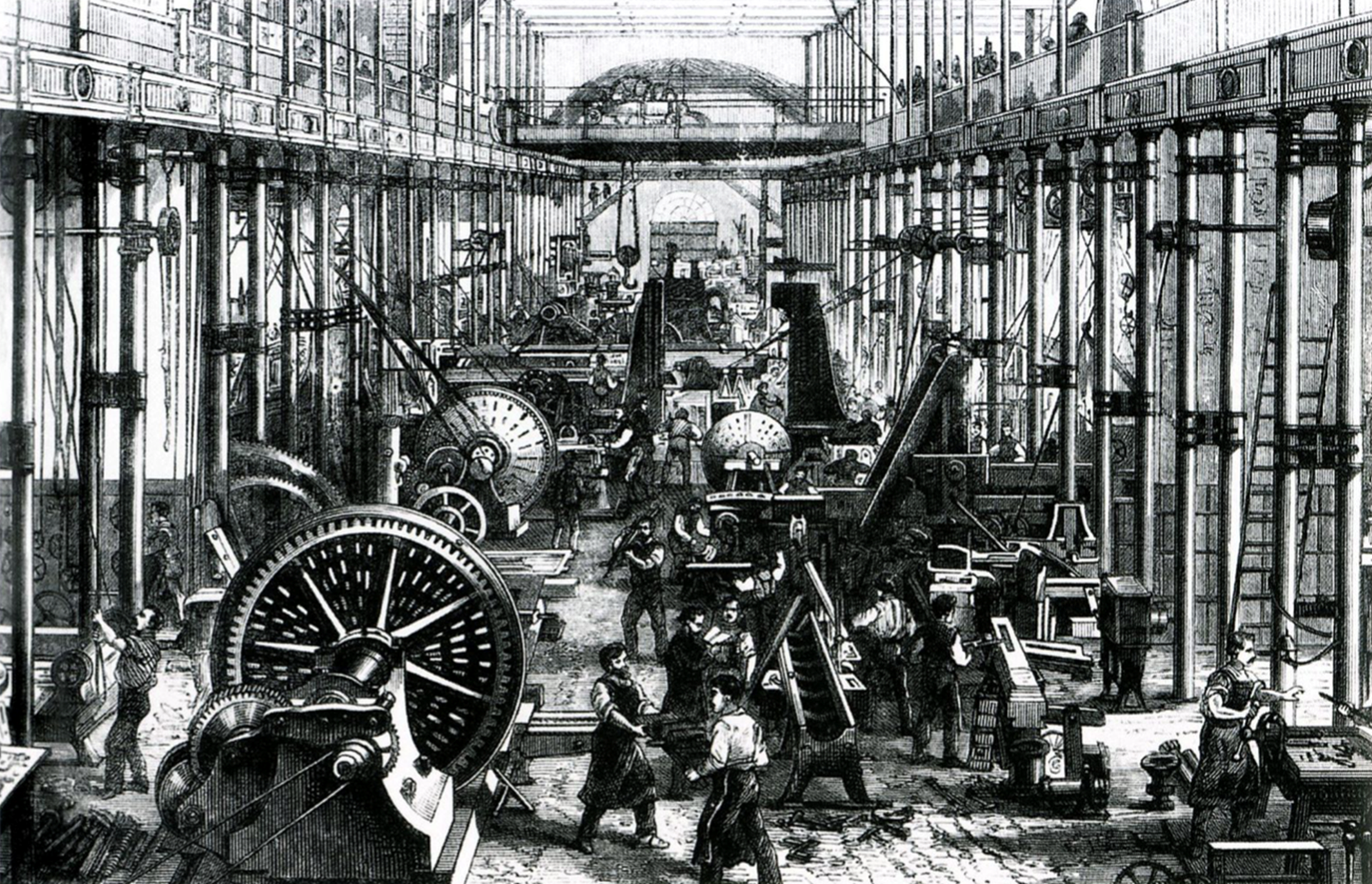 Last week, I wrote about Jason Hickel’s romantic idea that people in the past “lived well” with little or no monetary income. I noted that prior to the Industrial Revolution, clothing was immensely expensive and uncomfortable. The cotton mills changed all that.

Machine production…brings within the reach of the poor a world of useful objects, even luxurious and artistic objects, which they could never reach before.

Pollution and Hygiene Was Horrific

Today, I wish to turn to pollution. It is well known that industrialization helped to pollute the environment, but that does not mean that air and water were clean before factories and mills came along! Compared to today, our ancestors had to endure horrific environmental conditions.

Let’s start with air quality. In the 17th-century London, Claire Tomalin observed in Samuel Pepys: The Unequalled Self,

Every household burnt coal … The smoke from their chimneys made the air dark, covering every surface with sooty grime. There were days when a cloud of smoke half a mile high and twenty miles wide could be seen over the city … Londoners spat black.

In a similar vein, Carlo Cipolla in his book Before the Industrial Revolution: European Society and Economy 1000-1700, quotes from the diary of British writer John Evelyn, who wrote in 1661:

In London we see people walk and converse pursued and haunted by that infernal smoake. The inhabitants breathe nothing but an impure and thick mist, accompanied by a fuliginous and filthy vapour … corrupting the lungs and disordering the entire habit of their bodies.

The streets were just as dirty. John Harrington invented the toilet in 1596, but bathrooms remained rare luxuries two hundred years later. Chamber pots continued to be emptied into streets, turning them into sewers. To make matters worse, even large towns continued to engage in husbandry well into the 18th century. As Fernand Braudel noted in The Structures of Everyday Life, “Pigs were reared in freedom in the streets. And the streets were so dirty and muddy that they had to be crossed on stilts.”

Lawrence Stone observed in The Family, Sex, and Marriage in England 1500-1800 that

In towns in the eighteenth century, the city ditches, now often filled with stagnant water, were commonly used as latrines; butchers killed animals in their shops and threw the offal of the carcases into the streets; dead animals were left to decay and fester where they lay; latrine pits were dug close to wells, thus contaminating the water supply. Decomposing bodies of the rich in burial vaults beneath the church often stank out parson and congregation.

A “special problem” in London, Stone wrote, was the “poor holes” or “large, deep, open pits in which were laid the bodies of the poor, side by side, row by row. Only when the pit was filled with bodies was it finally covered with earth.” As one contemporary writer, whom Stone quotes, observed, “How noisome the stench is that arises from these holes.” Furthermore, “great quantities of human excrement were cast into the streets at night … It was also dumped into on the surrounding highways and ditches so that visitors to or from the city ‘are forced to stop their noses to avoid the ill smell.’”

The result of these primitive sanitary conditions was constant outbursts of bacterial stomach infections, the most fearful of all being dysentery, which swept away many victims of both sexes and of all ages within a few hours or days. Stomach disorders of one kind or another where chronic, due to poorly balanced diet among the rich, and the consumption of rotten and insufficient food among the poor.

Then there was “the prevalence of intestinal worms,” which is

The situation was no better on the European mainland. In the middle of the 17th century, Queen Anne of Austria and mother of Louis XIV noted that

Paris is a horrible place and ill smelling. The streets are so mephitic that one cannot linger there because of the stench of rotting meat and fish and because of a crowd of people who urinate in the streets.

In the 19th century, pollution remained a problem. In Inside the Victorian Home: A Portrait of Domestic Life in Victorian England, Judith Flanders noted Waldo Emerson’s observation that “no one … [in England] wore white because it was impossible to keep it clean.” According to Flanders, hair brushes looked “black after once using” and tablecloths were laid just before eating, “as otherwise dust settled from the fire and they became dingy in a matter of hours.”

In 1858, the stench from the River Thames was so bad that “the curtains on the river side of the building were soaked in lime chloride to overcome the smell.” The effort was unsuccessful, with Prime Minister Benjamin Disraeli once fleeing a committee room “with a mass of papers in one hand, and with his pocket handkerchief applied to his nose,” because the stench was so bad. He called the river “a Stygian pool, reeking with ineffable and intolerable horrors.”

Keep in mind that even after the Industrial Revolution had begun, much of the pollution was still non-industrial. Henry Mayhew, an English social researcher and journalist, found that the Thames contained "ingredients from breweries, gasworks, and chemical and mineral manufactories; dead dogs, cats, and kittens, fats, offal from slaughterhouses; street-pavement dirt of every variety; vegetable refuse; stable-dung; the refuse of pig-styes; night-soil; ashes; tin kettles and pans … broken stoneware, jars, pitchers, flower-pots, etc.; pieces of wood; rotten mortar and rubbish of different kinds."

There can be no doubt that industrialization did great damage to the environment during the second half of the 19th century. But it also created wealth that allowed advanced societies to build better sanitation facilities and spurred the creation of an enlightened populace with a historically unprecedented concern over the environment and a willingness to pay for its stewardship through higher taxation.

Fast-forward to 2015 and the BBC reported

more than 2,000 seals have been spotted in the Thames over the past decade … along with hundreds of porpoises and dolphins and even the odd stray whale … There are now 125 species of fish in the Thames, up from almost none in the 1950s.

Similarly, average concentrations of suspended particulate matter in London rose from 390 in 1800 to a peak of 623 in 1891, before falling to 16 micrograms per cubic meters in 2016. Today, the air in the capital of the United Kingdom ranks as one of the cleanest among the world’s major cities.

Contemporary evidence clearly shows that the lives of many Western Europeans before industrialization were, at least by today’s standards, deeply unpleasant. It would be a stretch to conclude that they have “lived well.”

This article is republished with permission from CapX.