The Case for Wearing Just One Style of Sock 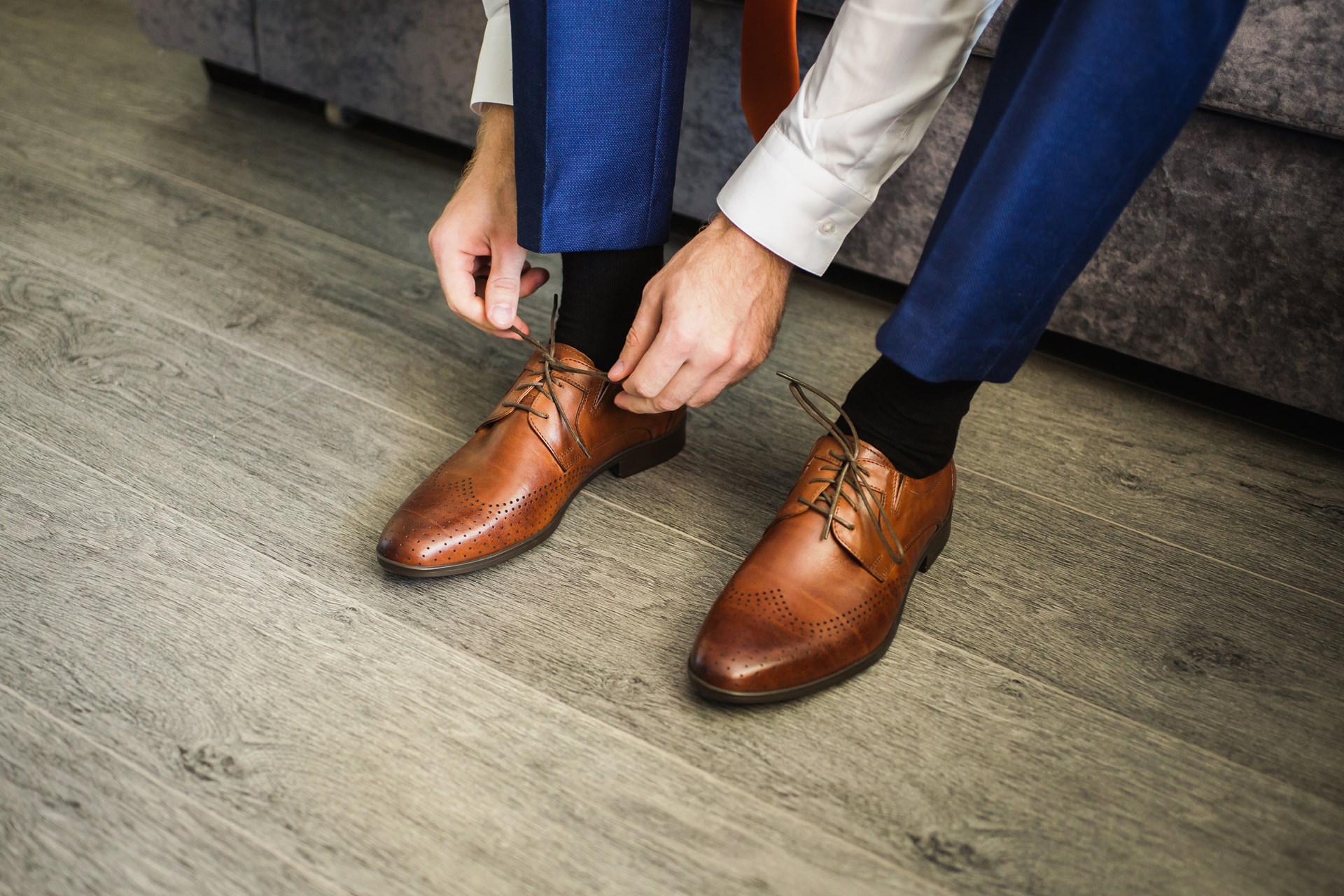 In our fast-changing world of seemingly infinite choice, unrelenting upheaval in technology, and growing demands on our time and attention, it can be a source of blessed solace to discover, as I have, a path towards stability and predictability, to cling to an object that imparts the assurance of something immutably inalterable, which is why I buy and wear only one style and color of sock.

That sock is black, which, contrary to what you might have heard, goes with everything: blue, gray, or even tan suits: even jeans. My chosen sock is made of light wool, so I can wear it all year. It is long (over the calf) so it never bunches up around my ankle. Each one is identical to every other one, so I can fold laundry with my eyes closed and waste no time finding matches in a mountain of laundry. I have 15 pairs, so my full collection lasts two weeks and a day without washing.

Make a Choice, Never Look Back

Taking this dramatic step was a huge life improvement. You go to the store and observe the hundreds of styles. It’s jaw dropping. I’m not objecting to the existence of choice, as Bernie Sanders might. I’m grateful for the variety at the store; I just don’t want it in my dresser. I have made one choice, and I’m sticking with it until I die.

Other men go through their days imagining that they are “dressing well” by wearing a variety of colors and styles, checks and argyles, some even with cartoon characters and others with vertical and horizontal stripes.

There are many reasons for this path I’ve chosen but at least one traces to my childhood. We had a dryer that ate socks. I had a drawer full of socks without a match. Why do we never throw away the unmatched one? There is some sense that it will turn up, somewhere because, of course, it is not the case, despite all seeming evidence, that dryers actually eat socks. The match exists, somewhere. The search can continue for years and years, until that fateful day when we finally give up and throw out all our unmatched socks, after which we find a dusty stash of the other half languishing somewhere in the back of the closet.

The problems are compounded by pets, who love to chew holes in socks. If you have 30-something copies of the same thing, this is not really a problem. When a hole appears, you have no real sense of loss and you can spare your dog the indignity of punishing it doing something that is baked into his or her nature, and instead move on with your life.

The Sock and Civilization

Just so I’m clear, I’m not saying that my sock choice should be yours too. I’m only arguing that there are profound advantages to making one choice and sticking with it.

It’s true that my solution is made possible only by the existence of capitalist abundance and mass consumer culture. But so it is with socks in general. As with food and shelter, socks are fundamental to life. Feet are the sweatiest part of the body, and they need to be covered for warmth and protection.

In the state of nature, these factors present a real problem, which was more or less solved in the ancient world by cutting animal skins and lacing them, thus blurring the distinction between what we now regard as distinct products: the sock and the shoe.

It wasn’t until the dawn of capitalist production in the 16th century – the time when music became truly beautiful, people in paintings started to look like real people, and even the peasant class knew for the first time what it was like to spend money – when woven socks became a thing.

Even then, mass availability of socks had to wait another few centuries. In 19th-century America, hand-woven socks were still common. You didn’t have a new pair every day. You wore them for days, even weeks, and when a hole appeared, you had to “darn” your socks. Actually, this was apparently a full-time job for the “scullery maid.” That we no longer say: “have the scullery maid darn my socks” is a credit to capitalism pure and simple.

Now we think nothing of wearing a fresh pair every day. While wearing the same jeans, shirt, and even underwear on successive days is an option, we would never consider doing that with socks, simply because we know better.

That we can make this choice at all is a sign of the luxury of our times. I revel in it. On washing day, I pull 30 wool items out of the (hot) wash and bundle them in groups of two. The result is a mountain of identical sock pairs. I like to stand back and look at them with pride. Such beauty! Such plenty! A different pair of the same sock every day for two weeks awaits!

You might be thinking: “what about sports socks?” Here is my only exception. I do wear white cotton socks with sport shoes, and, yes, they too are all the same and for the reasons above.

Additionally, and I hesitate to bring this up and only do so because this problem keeps reappearing in the undulating patterns of male fashion, a few words on wearing shoes without socks: don’t do it. The look is bad, and why? Because no one can look at a man with bare feet in loafers and not imagine what it must be like to deal with the problem of feet sweat in those Cole Haans. This is not what you want anyone to think about when looking at your feet!

There is an even more extreme position that is variously extant, namely that we should not wear shoes at all. I really don’t know what to say about this. Sure, it might be “good for you” but there are lots of things that are probably good for you that you should do in private, not public. Going barefoot (for men) is among those things.

This is for one simple reason: male feet are not beautiful. For that matter, female feet may not be beautiful either but at least many women make elaborate attempts to reverse this fact of nature, through cosmetic fussing over toenails and rubbing out imperfections with scratchy stones and the like. Men do not (and probably should not) do this. Hence, we cover them up. It’s pretty simple.

The Wisdom of Age

Socks can rank among the “permanent things” provided you adopt the right strategy.I’ve searched the internet and found no other article that reveals the secret of wearing just one style and color of sock. However, some have observed patterns of constancy in, for example, Obama’s wardrobe. “This is all related to the concept of decision fatigue,” writes John Haltiwanger. “This is a real psychological condition in which a person’s productivity suffers as a result of becoming mentally exhausted from making so many irrelevant decisions. Simply put, by stressing over things like what to eat or wear every day, people become less efficient at work.”

This has the ring of truth, though you don’t have to take it that far. I’m limiting the insight to the sock alone. In times blessed with endless opportunities of choice, and defined by nonstop evolution in everything, socks can rank among the “permanent things” provided you adopt the right strategy. No darning, no mismatches, no headaches and confusion, just the sure knowledge that when all else fails us, the sock you choose will always been there for you, till death do you part.