The Beauty of Tax Competition: Will US Cuts Prompt Other Countries to Follow Suit? 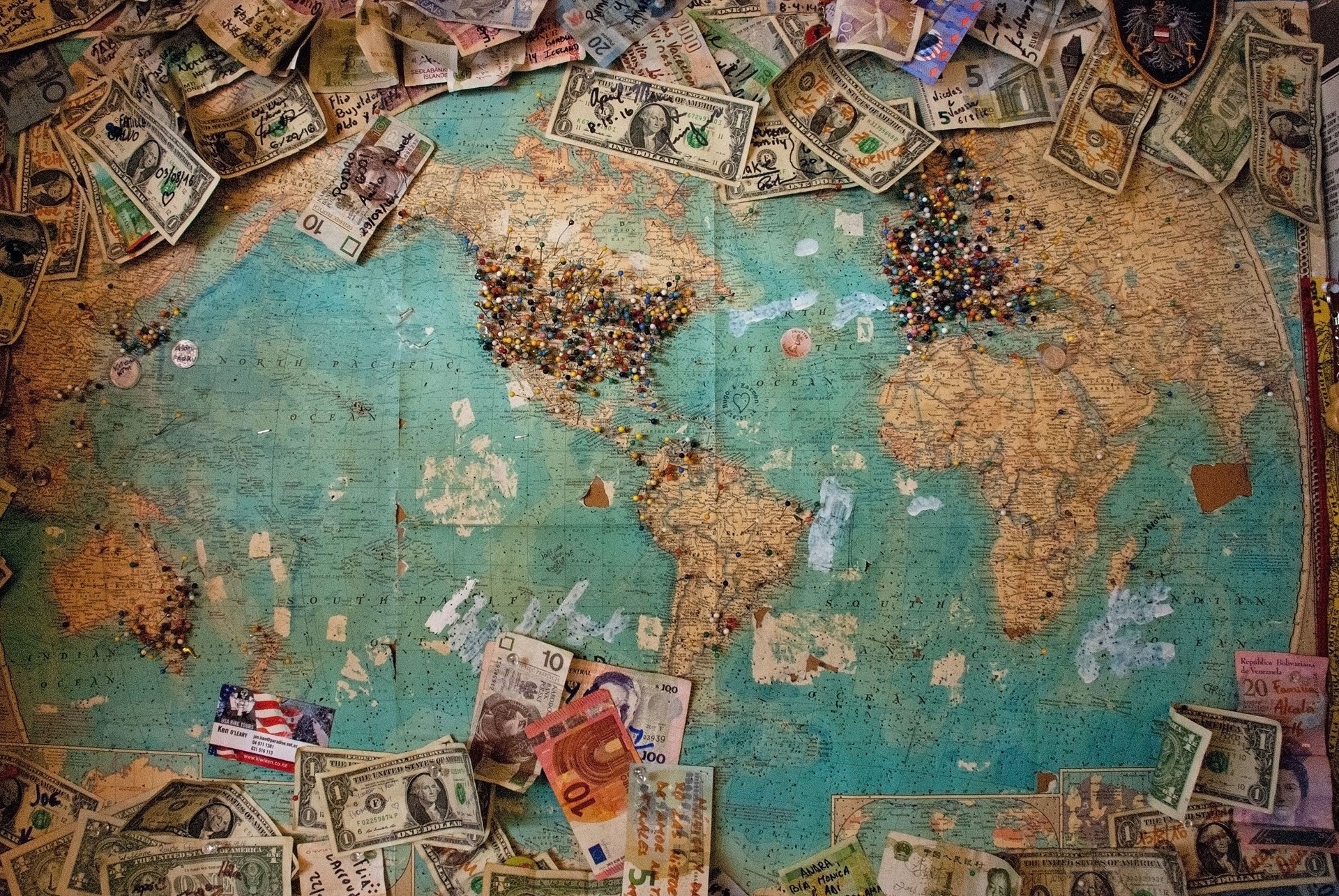 Two months ago, I shared some data on private gun ownership in the United States and declared that those numbers generated “The Most Enjoyable Graph of 2018.”

Now I have something even better because it confirms my hypothesis about tax competition being the most effective way of constraining greedy politicians.

To set the stage, check out these excerpts from a heartwarming story in the Wall Street Journal.

Amen. This was one of my main arguments last year for the Trump tax plan. Lower tax rates in America will lead to lower taxes elsewhere.

For instance, look at what’s now happening in Germany.

Ever since Donald Trump last year unveiled deep tax cuts for companies in America, German industry has been wracked with fears over the economic fallout. …“In the long term, Germany cannot afford to have a higher tax burden than other countries,” warned Monika Wünnemann, a tax specialist at German business federation BDI. …the BDI urges Berlin to cut the overall tax burden, including corporate and trade levies, to a maximum 25 percent, compared to 26 percent in the US. …tax competition has clearly heated up within the European Union: France plans to reduce its top corporate rate to 25 percent by 2022 from 34 percent. The UK wants to cut its rate to 17 percent by 2021 from 20 percent today. If it fails to take action, Germany will be stuck with the heaviest corporate tax burden among industrialized countries.

Tax competition and declining corporate income tax (CIT) rates are not new phenomena. However, over the past 30 years, the United States has been an outlier in not reducing tax rates. Combined with the worldwide system of taxation, this is widely regarded as having served as an anchor to world CIT rates. Now the United States has cut its rate by 14 percentage points to 26 percent (21 percent excluding state taxes), which is close to the OECD member average of 24 percent (Figure 1). Combined with the (partial) shift toward territoriality, this may intensify tax competition. …Given the combination of highly mobile capital and source-based corporate income taxation, pressures on tax systems are not surprising. …The most clear-cut, and possibly largest, spillovers are still likely to be caused by the cut in the tax rate. …Depending on parameter assumptions, we find that reform will lead to average revenue losses of between 1.5 and 13.5 percent of the MNE tax base. …The paper has also discussed the likely policy reactions of other countries. …tax rates elsewhere also fall (by on average around 4 percentage points based on tentative estimates).

And here’s the chart from the IMF report that sends a thrill up my leg. 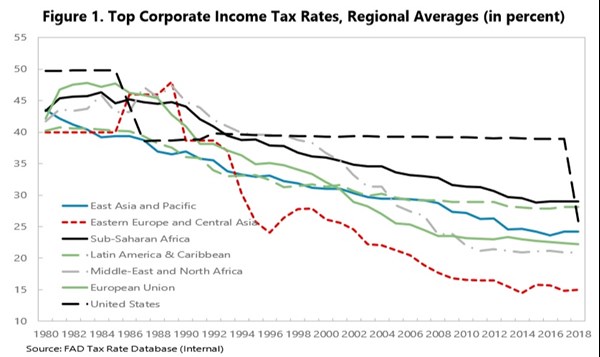 As you can see, corporate tax rates have plunged by half since 1980.

And the reason this fills me with joy is two-fold. First, we get more growth, more jobs, and higher wages when corporate rates fall.

And I could add a third reason. The IMF confesses that we have even more evidence of the Laffer Curve.

So far, despite falling tax rates, CIT revenues have held up relatively well.

I’m very irked by what Trump is doing on trade, government spending, and cronyism, but I give credit where credit is due. I suspect none of the other Republicans who ran in 2016 would have brought the federal corporate tax rate all the way down to 21 percent. And I’m immensely enjoying how politicians in other nations feel pressure to do likewise.