Trump appears committed to protectionist policies as a principle. 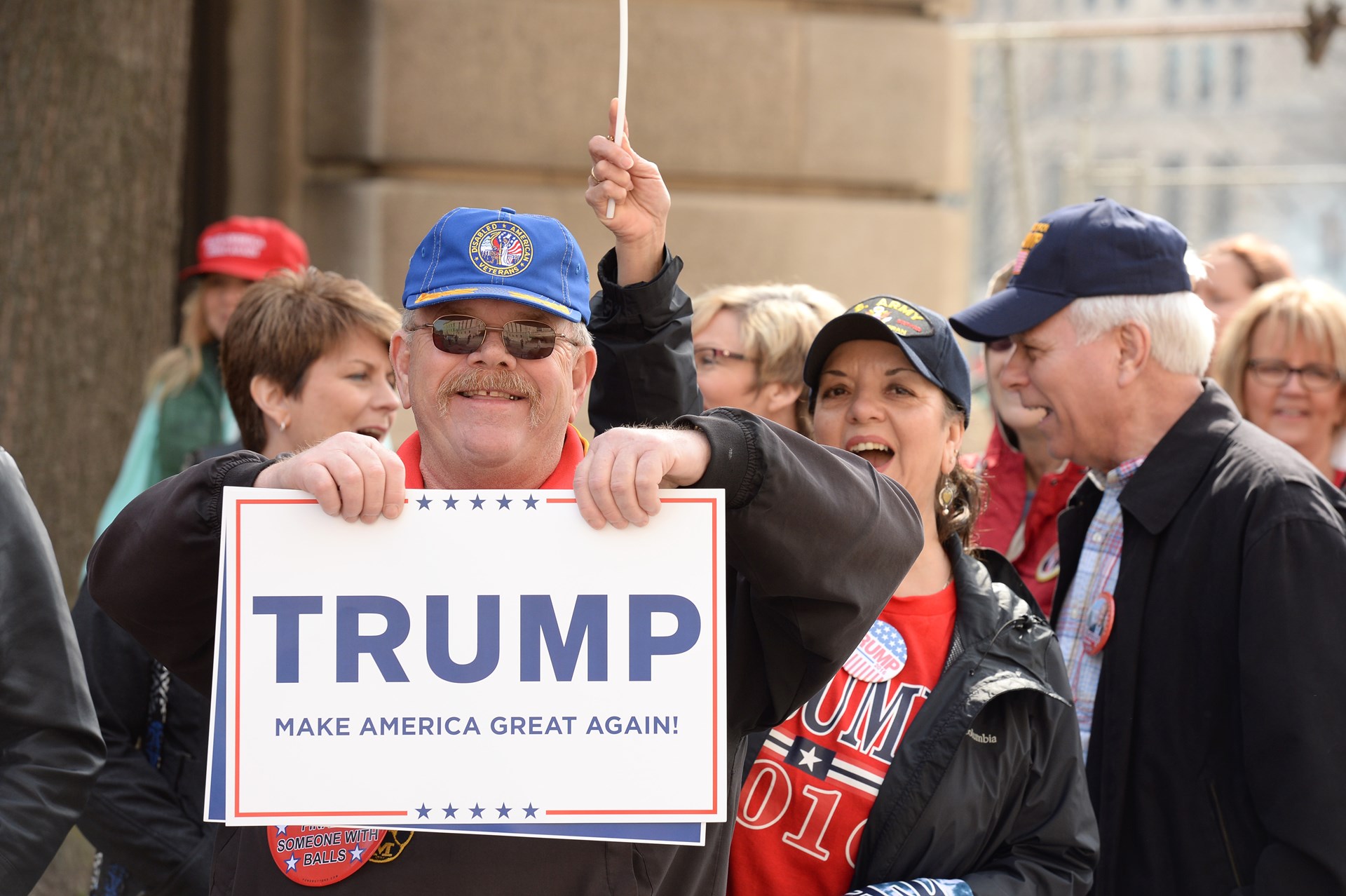 President Trump has been sending mixed signals about his trade strategy. In the morning hours of May 21, Trump tweeted that he would reduce his new trade barriers against China, but his Administration insists tariffs will remain and be a bargaining chip in international negotiations.

Unfortunately for Americans, we are also victims of Trump’s so-called trade war. Toying with trade barriers puts significance sectors of the American economy and workforce at risk, especially among those who trusted Trump the most. If the president wishes to win a victory for the American people, he should repeal his new tariffs immediately.

Taxes by Another Name

Tariffs are often called “taxes by another name.” By placing a tariff on steel imports, the American manufacturers who rely on steel imports are forced to charge higher prices to keep turning profits, naturally weakening demand. Fewer customers are bad for business, so many steel-using manufacturers will likely buy from the initially more expensive American steel industry.

Treating imports as “sinful” purchases fundamentally misunderstands what a market is and what benefits American consumers.

This shift is intended, but observers should not miss its similarity to sin taxes – taxes placed on items like alcohol and tobacco to steer people away from supposedly immoral behavior. Essentially treating imports as “sinful” purchases fundamentally misunderstands what a market is and what benefits American consumers. If an American buys a product made from imported steel or aluminum, they are not making an anti-American decision; they merely decided they wanted the lower-priced product.

While the steel and aluminum industries are happy about their newfound competitiveness, distorting markets to prop them up slows the economy down. If America is, for whatever reason, worse at efficiently producing something than another country, then artificially keeping that industry afloat prevents resources––including good workers––from working in an industry where they can be more fruitful.

Transitioning from one industry to another is a costly process for a worker, but trade barriers are a poor form of protection. Any assistance that enables workers to maintain or gain human capital would minimize costs of a transition from one job to another, and consumers would still enjoy the benefits of free trade.

Even if there was no way to help steel and aluminum manufacturers, tariffs still harm more American manufacturers than they help. Plenty of industries buy steel to make their products, such as the automobile industry and construction firms. The less costly steel materials are, the more these steel-using manufacturers can grow, employing more workers and providing better products for their customers. If steel becomes expensive, however, the reverse is true. Less profitable products result in cutting output and shrinking the workforce. Because steel tariffs make steel more costly for such manufacturers, they are a loss for many blue-collar workers.

Steel tariffs have hurt steel-using American manufacturing workers before. One study from Trade Partnership, an economic consulting firm, found that President Bush’s steel tariffs in 2002 were responsible for 200,000 manufacturing layoffs––more than the number of people working in the steel industry altogether.

Layoffs were so high because firms that need to buy steel significantly outsize the steel industry itself. Steel-using companies employ 6.5 million manufacturing workers, while the steel industry has only 140,000. That means Trump’s steel tariff harms 46 times more blue-collar Americans than it helps. With Trump’s tariffs, these steel-using companies face higher costs, putting the livelihoods of many manufacturing workers at risk.

Because steel tariffs make steel more costly for such manufacturers, they are a loss for many blue-collar workers.

And since Trump’s tariffs harm manufacturers more than they help, that means his trade policy is hurting the most unusual prospects – his staunchest supporters. The states with the five highest shares of manufacturing employment – Indiana, Wisconsin, Michigan, Iowa, and Alabama – all voted for Trump in the 2016 presidential election. Michigan hadn’t supported a Republican presidential candidate since 1988, and many analysts attributed the swing to Trump’s ability to connect with working-class Michiganders. Yet, the three largest American automotive manufacturers, General Motors, Ford, and Fiat Chrysler, all of whom have their headquarters in Detroit, told the Trump Administration that his tariffs would put them at a competitive disadvantage.

Despite the evidence against him, Trump appears committed to protectionist policies as a principle. Although he declares himself a great “jobs president,” when he discusses trade, Trump fixates on trade balances as if they were scorecards. He divides the world into winners and losers and he insists he can reduce trade deficits and “beat” other nations. The president seems to assume that if the United States “wins” at trade, all Americans win. But by focusing too much on comparisons to other nations instead of desirable outcomes, such as jobs for hard-working Americans, Trump supports trade policies that might inflate some numbers but still cause severe damage to the manufacturing sector.

Trump promised blue-collar voters his “America first” mantra would empower them, and they bought into it. But the steel and aluminum tariffs do not look out for the hardworking American,  and in his economic obstinance, Trump has betrayed the people who placed the most trust in him.

John Kristof is a Research Fellow at the Sagamore Institute and an Advocate for Young Voices who writes frequently on economic issues and political culture. John is on Twitter @jmkristof.