Rube Foster, the first president of the Negro National League, achieved acclaim for multiple talents in baseball—as a player, as an owner, and as a manager.

Rube Foster is pictured on the right. Image in public domain.

Each one of my favorite baseball personalities of all time—Jackie Robinson and Roberto Clemente—is widely remembered for both athletic prowess and sterling character.

Robinson endured slings and arrows when his 1947 hiring by the Brooklyn Dodgers began the integration of the major leagues. In his first year, he led the Dodgers to the National League championship. Black and Puerto Rican by birth, Clemente was a Pittsburgh Pirate who transcended race, nationality, and culture to become the game’s first Latino superstar.

But have you ever heard of Rube Foster? Few Americans today ever have. I can think of no better time than Black History Month (February) and today (February 13) to rectify that. On this date exactly 100 years ago—February 13, 1920—Andrew “Rube” Foster founded and became the first president of the now-largely-forgotten Negro National League (NNL). It was the first black baseball network to last more than a single season, surviving for 11 years and composed of 24 teams from Kansas City to Pittsburgh to Birmingham.

Prejudice and segregation, even in northern states, were mainstream in 1920.

Starting the NNL is one of many reasons Foster is regarded as “the Father of Black Baseball.” He achieved acclaim for multiple talents in the sport—as a player, as an owner, and as a manager. When he was inducted into the Baseball Hall of Fame in 1981, more than 50 years after his death in 1930, he was lauded as one of the best black pitchers of all time. He also founded and managed the most successful black team of the pre-integration era, the Chicago American Giants. A century ago, Americans of all colors and creeds from coast to coast knew his name and admired him.

What Foster did was all the more remarkable considering the interracial temper of the times. Prejudice and segregation, even in northern states, were mainstream in 1920. The president of the United States, Democrat Woodrow Wilson, was himself a racist, and one who harbored a pro-eugenics view common to “progressives” at the time. Wilson promoted segregation throughout the federal government and once expelled a delegation of black civil rights leaders from the White House. He was an awful president for many other reasons, too.

Foster’s achievements were not the result of wealth. He was born in poverty in a small Texas town in 1879. His father was a pastor in a local AME (American Methodist Episcopal) Church. Young Andrew worked hard at everything he did, including the sport of baseball, which he loved from an early age. He was 18 in 1897 when he signed on to the Waco Yellow Jackets. He pitched so powerfully that he quickly earned a fan base among blacks and whites alike, leading to his recruitment by teams in Michigan, then Illinois and Pennsylvania. He struck out batters by the dozens. It was his talent and determination that made him a few bucks, not the other way around.

While pitching for the Giants of Philadelphia in 1905, young Foster attracted high praise from local fans and media. In his excellent biography, Rube Foster in His Time: On the Field and in the Papers with Black Baseball’s Greatest Visionary, author Larry Lester reports:

On August 22, 1905, Foster pitched his fifth no-hitter, this one against the Camden (NJ) club…Soon after, the Philadelphia Telegraph wrote, “If Andrew Foster had not been born with a dark skin, the great pitcher would wear an American or National League uniform…Foster has never been equaled in a pitcher’s box. Out of 49 games pitched this season he has won 45…” The Indianapolis Freeman echoed the sentiment, adding that “Andrew Foster deserves every word of praise ever said of him. He is undoubtedly among the very best pitchers that America affords.”

Not even a broken leg in 1909 could slow Foster down for very long. He went on to create his own team in 1911, the Chicago American Giants. He continued to play the game, as well, pitching until 1917. He simultaneously gained a superb reputation as a manager and team owner. One biographer notes that “he asserted control over every aspect of the game, and set a high standard for personal conduct, appearance, and professionalism among his players.” Four years in a row, his team won the western black baseball championship.

White players had enjoyed the support of leagues from the time the National League was founded in 1876. The American League came along in 1901. Both employed the unwritten “color bar” that prevented teams from hiring blacks until Branch Rickey hired Jackie Robinson in that pathbreaking decision of 1947. So if black baseball players were to have a league that could establish some uniform rules, coax new teams into existence, and promote the sport, they would have to start one of their own.

Rube Foster longed for the day when whites and blacks would play baseball side-by-side on the same teams and for the same leagues.

The first two decades of the 20th century produced several aborted attempts to create a league of black baseball teams. None lasted more than a season, failing financially because they were either undercapitalized or they underestimated such expenses as transporting teams around the country. The dream of a successful league for black teams, however, didn’t die. It was Rube Foster who finally made it happen in 1920. He managed the new National Negro League until ill health sidelined him in 1926. He died in 1930 at the age of 51.

Rube Foster longed for the day when whites and blacks would play baseball side-by-side on the same teams and for the same leagues. If he could join his fellow Americans today at almost any baseball game, he would surely be proud that the day he hoped for finally did arrive.

"The Cost of Segregation to the Detroit Tigers" by Burton W. Folsom

Rube Foster at the National Baseball Hall of Fame 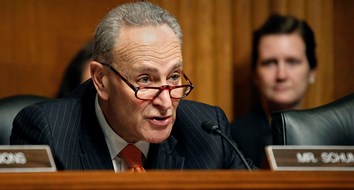