An economic framework must always be examined at the level of the individual to assess its impact. 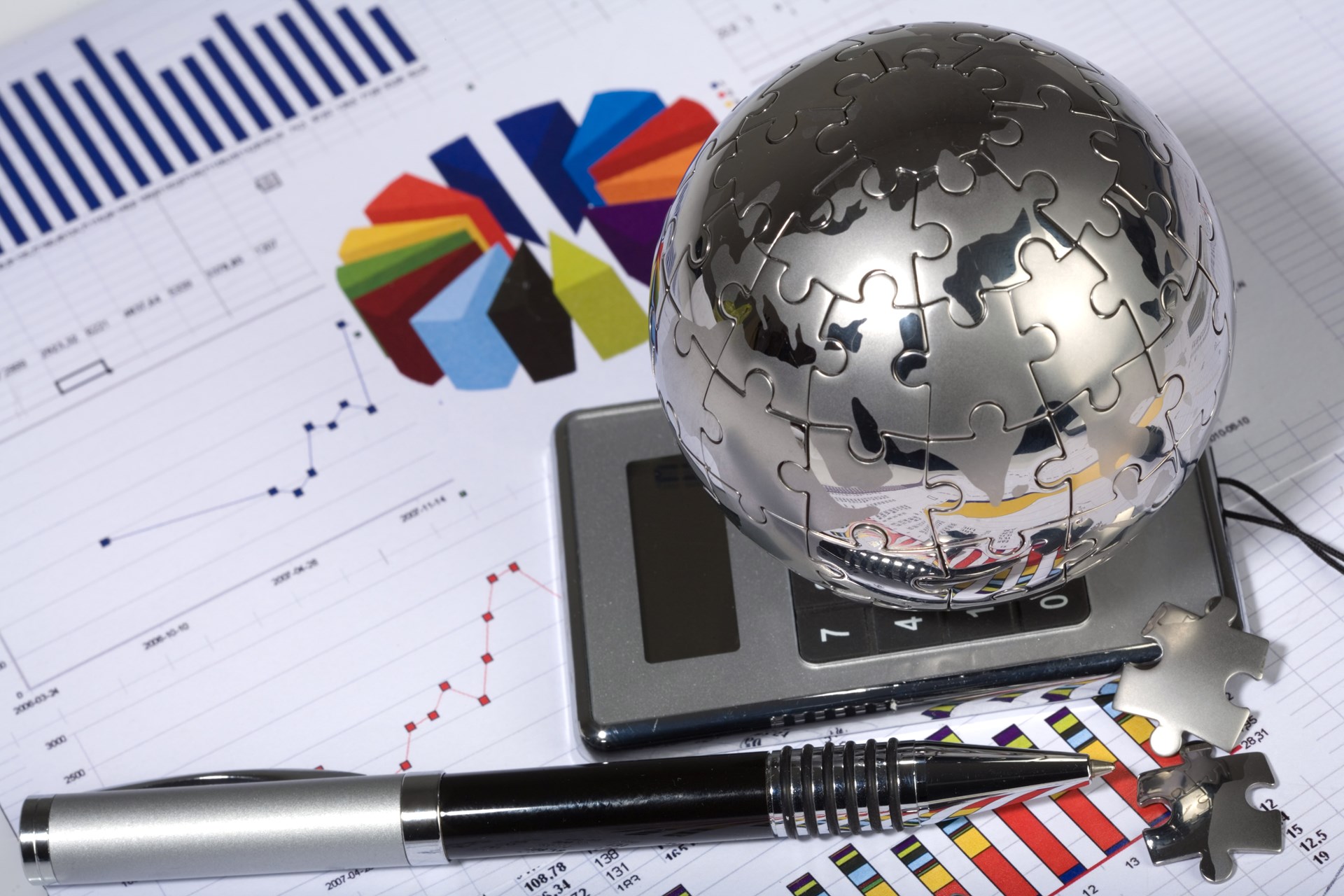 Dani Rodrik’s recently published book, Economics Rules: The Rights and Wrongs of the Dismal Science, can be summed up as a plea to economists to abandon their attempts at defining the world with a single universal model. Instead, Rodrik suggests these economists should equip themselves with a model tool belt. Each model, with unique assumptions that prevent universal application, should be utilized only after matching it to apparent conditions. This includes time period, geography, political structure, wealth, culture, and other socio-economic characteristics of a particular group of people.

This may informally be labeled a “macro” analytical approach to policy setting, as public entities measure the localized response of economic aggregates to policy changes. This stands in contrast to methodological individualism, wherein aggregate outcomes are explained by the actions and motivations of individuals.

Rodrik’s appeal is important and underappreciated, if not uncommon as a focal point for a book. He may have limited his discussion to the realm of economic policy setting, but of course model error is far more widespread. Engineers, physicists, risk managers, and a plethora of other professions must be aware of potential model misspecification or a general mismatch of a selected model to the situation at hand.

In the context of a statistical model, specification error means that at least one of the key features or assumptions of the model is incorrect. In consequence, estimation of the model may yield results that are incorrect or misleading.”

Even if a model is applicable to the situation at hand, the model itself may be misspecified or biased. Models may suffer from a correlation between independent variables and error terms, omitted variables, a correlation between the dependent variable and its lag, spurious correlations, regime changes and sub-populations, biased samples, incorrect distribution assumptions, and other issues that result in unreliable outputs.

Even if a model is applicable to the situation at hand, the model itself may be misspecified or biased.

Once correctly specified, model selection is still crucial. Each model is more or less subject to an abundance of assumptions and qualifications that must be met for it to accurately describe reality, and each industry must deal with this issue in its own way. For many private businesses, poor model selection is punished through profit and loss. Risk management, operations management, actuarial and statistical consulting, engineering, and other practical industries that rely on selecting appropriate models may suffer financial ruin if mistakes are made.

Rodrik is primarily concerned with the misuse of correctly specified models, not the applicable use of misspecified models. From his perspective, market liberalization is simply one policy option out of many, not to be treated as a default policy. This is a direct consequence of his strict rejection of universality as it pertains to economic models. However, this universal rejection of universality may go too far, including in its reach basic, ubiquitous principles of action that are manifested in human decision-making.

Mathematical modeling in economics predates any living economist today. While mathematical development dates back to antiquity, rigorous use of mathematics in the hard sciences began to grow rapidly in the late 17th century. As the natural sciences leaped forward following discoveries made possible through mathematical modeling, economists and other professionals in the social sciences, rife with envy, looked to mathematics as a way to legitimize their own fields. This led to increasing use of models to describe causal relationships and a rising focus on empiricism for economic discovery.

While admirable, these developments must not be overemphasized. Despite unfathomable improvements in data collection over the last several decades, interpretation of descriptive macro-economic data remains extremely difficult. The same set of data can be used to support radically different or even contradictory explanations of reality.

The same set of data can be used to support radically different or even contradictory explanations of reality.

Unlike the natural sciences, isolating the effect of individual factors using controlled experimentation is not physically possible in the macro-economics world. At a given time, a nearly infinite set of factors may be impacting aggregated real-world economic variables, while changes in a single factor can likewise have nearly infinite time-varying ripple effects through economies. Policy changes interact in unpredictable ways, causing complexity to compound as each new policy change interacts with previous policy changes. Short of moving backward in time and changing one singular policy, there is no way to track every direct and indirect externality.

In addition to these difficulties, the social sciences have the misfortune of dealing with humans. On this, Murray Rothbard stated:

…atoms and stones can be investigated, their course charted, and their paths plotted and predicted, at least in principle, to the minutest quantitative detail. People cannot; every day, people learn, adopt new values and goals, and change their minds; people cannot be slotted and predicted as can objects without minds or without the capacity to learn and choose.”

Thus, laboratory-style experimentation to scientifically derive universal cause and effect is not a luxury enjoyed by most social sciences, particularly macro-economics.

Although this initially supports Rodrik’s critique, it has sizeable implications in the context of Rodrik’s push for a model tool belt as well. While a private company’s status as a going concern may be at risk if model selection is poor, this mechanism is absent for public entities setting policy. These entities must rely on inadequate empirical studies full of noise and often cherry-picked for political purposes out of dozens of conflicting studies.

If an incorrect model is selected when setting policy, at best a politician is voted out of office at the next election cycle, or worse they move on in their political career with subsequent politicians receiving blame for the poor policies of the past.

Rodrik need only view economics for what it is, a sub-field of praxeology, the deductive study of human action.

Rodrik fully acknowledges empirical limitations, using this fact to denounce universality in favor of more diverse, localized policy. This is easier said than done, as a decentralized macro approach is still reliant on abundant empirical data, arguably more-so if it is to be dynamically tailored by locality over time. Instead, he should look to a micro approach; one different from that of mainstream neoclassical theory.

Rodrik need only view economics for what it is, a sub-field of praxeology, the deductive study of human action. So doing, his over-reliance on mathematical modeling and empiricism is replaced with an axiomatic approach, underpinned by the action axiom. On this, Ludwig von Mises stated:

Human action is purposeful behavior. Or we may say: Action is will put into operation and transformed into an agency, is aiming at ends and goals, is the ego’s meaningful response to stimuli and to the conditions of its environment, is a person’s conscious adjustments to the state of the universe that determines his life.”

When a rock falls from a roof, you wouldn’t attribute its fall to the purposeful decision of the rock to jump from the roof. Likewise, if a person sneezes, this action is not driven by a purposeful decision to spontaneously sneeze. However, when conscious individuals act, they do so intentionally within a means-ends framework.

The action axiom is much more than a definition of human action. As is true of axioms in other fields, the action axiom allows meaningful conclusions to be drawn regarding human behavior and decision-making. Once purposeful action is established, one may derive a chain of logical conclusions, including the subjective nature of value, diminishing marginal value, the basis of free exchange, downward sloping demand and associated supply, price formation, time preference, etc. From this basic, self-evident premise of purposeful action, the entire field of economics is thus derived a priori via thought experiment without any need for macro modeling or empiricism.

The action axiom is not to be confused with rational expectations, wherein economic automatons are assumed to enjoy omnipotent and mechanistic evaluation skills. People may act irrationally while still acting purposefully. Neither does this axiomatic approach require any of the other unrealistic assumptions inherent in neoclassical theory, instead embracing information asymmetries and societal influence as natural.Using this axiomatic foundation, the dismal science may be viewed through a praxeological lens and abandon its hopeless natural science aspirations.

Accordingly, Rodrik’s appeal, while important in the world of private business, requires qualification for policy-setting. One cannot hope for an economist to pull out an applicable economic model the way a repair-man pulls out a flat-head for the associated screw. An economic framework must always be examined at the level of the individual to assess its impact, not solely using aggregates. In order to do so, one must acknowledge the universal truths of human action and the realizations drawn from them.

Derek Zweig, CFA, FRM is an associate in business valuation and intangible asset appraisal at Citizens Bank. He is an active member of the CFA Institute and the Global Association of Risk Professionals and writes CFA practice questions for Bloomberg Exam Prep.