Understanding the Difference Between Hampered Markets and Socialism

The first step towards a sensible economic structure is assurance that those involved understand what it is they’re supporting. 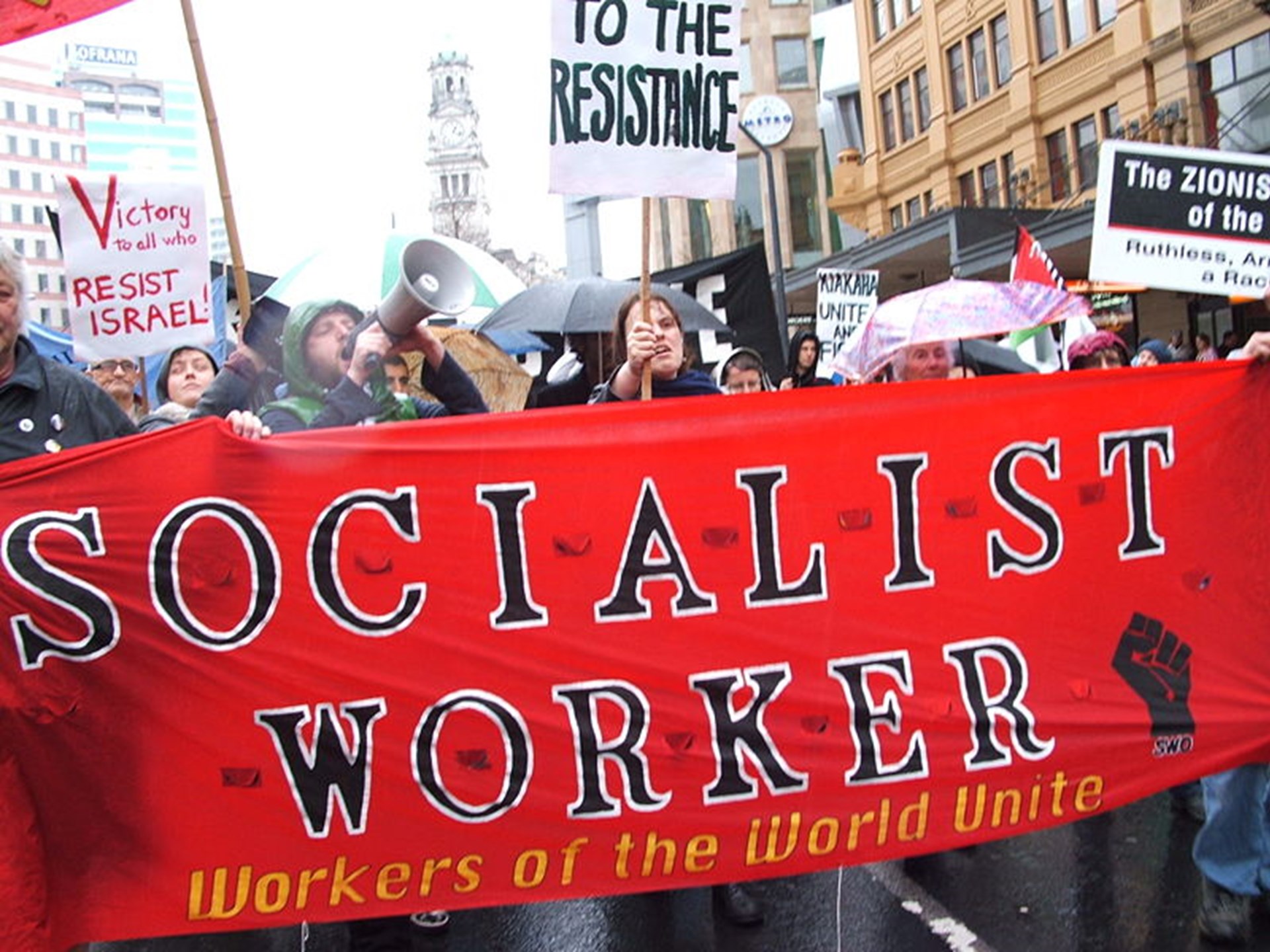 In the latter half of 2018, Politico published an editorial detailing how “socialist” thinkers visualize America shifting towards more socialist policies. The piece was briefly popular, circulating on social media. The featured thinkers describe a mix of creative policies representing both classical socialism and what is considered socialism today. These policies are innocently presented pari passu in an interesting narrative that makes such an economic transition seem relatively non-radical.

As I will argue, there is an important distinction between classical socialism and contemporary usage of the term that gets lost in modern public discourse. This conflation has led to muddled debates akin to antiquated economic disputes where differing terminology caused participants to argue past one another. Moreover, it creates an illusion of pockets of political conformity, with members unifying under a label that each defines differently, hiding potentially large disagreements. There is also a failure, in my opinion, of true supporters of classical socialism to address the most pressing issue with classical socialist economies.

In introductory business or economics classes, the primary types of economies are typically presented as market, command, and mixed. This is the popular framework from web searches, as well, as it is here, here, and here. These classes and databases tend to accurately highlight the distinctions between a market and command economy given the relatively straight-forward definitions. There is also a clear implication that the mixed economy is, in fact, a mix between a command economy and a market economy.

Socialism, in the classical sense, is closely aligned with the command economy. The distinguishing feature here is state ownership of the means of production (i.e. elimination of private property, at least with regard to non-personal goods). Such an arrangement replaces the decentralized market-based pricing system with a centralized planning bureau.

This is starkly dissimilar to the current usage of the term to describe welfare state policies in most developed countries. Virtually any government intervention into markets is today dubbed socialism by people across the political spectrum. As a result, socialism and the “mixed” economy have been misrepresented. Policy mix is conflated with structural mix. As Mises says:

With regard to the same factors of production, there can only exist private control or public control. If in the frame of a system of social cooperation only some means of production are subject to public ownership while the rest are controlled by private individuals, this does not make for a mixed system combining socialism and private ownership. The system remains a market society…

In other words, the existence of government intervention and ownership of some factors of production fails to impose the characteristic symptom of classical socialism, that being the lack of market-derived prices. Thus, to Mises, the "market, command, mixed" framework is bunk. Instead, he describes the primary types of economies as unhampered market, hampered market, and command economy. Hampered market takes the place of the mixed economy, indicating that although there is government presence, the underlying factor pricing structure is still ultimately market-based, allowing decisions (centralized or decentralized) to be guided by such prices.

This distinction is important because the applicable critique is different depending on which system is being discussed. Four out of the 11 socialist thinkers in the Politico article do not mention state ownership of the means of production, suggesting a sizeable thought disparity may even be present among leaders of the socialist movement. While there is much to be said about an overbearing welfare state, there are more severe obstacles facing classical socialism. Foremost is the daunting problem of economic calculation in the absence of market-derived prices. Yet insight on socialist resource allocation is sparse outside the promotion of virtuous buzz topics.

As any shopper can attest, prices appear to exhibit random fluctuations over time. Indeed, consistently and reliably predicting the exact movement of market prices is most likely impossible. Still, it does not follow that prices and their fluctuations are actually random, as the word is traditionally used. They are driven by a composite of natural and social forces that are themselves perhaps random and unpredictable. Nonetheless, prices relay important information about consumer preferences and production capabilities.

Imagine the earth, with all its animate and inanimate resources, as a giant inventory sheet. How best to allocate the labor and resources to best meet the wants and needs of the human population? As has been pointed out repeatedly, coordinating the production and logistics for even a single consumer good (like, say, a pencil) can be incomprehensible to any given individual or group of individuals.

The economy is so inherently dynamic and complex that managing it centrally, as classical socialism prescribes, is fundamentally beyond the abilities of any group of people, no matter how intelligent, angelic, and technologically equipped.

One need not plan the entirety of the economy but only determine how best to perform a small cluster of localized tasks using prices as a guide.

Fortunately, there is an, albeit imperfect, decentralized solution. Producers and entrepreneurs respond to profit incentives, which are a function of prices. This generally creates a fortunate alignment in interest. The intensity of demand and circumstance of supply are manifested in prices. Consequently, subjective values are converted into the objective details required for coherent resource allocation. Every good or service can be compared to every other good or service, and these relationships are revised in real time. Thus, one need not plan the entirety of the economy but only determine how best to perform a small cluster of localized tasks using prices as a guide.

The spontaneous cooperation that follows from this system allows resources to be allocated more efficiently than any alternative, though there are critiques worth mentioning. It is argued that market prices fail to account for certain externalities, such as environmental degradation. Some look to specific companies and fail to see market prices managing the interaction of employers and employees, positing that firm-like hierarchies can be scaled. Others claim the economy can be computerized, with production coordinated by the frequent solution of simultaneous equations.

These critiques vary from legitimate but insufficient to wishful thinking. Scaling small hierarchies is particularly optimistic, as emergent properties appear at multiple stages before reaching the national level. Successful organization at the family level differs from the neighborhood, town, city, state, national, and global levels. Large (“too big to fail”) firms do, in fact, face fragilities from planning and risk difficulties, at times sustained only through lobbying efforts. Computerization has increased human computing power immensely but would be helpful for little more than maintaining an unrealistic circular-flow economy. Marginal decisions are assumed away in such an economy, and several of the resource allocation questions posed above aren’t necessarily answered. Regarding unpriced externalities, such reasoning is true, though exacerbated by the nature of public ownership. This imperfection is just that—an imperfection. It doesn’t follow that the entire system should be abandoned, especially given the added difficulties of alternative solutions.

Failure to appreciate the complex, tacit nature of modern production is a recipe for unnecessary suffering, no matter how well-intended policies are.

There are also classical socialist thinkers who may agree with this critique in principle but assume the problem to be small in magnitude. It is easy to take resource allocation for granted in highly developed economies. It has often been said that the problem of scarcity is largely conquered in 21st-century America, and now it is simply a matter of distribution. These two economic goals are not independent. Each is partially a function of the other. Failure to appreciate the complex, tacit nature of modern production is a recipe for unnecessary suffering, no matter how well-intended policies are.

There are several other issues classical socialism faces (effort monitoring, innovation, black markets, etc.) that hampered markets do not, or at least not to the same degree. Accordingly, it’s important that those opposed to classical socialism stop decrying all intervention as socialist, as this merely perpetuates confusion over the term and encourages disproportionate support for ideals that are profoundly radical. The first step towards a sensible economic structure is assurance that those involved understand what it is they’re supporting.

Derek Zweig, CFA, FRM is an associate in business valuation and intangible asset appraisal at Citizens Bank. He is an active member of the CFA Institute and the Global Association of Risk Professionals and writes CFA practice questions for Bloomberg Exam Prep.