How Shark Tank Reveals the Secret of Action and Entrepreneurship

Human action and entrepreneurship is motivated by the realization that things could always be better. 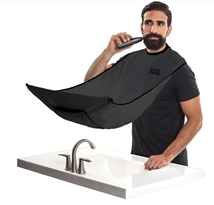 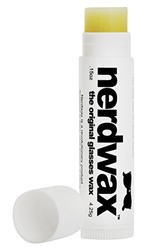 From beard bibs, to car seat gap fillers, to wax to keep your glasses from slipping off, the show Shark Tank has seen its share of interesting, and sometimes bizarre, inventions. But behind each and every one of these products is an entrepreneur. That entrepreneur noticed a problem, whether it was messy beard hair all over the sink, fries and smartphones being lost to the abyss below a car seat, or glasses slipping off.

Every day we face inconveniences, frustrations, and things that could be easier. Entrepreneurs see every problem as an opportunity, and those who are successful are able to profit from solving people’s problems. Entrepreneurs are those who are discontent with the current system and imagine a better situation. As legendary economist Ludwig von Mises pointed out, “The incentive that impels a man to act is always some uneasiness.” Human action is motivated by the realization that things could always be better.

I’m always fascinated when I watch Shark Tank because I wonder, “How do people keep coming up with all these inventions? At what point will everything be invented already?” The truth is, that new inventions will never stop. No matter how advanced our society becomes, there will always be room for more innovation through human action. This is because humans are never satisfied.

Under capitalism the common man enjoys amenities which in ages gone by were unknown and therefore inaccessible even to the richest people. But, of course, these motorcars, television sets and refrigerators do not make a man happy. In the instant in which he acquires them, he may feel happier than he did before. But as soon as some of his wishes are satisfied, new wishes spring up. Such is human nature.

Purposeful Action in Our Everyday Lives

Not everyone is an entrepreneur who goes on Shark Tank with a new, exciting product, but we can all be entrepreneurs and take action in our everyday lives. Inefficiencies are all around us. I’ve worked at a coffee shop for almost two years now, and I’ve developed certain systems and processes to eliminate frustration and benefit my employer. Making sandwiches or lattes during a busy rush requires strong time management skills, and prioritization. I’ve brainstormed ways to make sandwiches faster by preparing the insides while the bread is toasting, or to portion salsa in bulk instead of one at a time. These little improvements make my job easier as well as provide the customer with their food more quickly. By having the mindset of an entrepreneur, I can improve my efficiency and work environment.

Every action is purposeful. Every action or inaction represents a choice. As Mises puts it,

Action is purposive conduct. It is not simply behavior, but behavior begot by judgments of value, aiming at a definite end and guided by ideas concerning the suitability or unsuitability of definite means. . . . It is conscious behavior. It is choosing. It is volition; it is a display of the will.

The driving force behind almost all human action is the desire to make things better in some way. Mises explained that

Action is an attempt to substitute a more satisfactory state of affairs for a less satisfactory one. We call such a willfully induced alteration an exchange.

Ludwig von Mises developed the concept of human action in economics to show us that all human action is motivated by the realization that things could always be better.

What actions will you take to make your world better?