Where does your state land in the lineup?

Beer is the most popular alcoholic beverage in America, and it definitely is in my state, Wisconsin. From tailgating to microbreweries, beer is a big part of Wisconsin culture, and the state ranks fifth in per capita beer consumption. Part of what might influence its popularity is the low state tax rate. Wisconsin ties for the second lowest beer tax rate in the country.

Did you know that when you buy a beer, much of what you pay is taxes? As the Beer Institute explains, “Taxes are the single most expensive ingredient in beer, costing more than the labor and raw materials combined. A detailed economic analysis (Global Insight / Parthenon Group, 2005) found that if all the taxes levied on the production, distribution and retailing of beer are added up, they amount to more than 40% of the retail price!”

According to the Tax Foundation:

Because beer taxes are often collected at earlier points in the supply chain, the only tax a consumer will see printed on his or her receipt is any applicable state or local sales tax that applies to the purchase. Some states specify higher alcoholic beverage sales tax rates (that apply to beer, wine, and spirits) in lieu of the general sales tax rate. In Minnesota, for example, beer retailers are taxed at $0.15 per gallon, and then an alcohol-specific sales tax of 9 percent (instead of the state’s 6.875 percent general sales tax rate) is applied at the point of sale and shows up on the customer’s receipt.

Here are the 5 states with the lowest beer taxes in dollars per gallon:

From the Tax Foundation:

The map below shows the state beer excise tax rates in all 50 states and the District of Columbia. Rates vary widely by state: as low as $0.02 per gallon in Wyoming and as high as $1.29 per gallon in Tennessee. 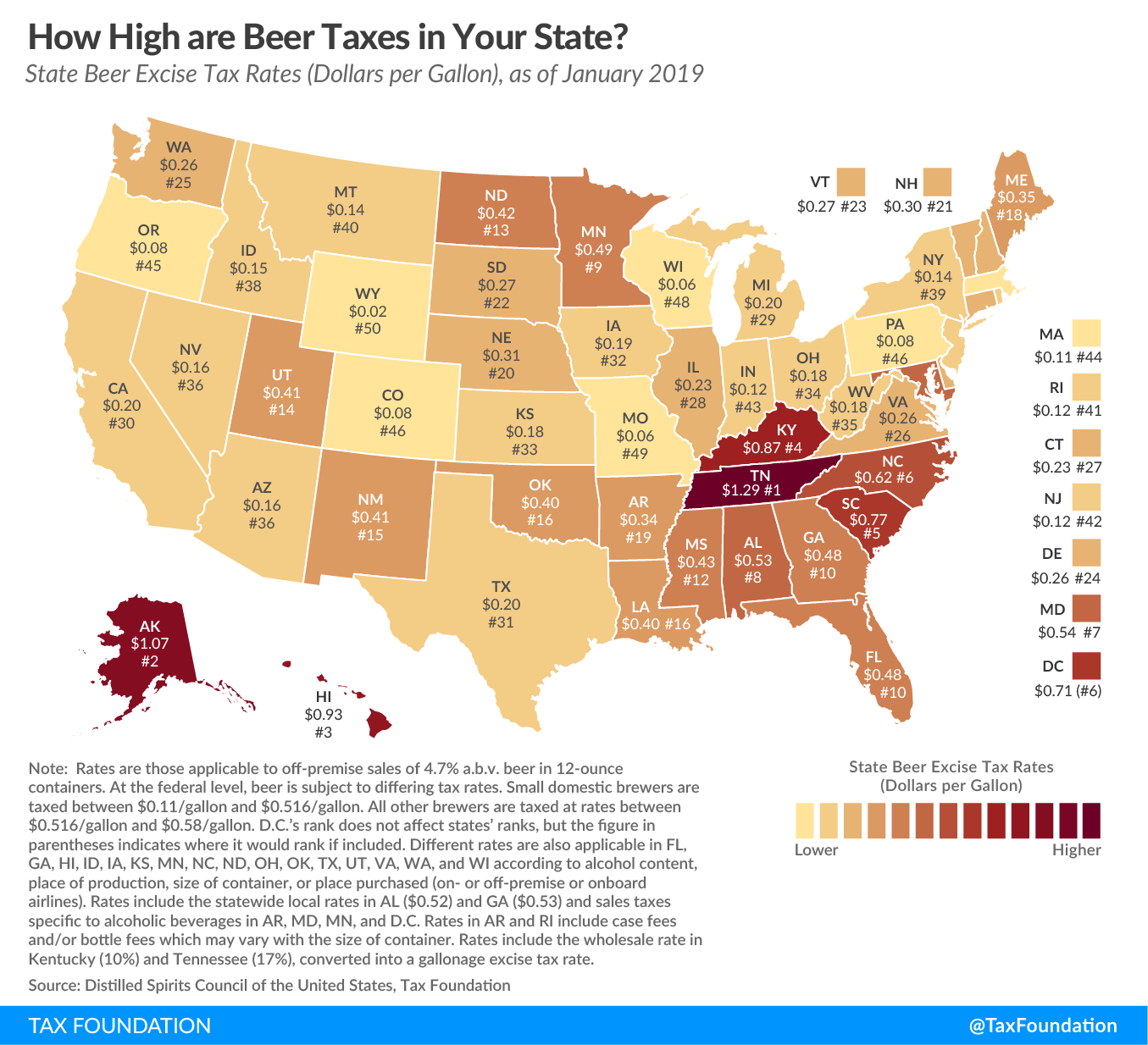 Here are the 10 states with the highest beer taxes in dollars per gallon:

Beer taxes are nothing new, as Cleopatra was the first ruler to impose such a tax in ancient Egypt thousands of years ago. In the United States, the beer tax was first signed by Abraham Lincoln in 1862 to raise funds for the Civil War, and President George H.W. Bush almost doubled it in 1991.

Where does your state land in the lineup?