How Much Homogeneity Does Society Need?

Liberty is not the outgrowth of homogeneity. It is the solution to the seeming problem of heterogeneity 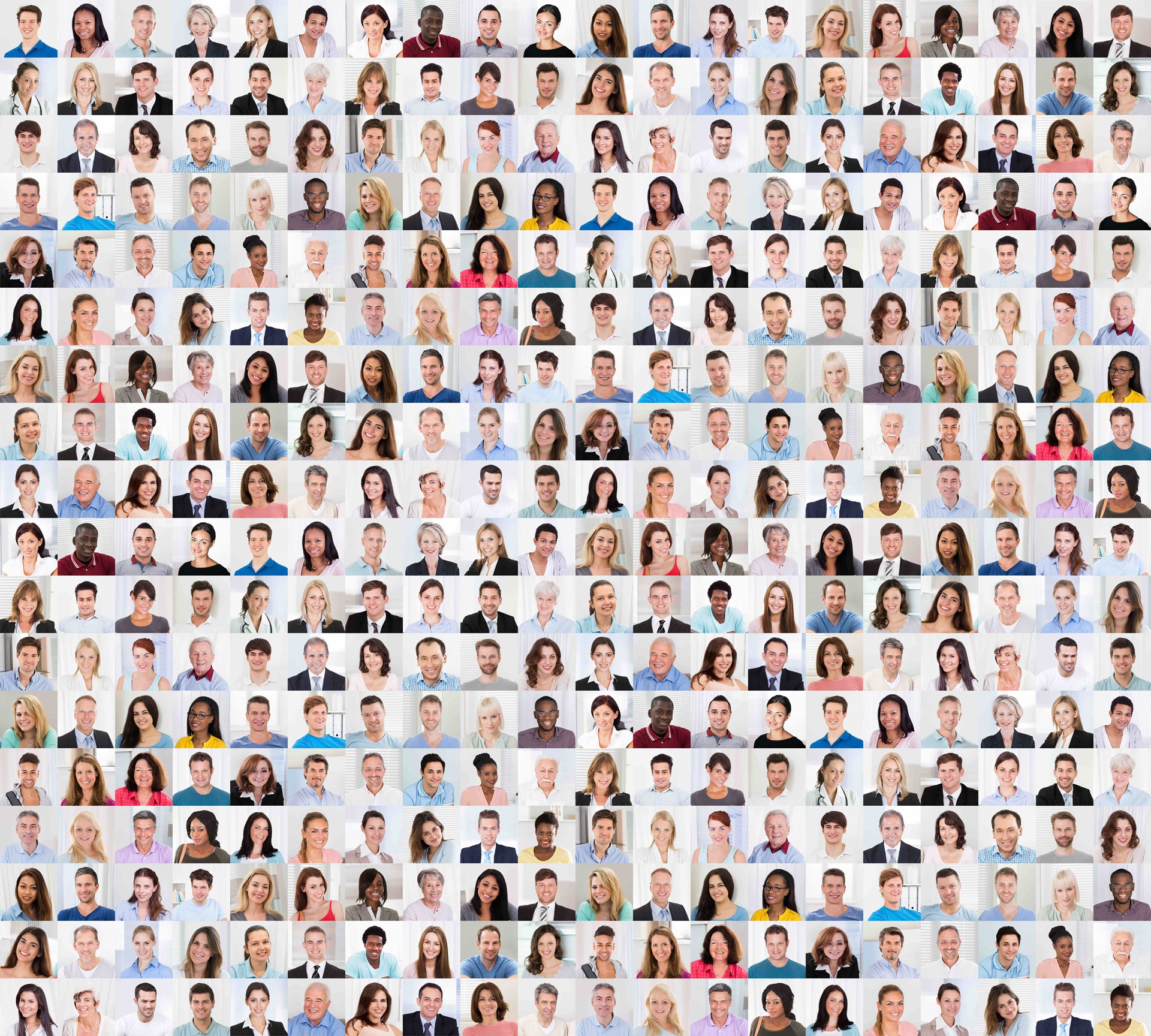 It feels strange writing about this topic, some 25 years after I had it completely settled in my mind. But nothing is ever really settled, I suppose. The claim that I had long ago concluded was a basic historical and economic fallacy is back in a big way. The claim is that society needs homogeneity to be orderly and free. It is a core claim of the alt-right and its sympathizers (and, in a different way, of the alt-left). It is what leads them to reject freedom as a path forward and embrace state control of demographics.

It’s completely wrong. If you have ever been confronted with this claim, I’m writing this article for you.

Here’s the anecdote from my past. Before his death, the now-famous “social nationalist” writer and theorist, and self-proclaimed fascist, Samuel Francis and I were talking at some luncheon. I was prattling on about liberty as usual. And he interrupted me and said, paraphrasing: “Human rights and liberty are slogans we use. Much more fundamental is demographics. You have to have homogeneity for society to be orderly and operate properly. Without that, you can forget about rights and liberties.”

Liberty is not the outgrowth of homogeneity. It is the solution to a seeming problem of heterogeneity.  I said nothing because I hadn’t really thought much about that. Was this right? You don’t hear such claims in college. People who talk like this are politically incorrect, and don’t say such things in polite company. This thinking leads to forbidden thoughts, and trends toward the celebration of civic sins like racism, sexism, and xenophobia. So I had never really come to terms with it. I didn’t have to. But that also meant that I was caught off guard. I sat there a bit confused.

It took a few days but I happened upon a realization. Liberty is not the outgrowth of homogeneity. It is the solution to the seeming problem of heterogeneity. Liberty creates institutions like commercial settings, opportunities for trade and exchange, settings for mutually beneficial trade and learning. It is precisely how liberty reconciles differences among people–and creates wealth out of disagreement–that is the very source of its great magic.

Why is there not chaos? Why is there coexistence?  Think back to the end of the religious wars. Enlightenment thinkers proposed that the solution to religious difference is not the burning of heretics and the imposition of an official creed. It was to allow people to believe whatever they wanted so long as they didn’t hurt others. And the system worked. How many other ways would this idea of freedom work? Gradually, it came to be rolled out to affect speech, the press, and trade. Eventually it led to broad emancipation of slaves and women. It created a new world, in which the power of the state was restrained and contained, and dismantled the old world of imposed hierarchy.

You don’t have to know history. Visit the bustling commercial district of any major American city and observe the crazy quilt of ethnicity, language, religion, race, and culture, where people are around buying, selling, and associating according to their own lights. Why is there not chaos? Why is there coexistence? Because the presence of commercial freedom allows everyone to pursue his or her own self interest in a way that also benefits others. Here is the beauty of the invisible hand at work.

The claim that liberty is preconditioned on the sameness of the population is to wish away the very problem that liberty is much adept at solving. After all, what is the problem that social order is trying to solve? It seeks to provide a setting in which people thrive as individuals even as the entire group is granted an opportunity for a better life. Differences between people are solved by freedom. This was an insight that changed the world for the better.

The trouble is that a homogeneous and isolated tribal unit managed from the top will always be poor. In fact, I realized, if you have a small tribe of that same race, language, religion, and cultural norms, the question of liberty does not have to be raised at all. Group coordination happens due to personal knowledge, verbal communication, and shared expectations of other’s similar needs, and it usually features a single leader.

The trouble is that a homogeneous and isolated tribal unit managed from the top will always be poor–mostly living hand to mouth, as small tribes in the Amazon do today–because the model doesn’t permit the expansion of the division of labor. It can work under some rarified conditions. But for the most part, life under imposed homogeneity eventually defaults to what Thomas Hobbes said of the state of nature: nasty, brutish, and short.

The Drive to Integrate

Liberty, on the other hand, rewards ever more integration of people of all kinds. It becomes profitable for everyone to do so. You are free to feel bigotry, racism, loathing of all other religious views, of different lifestyles and so. But when it comes to improving your life, you prefer dealing with the Jewish doctor than having a heart attack, grabbing lunch at the Moroccan restaurant, hiring the Mexican immigrant to tile your bathroom, listening to your favorite African-American pop band, and so on. And guess what? Gradually under these conditions, the primitive and tribalist ethos begins to subside.

This is precisely why any regime that seeks to enforce homogeneity must necessarily turn against the market and toward force. Recall that the Nazi Party had at first only encouraged peaceful boycotts of Jewish businesses, protest signs in front of stores, and so on, and laid out explicit instructions that no one be hurt. That didn’t work. The Nurenberg Laws were a desperate measure to address the “problem” that the market wouldn’t work to exclude people.

Or think of the American experience. There was widespread panic about immigration in the late 19th century, not that they couldn't find work but rather than the presence of Jews, Italians, Slavs, and Irish would water down the American race. Wacky theories and policies were unleashed and led to totalitarian measures like forced eugenics, marriage licenses, exterminationist plots against blacks, and so, all justified in the name of realizing homogeneity. The longing for race and cultural purity is frustrated by the existence of freedom and so the next step follows: mass violence.

There is another insight that makes the whole claim about homogeneity a bit silly. As it turns out, no one is the same. And you know this. Think of a friend who shares the same religion, race, language, and sex, and think about your different values. There is always the possibility for conflict because no two people are alike. Your friendships survive despite this because you value your friendship more than being enemies. Expand that model to the whole of the social order and you begin to understand how and why differences lead not to conflict, disorder, and acrimony but rather to friendship, prosperity, and enlightenment.

All this talk of doing away with diversity is a shibboleth. There is no pure race, no truly orthodox religion, no one language without variation, no final unity between any two people in thought, word, or deed. No one acts or thinks as a group or collective. The social world will be, always and forever, a constellation of difference. We need the best possible social system for dealing with and making something beautiful come of it.

I was so pleased to work through the problem in my own mind. As with most intellectual conflict, you end up better off as a result. I came away with a greater appreciation and understanding of what liberty means for the world. Further studies reinforced my conviction that the whole purpose of liberty is to make radical heterogeneity work for everyone.

This is why I became so enraptured by the Convivencia, the 700 period before the High Middle Ages when Islam, Judaism, and Christianity coexisted to their mutual betterment (that all groups benefited from the association is not in dispute, despite the ongoing debate about just how much tolerance for difference there really was).

To understand the awesome power of heterogeneity is to adopt a different outlook on society itself. It is to embrace the core liberal claim: society doesn’t need top-down management because it contains within itself the capacity for its own management. You come to be enraptured by Frederic Bastiat’s emphasis on harmony as the means by which we live better lives.

The opponents of liberty have been barking up this tree for some 200 years. In contrast, the mental posture that homogeneity is a necessary condition leads to a series of strange obsessions over unending conflicts in society. You begin to exaggerate them in your mind. It seems like you are surrounded by a plethora of intractable wars. There is a war between blacks and whites, men and women, gays and straights, Christianity and Islam, the abled and disabled, our nation and their nation, and so on. This is the very mindset that the left and right have in common.

And guess what? If you build a large state, these conflicts do indeed appear to be more real than they are, simply because the state pits people against each other. You begin to hate that group because its members didn’t vote for your candidate, it gets more of the tax loot, it favors various forms of imposition on your liberty. Thanks to this interventionist state, you feel as if you are surrounded by enemies and lose track of the possibility for human understanding.

Let’s return to the original claim by Mr. Francis, now widely shared and promoted by the alt-right and its sympathizers. It turns out that this is nothing new. The opponents of liberty have been barking up this tree for some 200 years, as I explain in my new book.

“You have to have homogeneity for society to be orderly and operate properly,” Francis says. This claim amounts to a rejection of liberalism itself. So let’s correct this. You have to have liberty to deal with the inescapable reality of heterogeneity. It’s the longing for sameness that leads to conflict, despotism, and impoverished human lives.

Postscript: for readers interested in the liberal theory of society, its origin and development, I highly recommend the first third of Mises's Socialism. Here he formulates a theory of cooperation and what he called the law of association, which are powerful elaborations on the theory of the division of labor. The result is a robust and serious social theory–one that Mises himself never again explained in this degree of depth in any of his works. I personally find it the best explanation of society and property and progress I've read.