How High Are Cigarette Taxes in Your State?

Sin taxes may make the government some extra spending cash, but they end up harming the very Americans they’re meant to help.

In 1791, the United States implemented the first “sin tax”—a levy on domestically produced spirits to fund its war debt. (It resulted in an insurrection.)

Over the next two hundred years, such taxes would expand in both scope and size to include tobacco, gambling, marijuana, sugary drinks, and even plastic bags. Such sin taxes have been controversial and are ever-changing. The tax on cigarettes, for example, varies vastly across state lines and affects different sections of the population in different ways. 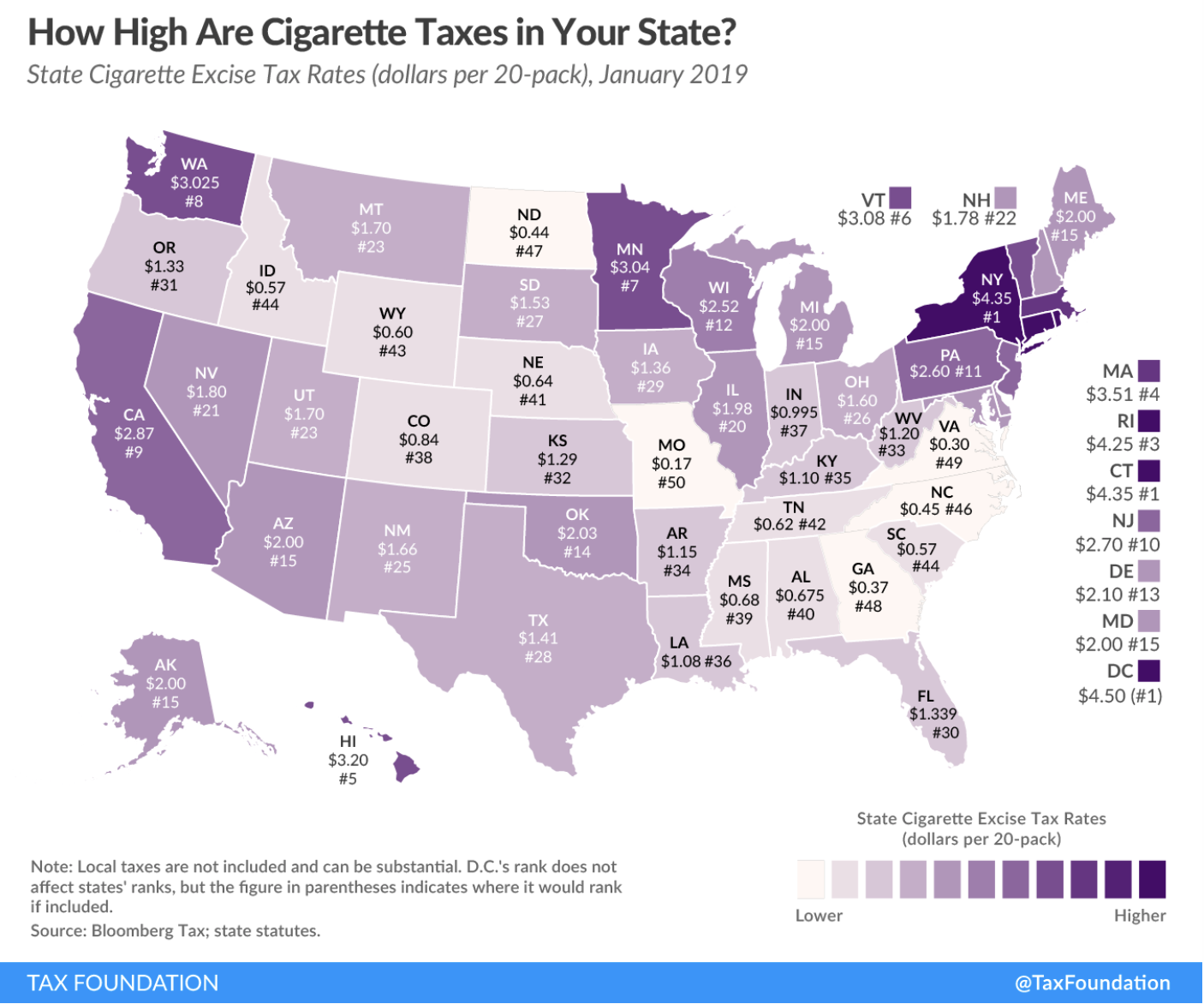 According to this chart from the Tax Foundation:

When a consumer purchased a pack of cigarettes in 2016, federal and state taxes made up 44.3 percent of the final price, on average. It’s important to note that local cigarette taxes also apply in some states, even though they’re not included in this map. In Chicago, for example, the combination of state, county, and city taxes add $6.16 to the price of a pack of cigarettes. In New York City, smokers pay $5.85 in taxes alone on a pack of cigarettes.

In many places, we can conclude, government makes more off a pack of cigarettes than tobacco companies. Here are the 10 states with the highest per-pack cigarette taxes:

And the United States isn’t the only country with such taxes. In 2016, Australia announced its plans to raise the cost of a pack of cigarettes to 40 Australian dollars per pack, which is about 28 US dollars. In Bosnia and Herzegovina, the tax accounts for 86 percent of the total price of a pack.

Higher cigarette taxes may deter smoking, but that effect goes down statistically the lower the person’s income. This means that those who already have a lower income are the ones who end up paying most of these taxes.

Sin taxes may make the government some extra spending cash, but they end up harming the very Americans they’re meant to help.