Friedman's favorite book on trade has also been called "the best-argued tract on free trade to this day.”

I had marked my calendar to remember to post something this year on September 2 for what would have been Henry George’s 179th birthday; he was born on that day in 1839 in Philadelphia, and he died on October 29, 1897. But I somehow missed that date in September, so am posting a belated tribute to one of the greatest trade economists of all time, Henry George! 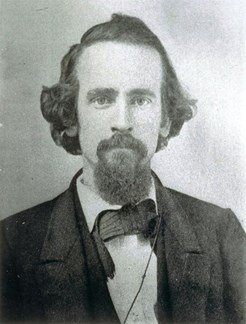 The excerpts below are from Henry George’s 1886 book Protection or Free Trade, which was Milton Friedman’s favorite book on trade, according to the Cato Institute’s Jim Powell, who wrote about the Henry George classic in his 2016 Wall Street Journal op-ed “Milton Friedman’s Favorite Book on Trade.” Friedman called it the most rhetorically brilliant book ever written on trade, and it was also the first book to be read entirely into the Congressional Record. According to Powell, Protection or Free Trade was probably the best book on trade written by anyone in the Americas. He compared it to Adam Smith’s Wealth of Nations. George Mason economist Tyler Cowen wrote in 2009 in that George’s 1886 book “remains perhaps the best-argued tract on free trade to this day.”

Some of the Henry George quotes below were featured in Jim Powell’s WSJ 2016 op-ed, but I’ve expanded some of those, and I’ve also included additional ones from the full text of Protection or Free Trade, available online here from The Liberty Fund. This should be required reading for Donald Trump and all other protectionists/scarcityists who think trade is win-lose and who advocate tariffs and protectionism as a way to make the United States better off economically.

1. Maximize Imports, Not Exports: If foreigners will bring us goods cheaper than we can make them ourselves, we shall be the gainers. The more we get in imports as compared with what we have to give in exports, the better the trade for us. And since foreigners are not liberal enough to give us their productions, but will only let us have them in return for own productions, how can they ruin our industry? The only way they could ruin our industry would be by bringing us for nothing all we want, so as to save us the necessity for work. If this were possible, ought it seem very dreadful?

2. Voluntary Trade is Mutually Beneficial: Trade is not invasion. It does not involve aggression on one side and resistance on the other, but mutual consent and gratification. There cannot be a trade unless the parties to it agree.

3. Exposing Protectionist Fallacies: In a profitable international trade the value of imports will always exceed the value of the exports that pay for them, just as in a profitable trading voyage the return cargo must exceed in value the cargo carried out. This is possible to all the nations that are parties to commerce, for in a normal trade commodities are carried from places where they are relatively cheap to places where they are relatively dear, and their value is thus increased by the transportation, so that a cargo arrived at its destination has a higher value than on leaving the port of its exportation. But on the theory that a trade is profitable only when exports exceed imports, the only way for all countries to trade profitably with one another would be to carry commodities from places where they are relatively dear to places where they are relatively cheap. An international trade made up of such transactions as the exportation of manufactured ice from the West Indies to New England, and the exportation of hot-house fruits from New England to the West Indies, would enable all countries to export much larger values than they imported. On the same theory the more ships sunk at sea the better for the commercial world. To have all the ships that left each country sunk before they could reach any other country would, upon protectionist principles, be the quickest means of enriching the whole world, since all countries could then enjoy the maximum of exports with the minimum of imports.

4. Exposing Tariff Fallacies: To every trade there must be two parties who mutually desire to trade, and whose actions are reciprocal. No one can buy unless he can find someone willing to sell; and no one can sell unless there is some other one willing to buy. If Americans did not want to buy foreign goods, foreign goods could not be sold here even if there were no tariff. The efficient cause of the trade which our tariff aims to prevent is the desire of Americans to buy foreign goods, not the desire of foreign producers to sell them. Thus protection really prevents what the “protected” themselves want to do. It is not from foreigners that protection preserves and defends us; it is from ourselves.

5. On the Fallacy of Protecting Infant Industries: What are really infant industries have no more chance in the struggle for governmental encouragement than infant pigs with full-grown swine about a meal-tub. Not merely is the encouragement likely to go to industries that do not need it, but is likely to go to industries that can be maintained only in this way, and thus to cause absolute loss to the community by diverting labor and capital from remunerative industries.

6. Protectionism = Force: Trade does not require force. Free trade consists simply in letting people buy and sell as they want to buy and sell. It is protection that requires force, for it consists in preventing people from doing what they want to do. Protective tariffs are as much applications of force as are blockading squadrons, and their object is the same—to prevent trade. The difference between the two is that blockading squadrons are a means whereby nations seek to prevent their enemies from trading; protective tariffs are a means whereby nations attempt to prevent their own people from trading. What protection teaches us, is to do to ourselves in time of peace what enemies seek to do to us in time of war.

7. On the Fallacy of Trade Retaliation: And in the same way, for any nation to restrict the freedom of its own citizens to trade, because other nations so restrict the freedom of their citizens, is a policy of the “biting off one’s nose to spite one’s face” order. Other nations may injure us by the imposition of taxes which tend to impoverish their own citizens, for as denizens of the world it is to our real interest that all other denizens of the world should be prosperous. But no other nation can thus injure us so much as we shall injure ourselves if we impose similar taxes upon our own citizens by way of retaliation.

Happy Belated Birthday to Henry George—his timeless insights about trade, protectionism, and trade retaliation are just as fresh and relevant today as in the late 1800s, and maybe even more so today than ever before given the recent popularity of protectionism.