He Was a Middle-School Loan Shark

They condemn what they do not understand 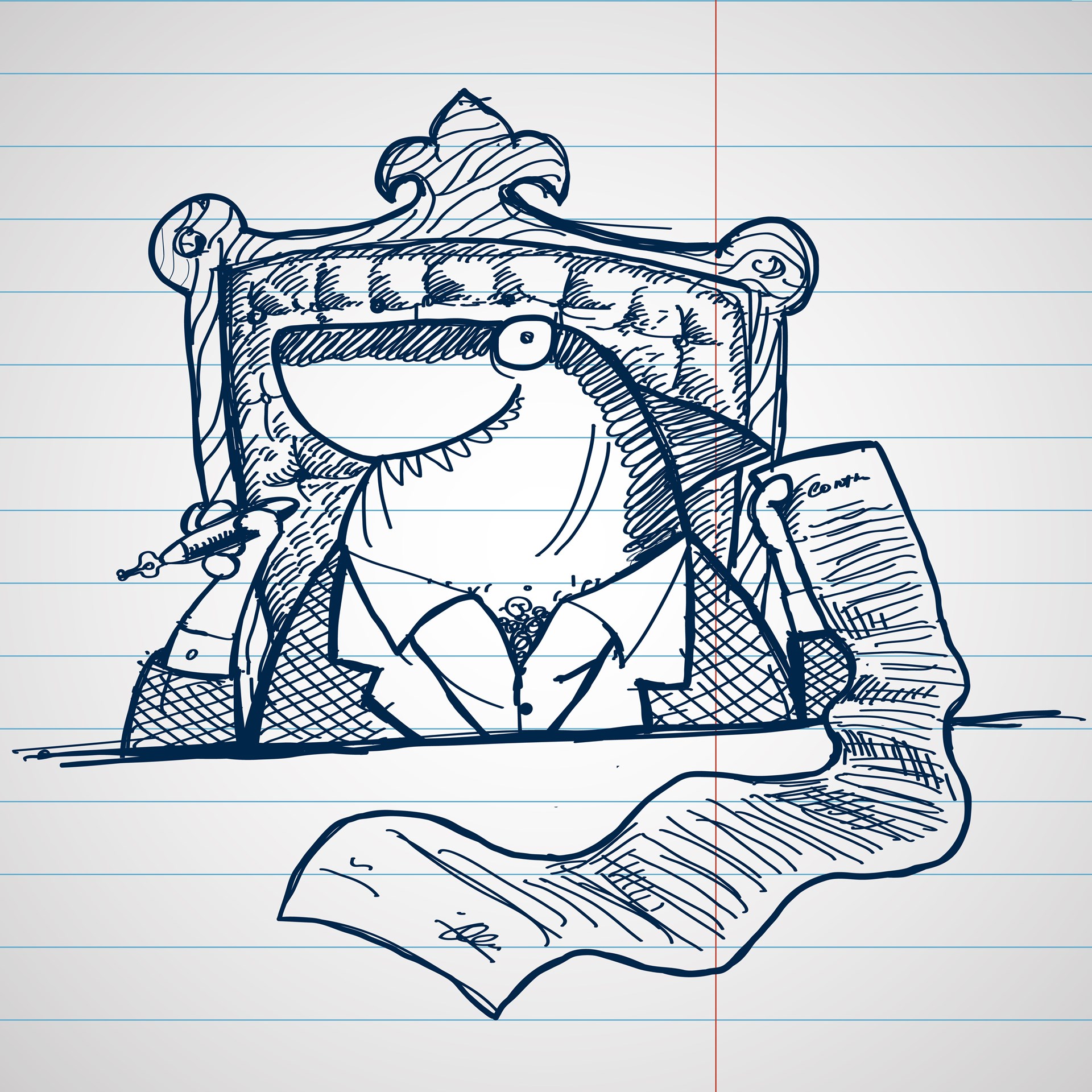 It came out in passing last night, in discussions with a smart 17-year old, that he got in deep trouble in middle school. He was accused of loan sharking, and forced to do detention.

See if you think there is anything wrong with what he did.

They condemn what they do not understand.The middle school cafeteria had candy machines. Every candy cost a dollar. My friend carried extra ones with him. He would buy candy, and immediately people would ask if he could loan them money. He did. More and more people asked. He continued to loan people money and only some would pay him back. His charity was losing him money.

So he had an idea. He would loan anyone a dollar. However, the next day they had to pay him two dollars. This was great because it weeded out people who were not serious about their candy needs, and got rid of those who had no intention of paying him back. His idea helped to ration his scarce resources. It had the additional advantage of making him some money, which incentivized him to make funds available.

Everyone was happy. He made money. They got their candy. Most everyone paid him back. If he began the week with $5, he ended the week with $10. This was nice. No one was hurt.

If a person was late in paying, he added an additional dollar for each day. Otherwise, why would people pay sooner rather than later? So if you borrowed one dollar on Monday, and didn’t pay until Friday, you would owe $5.

Of course he did have to start keeping books on who borrowed from him. He would sometimes have to hunt them down the next day. Sometimes people need gentle reminders, of course. Mostly people paid.

He was also rather merciful. Once a person got behind by three full weeks. She technically owed $15 on a $1 loan. He came to her and said, “let’s settle this debt today. I’ll take $10 and we can call it even.” She was relieved and happily paid.

My friend was making lots of money. And why? Because many students wanted candy and failed to make the proper financial preparations to purchase it. He was there to facilitate an exchange. They would get candy now, which is what they wanted, and he would be rewarded for anticipating their desires.

So far, I see nothing wrong with this at all.

This is not exactly a member of the Medici banking family here. However, you could express this in more severe terms. People often criticized payday loans for charging an annual percentage rate of 100-700%. Scandalous, right?

Keep in mind that we are talking about a 13-year old kid here. This is not exactly a member of the Medici banking family here. He was just trying to help people with a two-party win.

But as his financial holdings grew, and his practices became more formalized, his business became ever more lucrative. That’s when news of his empire began to leak to teachers and parents.

Predictably, there was mass outrage. He was hauled in and accused of “loan sharking.” There was a trial. He was declared guilty. He was put on detention and humiliated publicly.

Once he was out of the picture, kids no longer had any means of getting financing for their candy fixes. They just stood in front of the machines staring blankly. It’s hard to see how the overall middle-school economy was improved by this crackdown.

The response of the parents and teachers was a typical example of mob behavior against intelligent capitalist practices. It’s been going on for hundreds of years, particularly hurting people who make money with their minds through financial savvy.

This was the basis of anti-semitism from the middles ages through the Nazi period, since, as Milton Friedman has explained, Jews have traditionally specialized in the enterprise of money-lending.

And it goes on today, with all the frenzy against usury, payday loans, pawn shops, and so on. Even the Occupy movement sampled some of this populist outrage against money-making.

Damnant quod non intellegunt. They condemn what they do not understand.